For our first ever sleeper bus experience Jodie and I left Hanoi and headed to Sapa which was roughly a 10 hour drive north into the mountains. The bus cost $10 pp one way and left at 8pm. Travelling on bus with beds took a little bit of getting used to but we were exhausted and fell asleep as soon as the novelty wore off. Try and get a bed on the lower level because the higher ones get more movement when the bus turns and goes over a pot-hole. Also make sure you have a blanket because the aircon is freezing (always) and some water. Most buses have toilets so they don't make pit stops but try not to drink too much before you get on.

Because we only had one night in Sapa (with an overnight bus on either side) we had left the majority of our luggage in our hostel in Hanoi, each just bringing some toiletries and a change of clothes. Neither of us had predicted how cold it was going to be and I had to wear everything that I had brought just to keep out the wind. When we arrived it was ridiculously foggy which made it hard to navigate our way around the town (especially considering we had just woken up). We ended up finding a cafe with wifi and getting some breakfast while we waited hopefully for the fog to clear. Once we had cleared our heads and worked out a bit of a plan we decided to walk down to the CAT CAT village which was about a kilometer or 2 out of town. The walk down was pretty easy and because the village sat in the rice paddies below Sapa we were under the fog and could actually see!! We spent the morning hiking through the village, walking past waterfalls and buffalo while we waited for the weather to clear. Unfortunately the fog didn't lift and we ended up climbing back into town and hiring a scooter which cost us 200000 dong for 2 days ($6 a day) and an extra 50 000 for petrol. We needed a bike because the accommodation we had booked was outside the main Sapa town and to get their we either had to get a 20 minute taxi or hire a bike and the bike was a more independent and cheaper option. The half hour drive along the winding roads in the mountains would have normally been a dream come true but as we were unprepared for the weather my knuckles were blue on the accelerator and I just wanted to get into the warm. At this point I had contracted some pretty serious food poisoning (with a fever to match) and I was ridiculously pleased when we reached our beautiful hostel.

We were greeted with hot towels and an open fire and shown our 'dorm' beds which were like no-other i'd ever seen. The hotel/hostel had private bungalows with thatched roofs and a large bungalow above the lounge/common area with dorm beds. Each bed had its own silk curtains completely blocking it off from the rest of the room and was adorned with crisp white sheets and plush duvets. We happened to get two beds next to each other with one on the corner of the bungalow next to 2 windows/doors that opened out to the most beautiful view of the mountains and rice paddies. We pushed both beds together, opened the doors as wide as they would go and spent the afternoon snuggled under the duvets reading and glancing out over the view.  My sickness made me ridiculously weak and I spent a lot of time climbing up and down the ladder to the bathroom so I wasn't in any condition to explore. For dinner we ate at the hotel's restaurant which was quite expensive but beautifully presented. I couldn't stomach any more than plain rice but lucky Jod got a vegetable dish with chicken and we shared a pot of ginger tea before bed.

The weather the next morning wasn't much better although the lowest mountains were in view which was enough to get us excited. We were up at 6 and after a long breakfast on the balcony we checked out and headed off on the bike to explore the towns in the valley below. The rest of the day was cold and misty with the weather not really clearing until late afternoon and even then it still wasn't ideal. We rode to the Silver Waterfall which was about a half hour drive out of Sapa Town (in the opposite direction to Lao Cai). My hands literally froze into the shape of the bike's handles and the waterfall was okay but hardly anything to write home about. It was 20000 per person entry as well. Once we got back into town we walked around a bit and returned the bike before we found a restaurant to make our base for the rest of the night before our bus at 9pm. I wasn't eating anything because I was still extremely sick (with the prospect of a 10 hour bus ride ahead of me) but we used the wifi and brushed our teeth and Jod had some fried rice.  Jodie also hiked to the top of one of the mountains in the town just before sunset. I wasn't in a state to stand up, let alone hike, so I waited for her at the bottom but she said the view was amazing. So if you're in Sapa and not projectile vomiting definitely head up there, especially around sunset. Entrance to the hike is 40 000 pp.

We stayed in the Eco Palms Lodge which was $20 a night pp (a lot more than our usual budget, but oh-so worth it) Its located in Lao Cai village which is a fair distance outside Sapa but is far less congested and is a destination in itself.

To get back to Hanoi we got another overnight bus which we pre-booked in Hanoi. It was overbooked and half the people waiting didn't get on so a back up plan won't go astray as it would have been hell to be stuck in the cold misty town overnight.

As far as weather goes, our experience was pretty sub-par in comparison to what it could have been because we pretty well couldn't see the mountains the entire time. If you have the option try and watch the weather and choose to go when its predicted to be 100% sunny because the clouds can really fuck up your plans and in all honesty the mountains are why you go to Sapa in the first place. 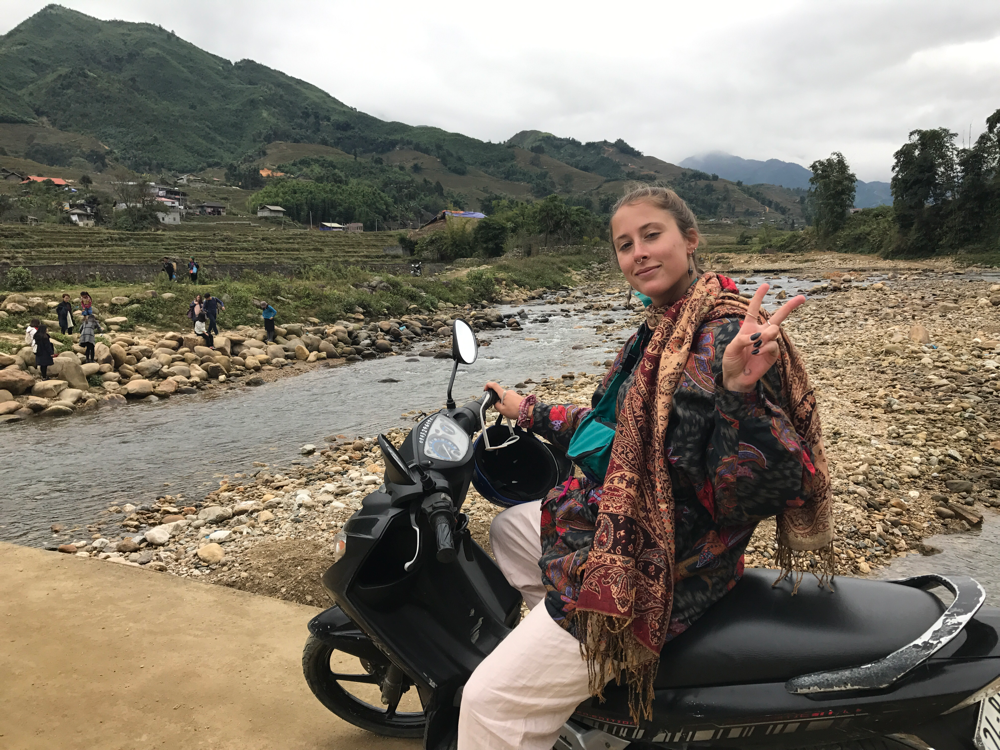 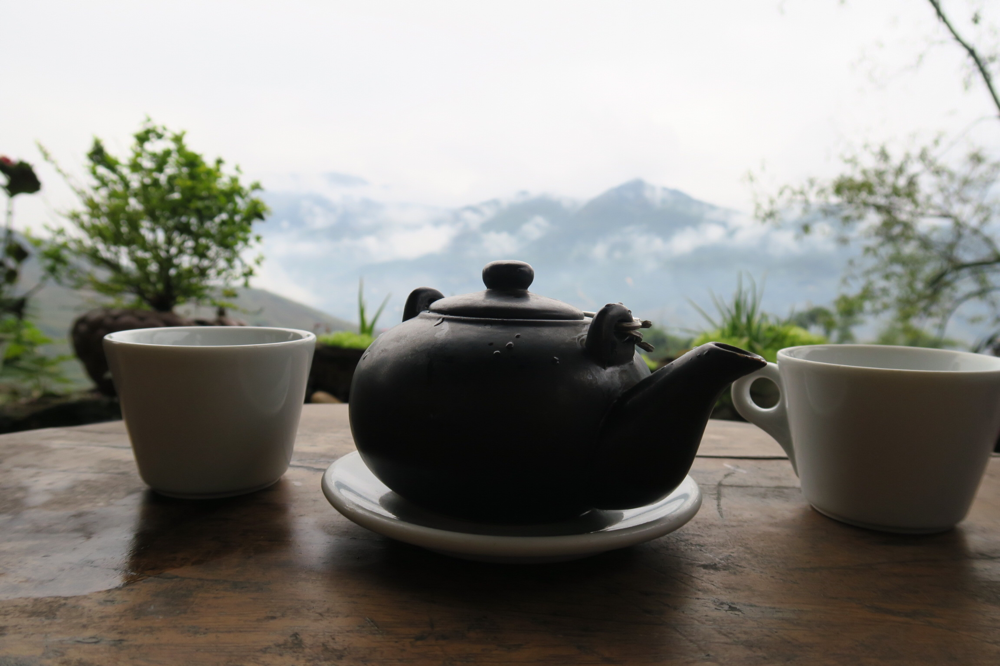 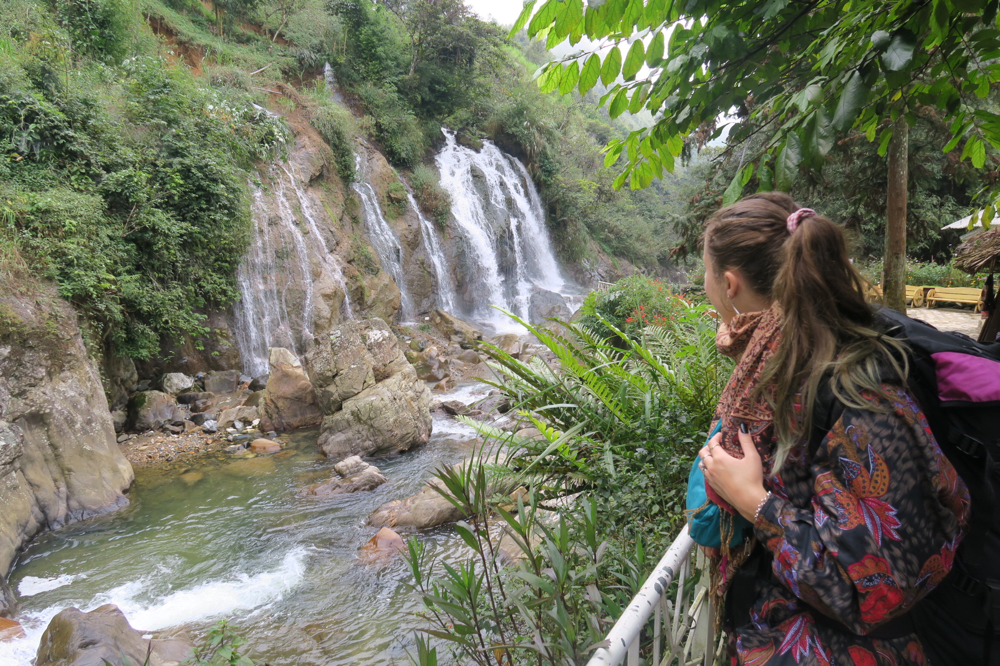 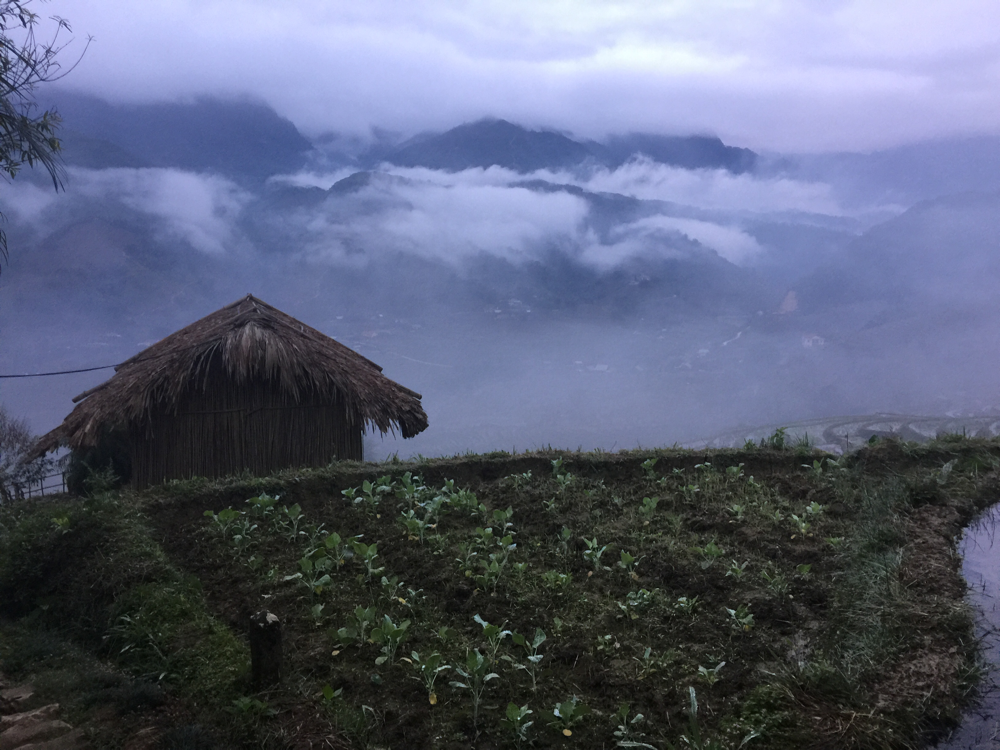 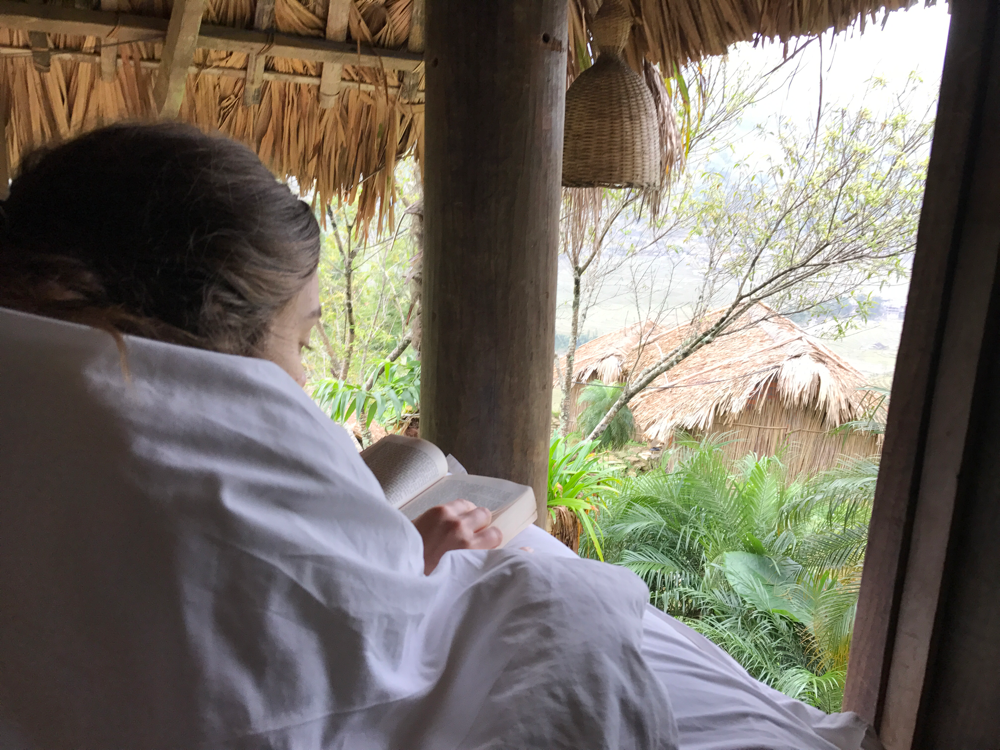 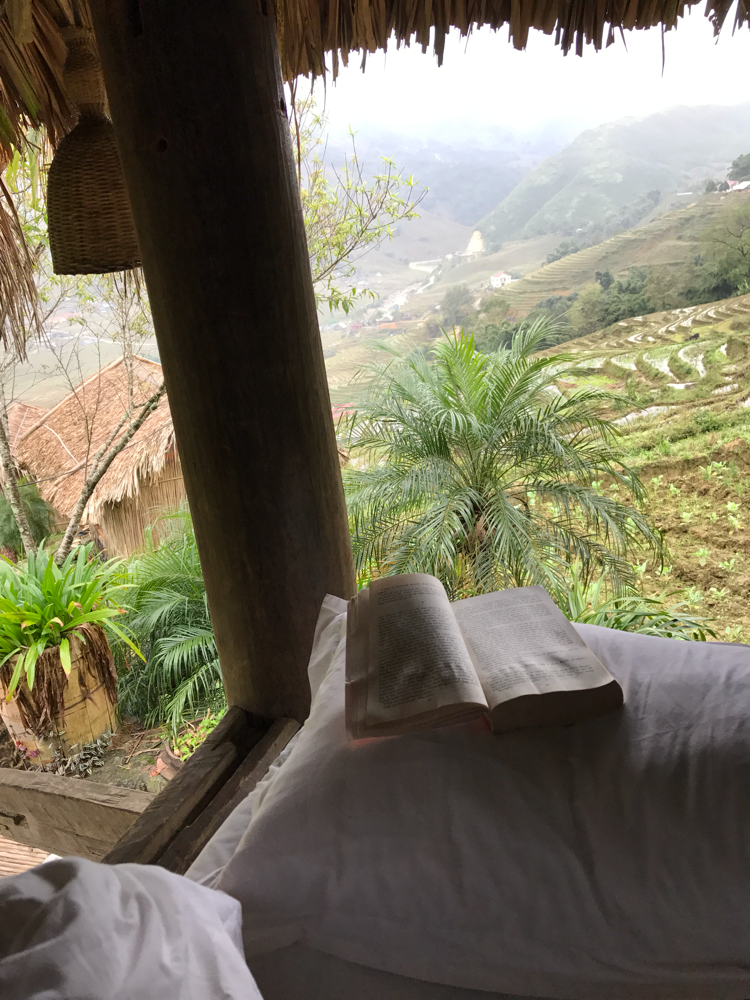 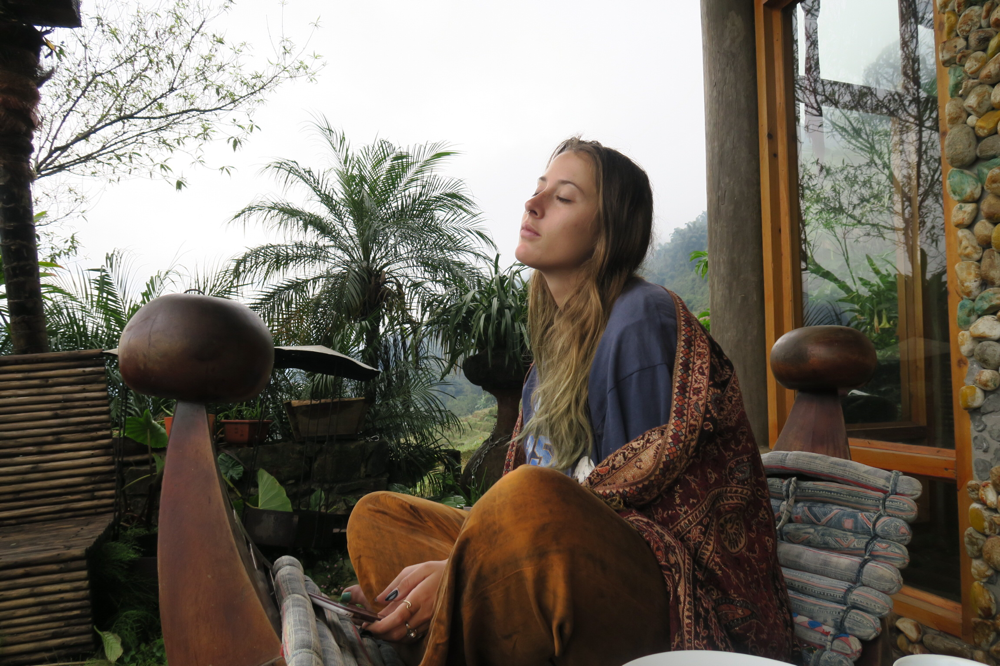 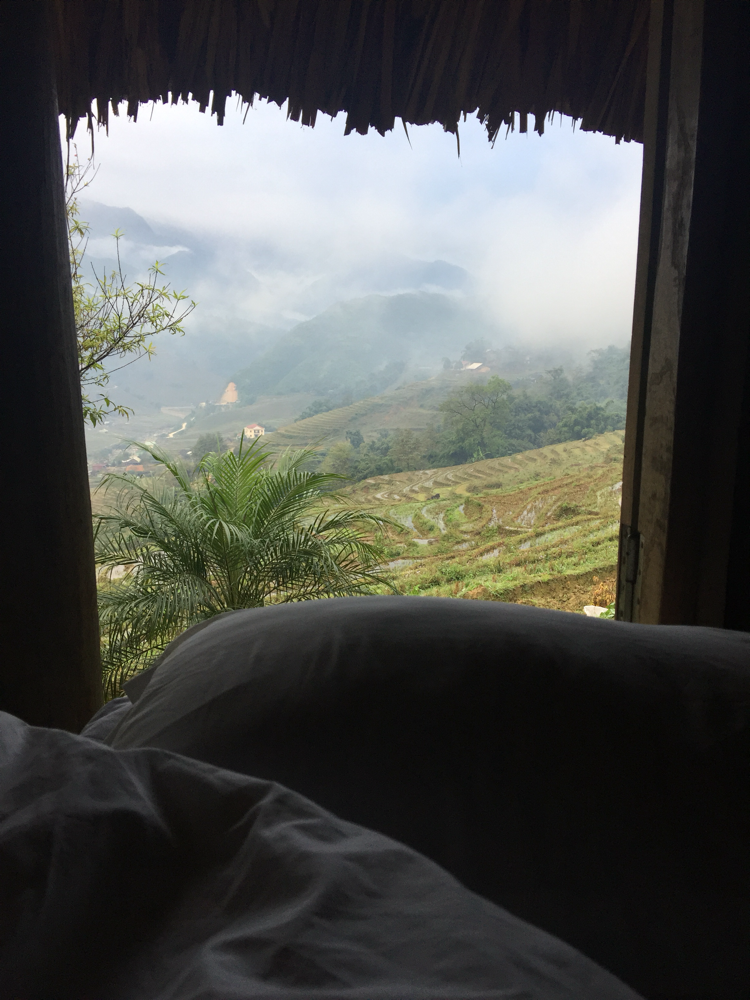 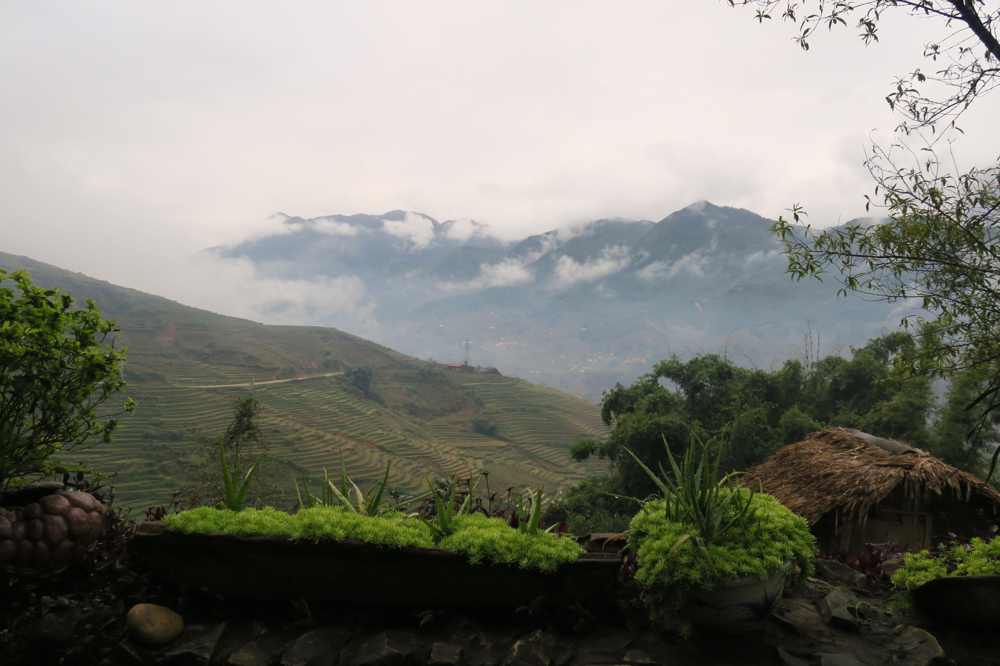 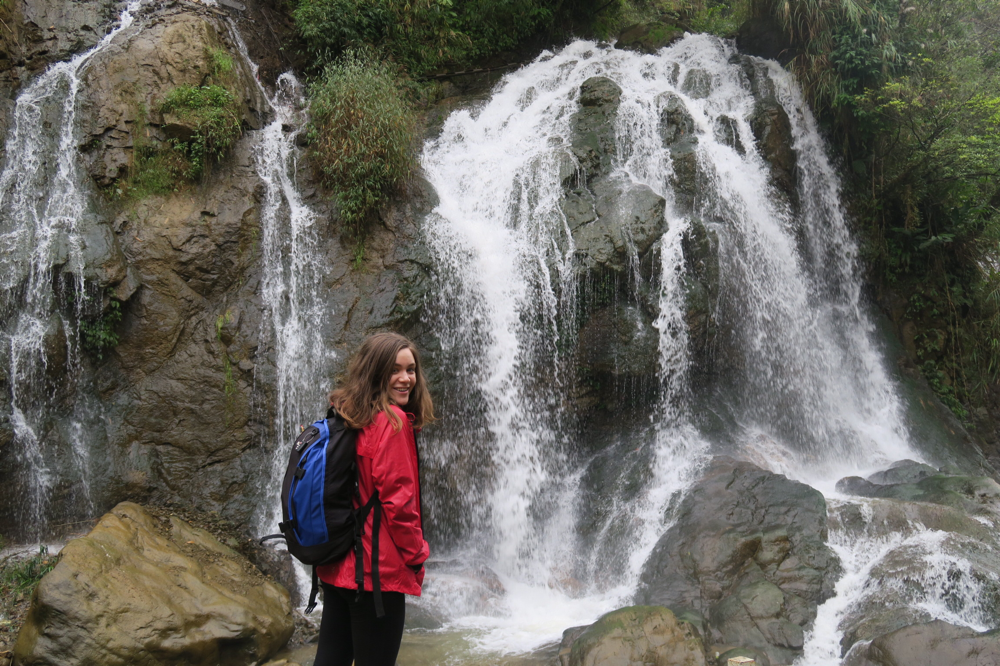 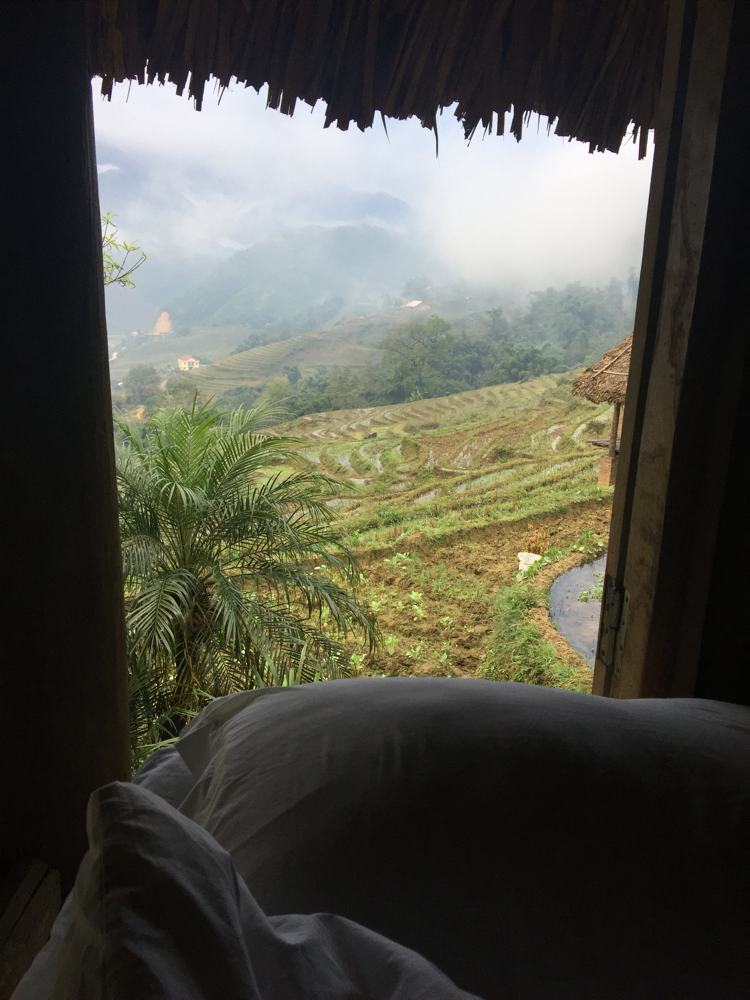 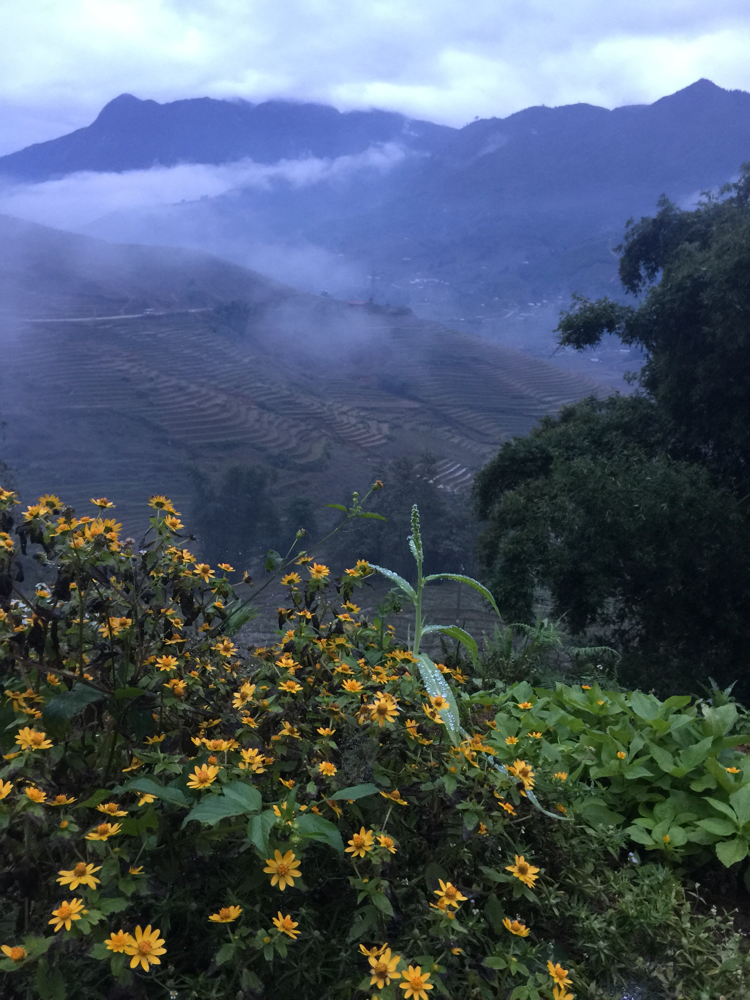 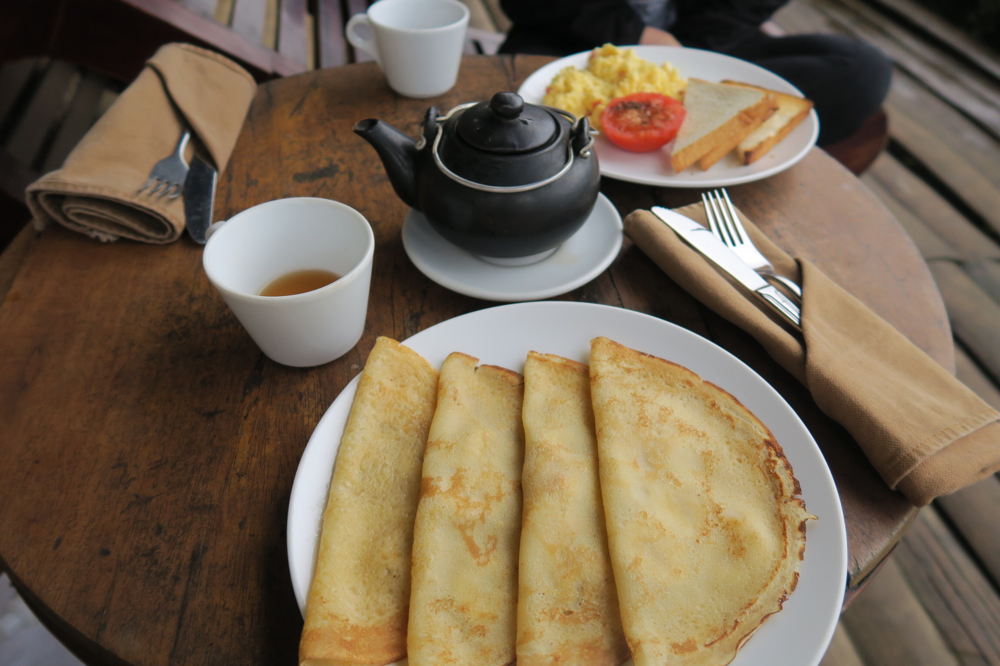 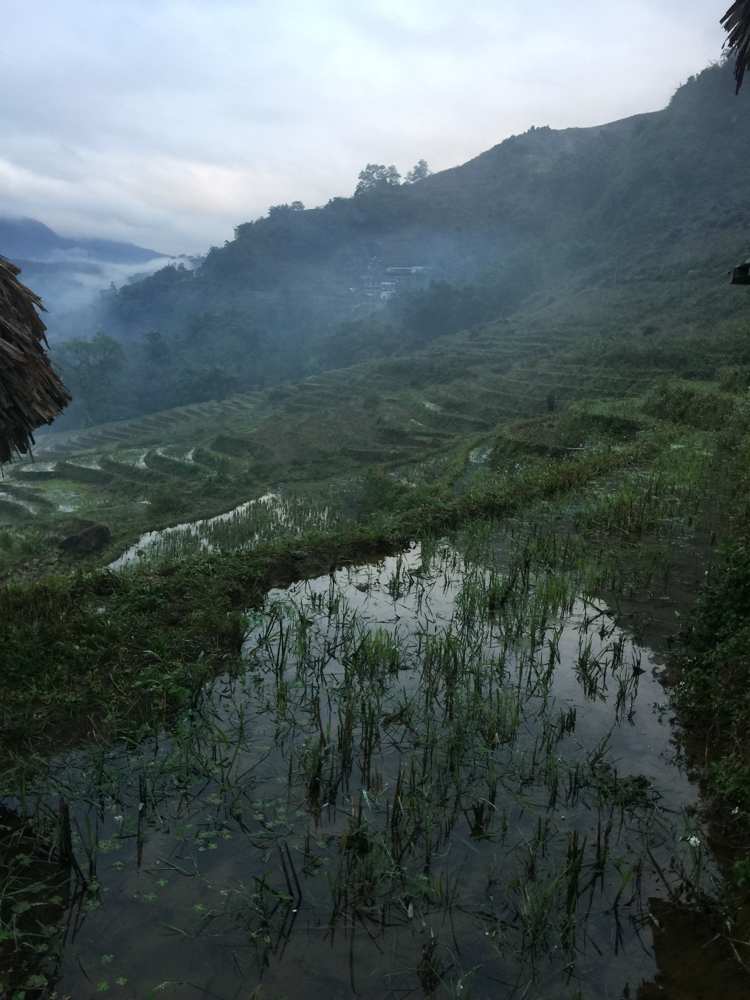 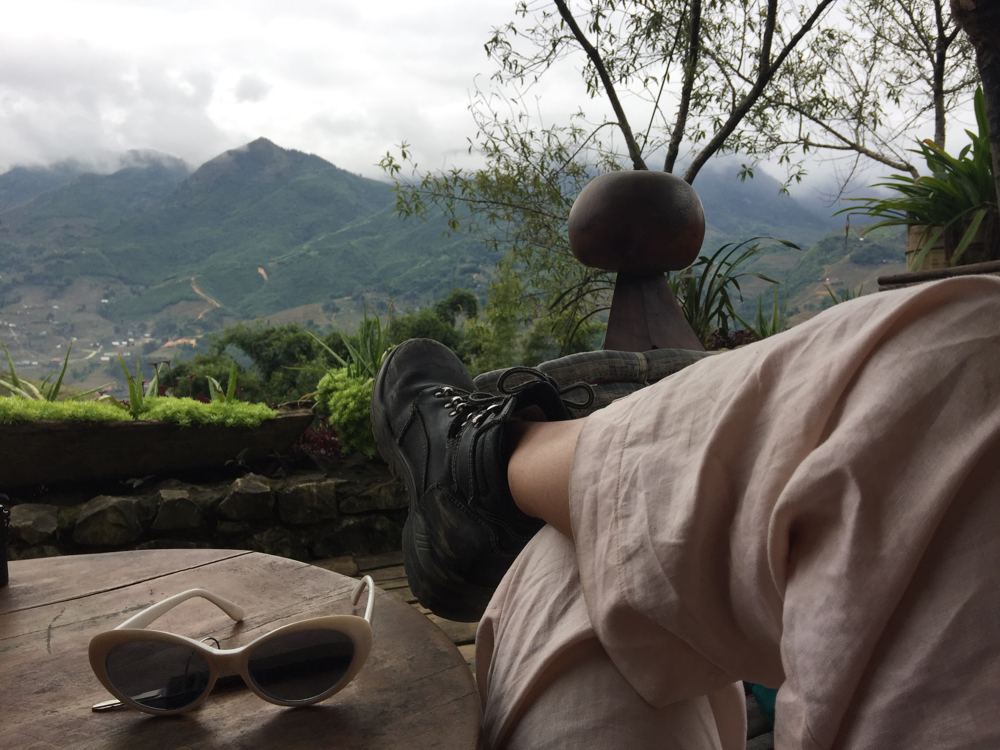 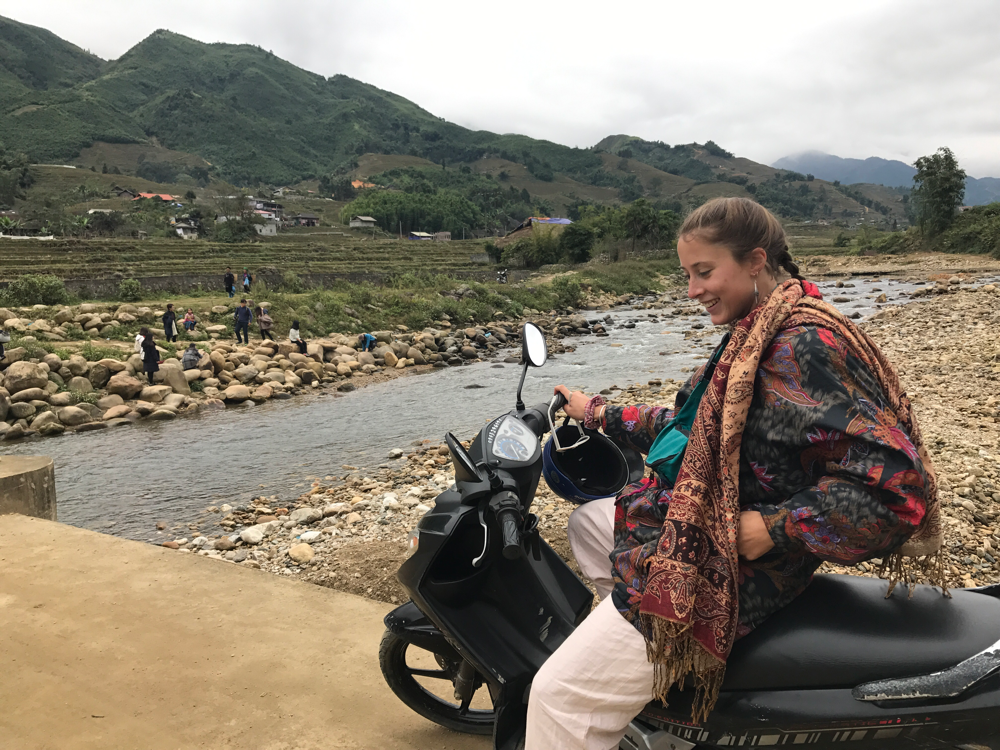 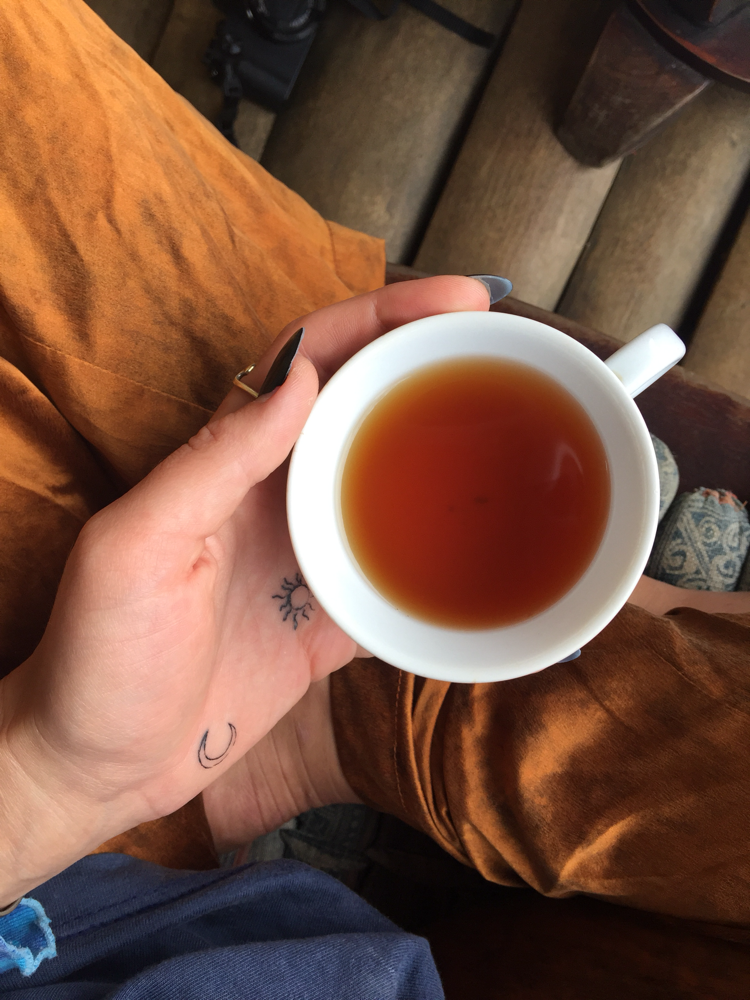 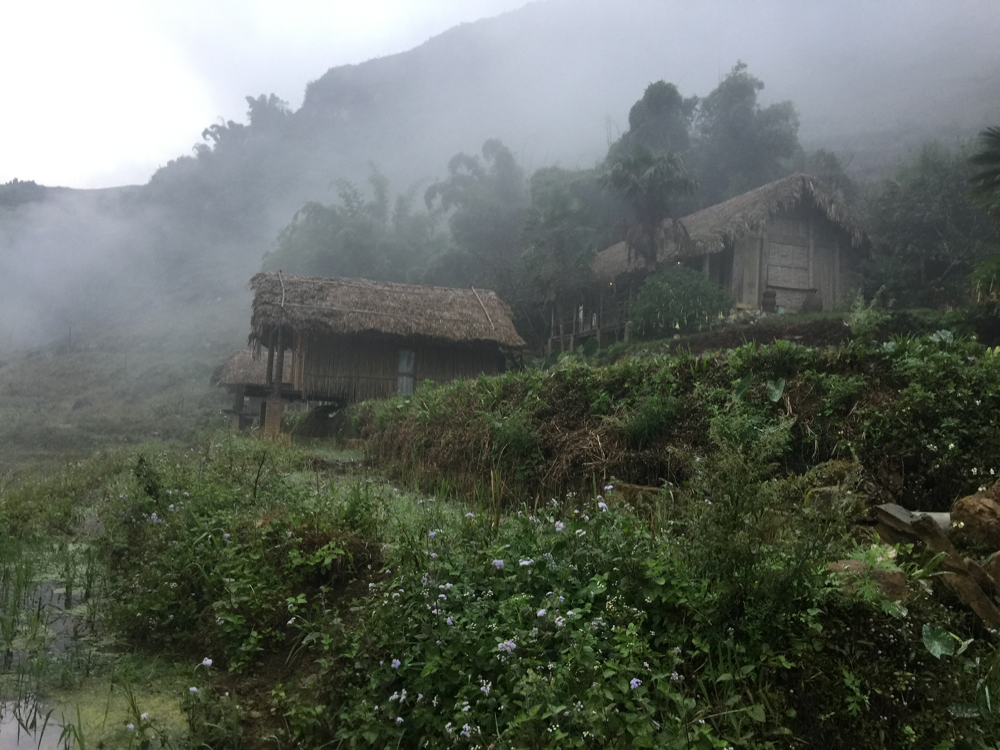 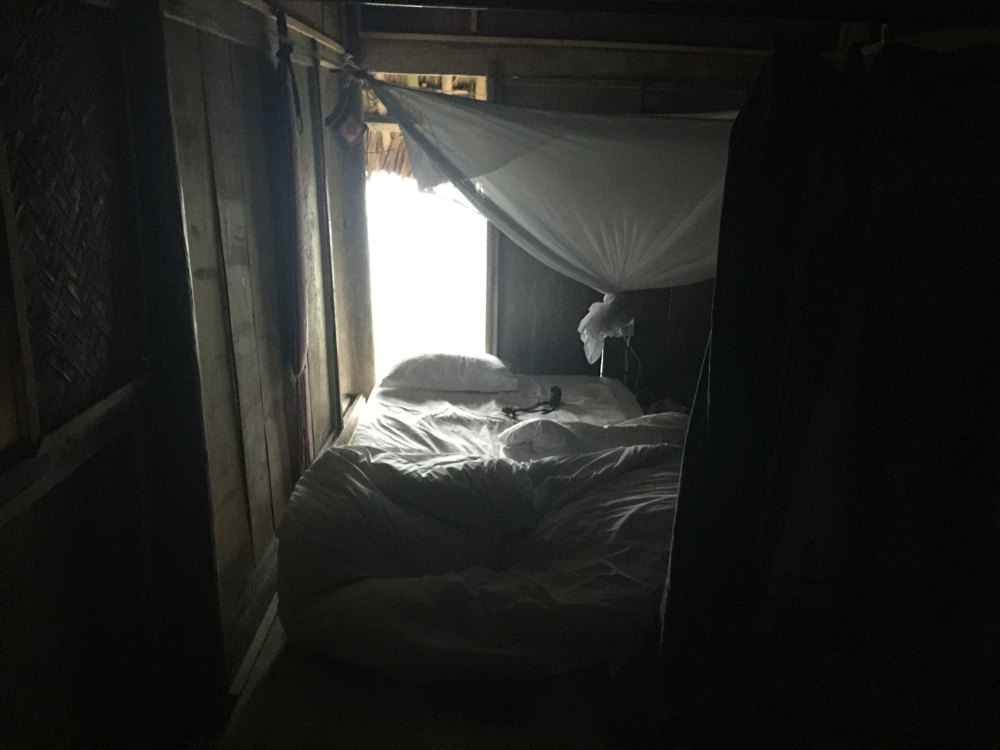 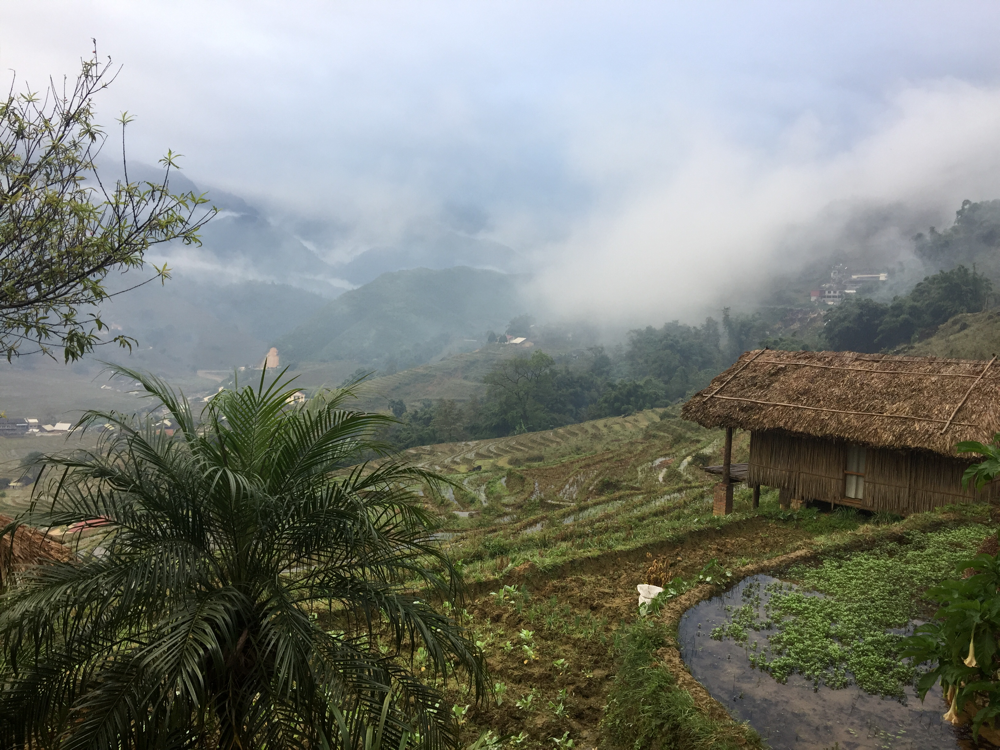 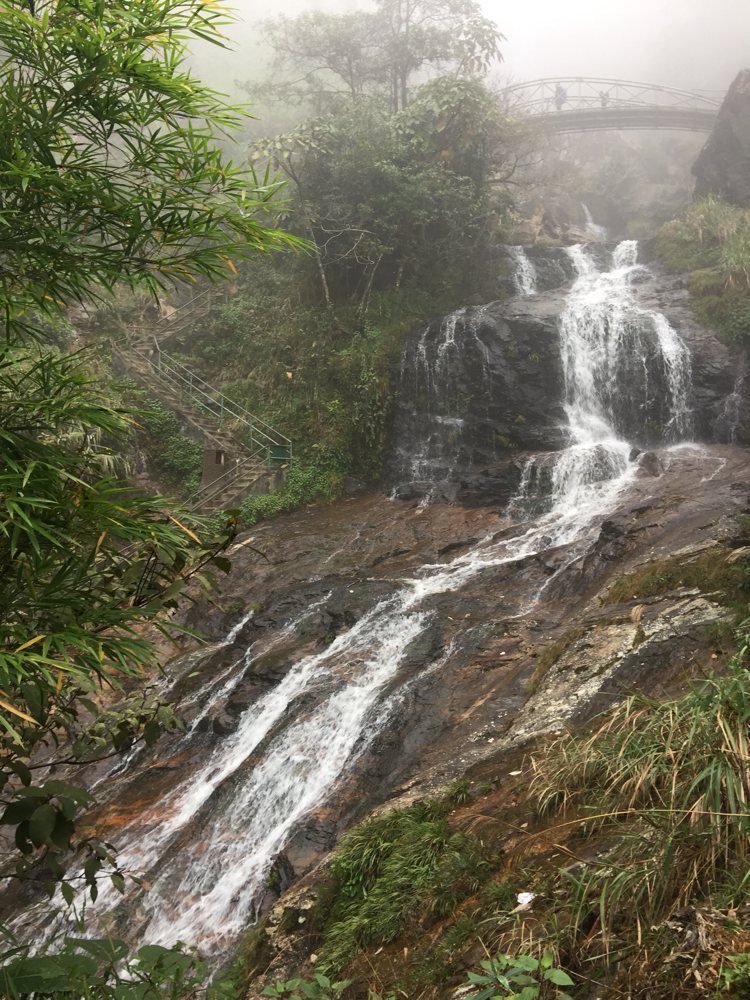 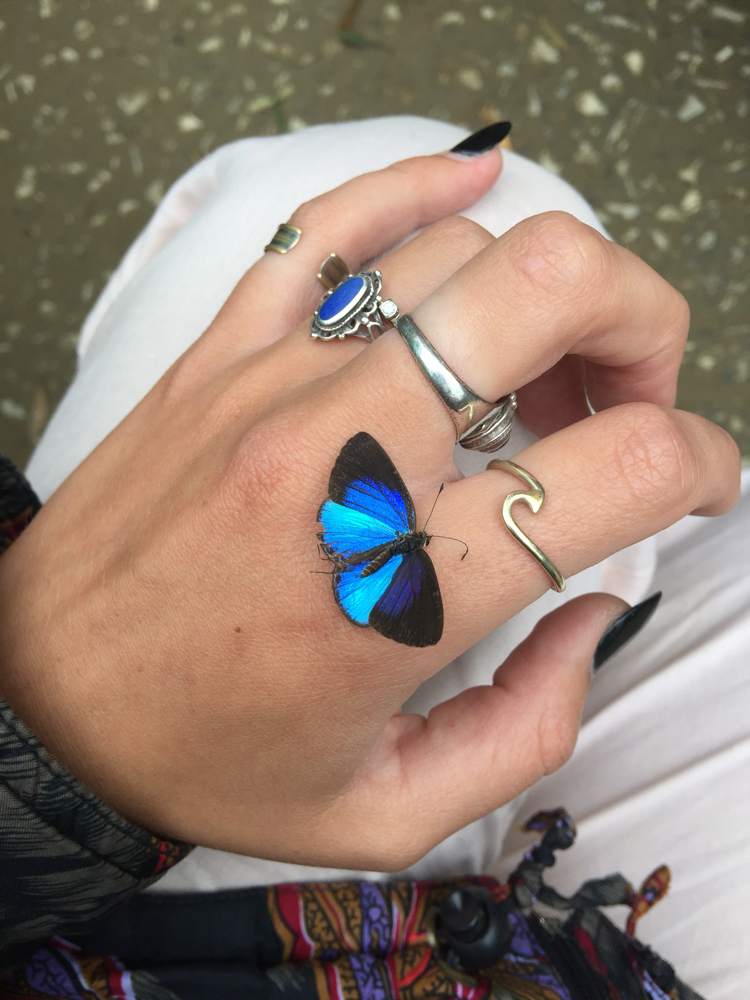 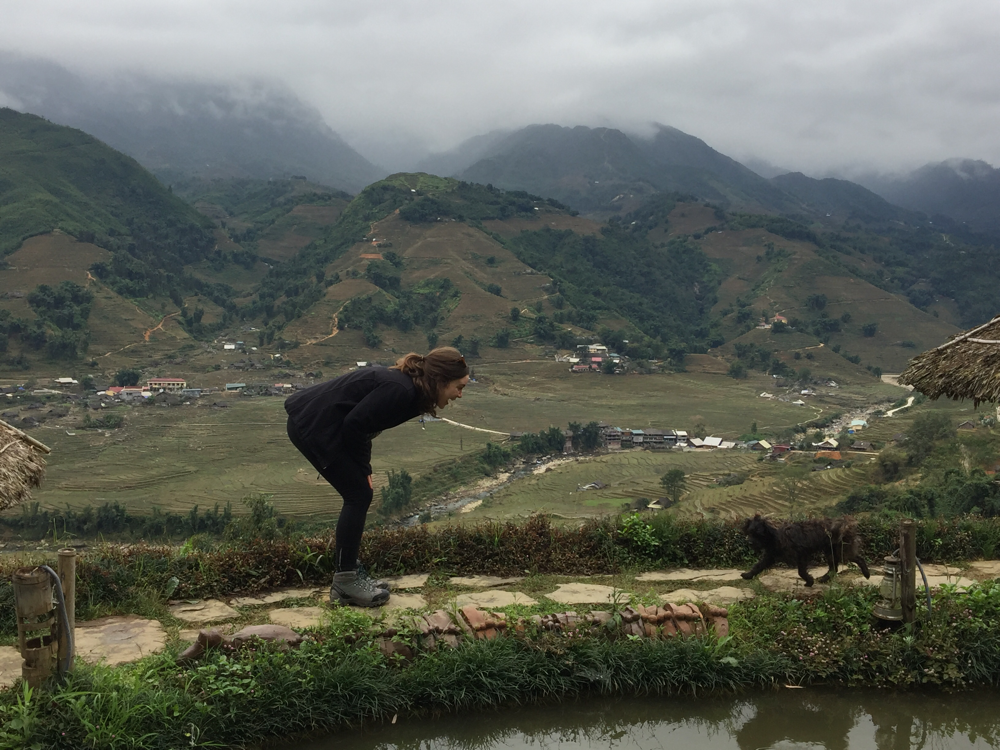 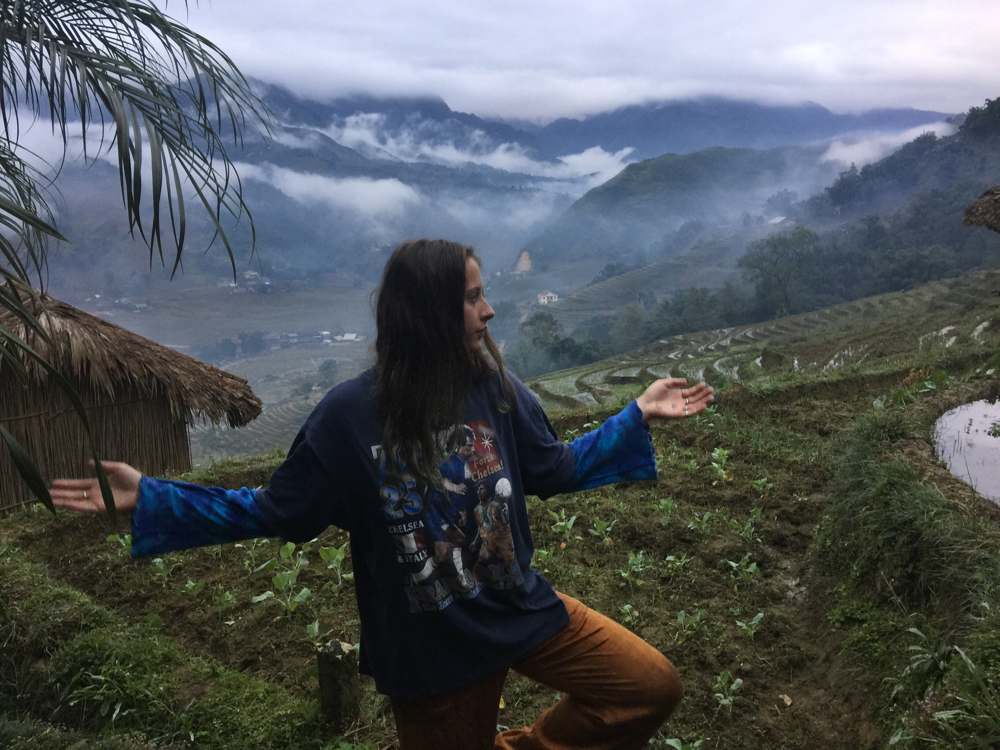 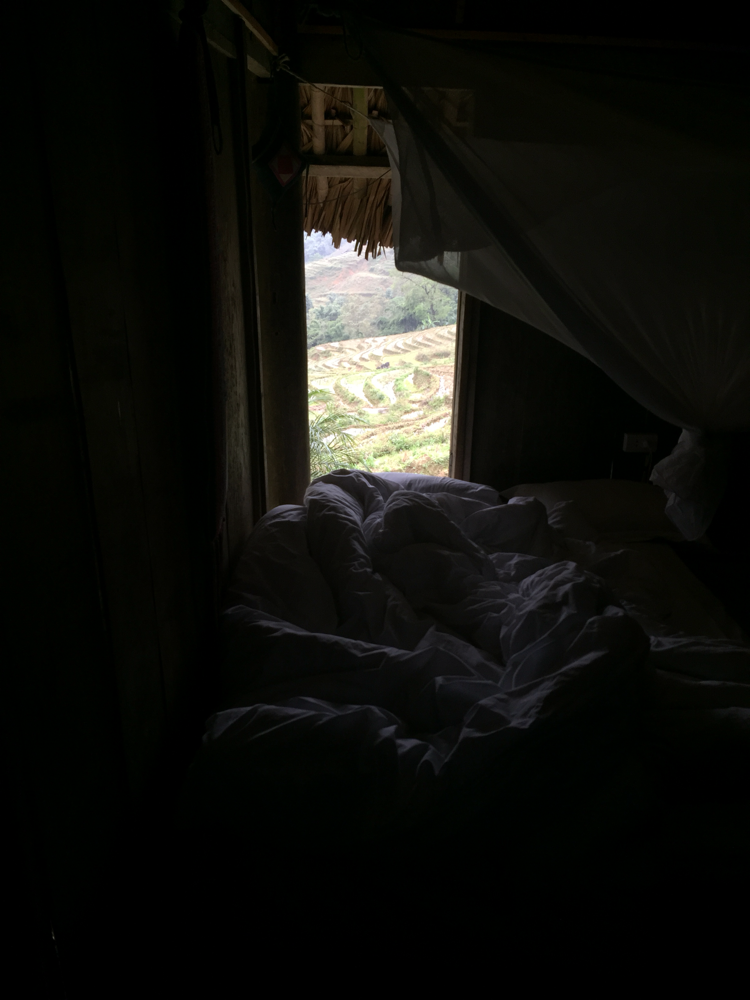 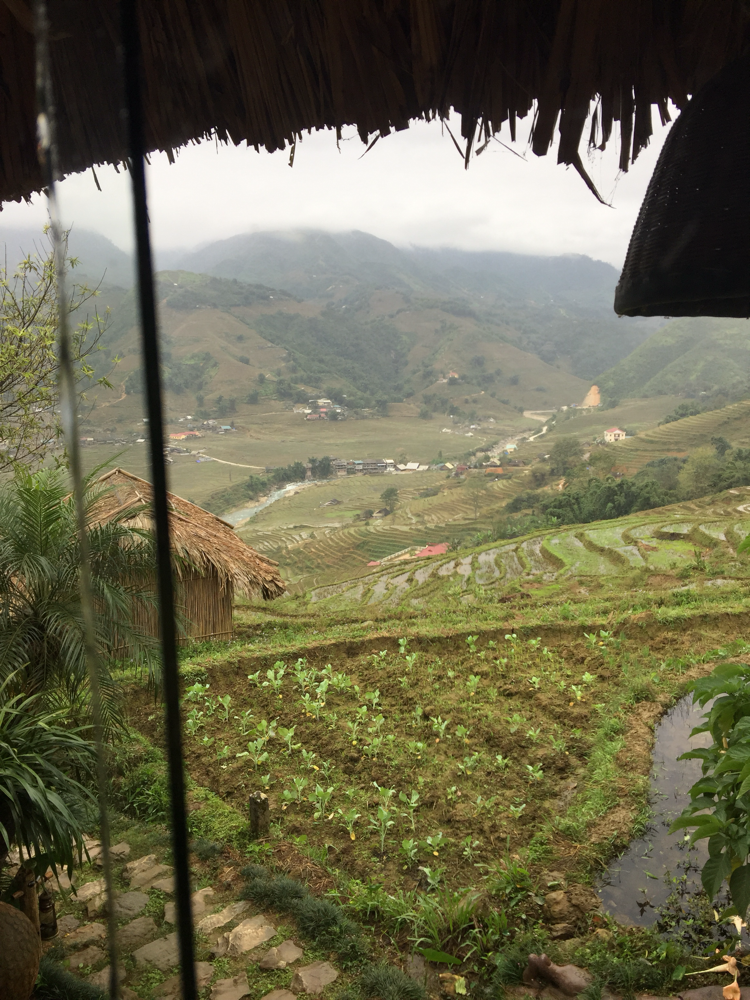 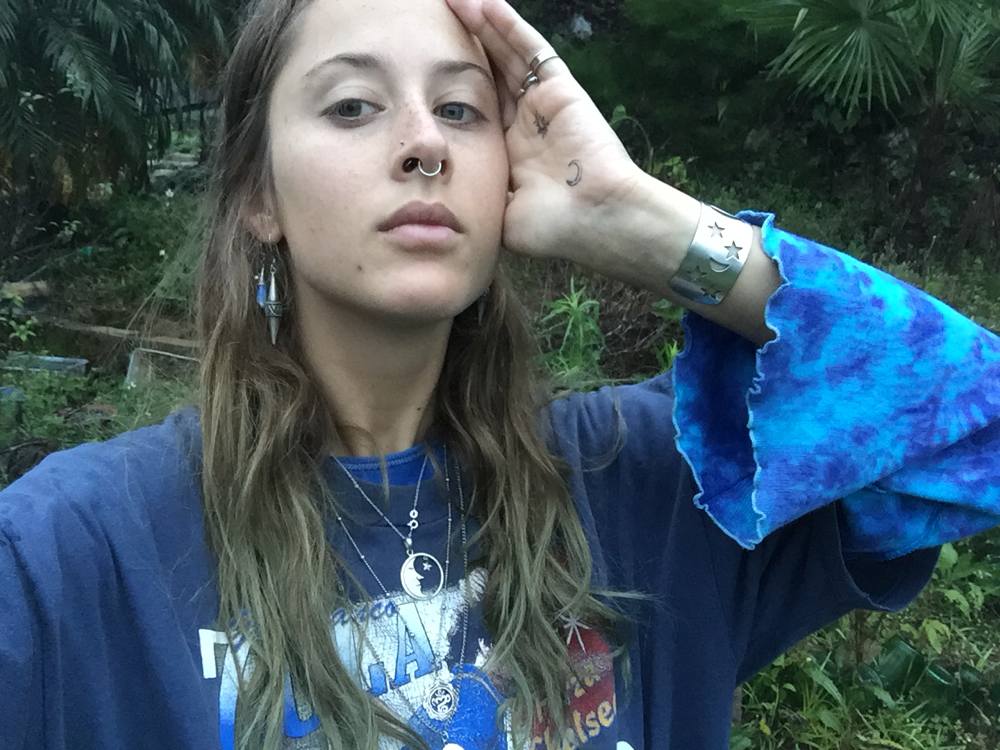 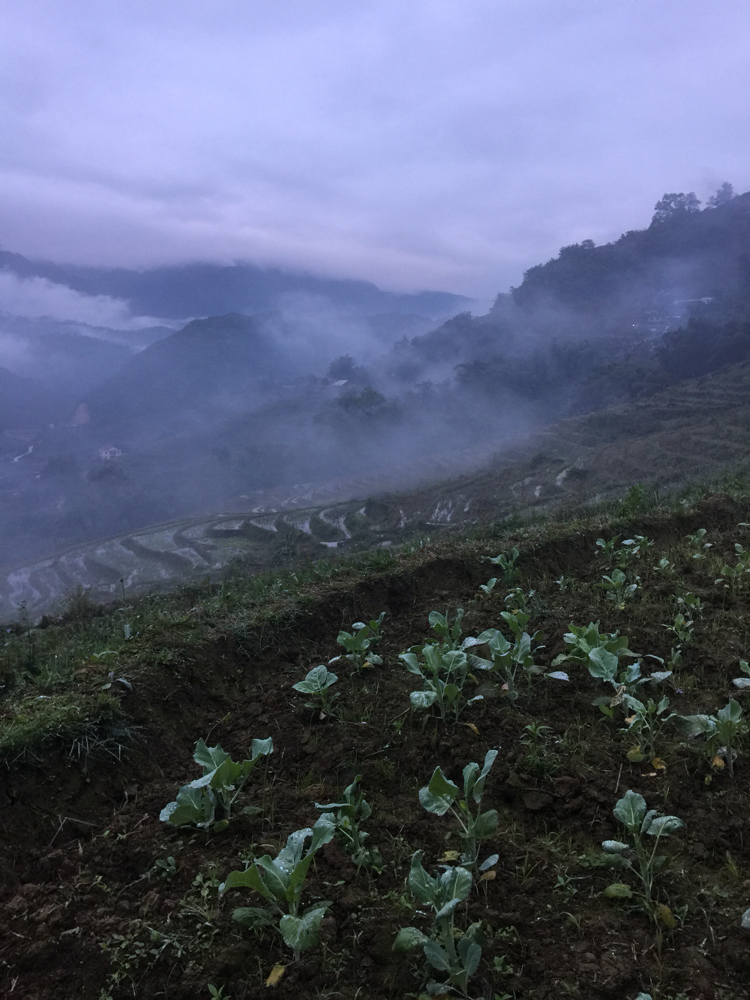 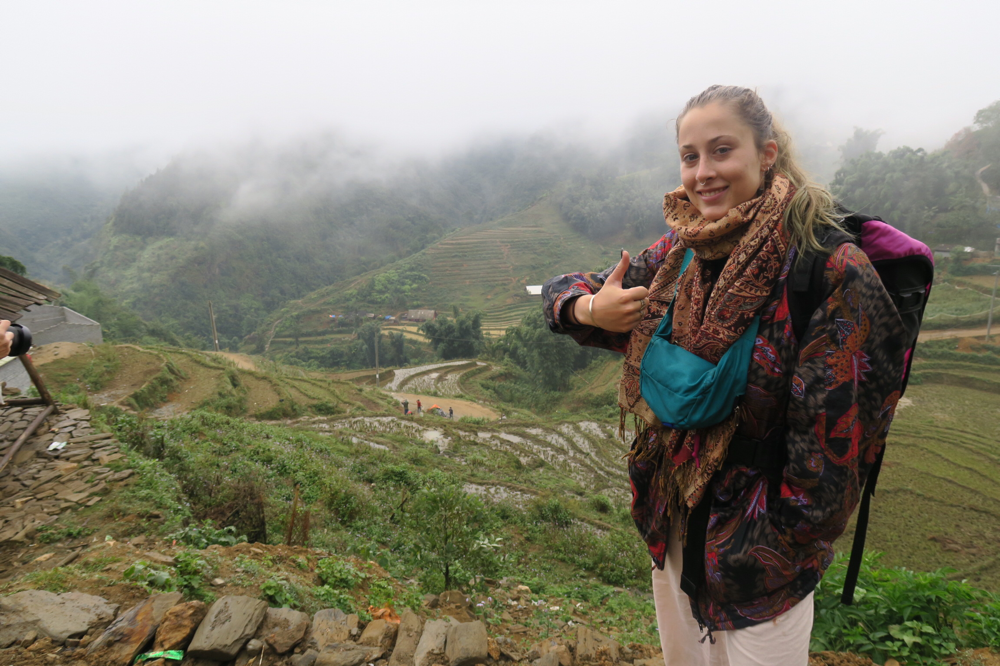 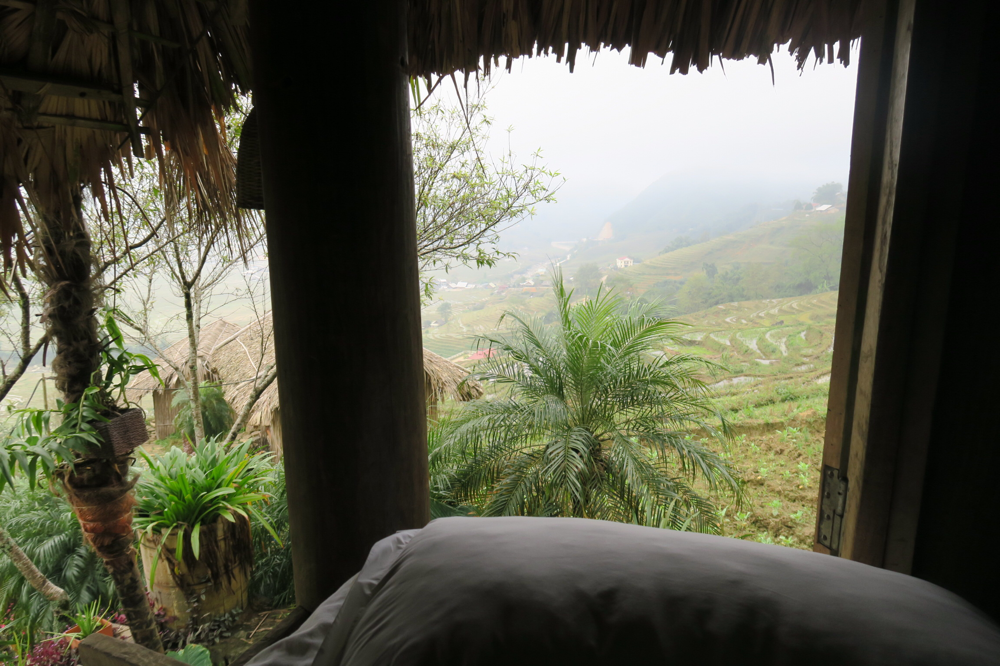