Salar De Uyuni is a life changing destination. I'd heard endless whispers of its awe and beauty from other travelers as I made my way down the continent, but nothing could have prepared me for its ridiculous expansiveness and surreal landscape. This place just doesn't make sense!!!  I can assure you that this place, unlike so many other 'must see travel spots', lived up to every one of its expectations.

Given that the only real way to see the salt flats is on a jeep tour which includes all meals, accommodation and transport, you don't have any responsibility other than taking in the beauty around you... to help me with this task I made sure I had a solid playlist of new music and plenty of weed. I spent my time out of the jeep, twirling, stomping and grinning up at the 7000 and 8000 meter peaks that surrounded me, running along abandoned train tracks, and contemplating the universe (its not hard to get reaaaal abstract in a place like this).

The altitude is over 4000m for the bulk of the journey so its advisable to acclimatize a little in La Paz before you leave... you wouldn't want to ruin your time here by having a headache and being short of breath!!! 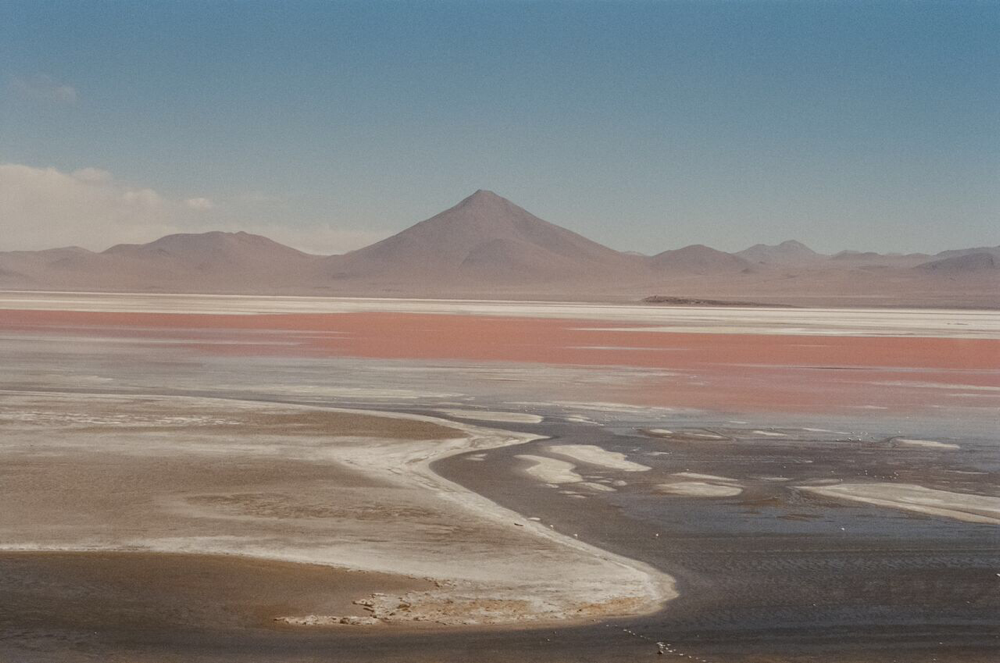 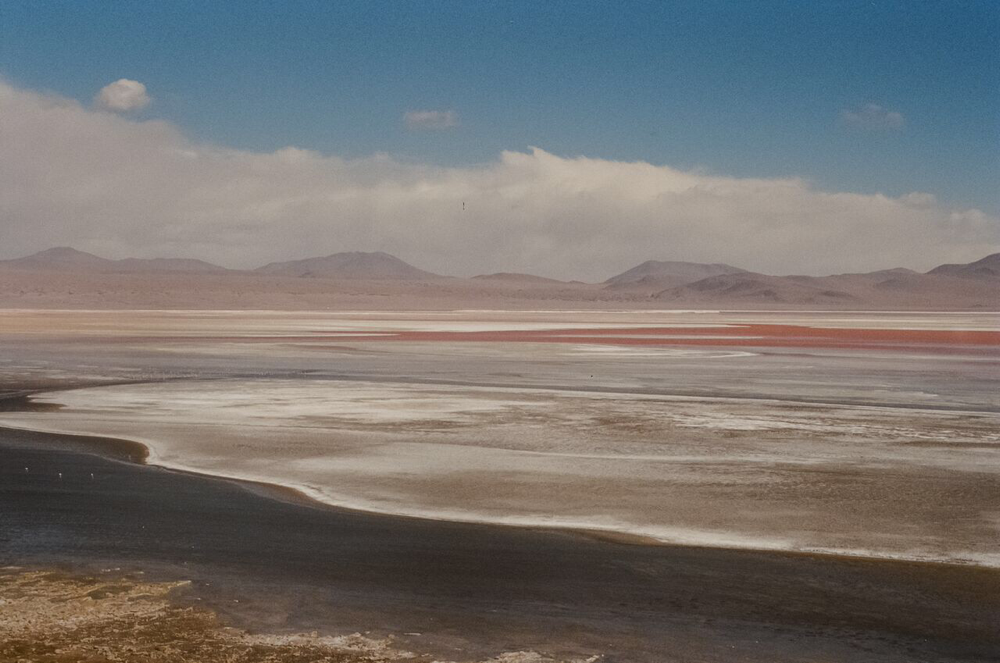 How to book your tour

PLEASE DO NOT BOOK YOUR TOUR IN ADVANCE! PLEASE!

I got an overnight bus from La Paz to Uyuni for $20 which left La Paz at 8:30pm and arrived a little before 6am. The journey was pleasant enough, we lost a wheel at some point in the night (which jolted me awake for a brief 10 minutes or so) but arrived on time and pretty well rested.  The next challenge was getting from the bus station to the main street where all the tour companies are. After my time in La Paz  and the El Alto market I had about 80kg of luggage, all stored in ridiculous make-shift bags so moving around was a serious challenge. I ended up leaving my stuff with the first company I saw and started the rounds to find the best 'deal'.

Now I won't lie here, I had no fucking idea what I was looking for. I'd briefly glanced at a few travel blogs to try and find a company that was recommended or a list of things I needed to look out for in a tour, but now I was here and all the companies that had been recommended were $50 more expensive than the others, and I wasn't sure if I needed an English speaking guide or not??? Did I need to stay in the salt hotel?? (no). I also was trying to suss out the demographic of each tour group, not wanting to be stuck with families or a Japanese tour group...

Eventually my decision was made for me as the more expensive companies that I had originally sort out were fully booked and I was left (slightly panicky) with only one real option. Luckily, the lady in the office let me shuffle the people around so I wasn't stuck in a jeep with a couple and their 4 year old son for 3 days (ahah!!). I actually have no idea what company I ended up going with because I never wrote it down but I paid 750 Bolivianos ($150) for 3 days and 2 nights, all meals, a Spanish speaking guide, and a return back to Uyuni at the end. You can be reassured that other than standard of accommodation (and c'mon!!! you're a backpacker you don't need a private hotel room) English vrs Spanish speaking guide and a slight variance in food quality, there isn't a whole lot of difference between the tours. They all follow the same route and see the same things, so instead of stressing over which company to go with just try and get the best price. Make sure you bargain with the company as well, as the first price they give you is never the lowest price they'll accept. Don’t forget about the extra 20 Bobs for the national park entrance. And, in case you are going to San Pedro de Atacama after, there is an extra transfer payment from the boarder (50 Bob). You can usually pay this in advance where you book the tour.

If you want an English speaking guide you'll have to pay double – 1300 – 1500 Bob. This is pretty unnecessary, even if you don't speak any Spanish, the guides are more just drivers and aren't all that interested in explaining things. Plus I never wanted to stand around and listen to some guy talk when we reached a destination, I wanted to explore!!!

Also, PLEASE do not book your tour online before you arrive. The prices on there are extortion and as the tour system runs off people arriving, booking and leaving straight away (on the same tour as everyone else) I met plenty of people who had booked something 'unique' with a different itinerary that didn't exist and they just got thrown in with everyone else that had paid a third of what they did.

Uyuni is in the middle of no-where but luckily, given how popular a destination it is, there are plenty of ways to get there. The cheapest, easiest and most common way (and what I would recommend) is an overnight bus from La Paz. They are cheap from $15-$25, direct and usually stress free. Make sure, if you are on a time schedule, that you book your bus a day or two in advance as I left mine till the afternoon I was leaving and most of the more reputable companies were sold out.

You can also get the train? I don't know much about this method but its worth researching if it interests you. I know its a lot more expensive but probably a lot nicer too.

You can also get to Uyuni on buses from Sucre and Potosi which are  other popular Bolivian destinations.

The same obviously goes for leaving Uyuni on the last day of your tour. A lot of people stay the night and leave the next day but my advice would be to get the fuck out as you arrive back in Uyuni at around 5pm and most of the buses don't leave till 8pm so you've got plenty of time to get your ticket, eat and organise yourself before the bus leaves and then you're onto your next destination rather than spending a day waiting around in Uyuni (which is not an interesting town).

A lot of people also get to the salt flats/into Bolivia via San Pedro De Atacama in Chile which is an optional start/end point for the tour. I've heard that starting from that side is far more expensive than starting from Bolivia however if you wish to end there and continue your trip into Chile (which I highly recommend) it'll cost you an extra 50 Bolivianos.

You don't want to do a tour?

If doing the 3 days jeep tour doesn't appeal to you, or you simply don't have time there are lots of other ways you can see the salt flats. I had a friend that stayed in Uyuni for 5 days and did $15 day trips into the salt flats a couple of times (I don't really know why he did this in all honesty but it seemed to work for him). 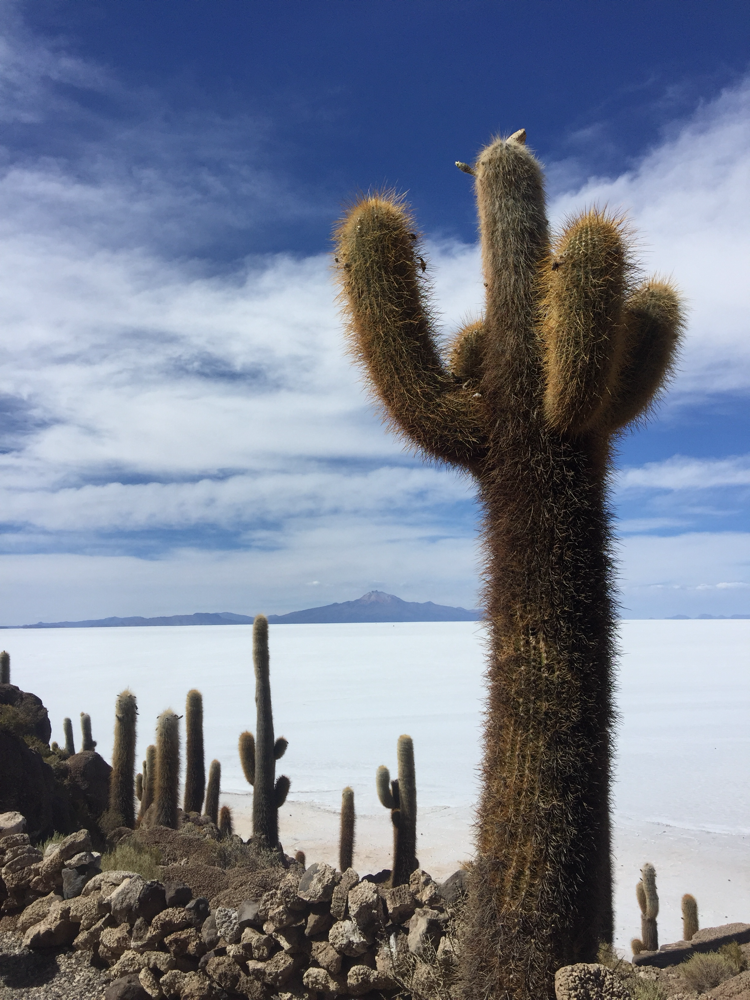 Make sure on the first night (when you're on the salt flats) that your driver lets you stay for sunset. This didn't happen to me but I met a couple of people who's drivers had wanted to leave before the sun had set. On this note, it is also desirable to visit the salt flats in the wet season as the rain on the surface of the flats is reflective which is super beautiful at sunset (everything is a rainbow).

There aren't any showers in most of the places that you stay and those that have them are cold so none of us showered for the duration of the trip (its only 3 days so its not really that bad). Bring baby wipes so you can keep yourself sanitary.

If you are returning to Uyuni after the tour you'll be able to leave the bulk of your stuff in the tour company office (which for me was highly necessary).  Everything you bring is strapped to the roof of the jeep and as there are 5 other people in there with you there's not a whole lot of room, so pack light!

The weather is HOT. You're at high altitude and completely exposed to the sun all day, so make sure you dress accordingly, however as soon as the sun sets, just like any other desert location, it gets fucking freezing. I made the mistake of having my jacket strapped to my bag on the roof on the first day so I couldn't access it till we got our bags at the end of the day and I was FREEZING. Don't make my mistake. 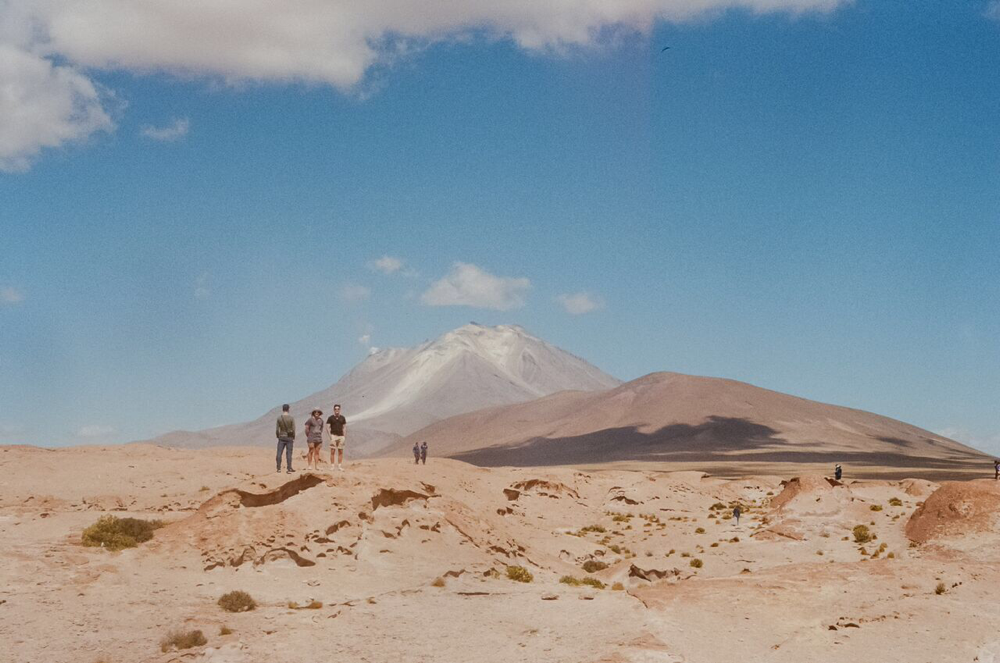 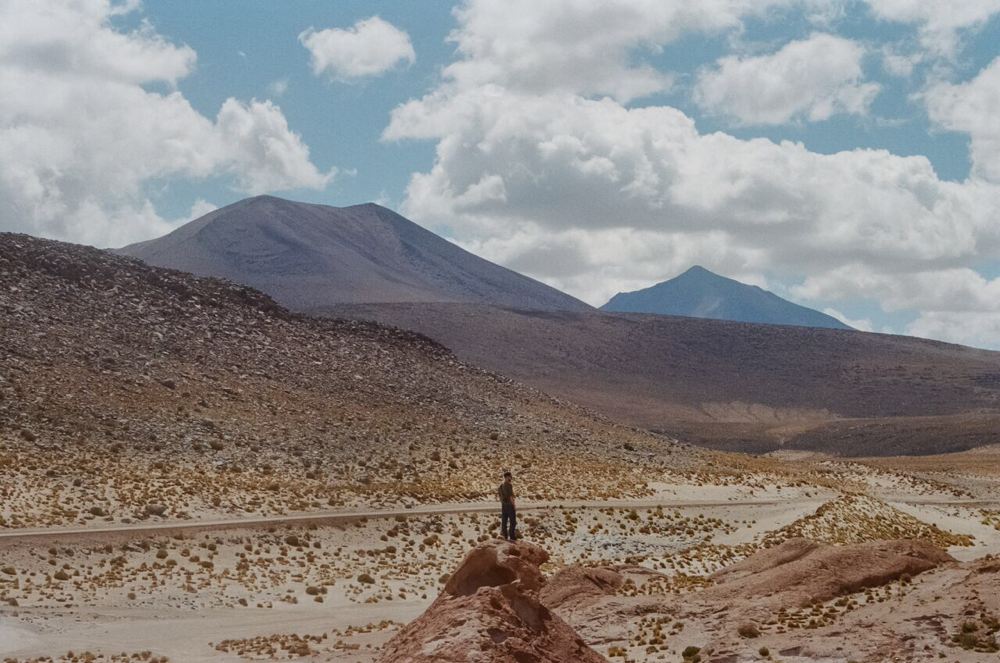 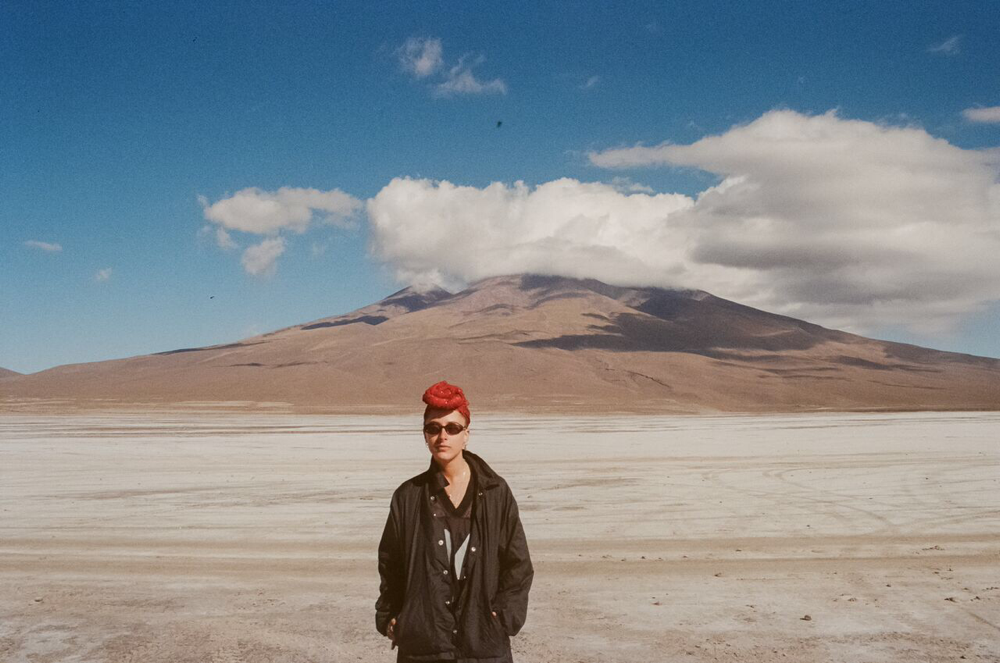 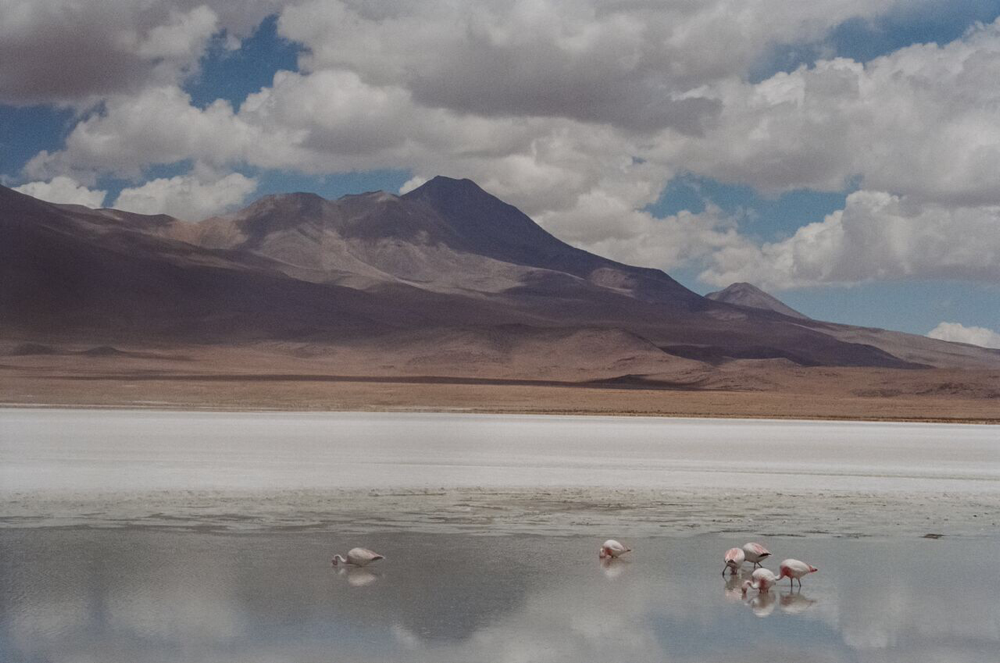 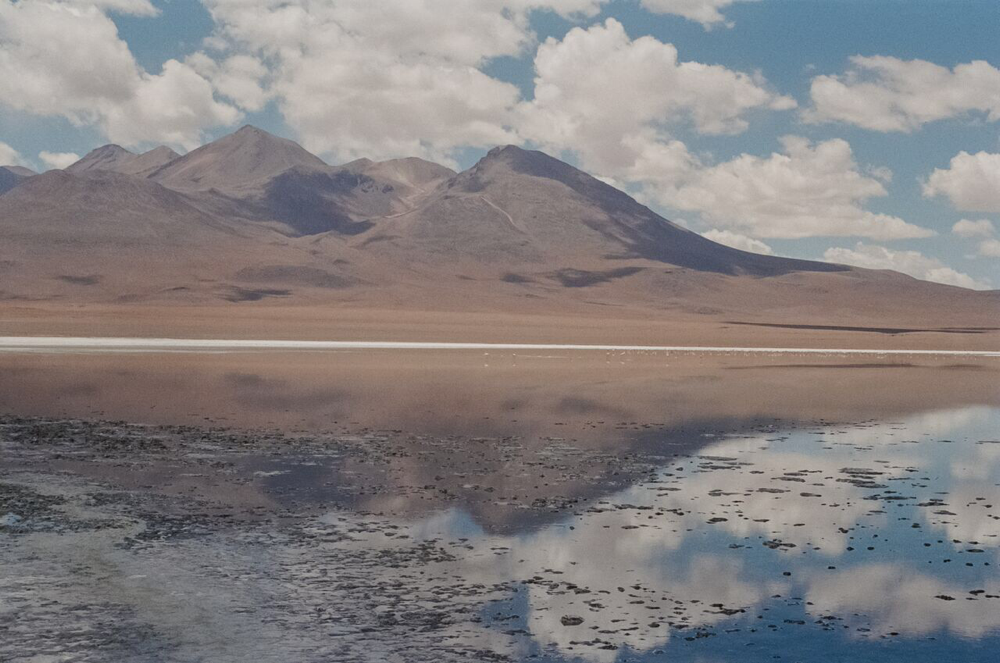 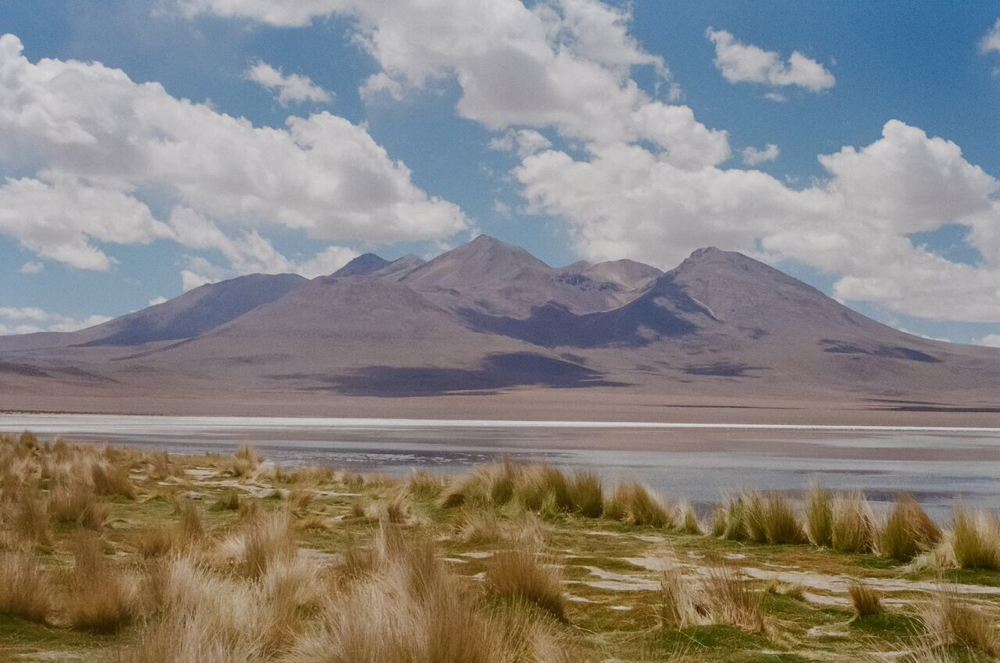 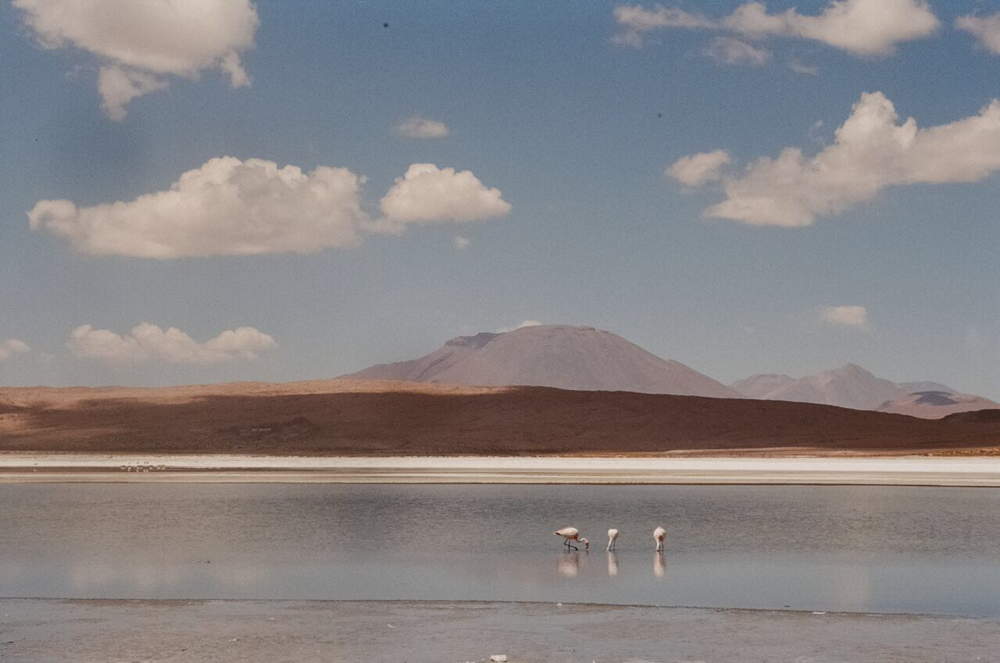 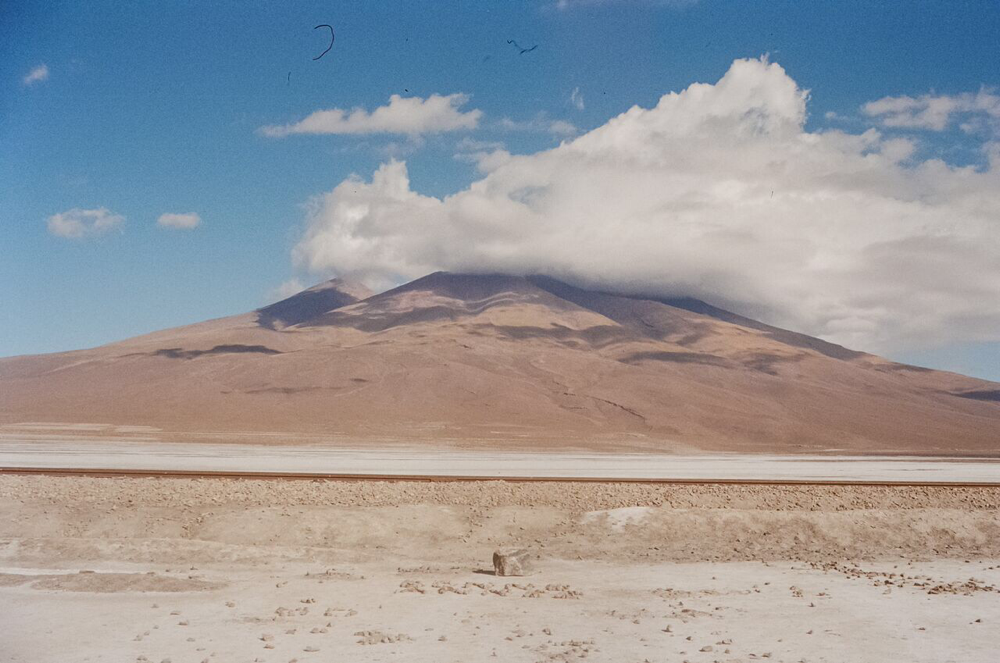