Booking a ski trip is never particularity easy, especially considering how expensive it is and that there is also a very limited amount of information online about the quality/access of a ski resort other than specific travel websites and travel agents. Booking this section of the trip was a bit of a gamble as it had to be booked really far in advance and I had no idea what the resort was like or whether the snow would be good enough to ski due to the early season. Our accommodation was found through booking.com and was with a company called Interhome. It cost us $550 for 11 nights and was a small studio apartment on the 9th floor with a kitchenette, bathroom and bed/living area and an amazing balcony overlooking the surrounding mountains and a frozen lake. It was small but warm and had everything we needed during our time in the snow (except internet). We had to sit in the tourist information office across the road to access the internet whenever we needed it.  It was incredibly cheap accommodation for where it was located. It was a 3 minute walk to the chairlifts that opened up access to one of the biggest resorts in the world and Ebbs managed to ski all the way to the front door at the end of the day. There was a supermarket just down the road so we cooked all our own meals which saved us heaps of money and meant we had cosy dinners in bed watching movies every night.

Despite the early season, the snow was incredible, before we arrived it had been snowing almost everyday for over a week and a half giving us a solid 2 meter base (at the top). There was enough coverage to ski the entire mountain and almost every lift was open. It snowed twice while we were there, the first overnight, leaving an amazing surface for the next day. The weather was pretty mild, with the lowest temperature during the day dropping to about -7 but on average it was around -2 and it was sunny and clear. The resort was also incredibly quiet as it was early season so we had most of the mountain to ourselves a lot of the time, except on weekends and it got busier towards the end of our stay. I've boarded in a fair few places but no-where has been as advanced and expansive as this resort. Tignes has a funicular and more chairlifts and gondolas than we had time to ride. A free shuttle bus runs throughout the many towns that make up the Tignes and Valdl'sere region and run every 15 minutes allowing you to start your day from any of the chairlifts/any point of the mountain.

Because we were there for early season (28th of November to the 15th of December) our lift tickets were close to half the price of what they would normally be in peak season. The Espace Killy ski pass (giving us access to both the Tignes resort and Valdlsere) cost us 280 euros each for 9 days of skiing (around $400). We hired our skis and snowboards online before we arrived with a company called ski set, and because we booked online the 9 days of rental cost us roughly $100 euros each. We then picked them up from a ski hire place next to the chairlifts when we arrived.

We flew from Marrakesh to Lyon, via Casablanca and Marseilles with Royal Air Maroc. The flight cost us 140$ each including baggage. I was worried that getting from Lyon to the snow would be difficult as there was very little information about how to travel between the two places. We could have flown into Geneva in Switzerland or Tirol in Italy however it would have been a far more expensive flight. We worked out that a train from Lyon Part Diou to Chambery and then a connecting train to Bourg Saint Maurice was our best option and it worked perfectly for us. It was 25 euros each for the 3 hour train trip and then from Bourg Saint Maurice a bus leaves several times a day direct to Tignes and Valdl'sere, we got the 2:30pm coach that cost us 10 euros each (make sure you mention if you are under 26 for a discount) The bus took about an hour driving up through the alps and dropped us 10 meters from our accommodation in Tignes Val Claret. We did the same trip in reverse to get back to Paris on our last day. The bus left Tignes at 9:30am sharp. From Lyon we caught a Oui bus for 10 euros to Paris and we arrived at around 10pm. 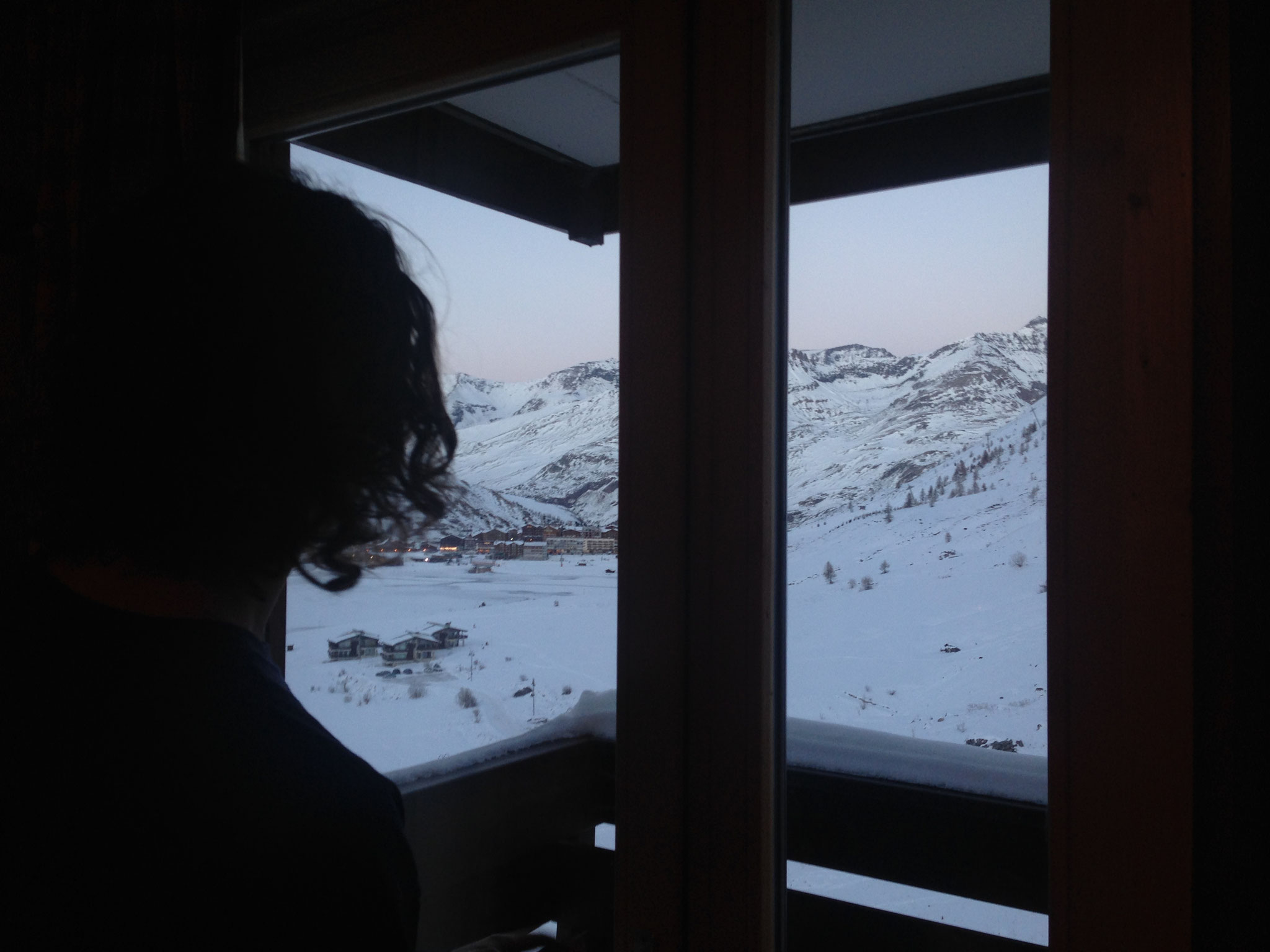 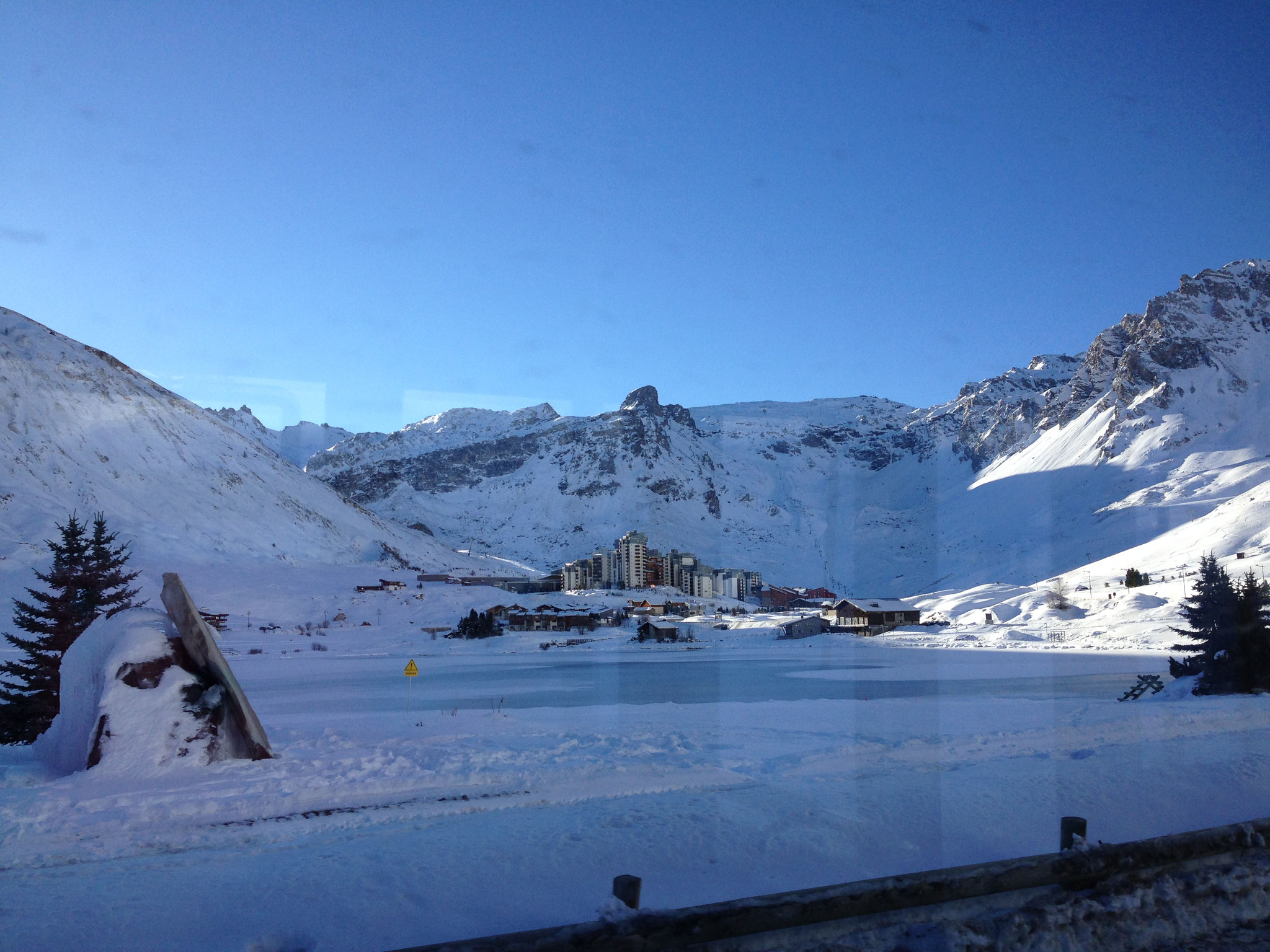 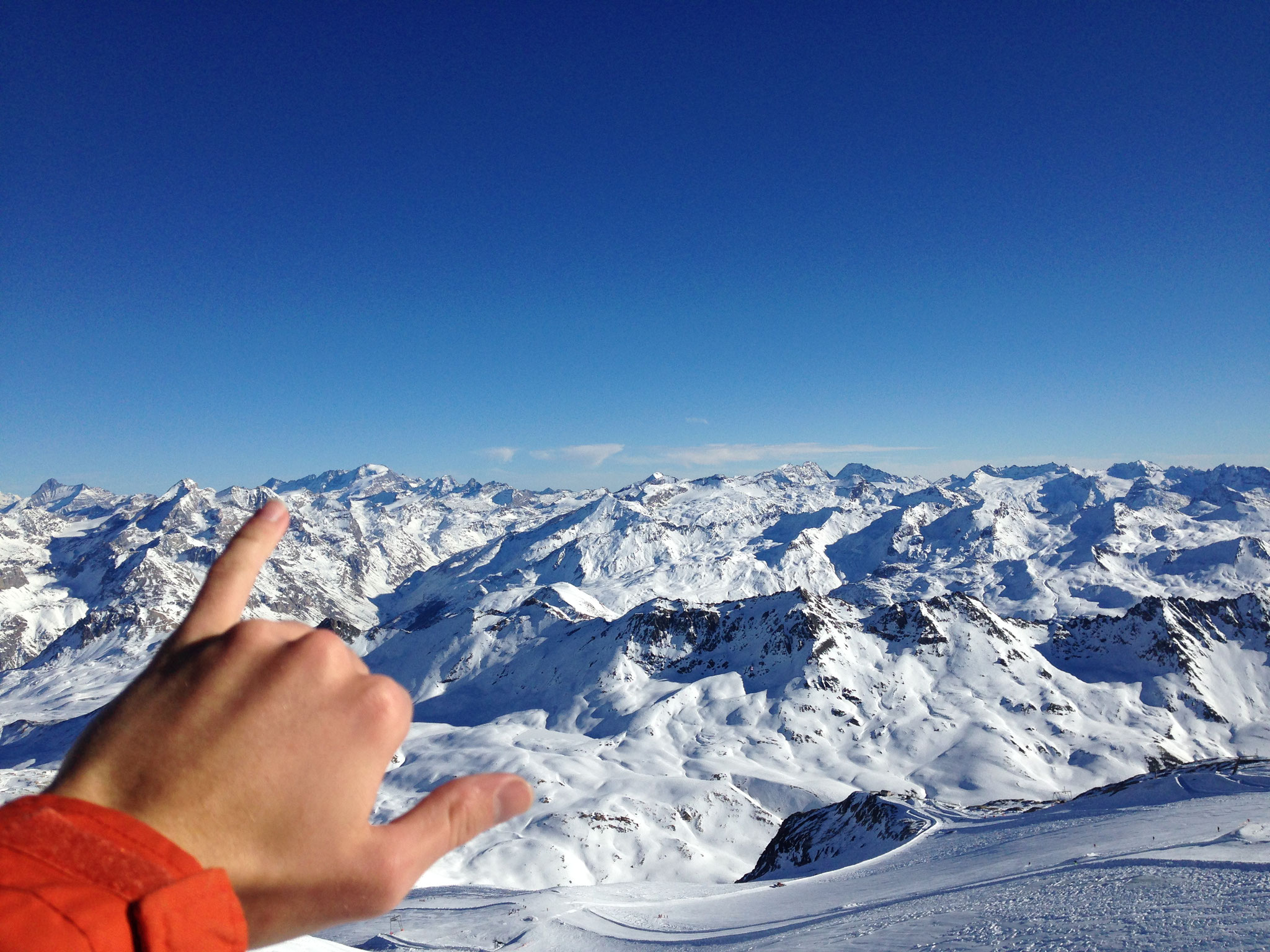 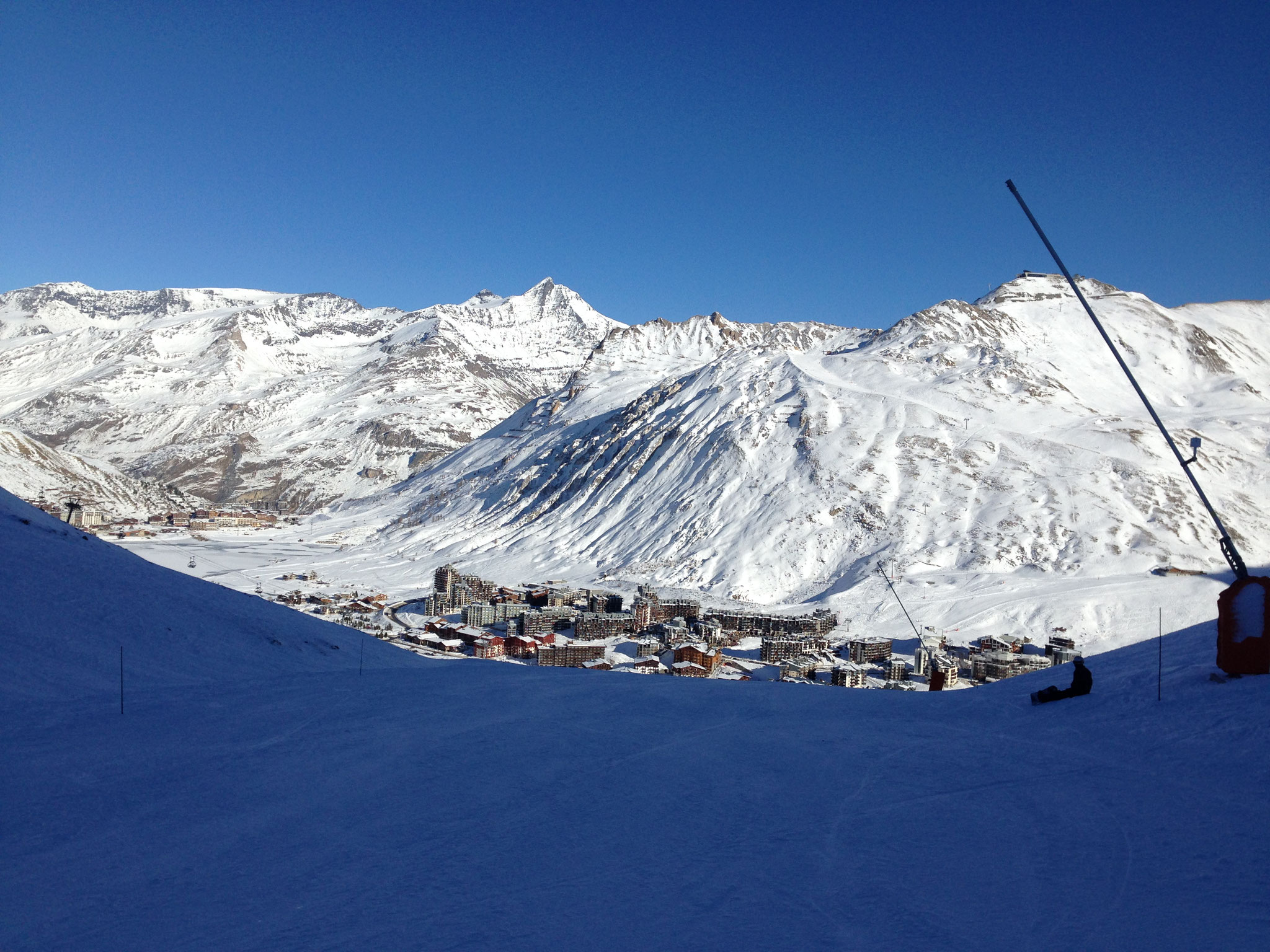 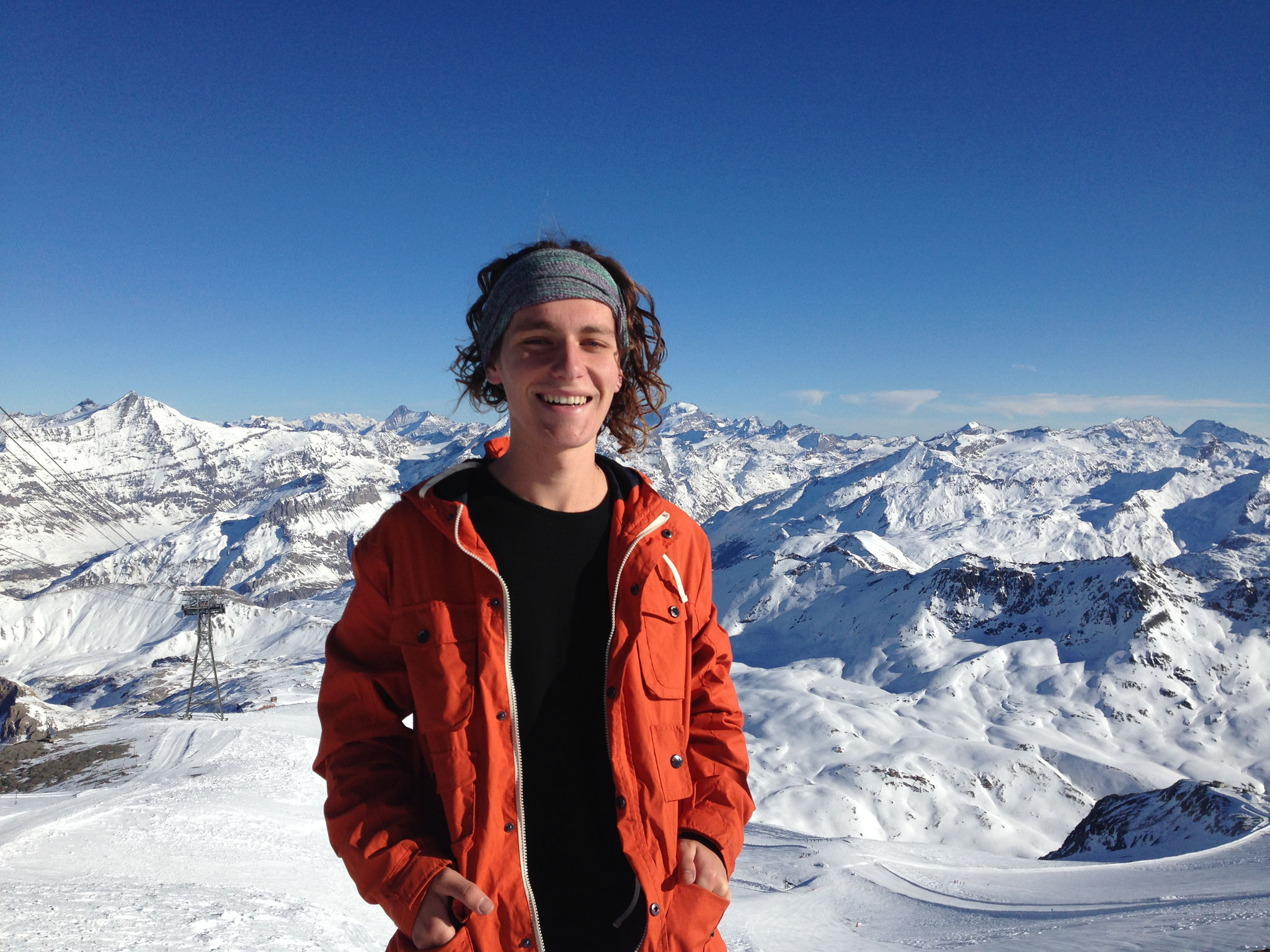 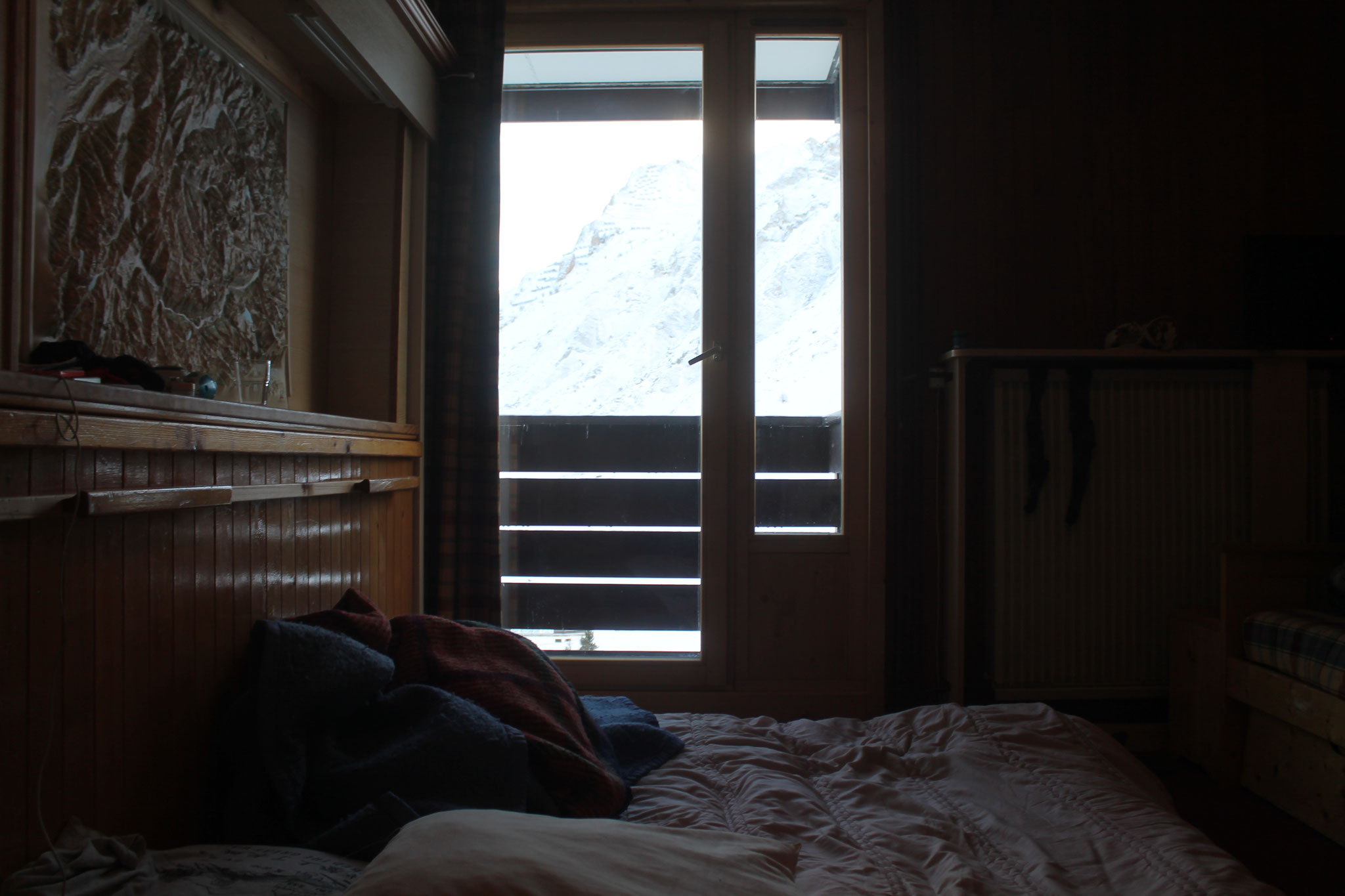 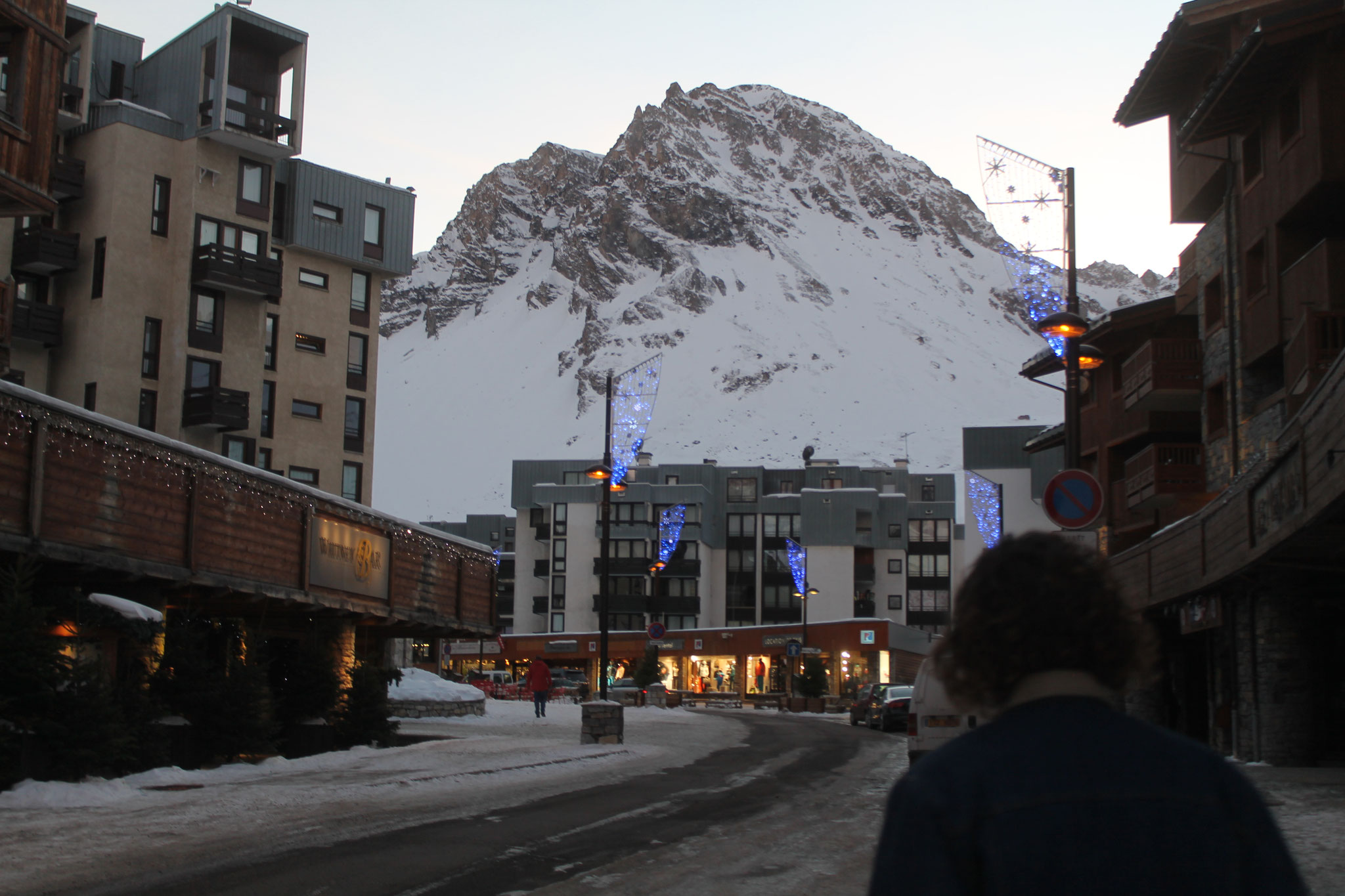 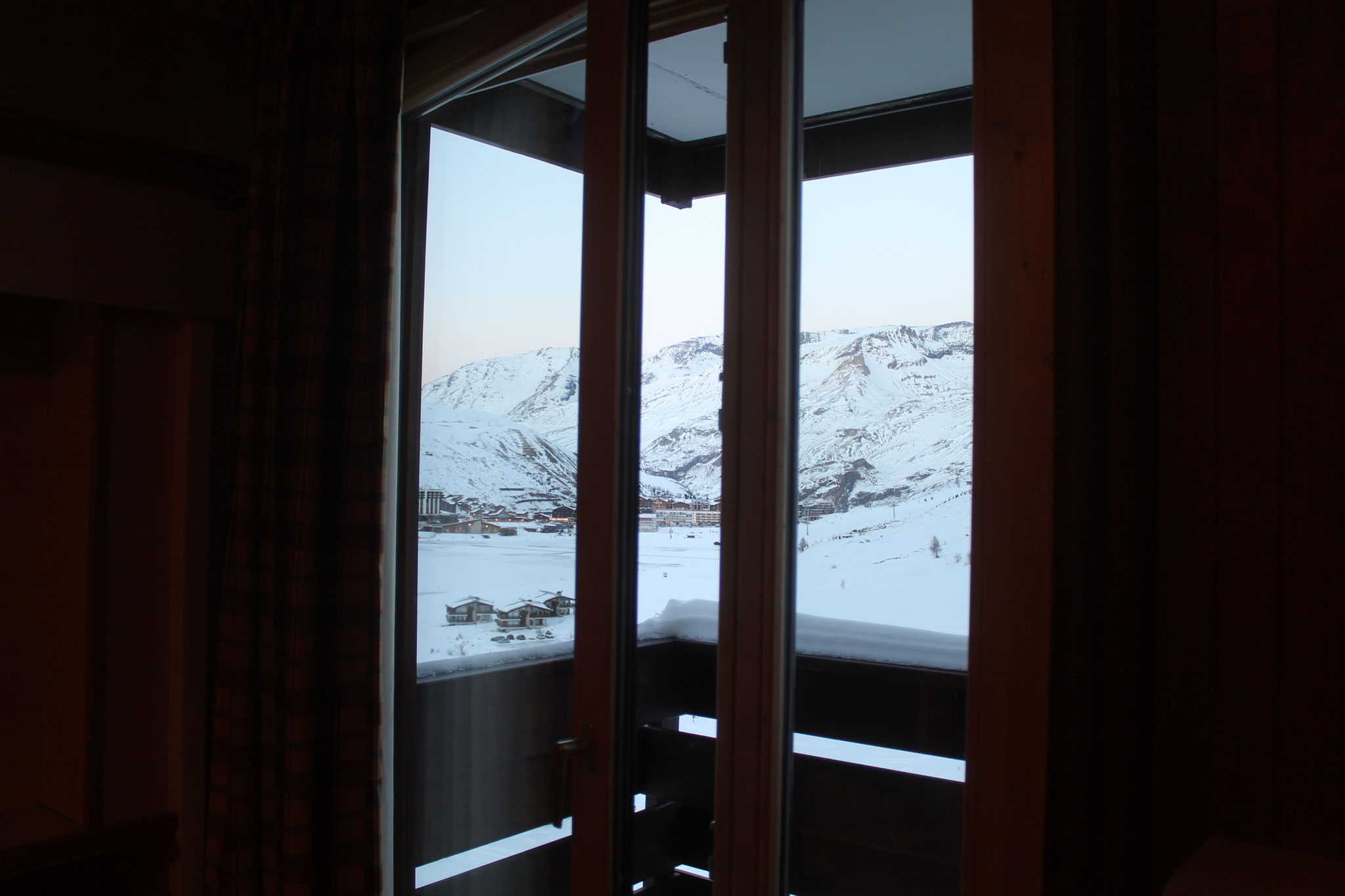 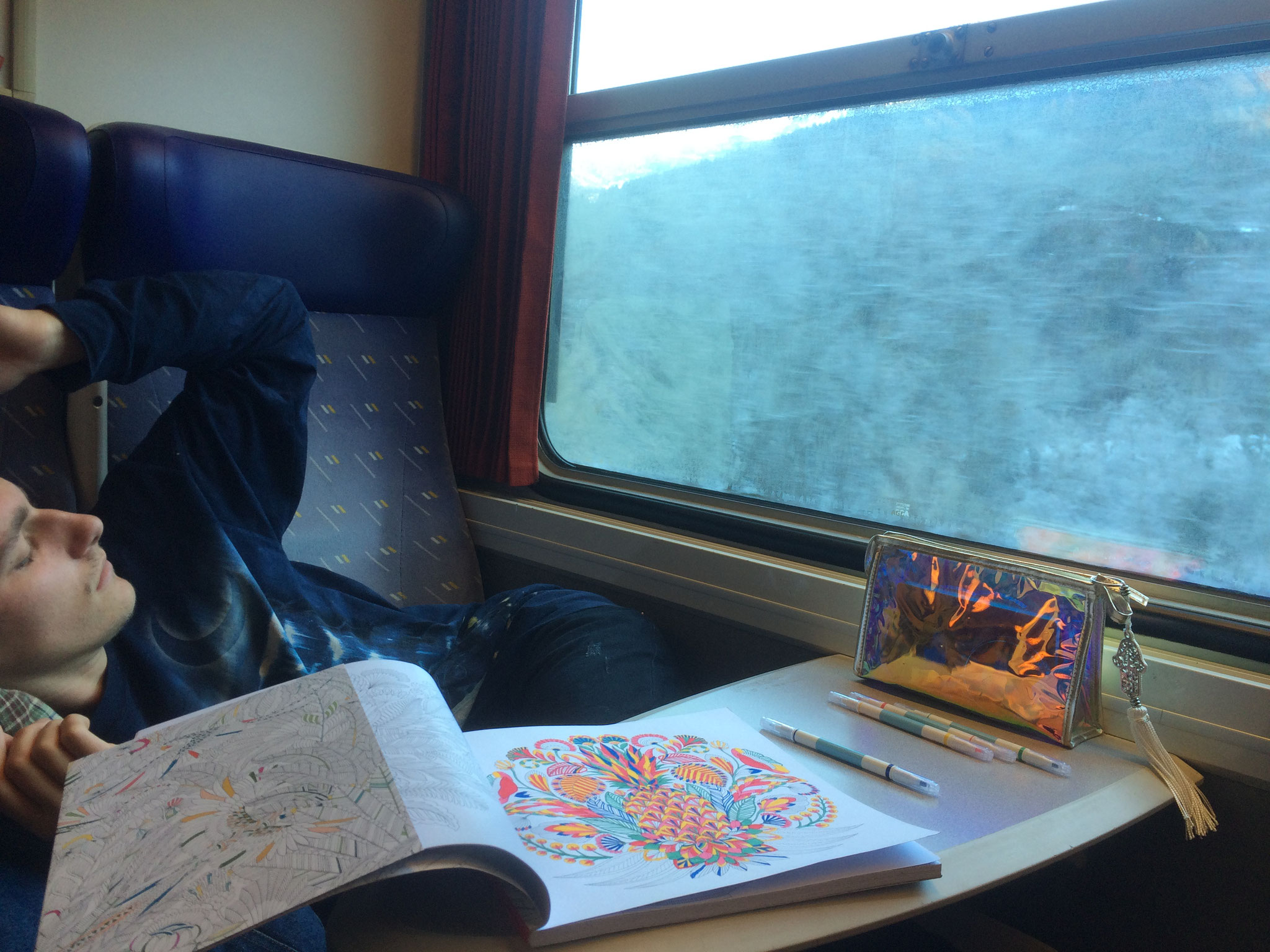 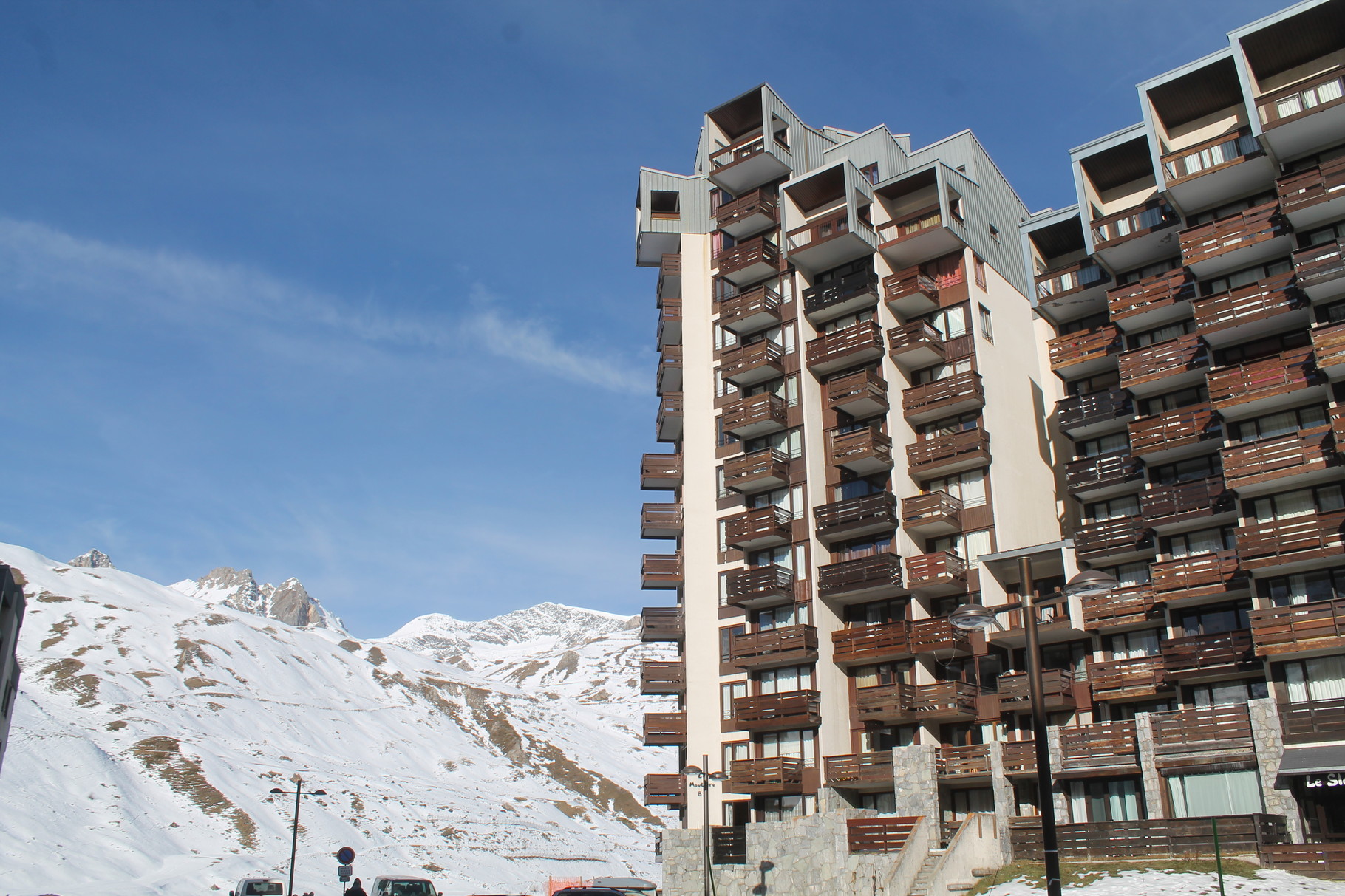