We arrived in Hvar just as the sun was setting and immediately new it was somewhere we were going to enjoy... The water literally glowed and sparkled and the town consisted of a sprawl of old cobblestone buildings covered in vines. We had only planned on staying 2 or 3 days but because Split was overrun by steroid happy Ultra goers (something Ebbs was incredibly keen to avoid) we decided to extend our stay here to 5 nights. Our time in Hvar consisted of baking in the 35 degree heat, swimming off the rocks into the perfect blue water, lying on overpriced daybeds until we were yelled at for not paying (at least twice a day) and riding our motorbike along coastal roads. It wasn't bad at all. In hindsight I do think we could have spent less time in Hvar as we started to get a little stircrazy on the 4th and 5th day. 3 days would probably be an ideal amount of time to spend here :)

Hvar is a very expensive island. Although there is a supermarket (which was quite good for island standards) all the other food vendors and restaurants catered to the rich and fabulous who came here on either a family holiday or a super yacht (at least 10 of which were parked 'subtly' in the marina). Luckily for us we had a kitchen in our amazing Airbnb (which we only booked a few days in advance) and that had a balcony over looking the ocean. It was $40 a night (20 each) and although it wasn't luxurious it had everything we needed, it was private and the owner was lovely! The only downside was the location which was about a 10 minute walk out of town up a pretty steep hill (this is where all the affordable accommodation is however, so you can't really avoid it). Also make sure you are staying in Hvar town not Stari Grad which is the other (very sleepy) town on the island because although it's worth a visit, you wouldn't want to stay there.

To get to Hvar we got a ferry across from Split that leaves 3 times a day and cost $20. That took about an hour. To get back to Split we got the 7am slow ferry from Stari Grad (which was absolutely massive) although it took 2 and a half hours we had plenty of space to lie down and sleep. We had to get a bus from Hvar town to Stari Grad to get to the ferry port but it's a common route so just follow the crowd. In peak season you have to make sure you book your ferry tickets (out of Hvar) at least 2 days in advance because they sell out. There is a ferry option that goes directly to Dubrovnik and takes about 13 hours and had we planned our time a little better this would have been a good option for us.. if you are going onwards to Dubrovnik its worth looking into to save the hassle of getting the bus from Split. 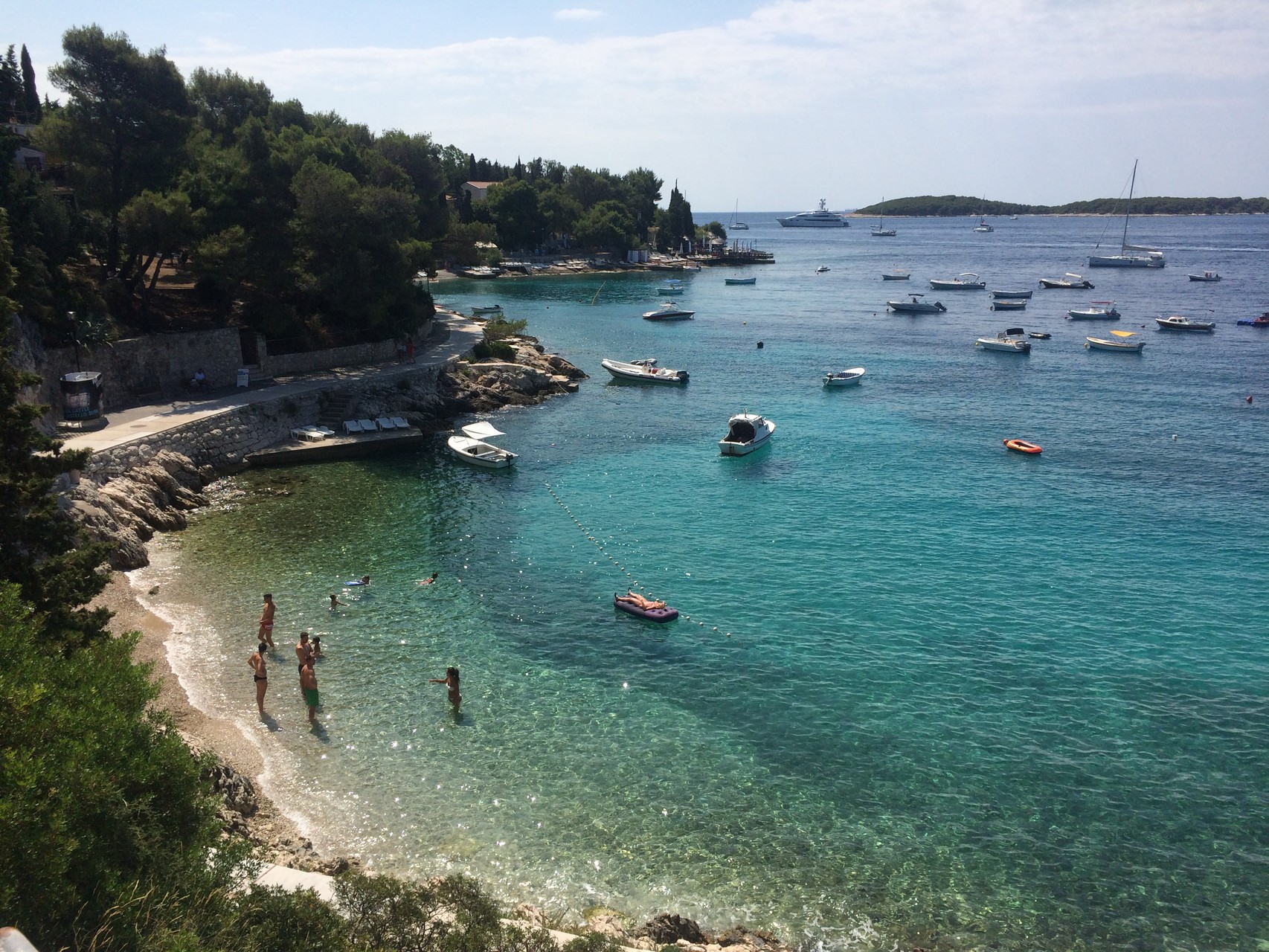 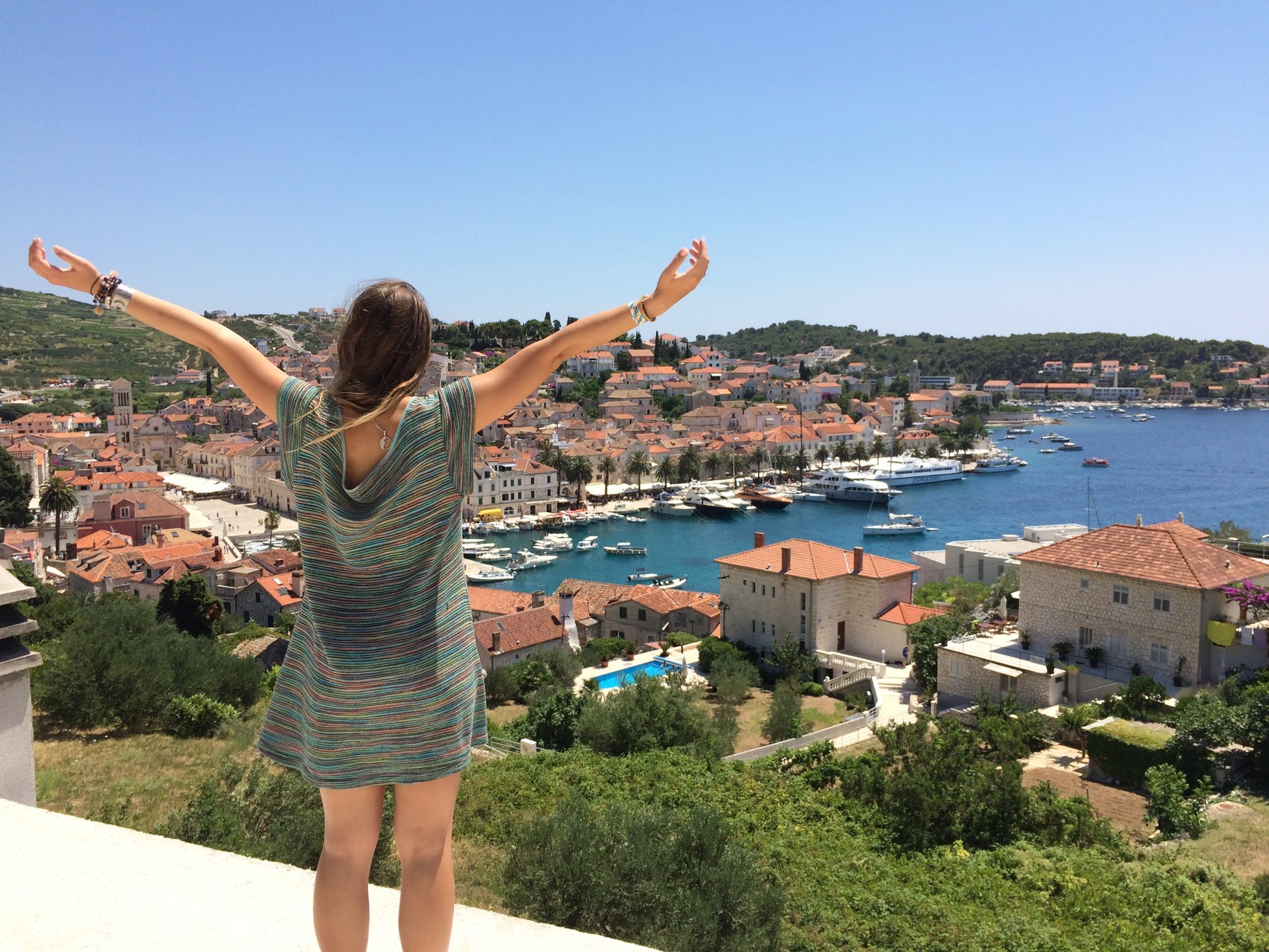 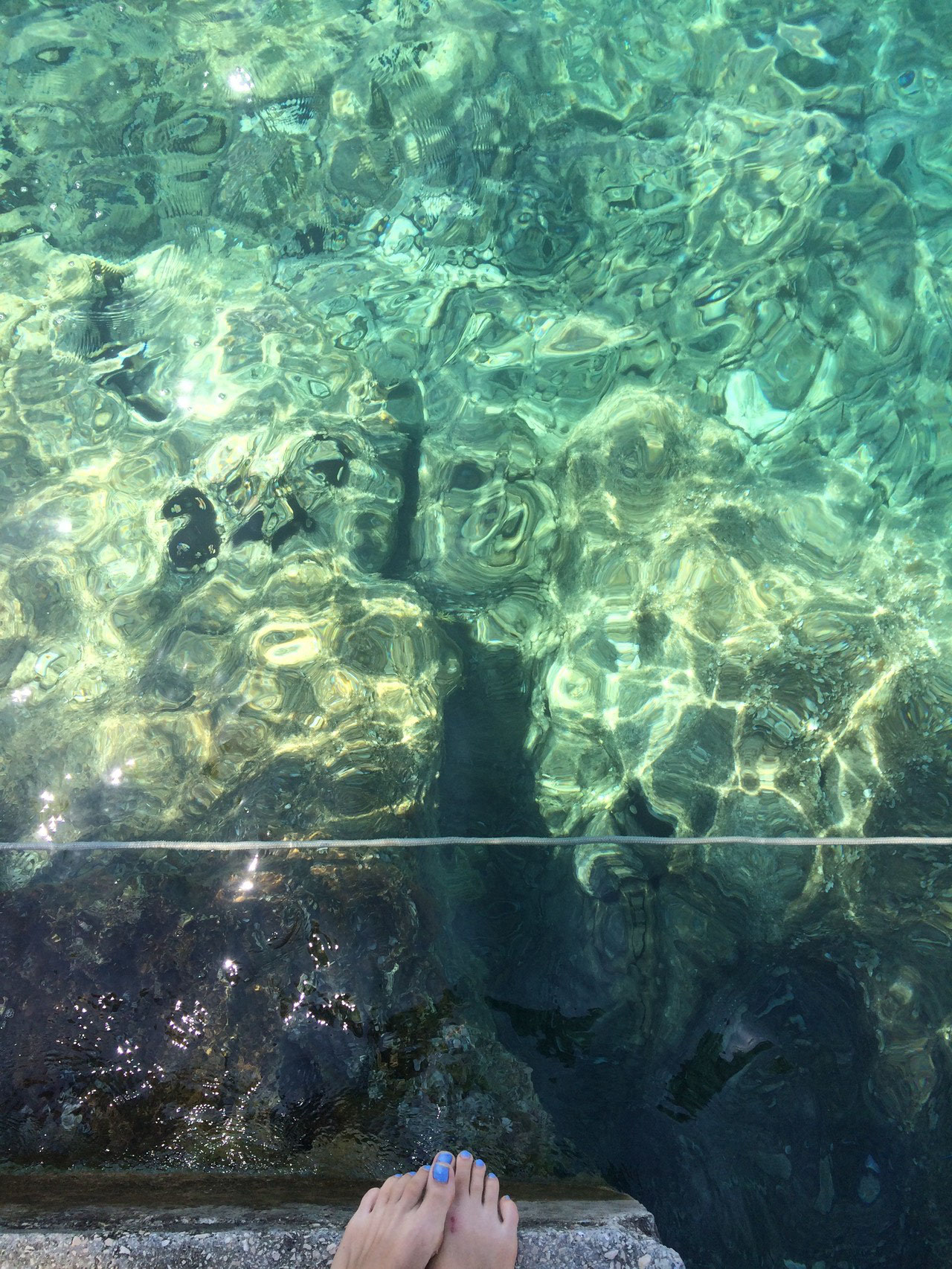 As far as things to do in Hvar...there are none. You go to the beach or you lie on the rocks, you swim, you hike up to the fort at sunset, you order a pizza and eat it by the marina with a bottle of wine, you get up late and go to bed early (unless you want to spend $$$ going to one of Hvar clubs -Carpe Diem Beach is pretty cool). Ebbs read about a 25 meter cliff you could jump off and we spent a morning hiking through shrubbery trying to find it (and we did) He jumped off it several times (go Ebbs). We hired a motorbike for 2 days (which cost $75) and although it was a little pricey, it made our time here so much better. We drove all around the island, swam on secret beaches and visited Stari Grad (which is the other town on the island). As we sped along coast lined roads in the afternoon sun, my hair flying everywhere as I clung onto Ebbs' back; I felt like I was in a movie. There are lots of beach bars which are pretty fun (albeit overpriced) and you won't go wrong with bringing a pool toy/ lilo to float on (they are really expensive to buy on the island but in Split they are cheap). 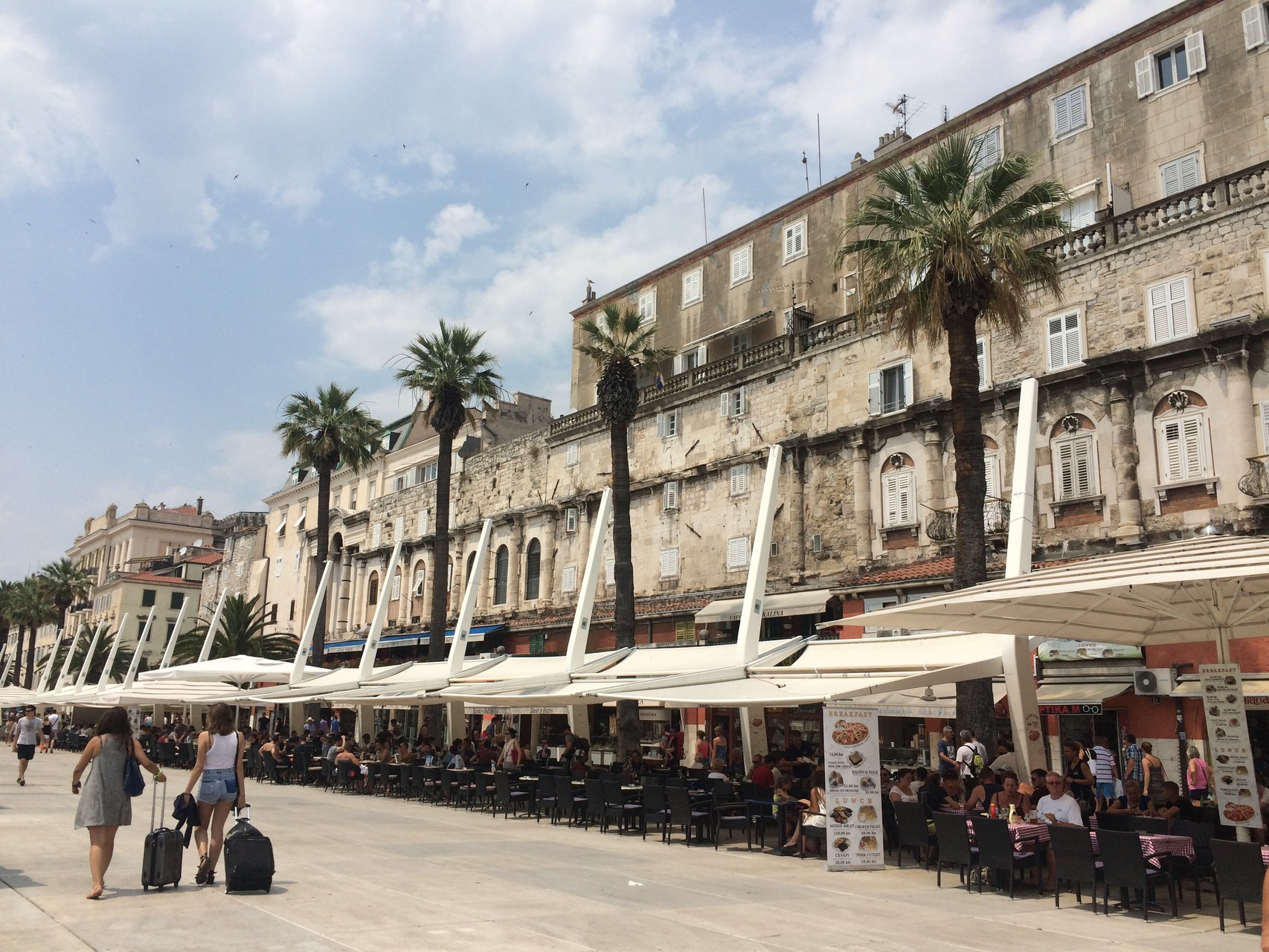 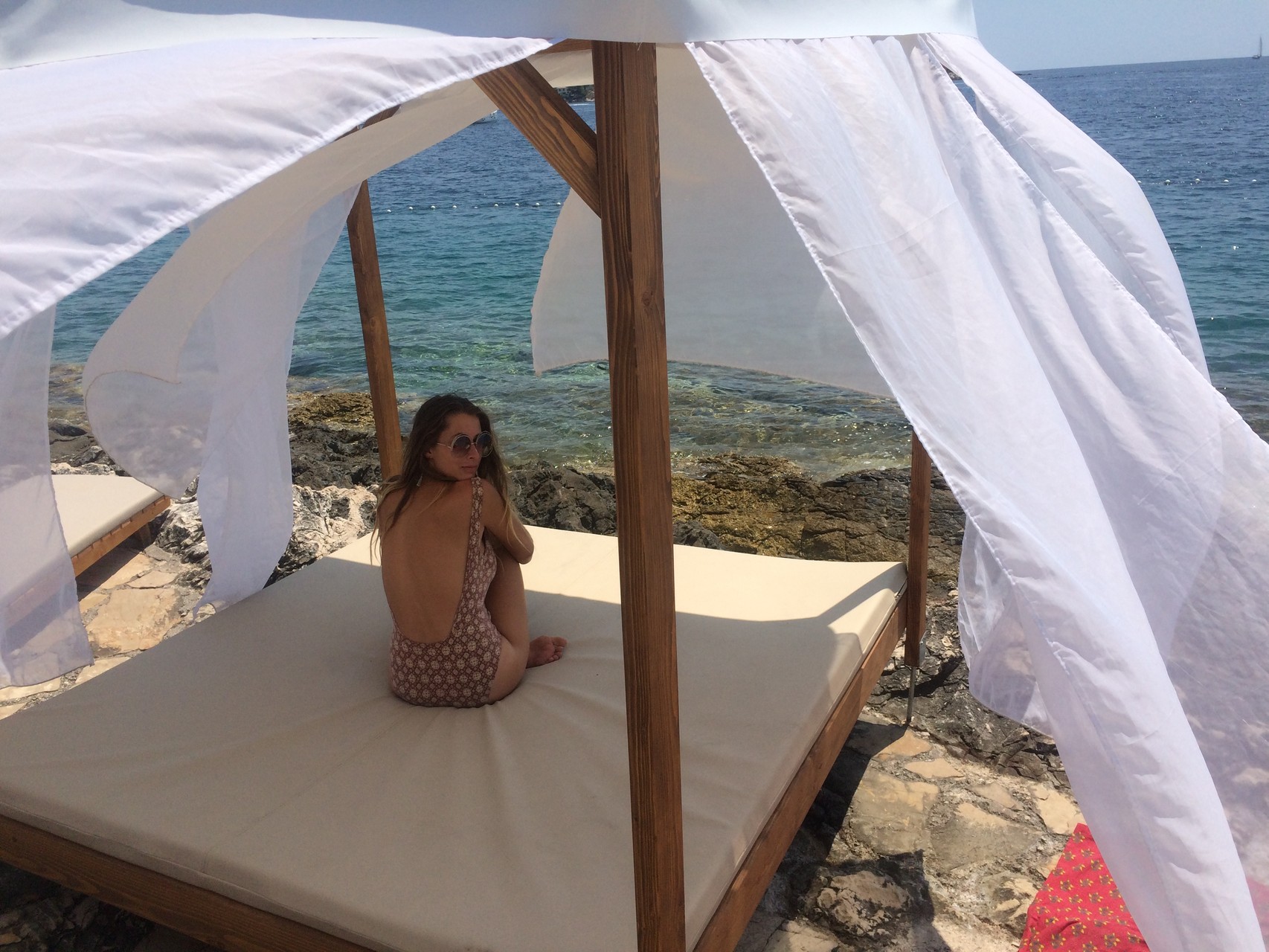 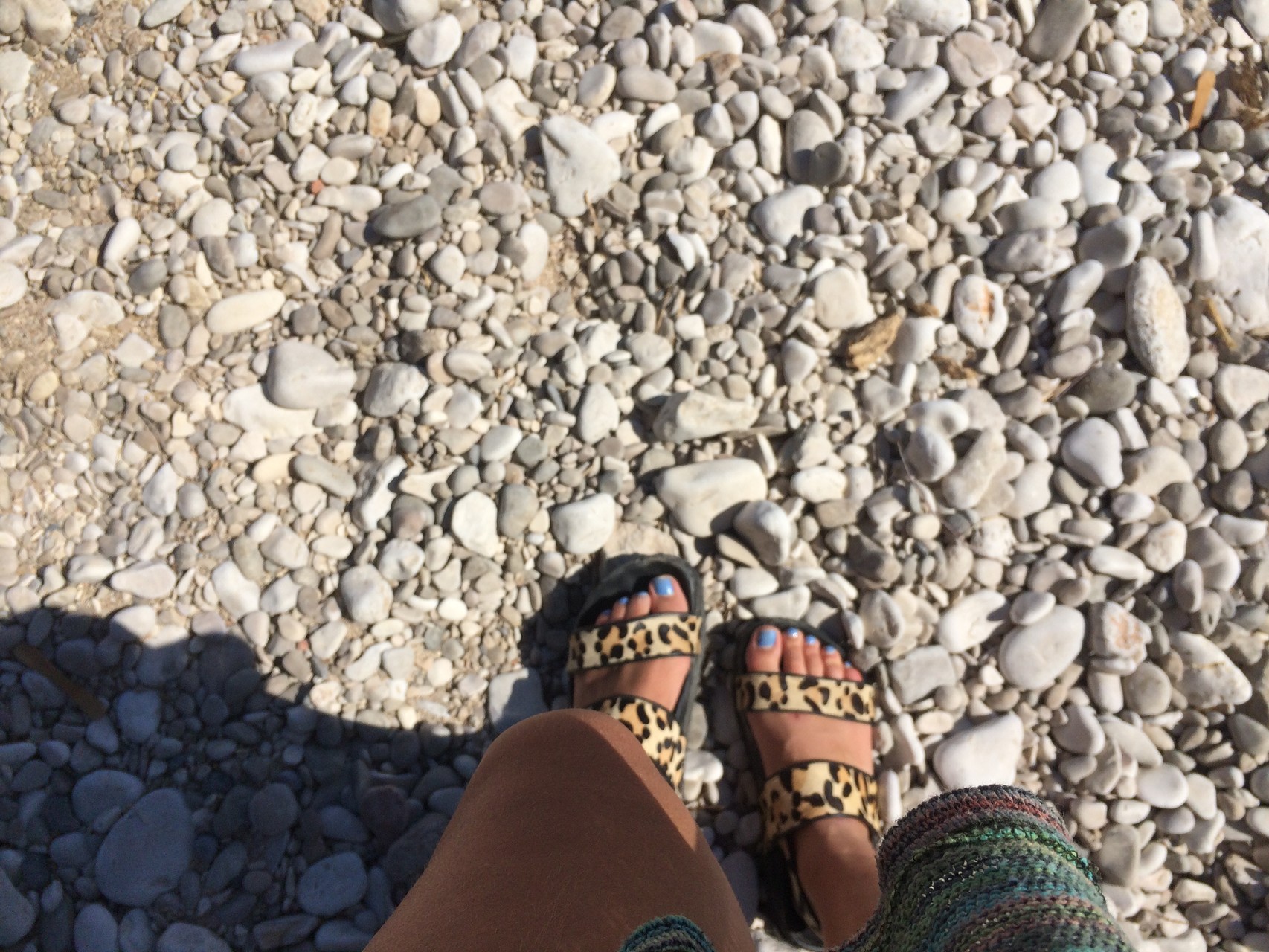 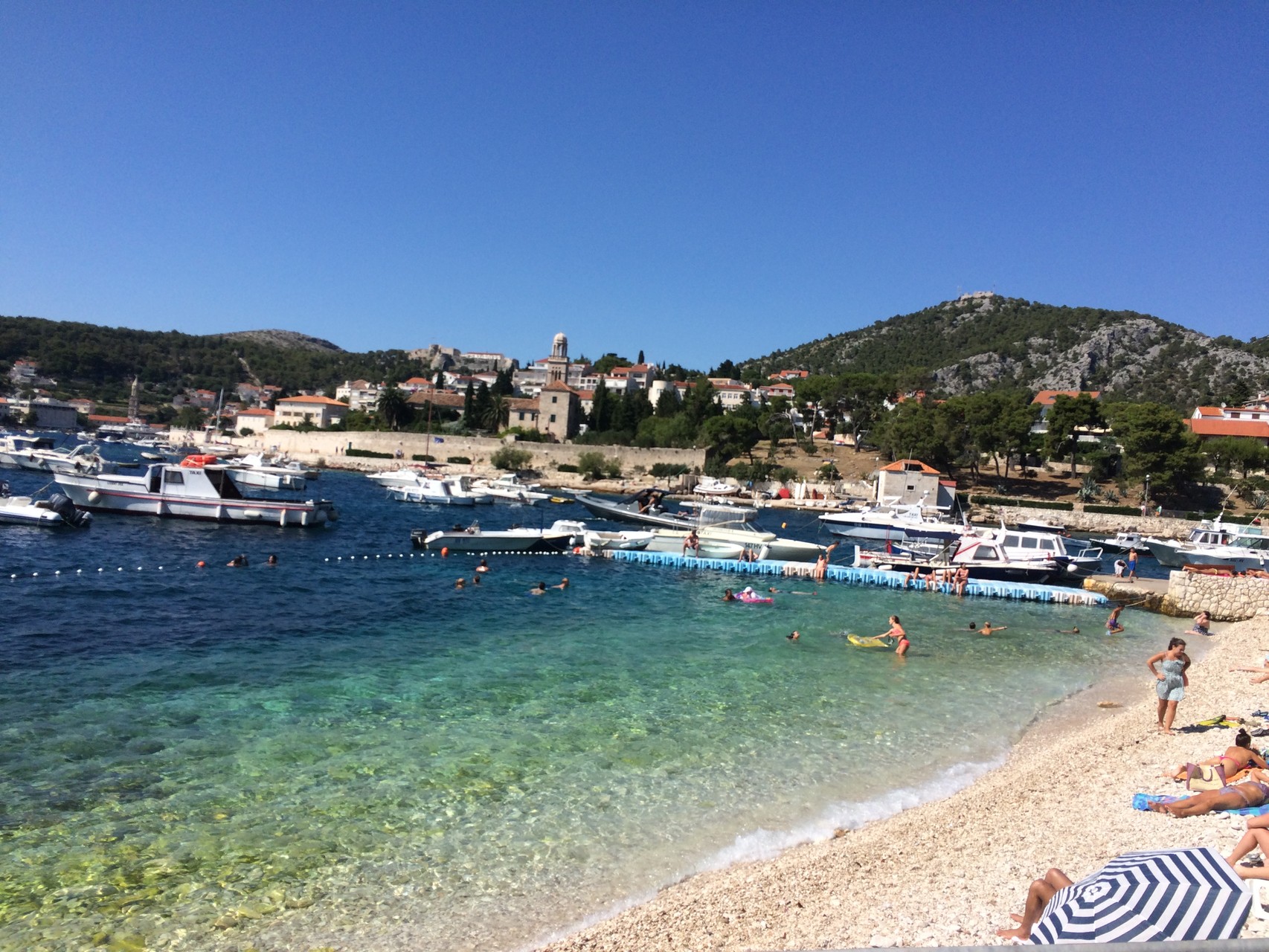 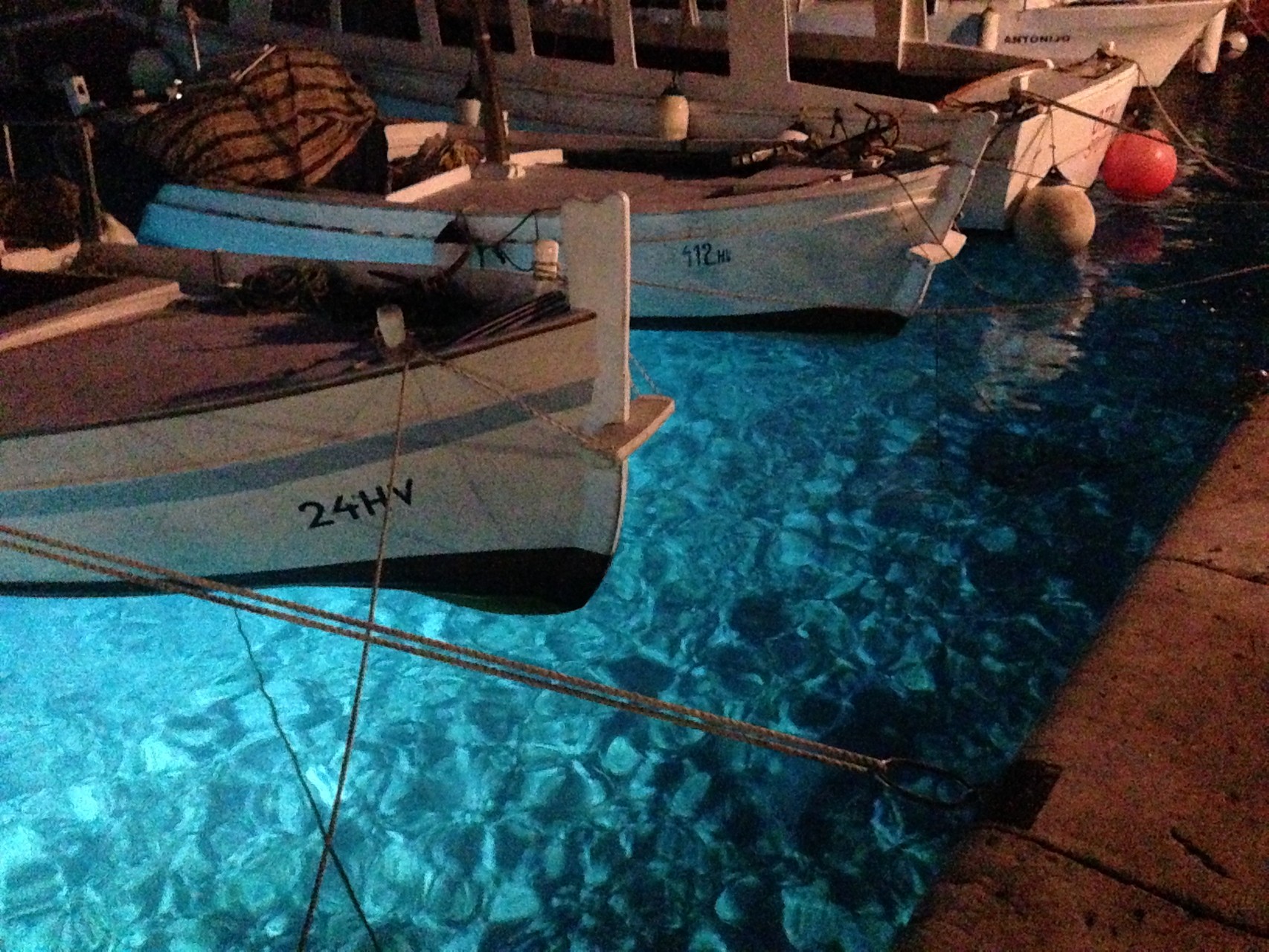 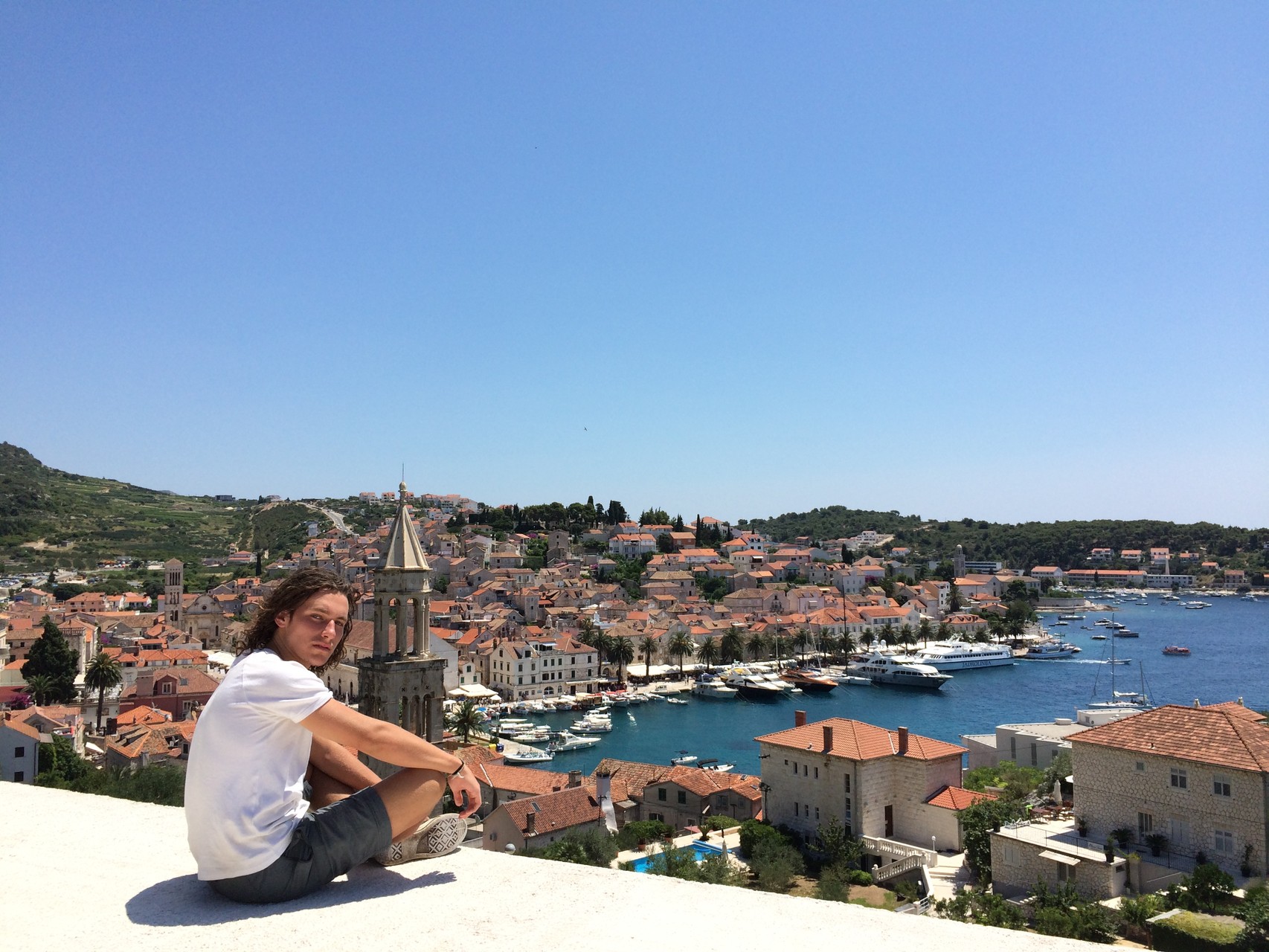 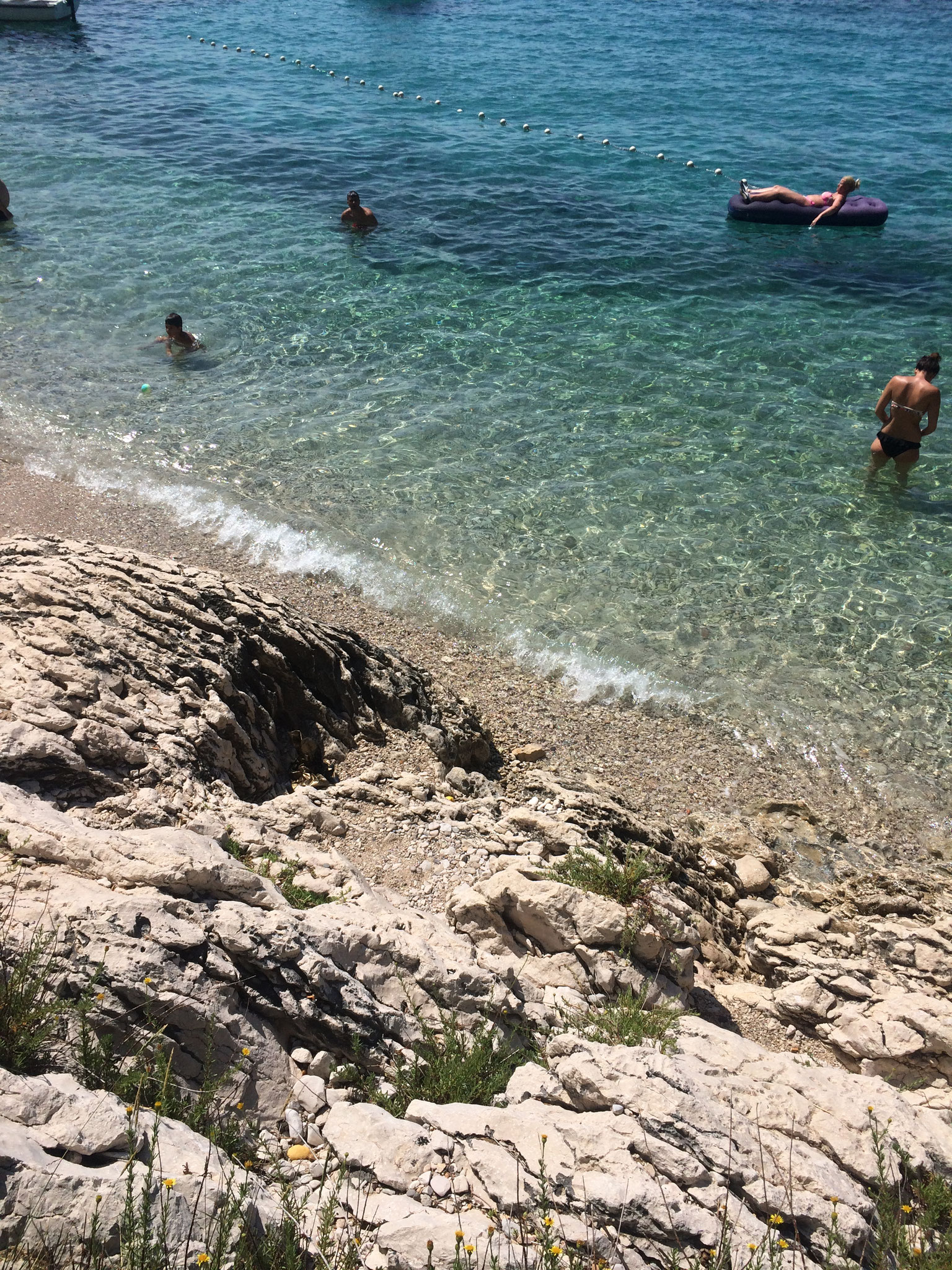 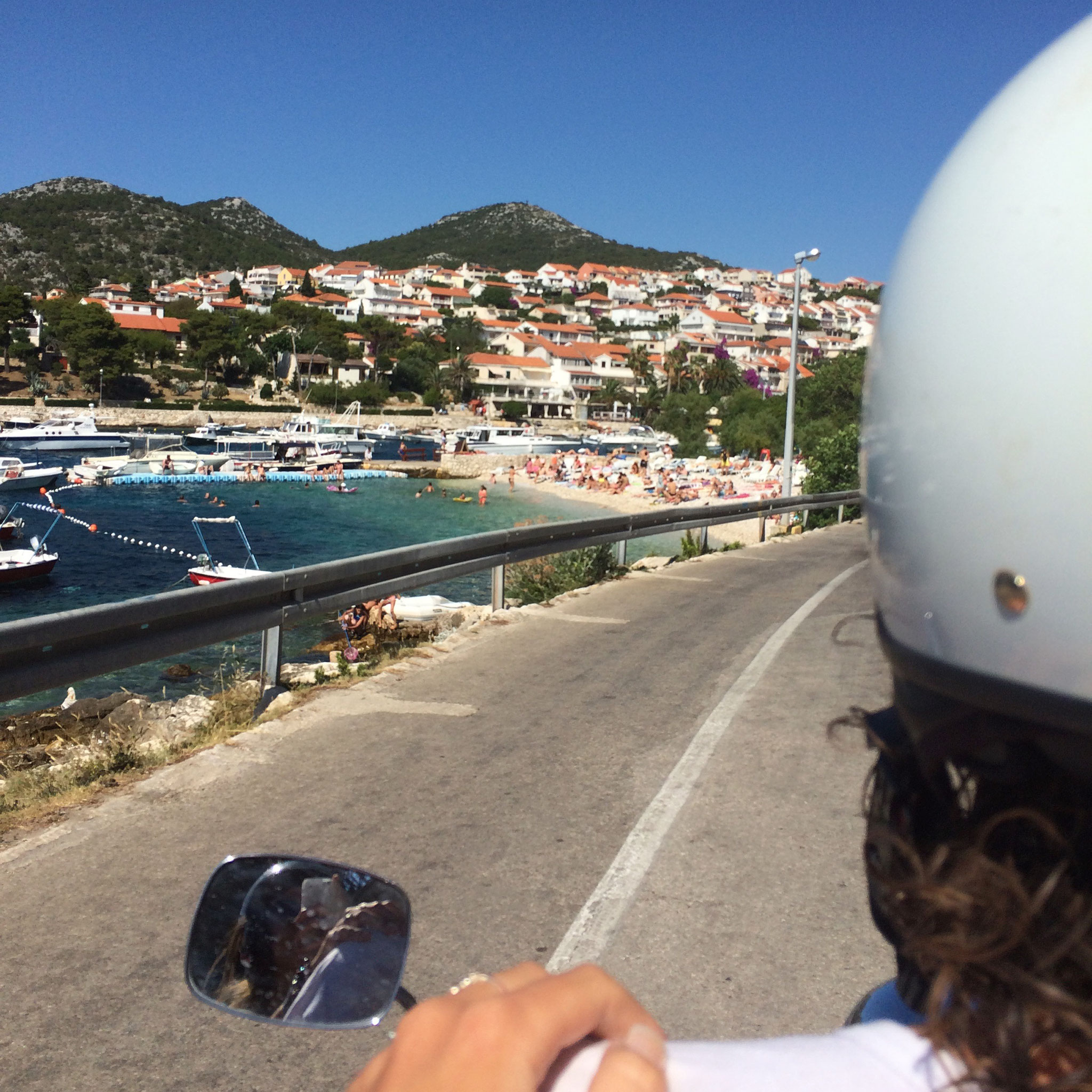 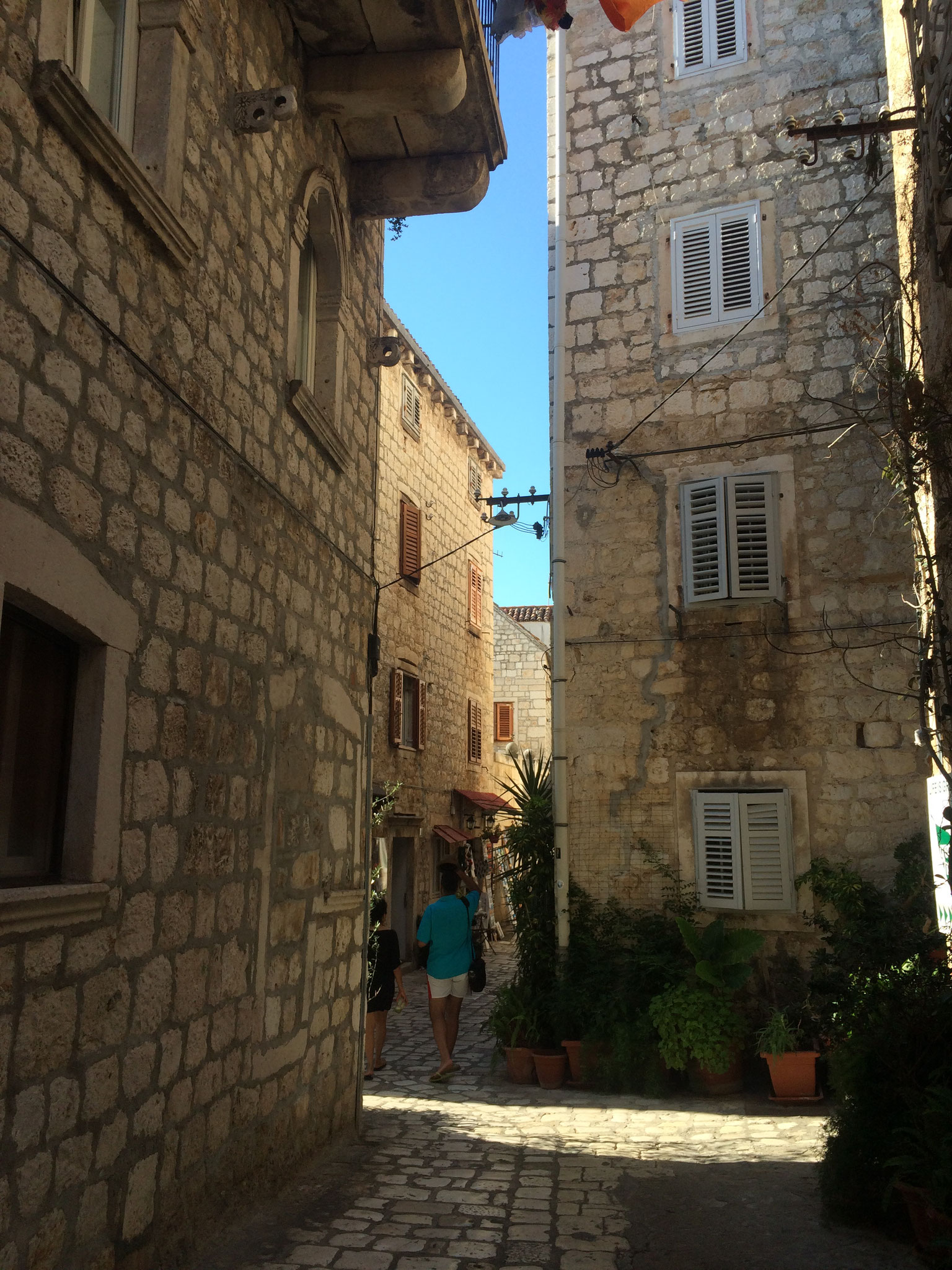 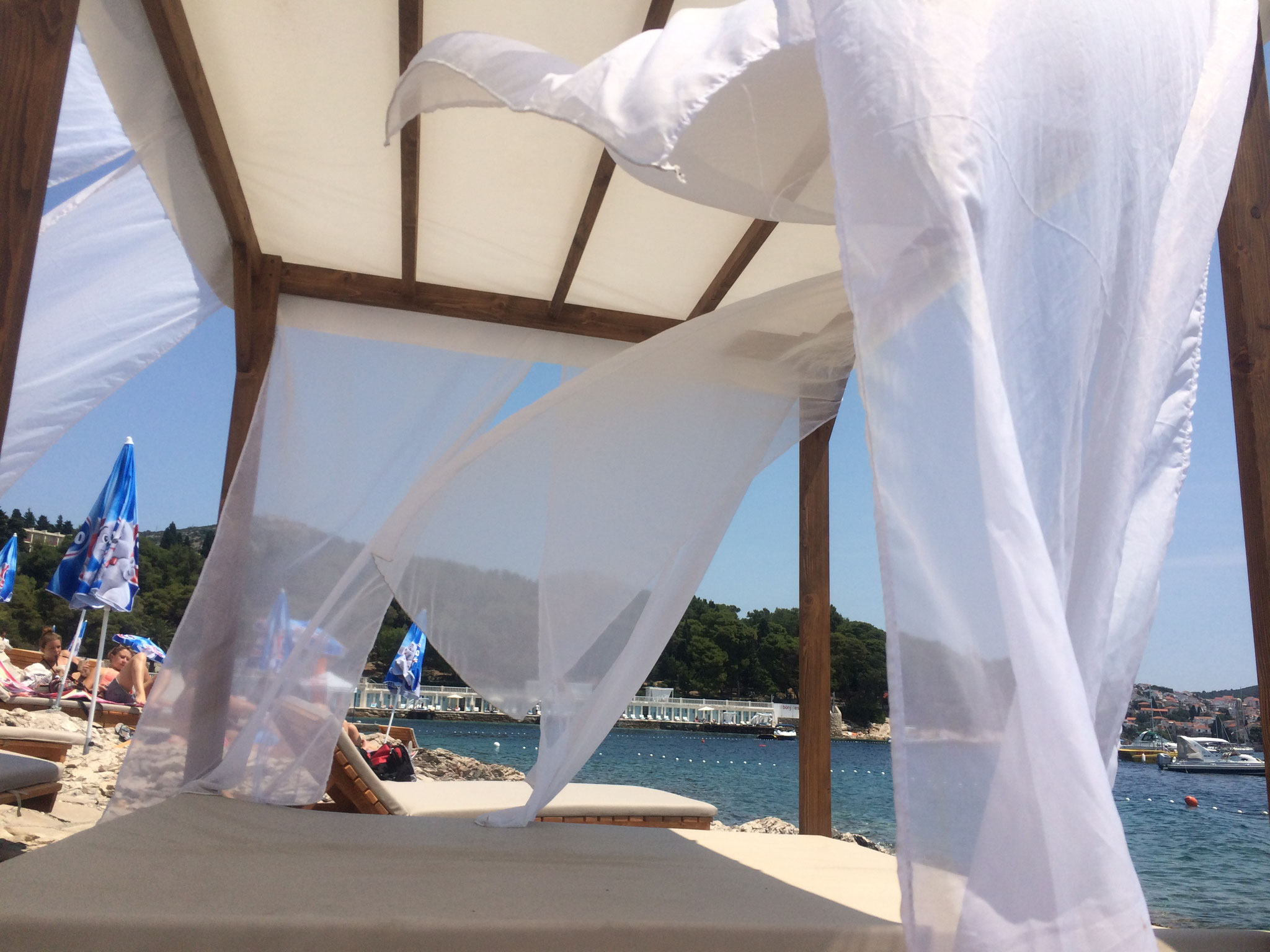 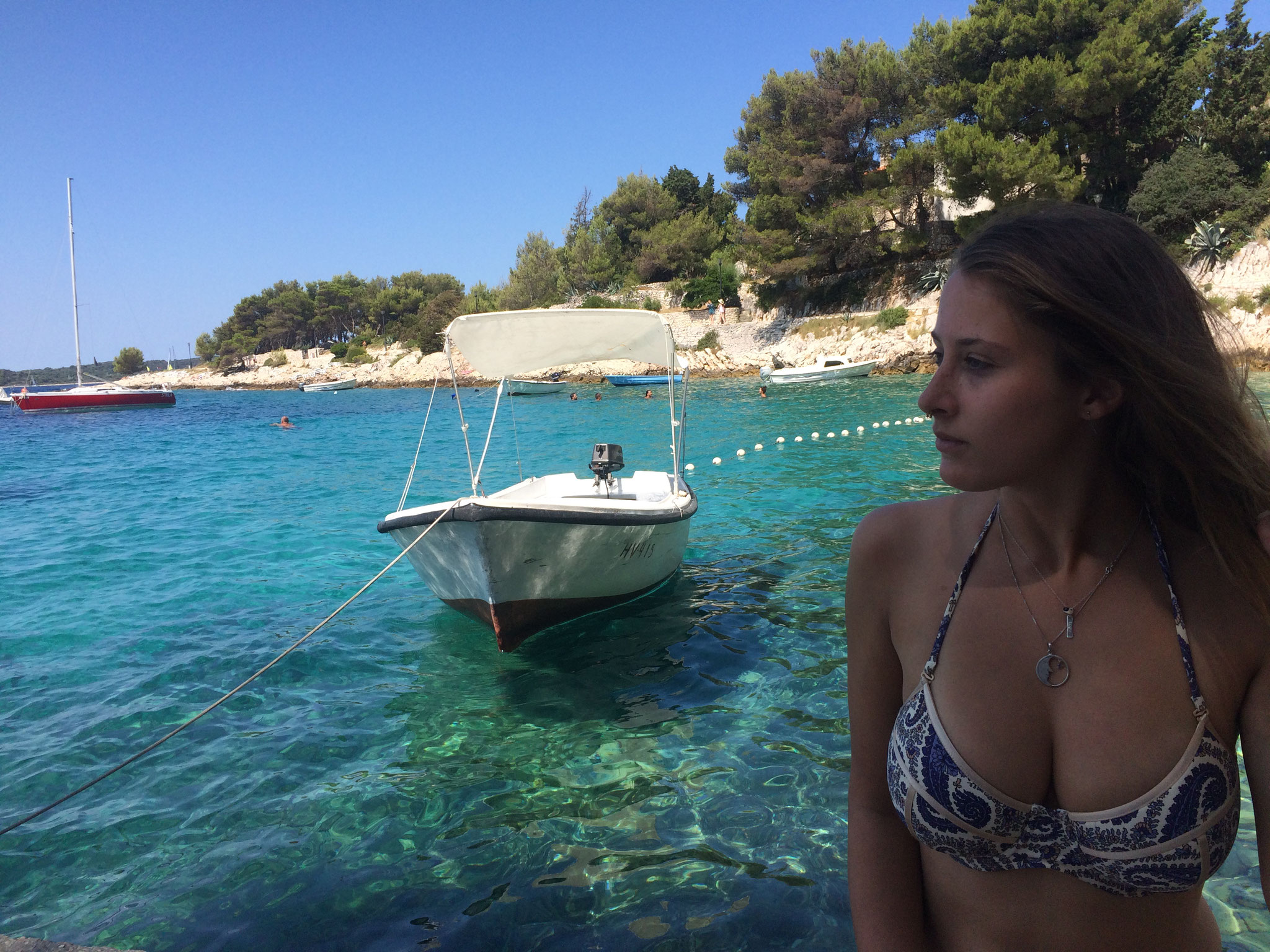 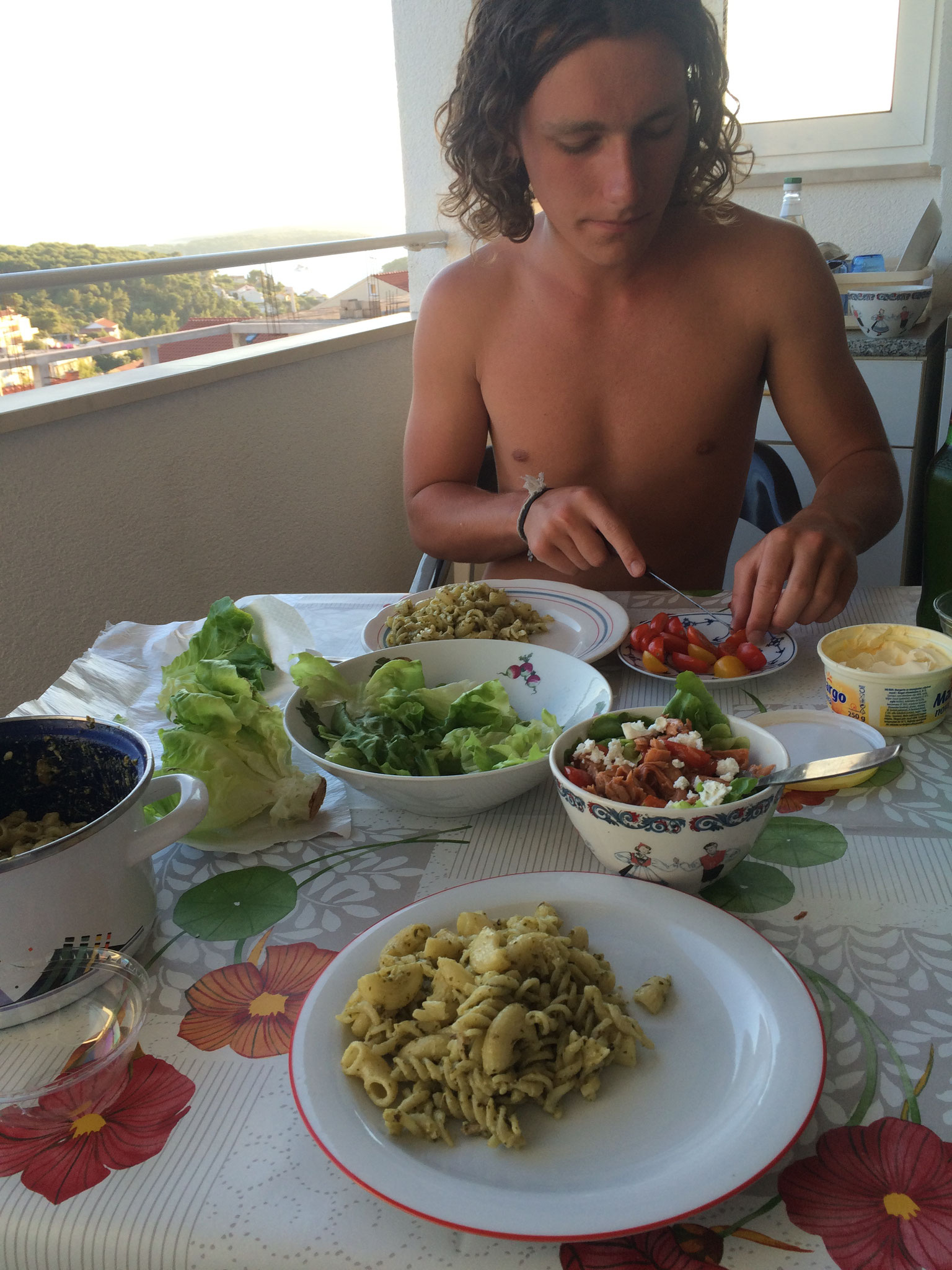 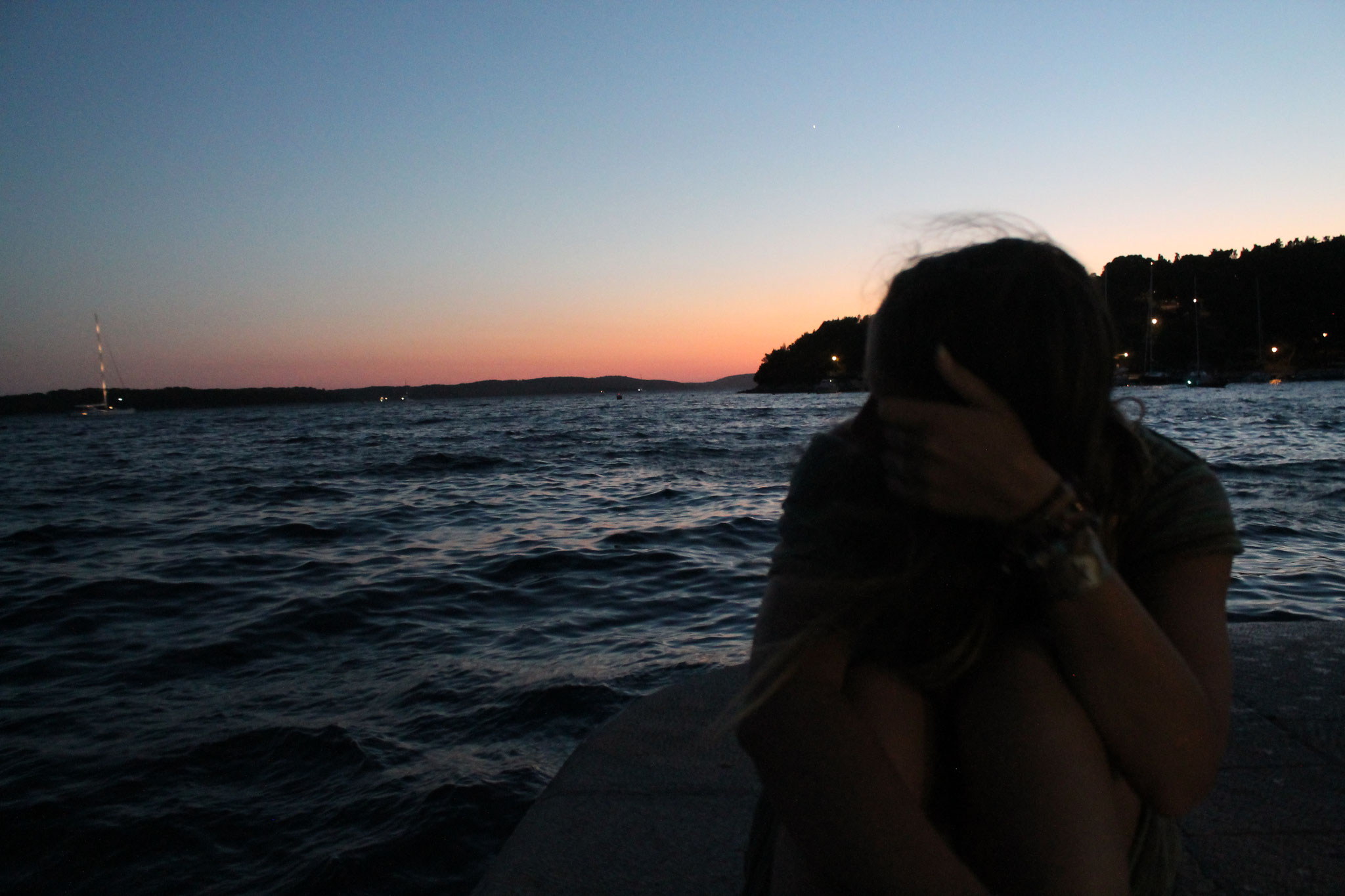 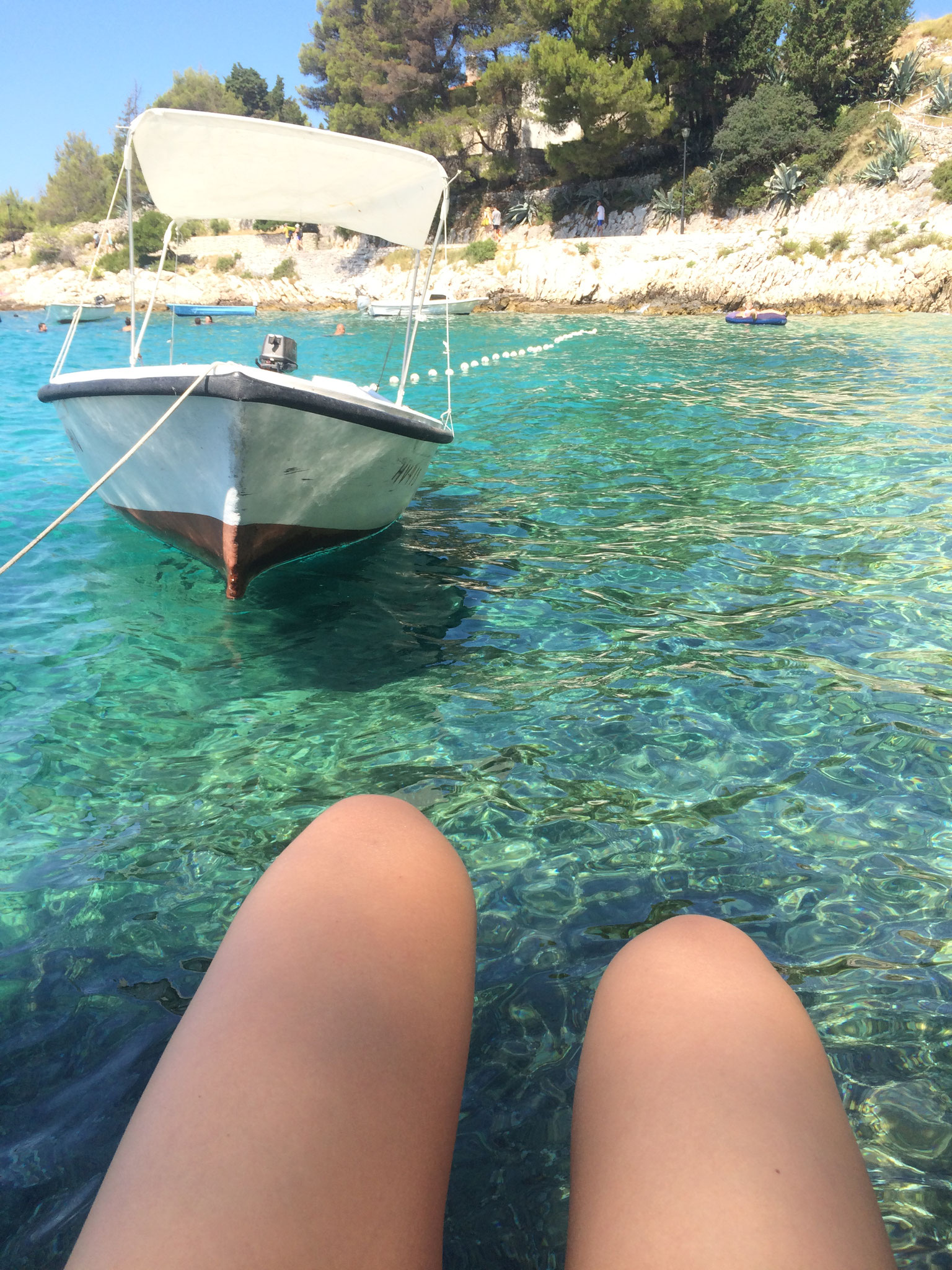 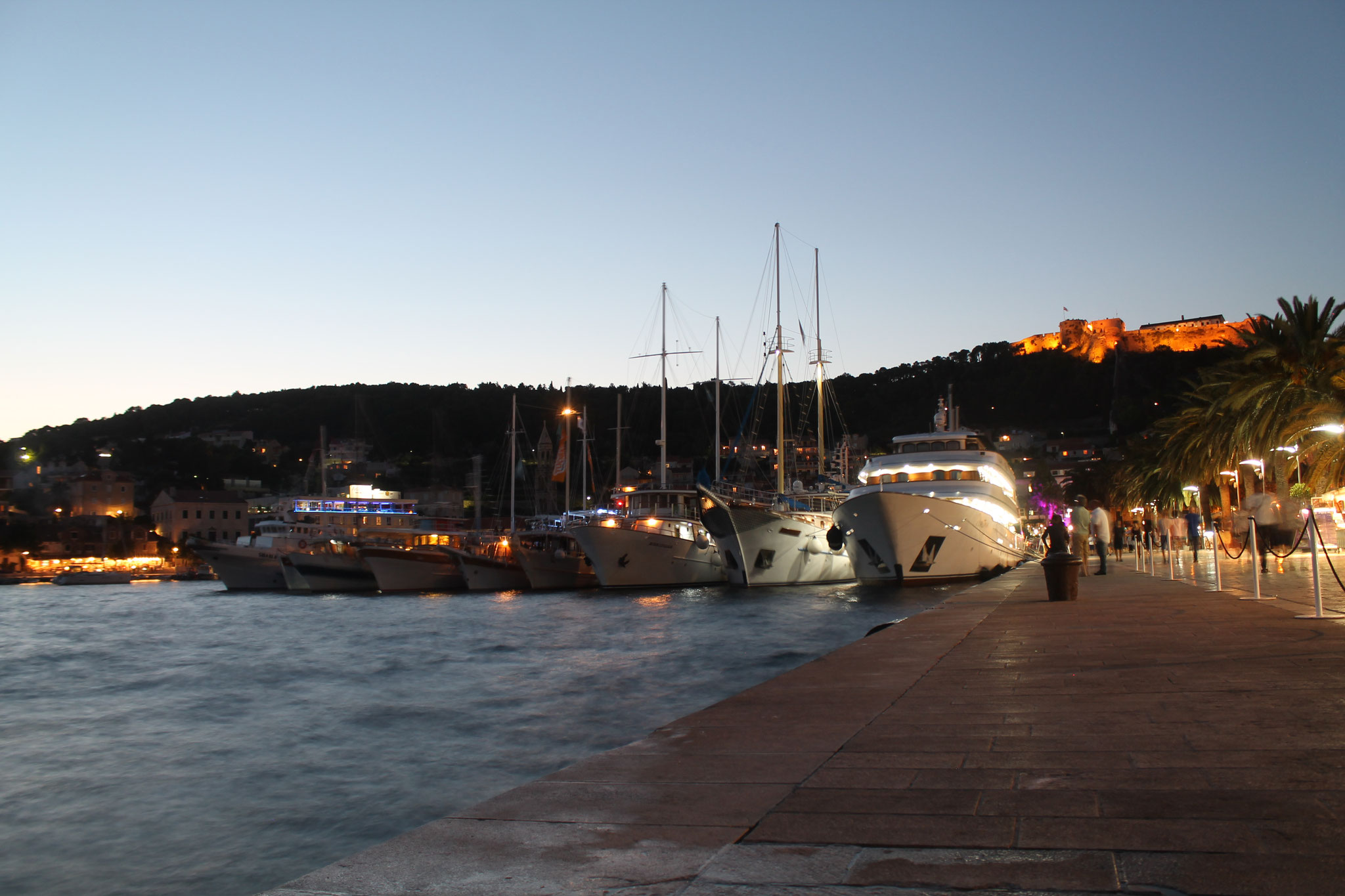 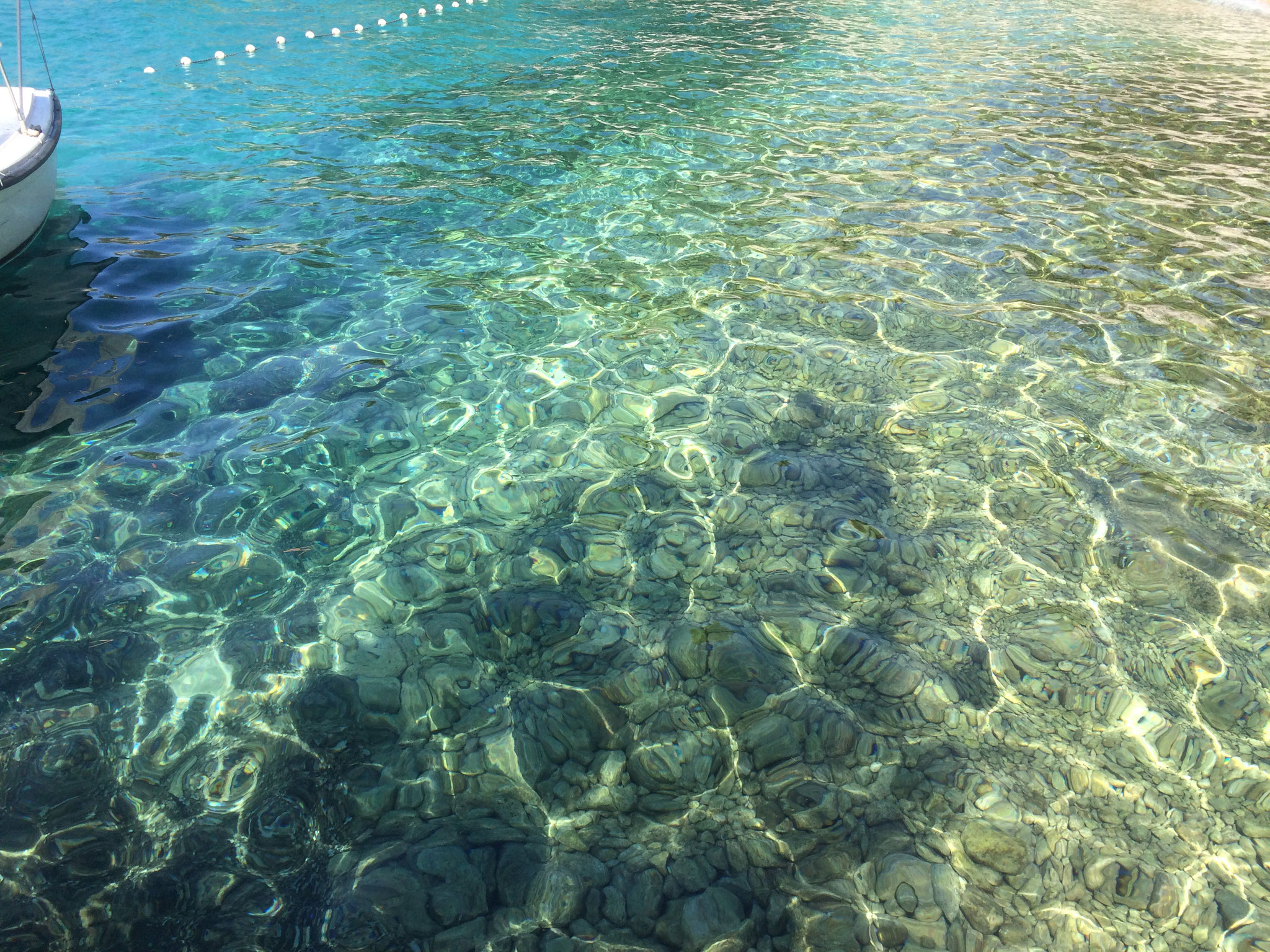 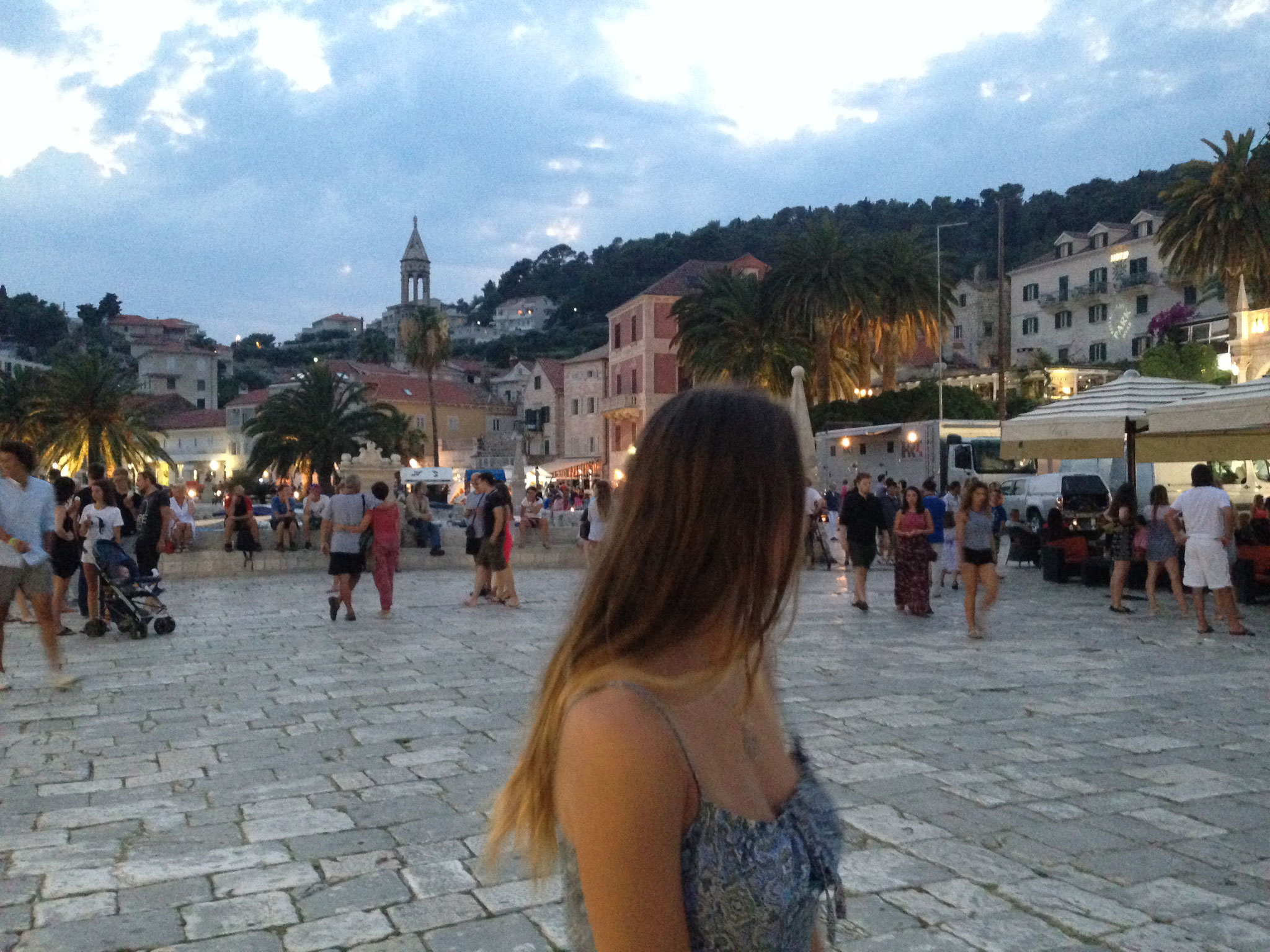 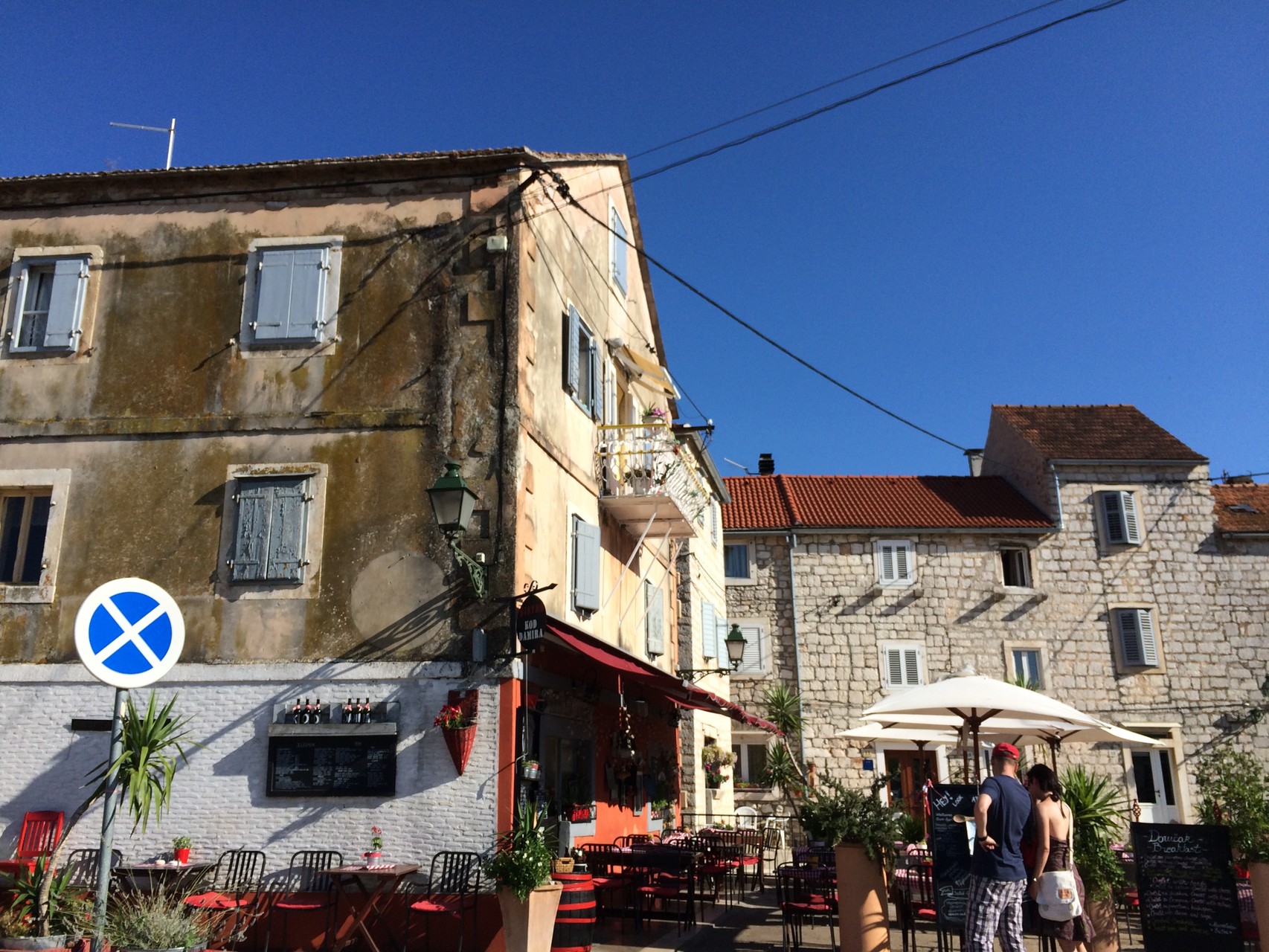 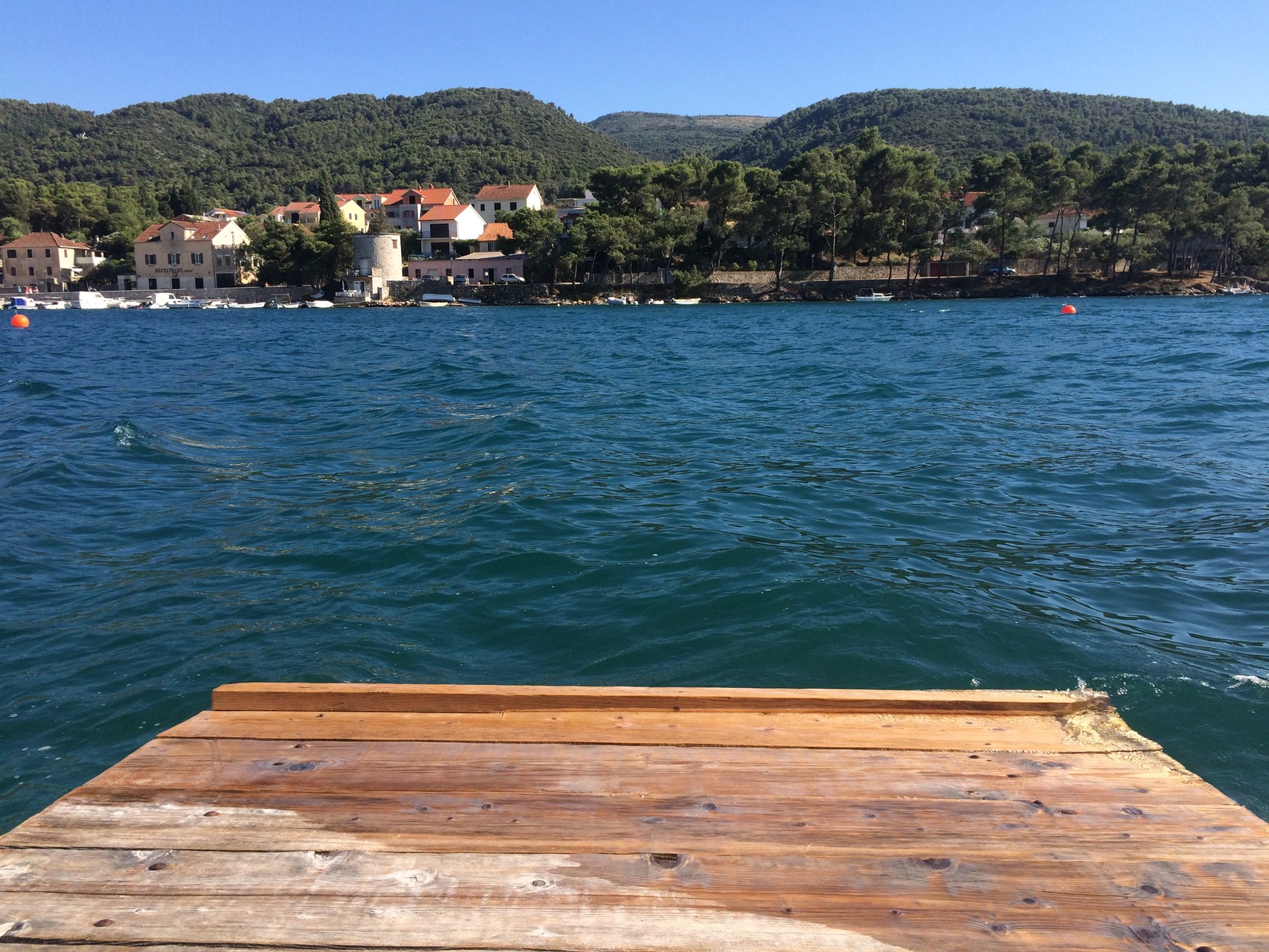 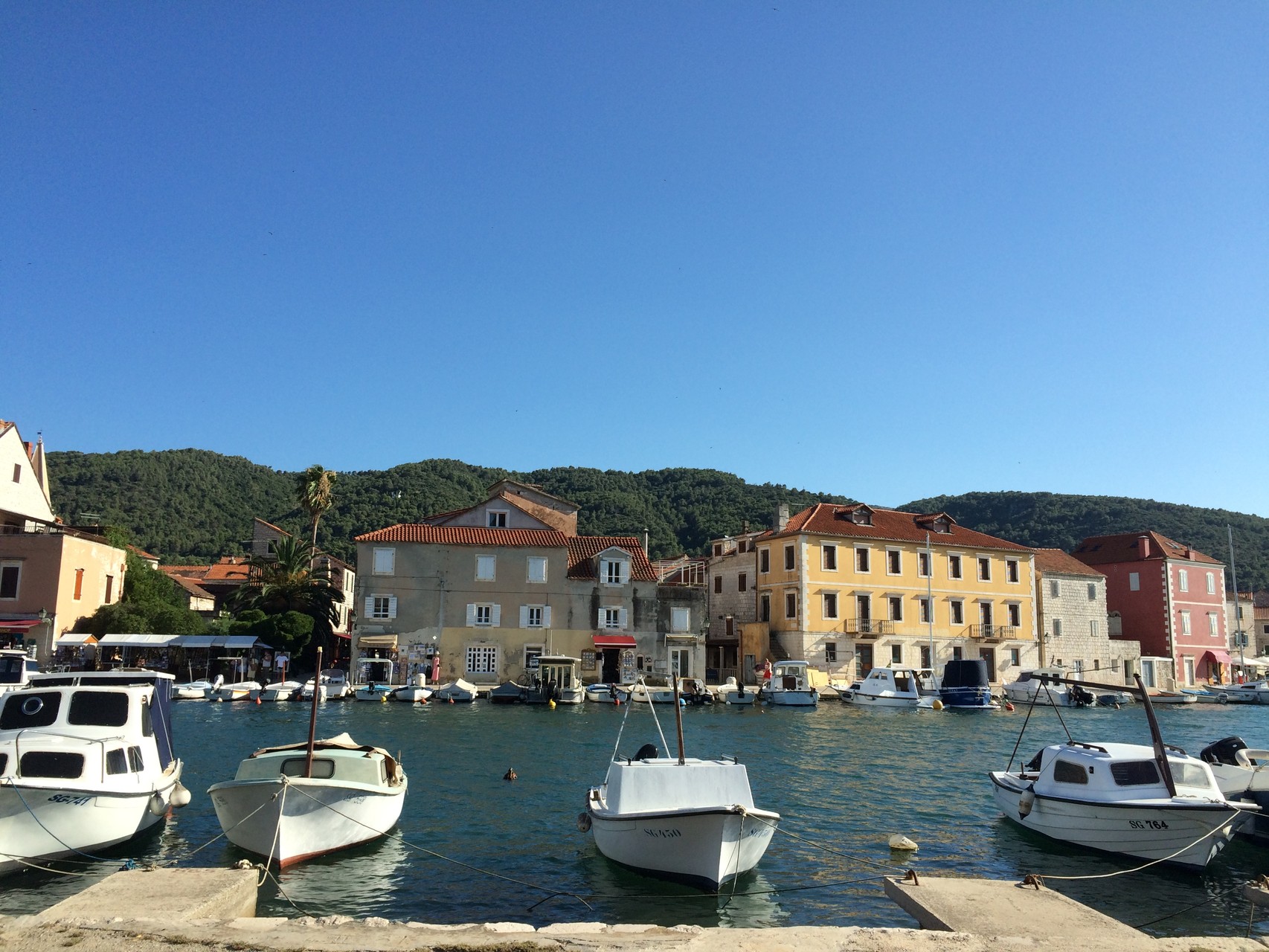 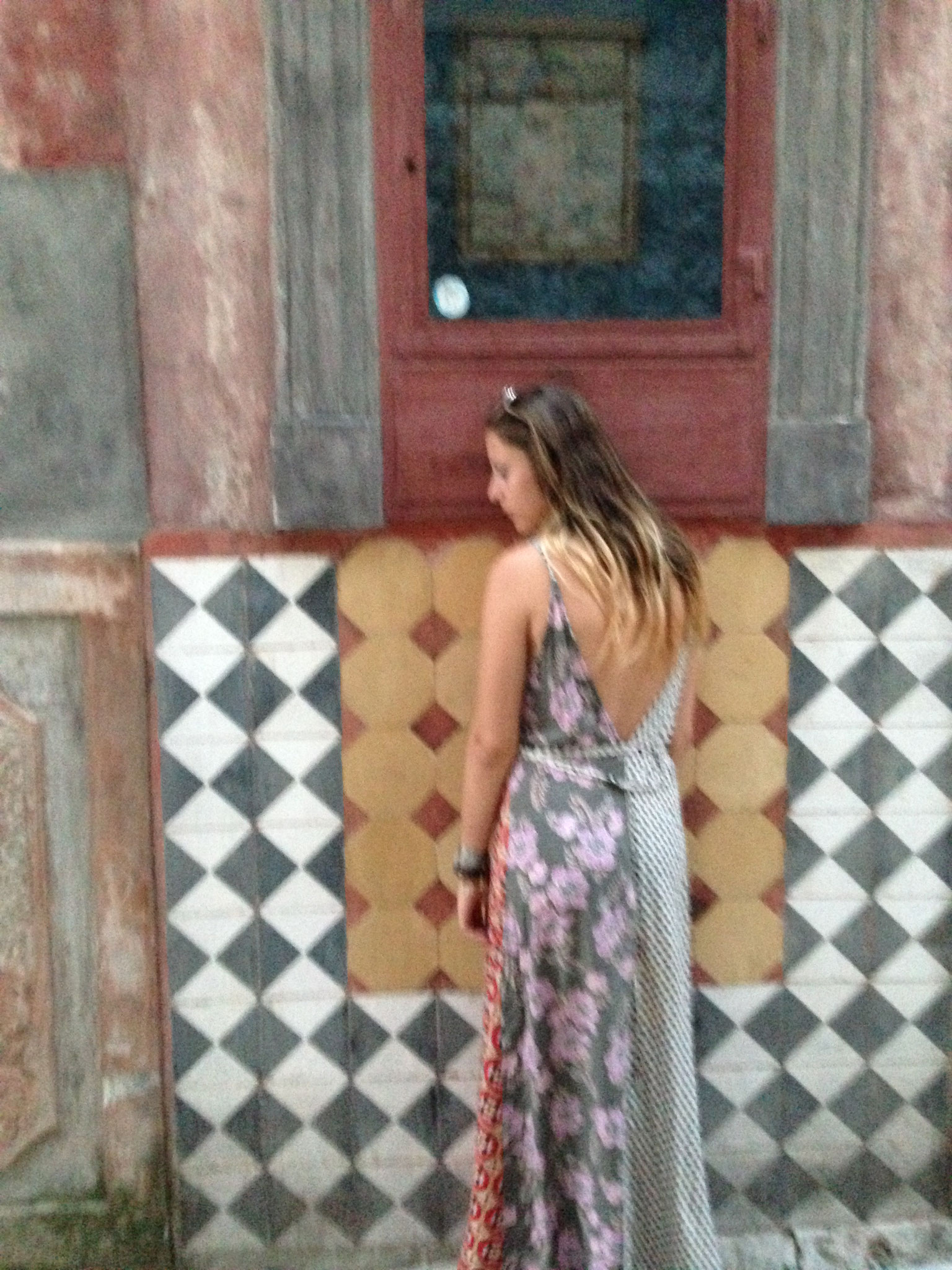 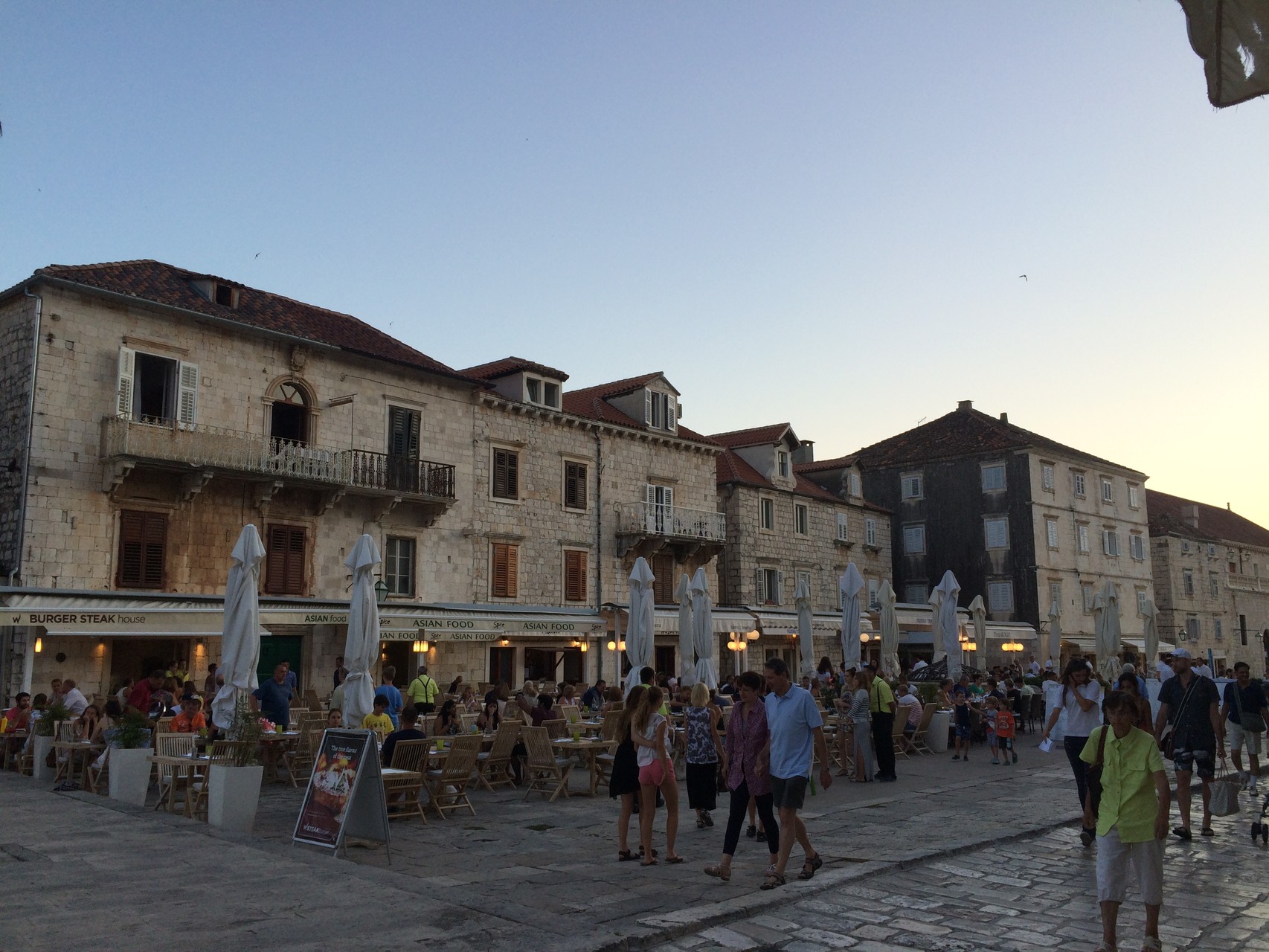