Krka National Park was the highlight of Croatia for me and i would highly recommend it to anyone looking to add a special/different dynamic to their trip. We stayed in a nearby town called Sibenik for 2 nights and caught the earliest bus to Skradin (which is where you catch the ferry across to the falls) for around $8 . The ferries run roughly every 20 minutes and are included in the entry fee to the park which is $20 pp. Once there you walk along a raised wooden platform through the national park as the crystal clear water rushes beneath you. The path twists and turns around the dramatic foliage, it is pretty surreal.  A large lawn sits behind the falls where people were sunbathing and having picnics. The water is freezing although if you're visiting in summer the colder the better! The crowds are going to be unavoidable in the summer months no matter how early you get there so don't be disappointed if the experience doesn't feel as 'off the beaten track' as you had hoped. We packed our own lunch as food was expensive and limited. Make sure you take the time to truely appreciate the beauty of the falls. I found even though we spent all day there i walked away feeling as if it had all been a dream. Soak it in! What is so fascinating about these lakes, caves and waterfalls (aside from incredible natural beauty) is that they are formed from calcium carbonate, or limestone, that becomes travertine which only grows about 1 cm each year. 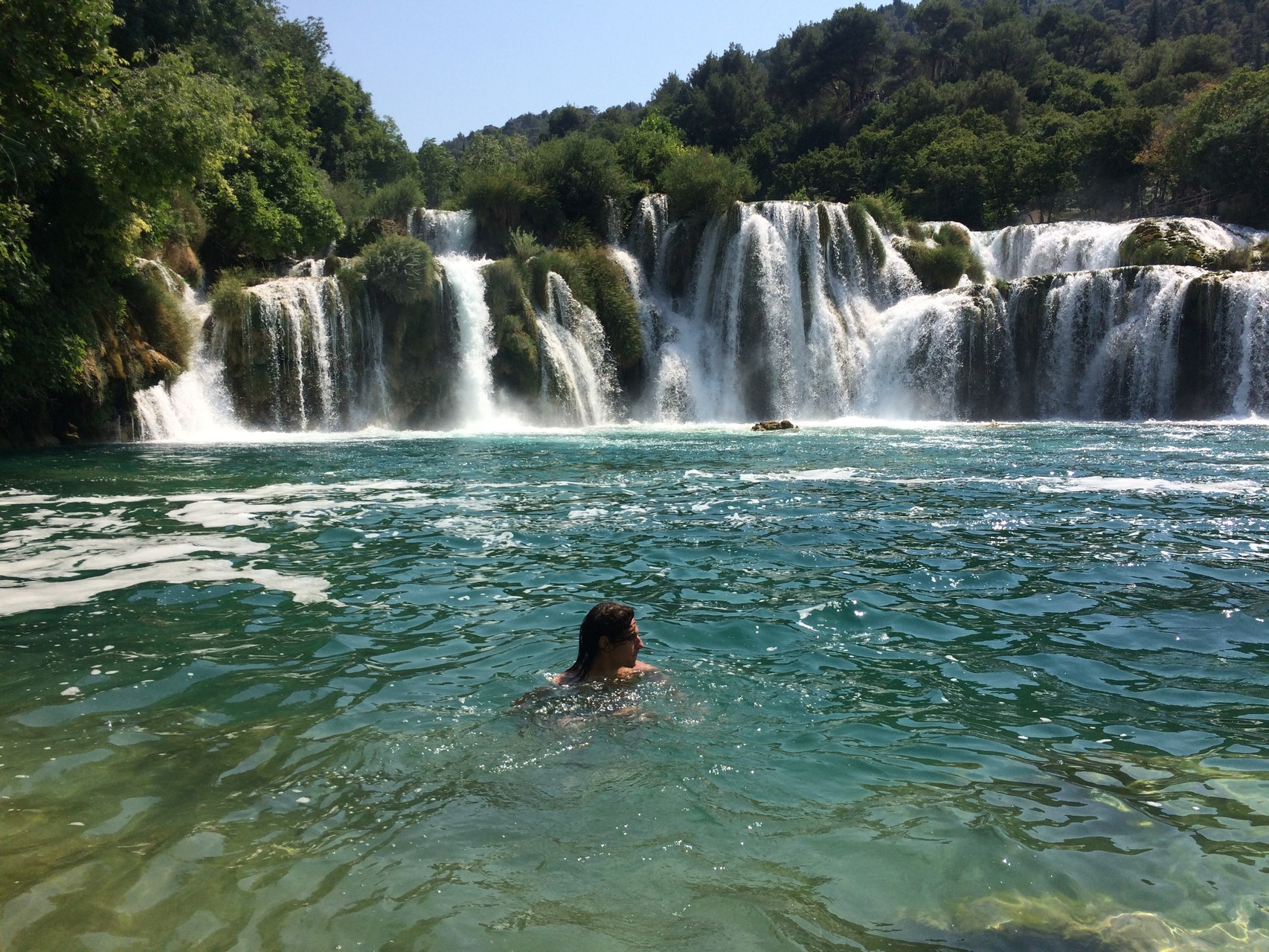 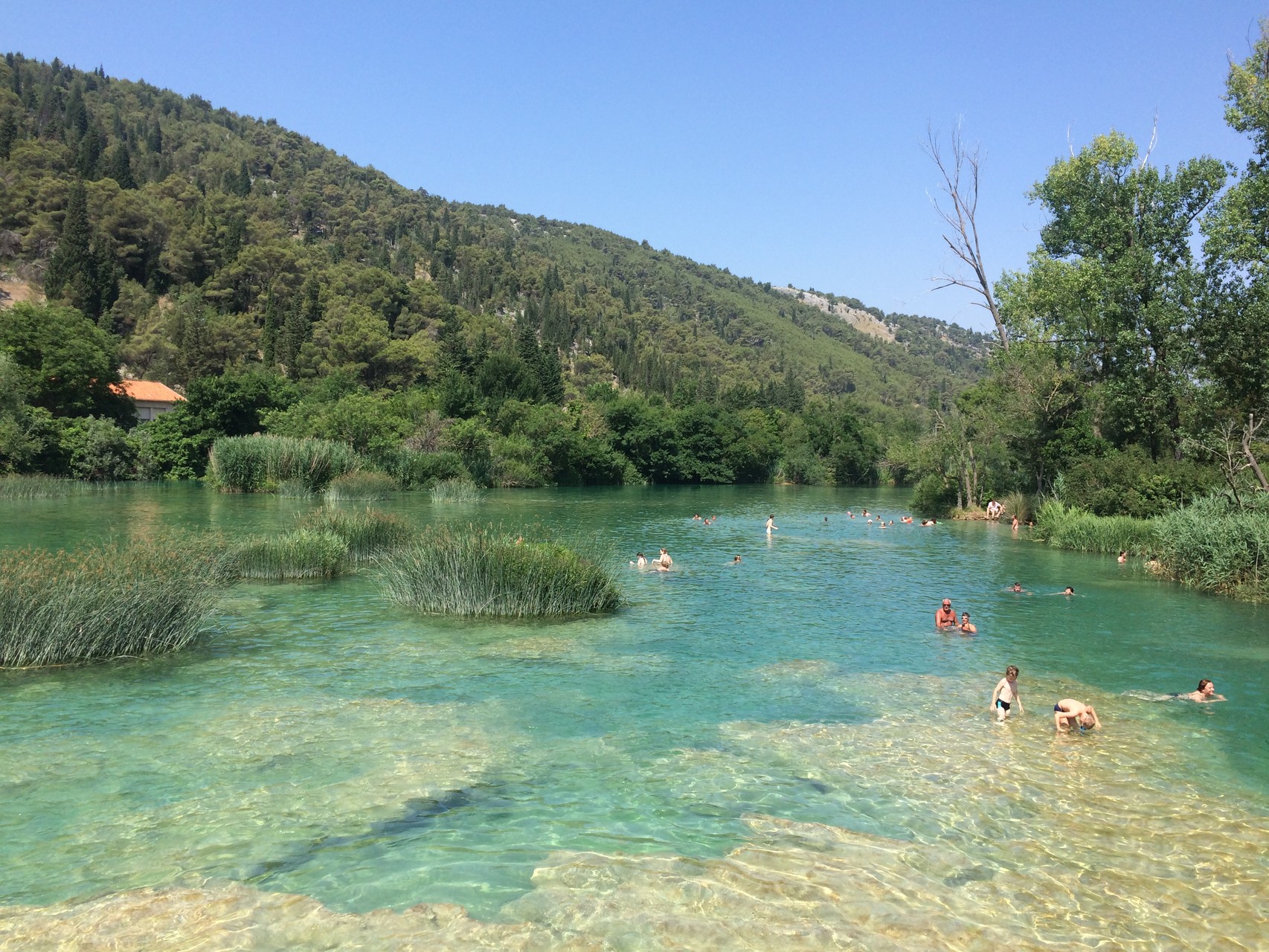 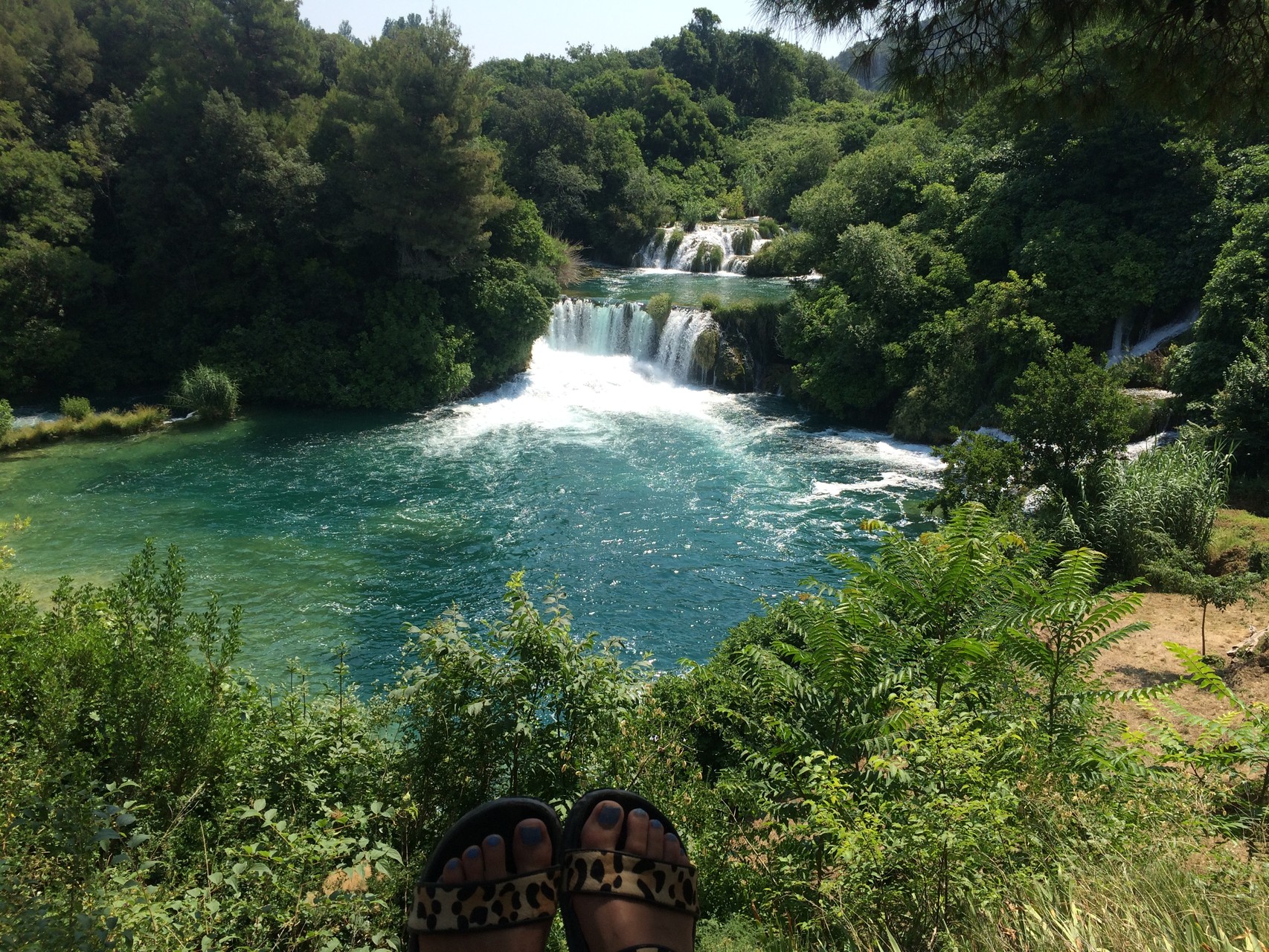 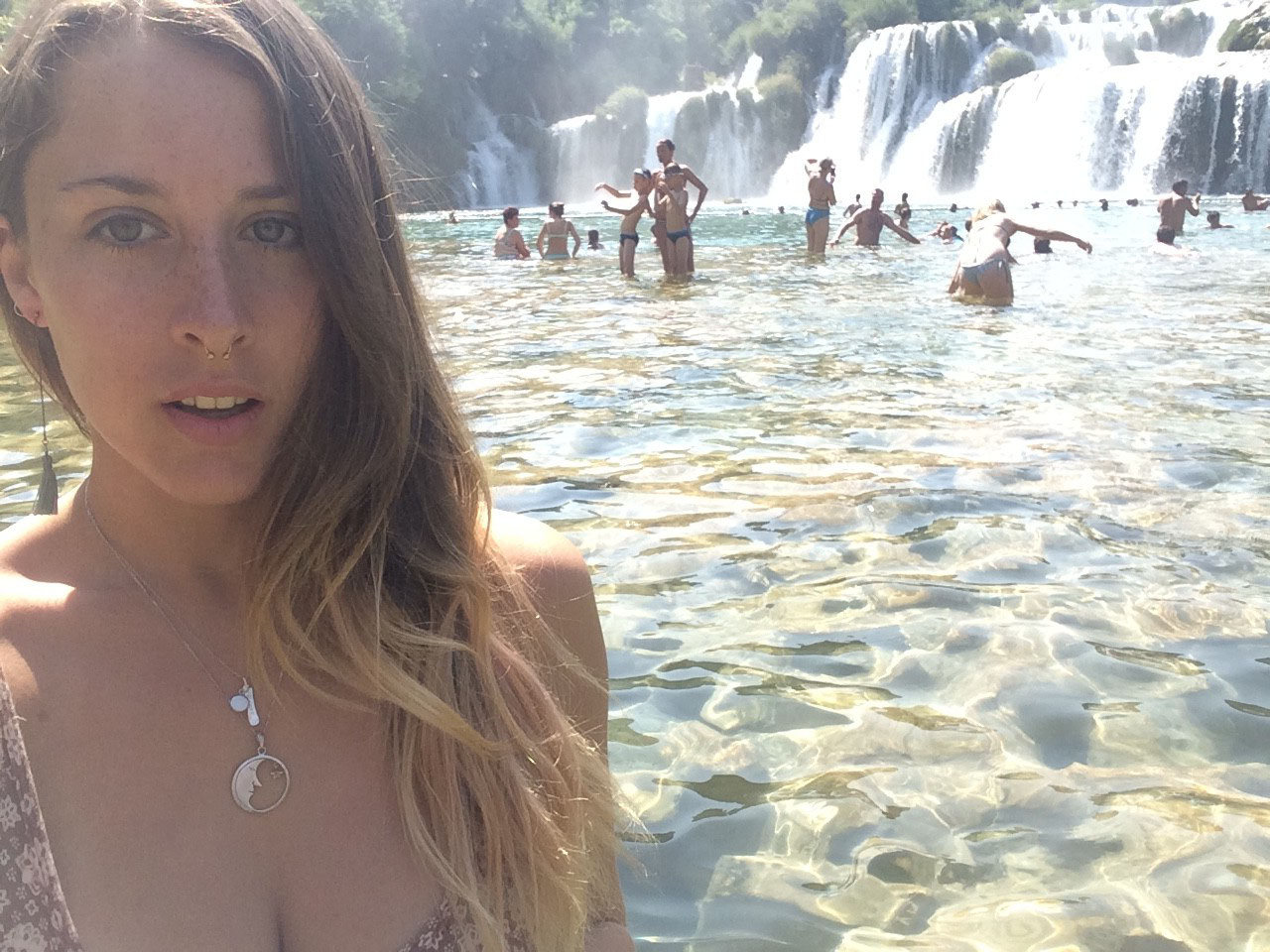 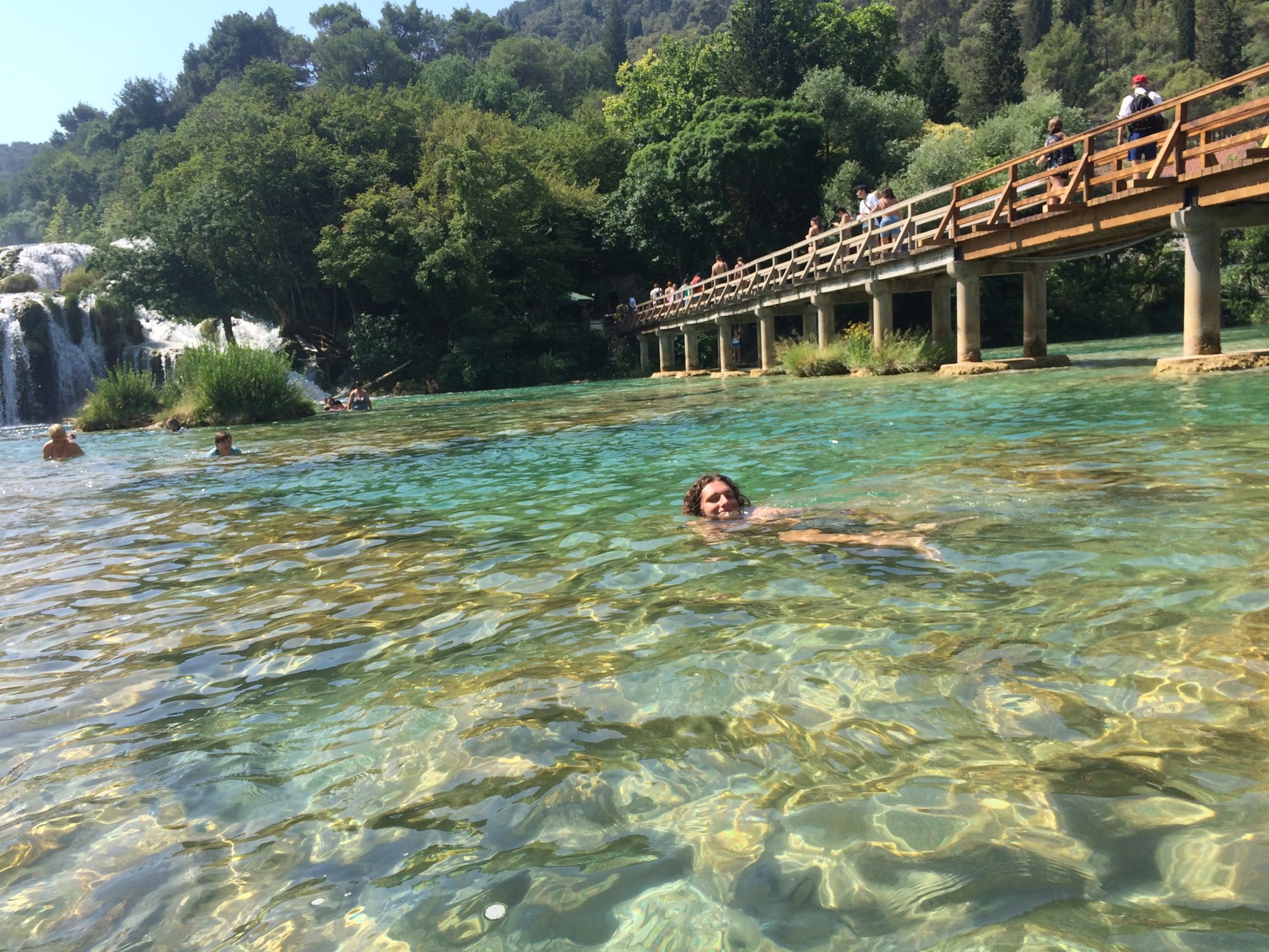 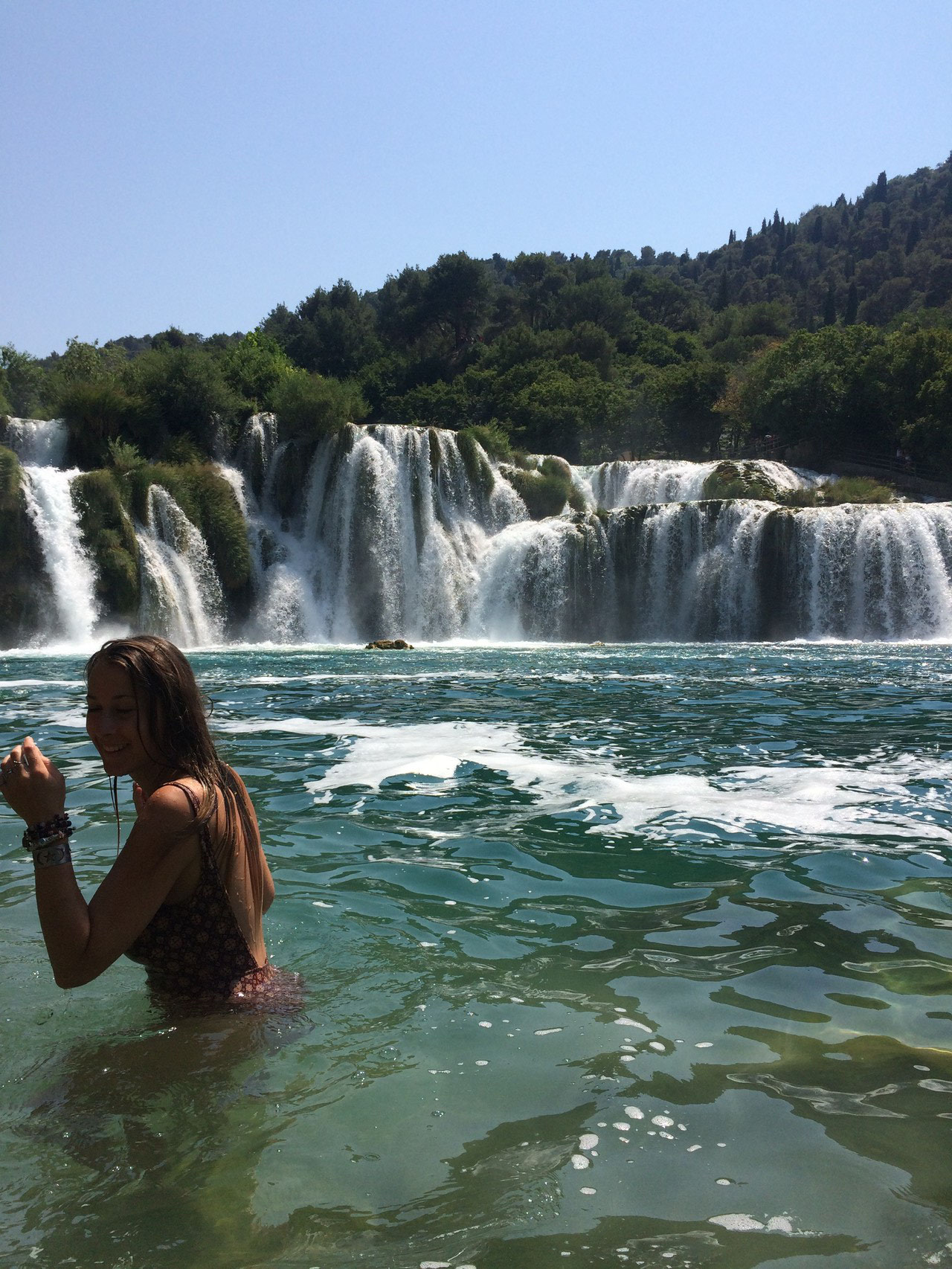 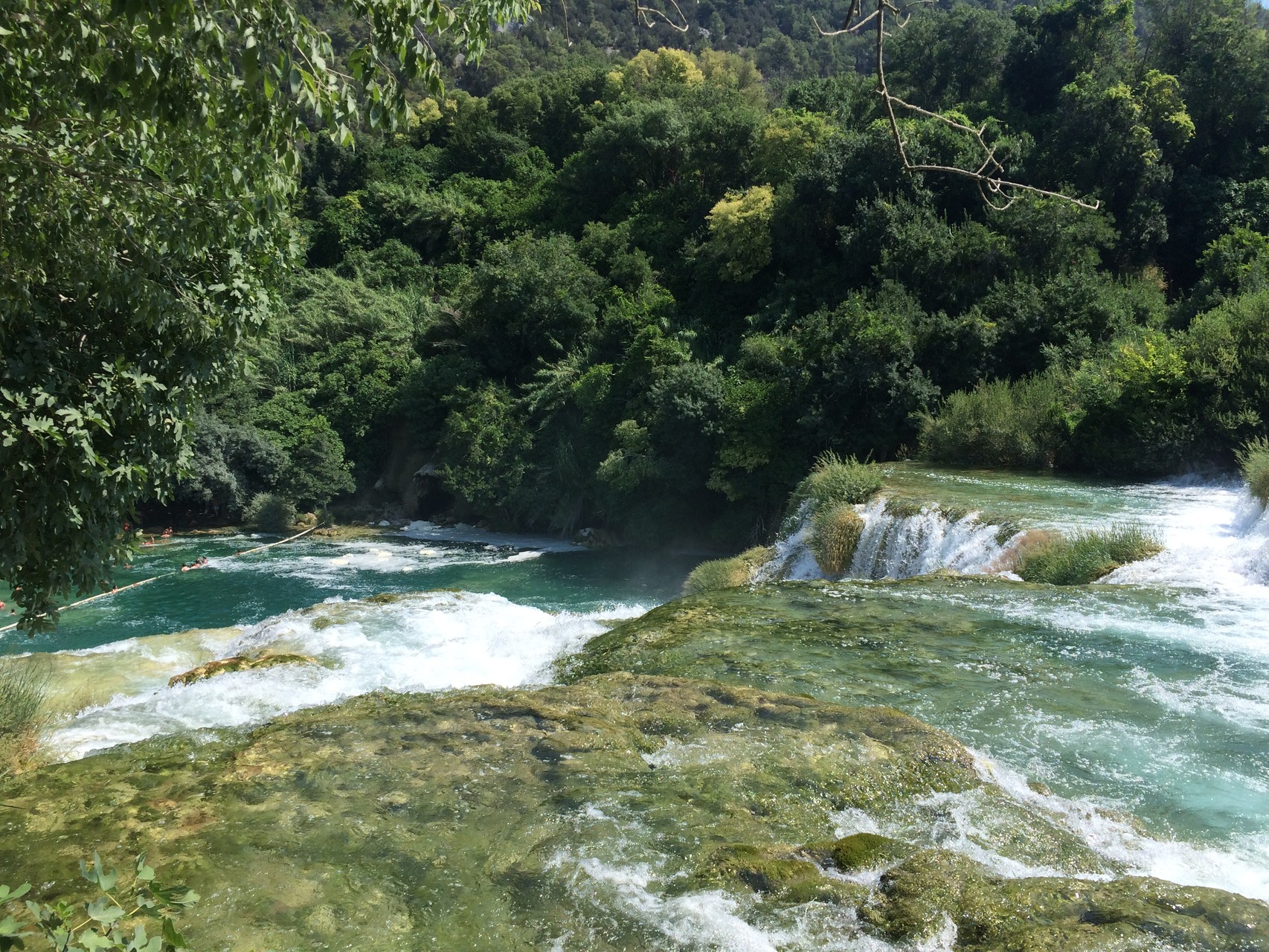 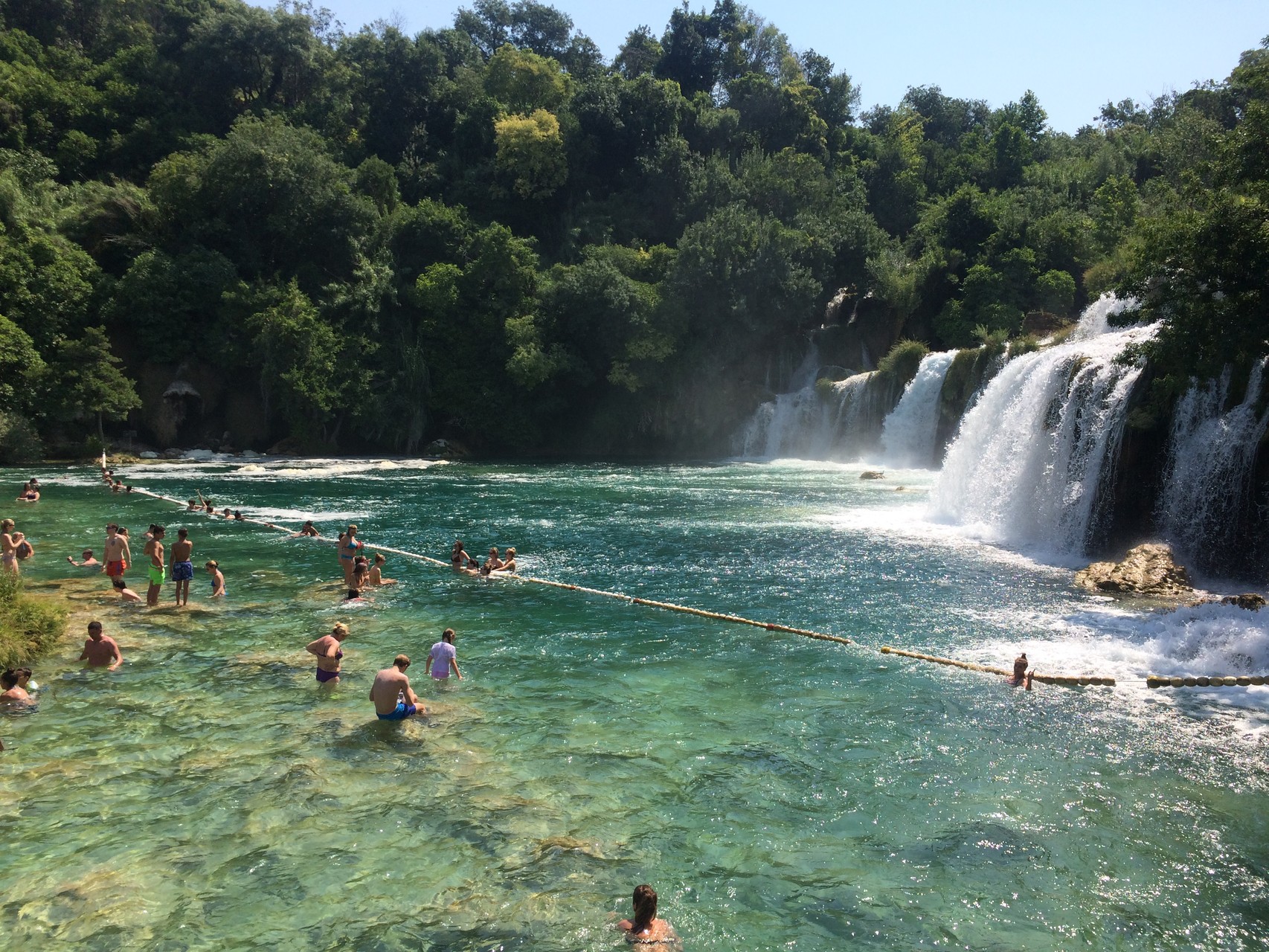 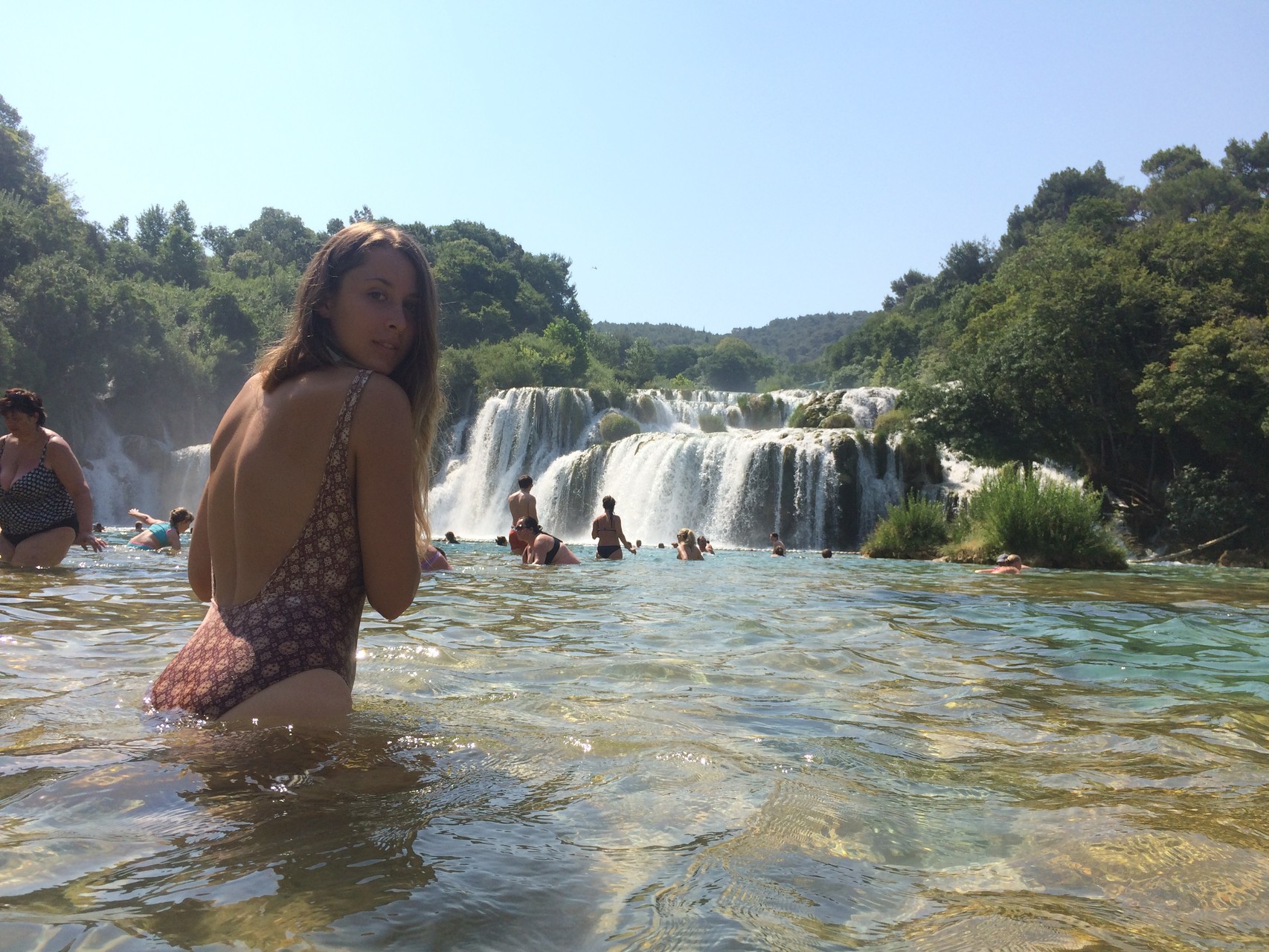 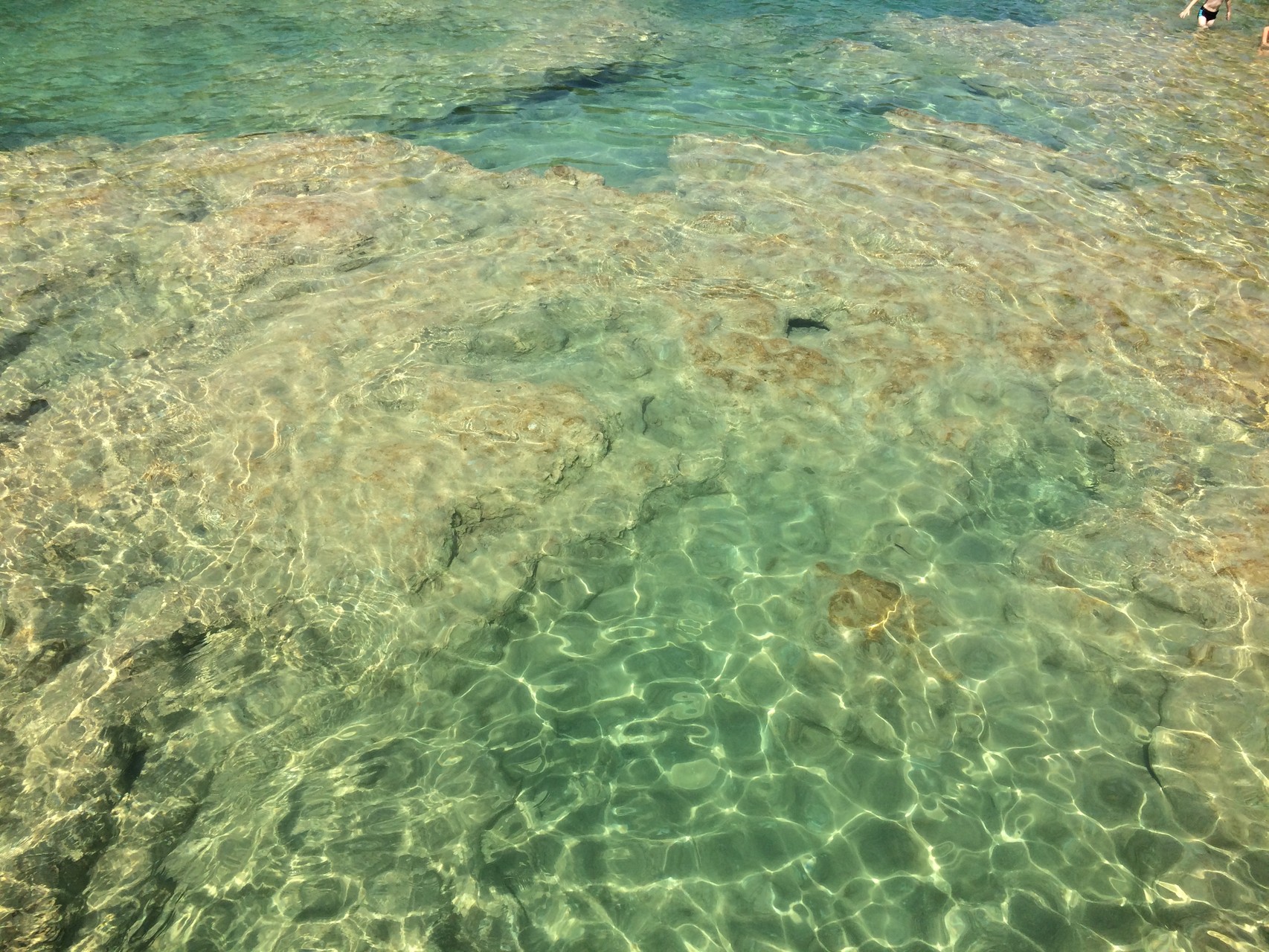 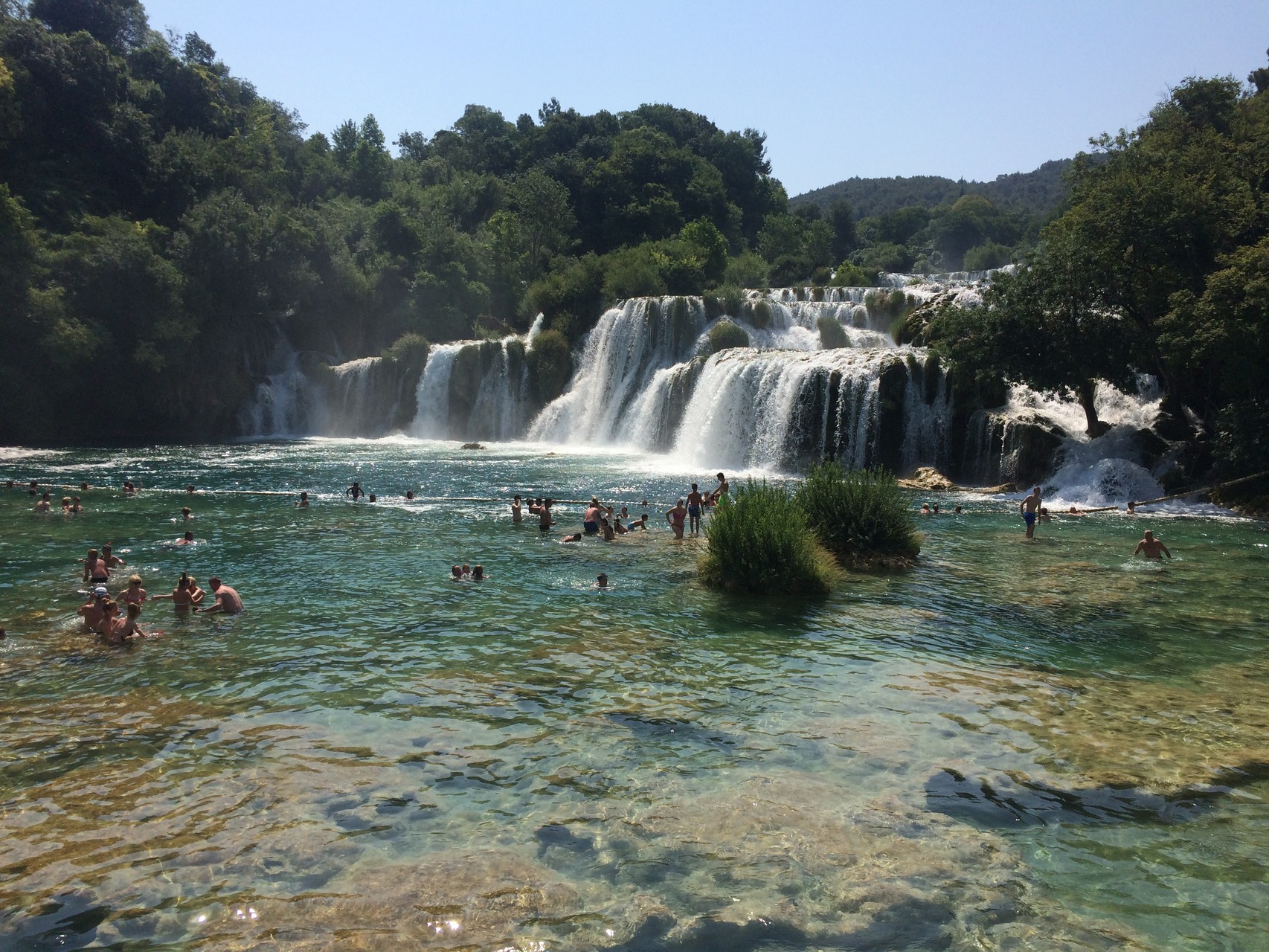 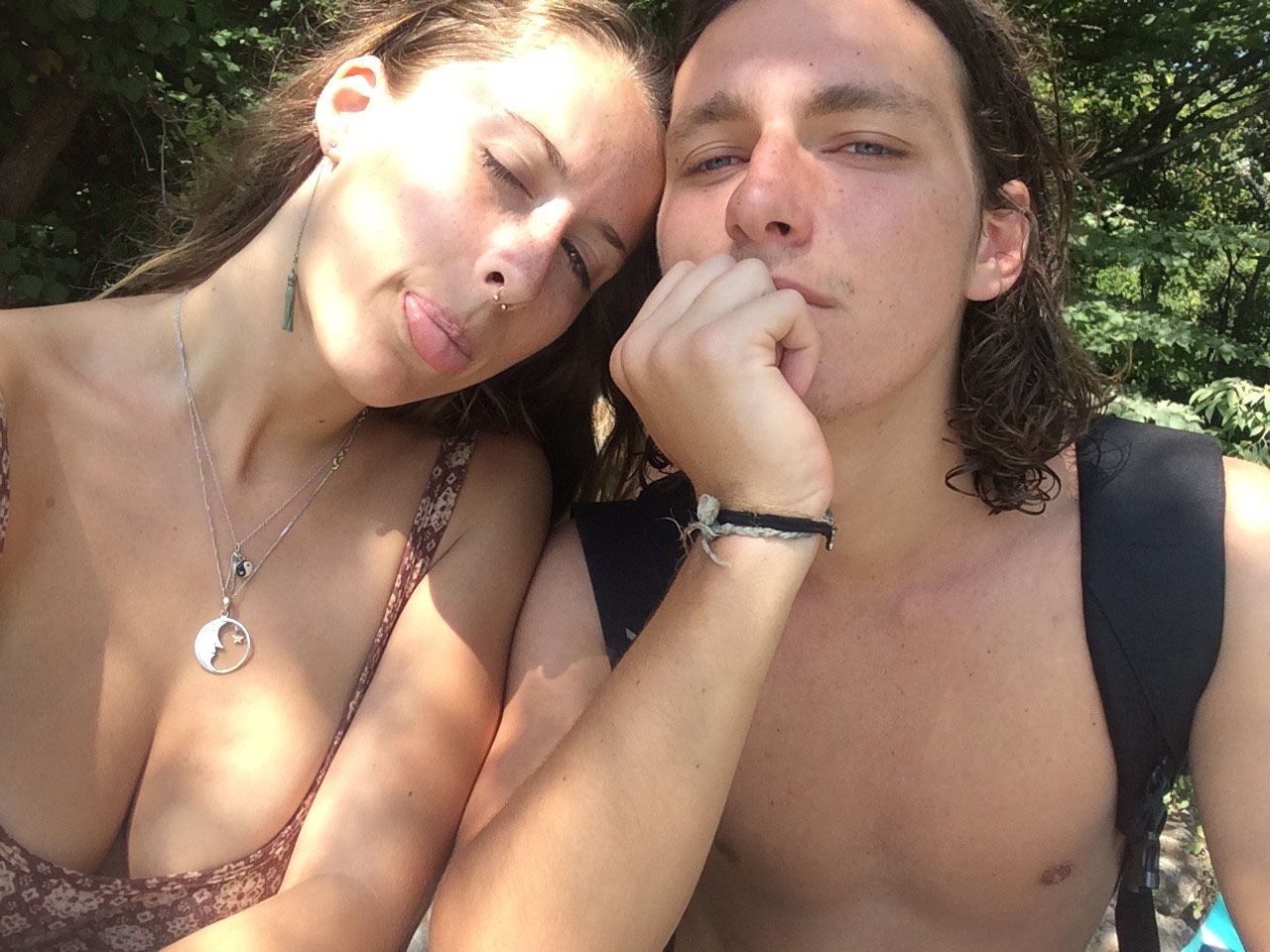 We arrived in Šibenik (a UNESCO World Heritage site) mid summer afternoon (about 38 degrees) after a night of chaos in Spain where ebbs had read the timetable wrong and instead of being on the last train out of Barcelona to the airport (where we were planning to stay the night) we were on the last train out of Barcelona to god knows where. We realized this an hour and a half into the train ride by which point it was far too late to rectify the situation. It was then 1am and our flight to Split was at 7am the next morning. If it hadn't been for the lovely woman sitting next to us on the train who happened to know about a night bus system we would never have made our flight/would have been lost forever in the depths of the Spanish countryside. We caught 3 night buses to the airport whilst the entire time having no idea where we were or if we were going to make the flight and finally arrived at the airport at 5.30am just in time to check in and board our flight. Understandably we were incredibly relieved to arrive in beautiful Croatia and see a comfy bed and a cold bowl of cereal when we arrived at our accommodation in Sibenik. The town was beautiful, bypassing all our expectations, like something out of a fairy tale and the gelato was $1 a scoop! We chose to stay here primarily as it was the closest town to Krka National Park but I feel it had great merit of its own. We treated ourselves to our first restaurant meal of the trip sitting in a cobblestone courtyard covered in vines and lit with candlelight. The meal itself wasn't actually that fantastic but we only spent $9 each so we couldn't complain too much.

We flew into Split from Barcelona with Easy-jet and from Split airport caught 2 buses to Sibenik which cost around $7 each.

We booked our Airbnb the night before and felt extremely lucky as it was exactly what was needed. It was a 5 minute walk to the beach and the main town and had beautiful views of the bay. It cost us $24 each a night. 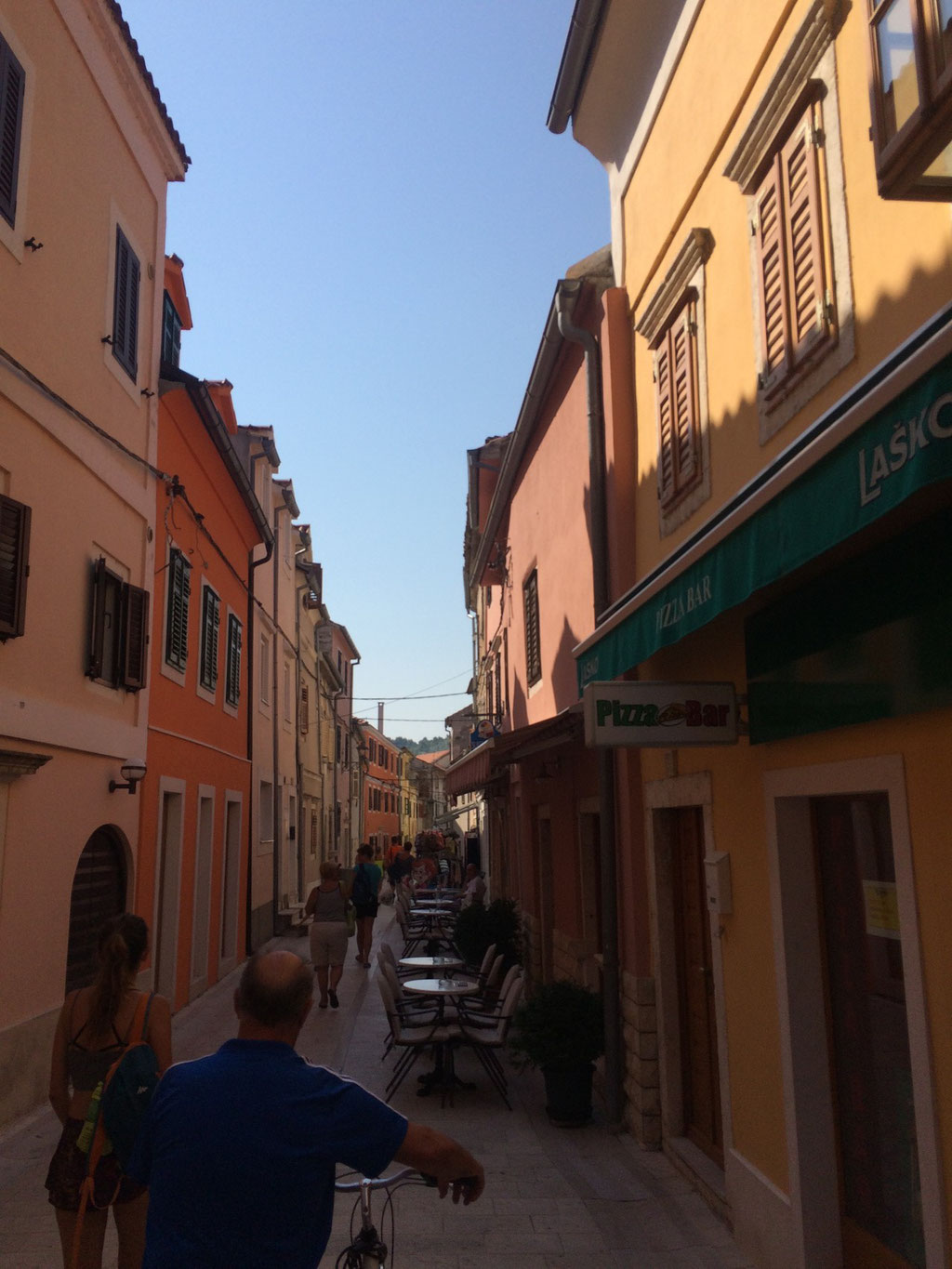 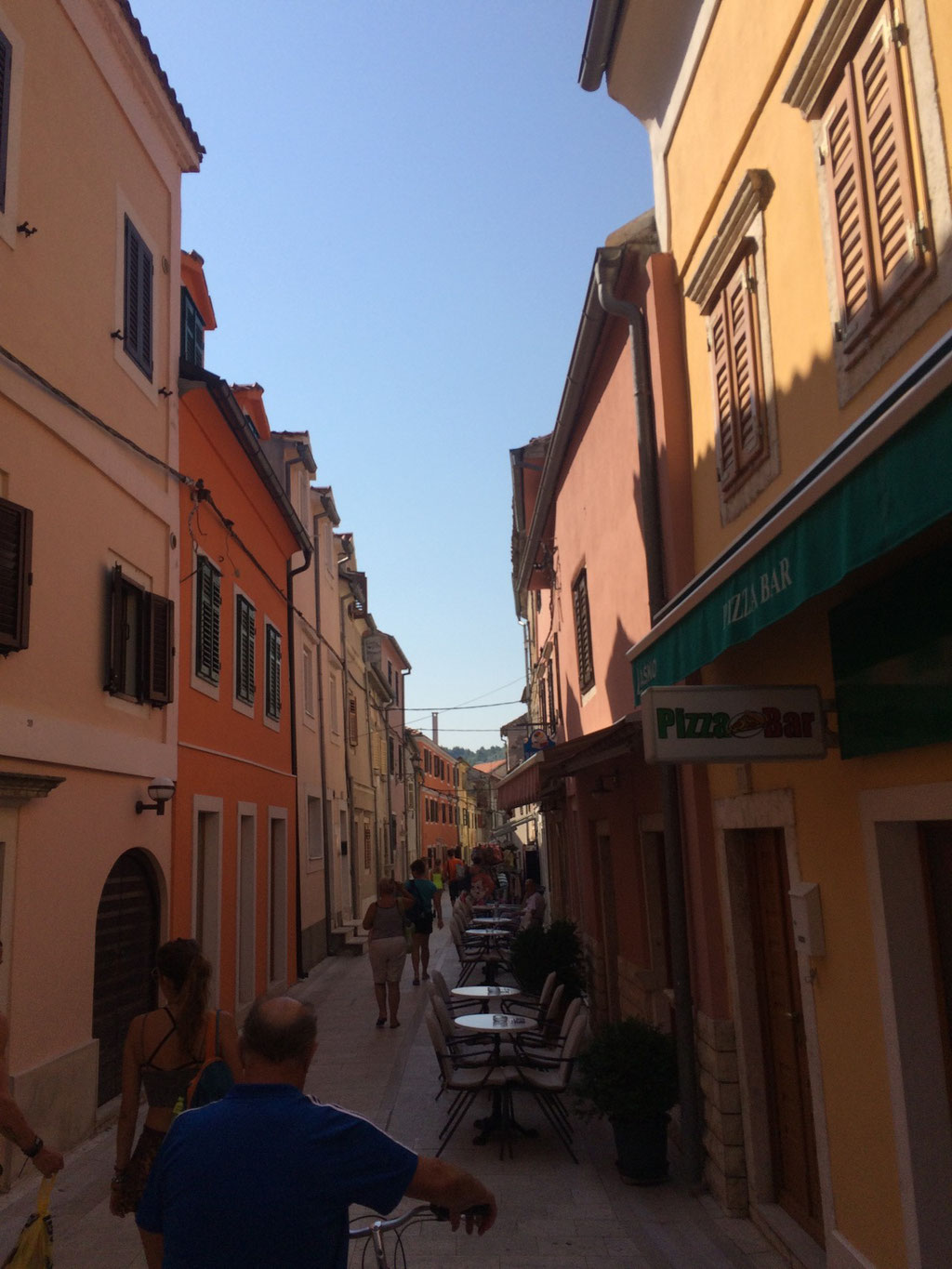 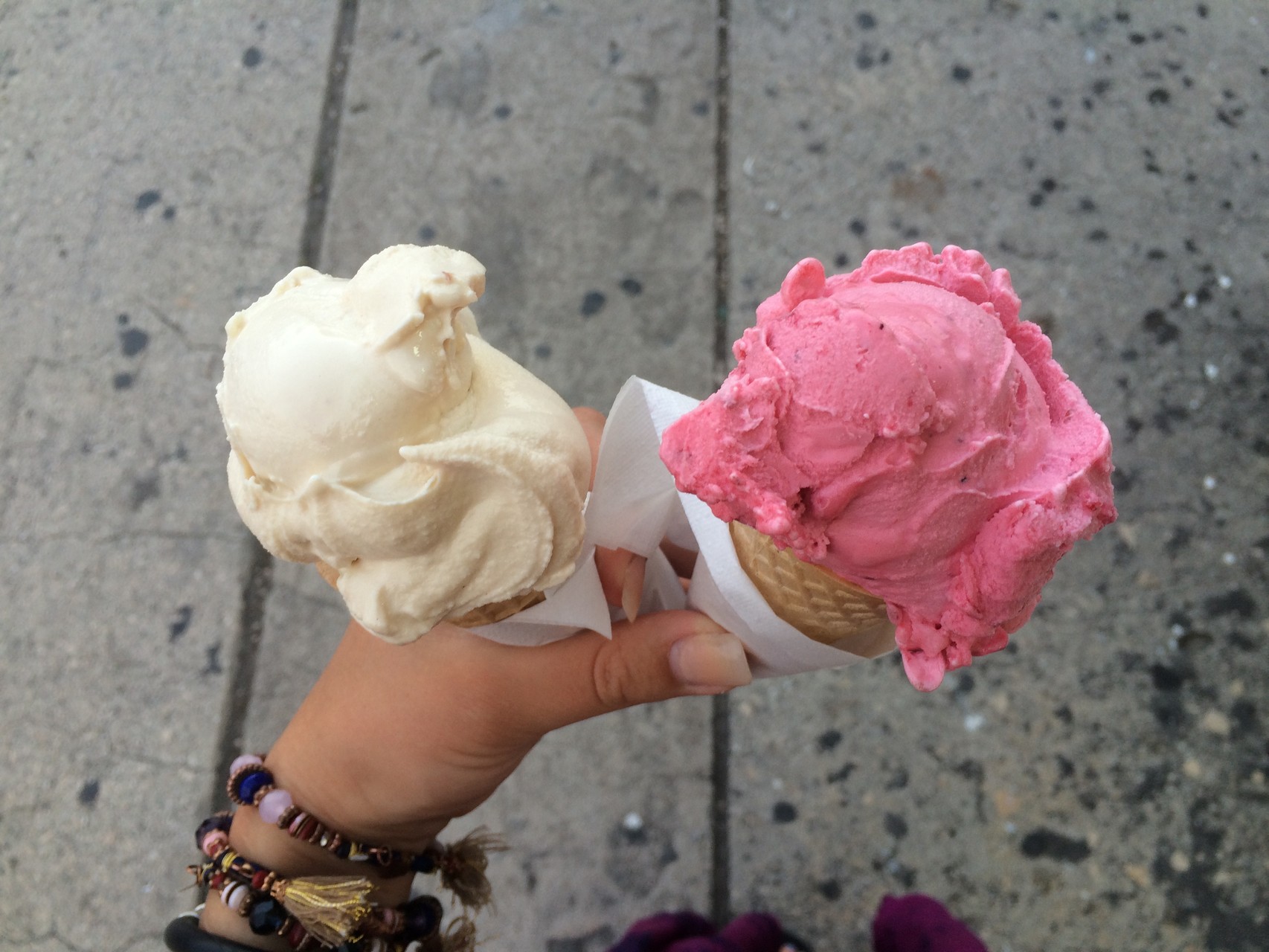 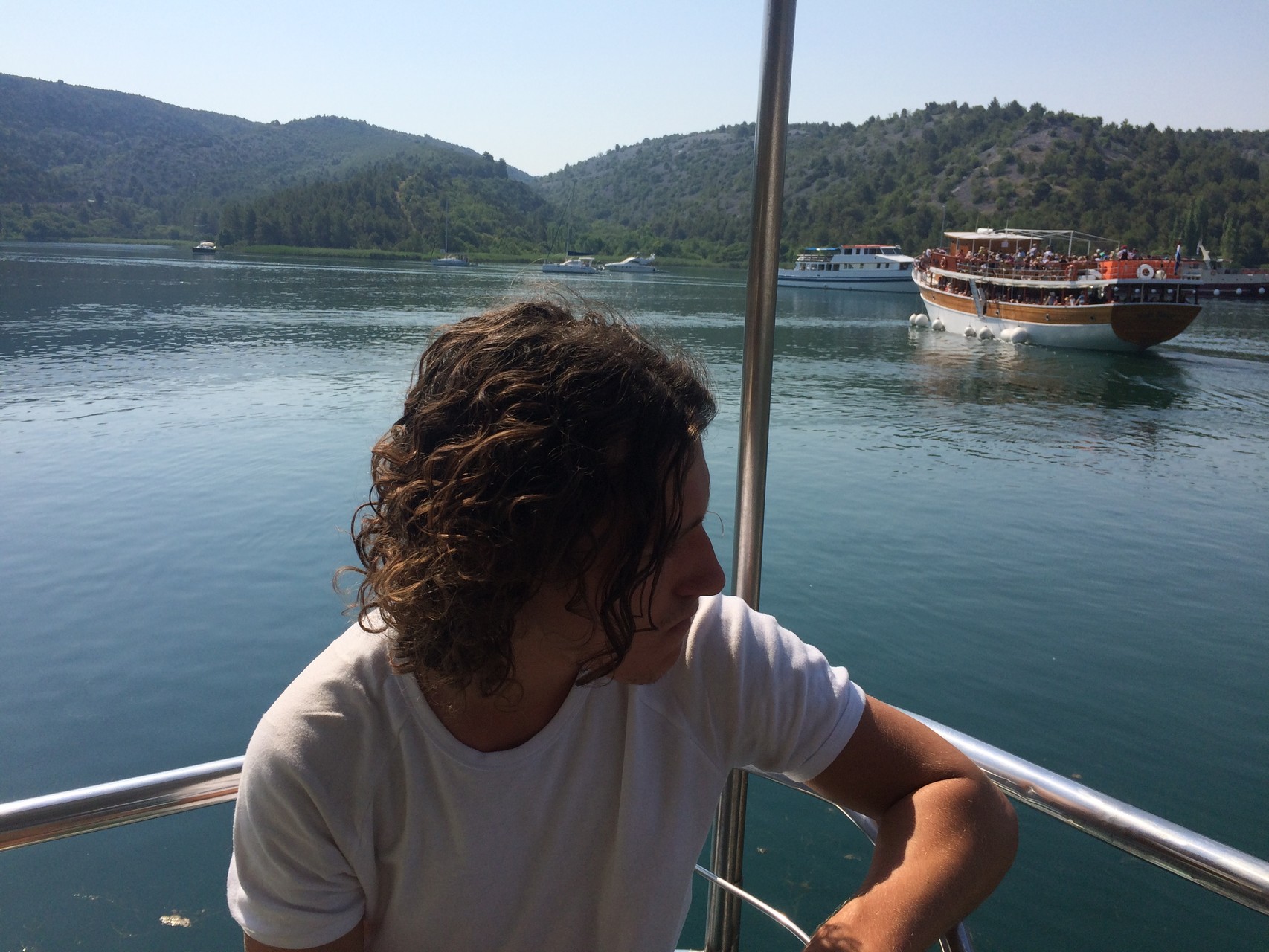 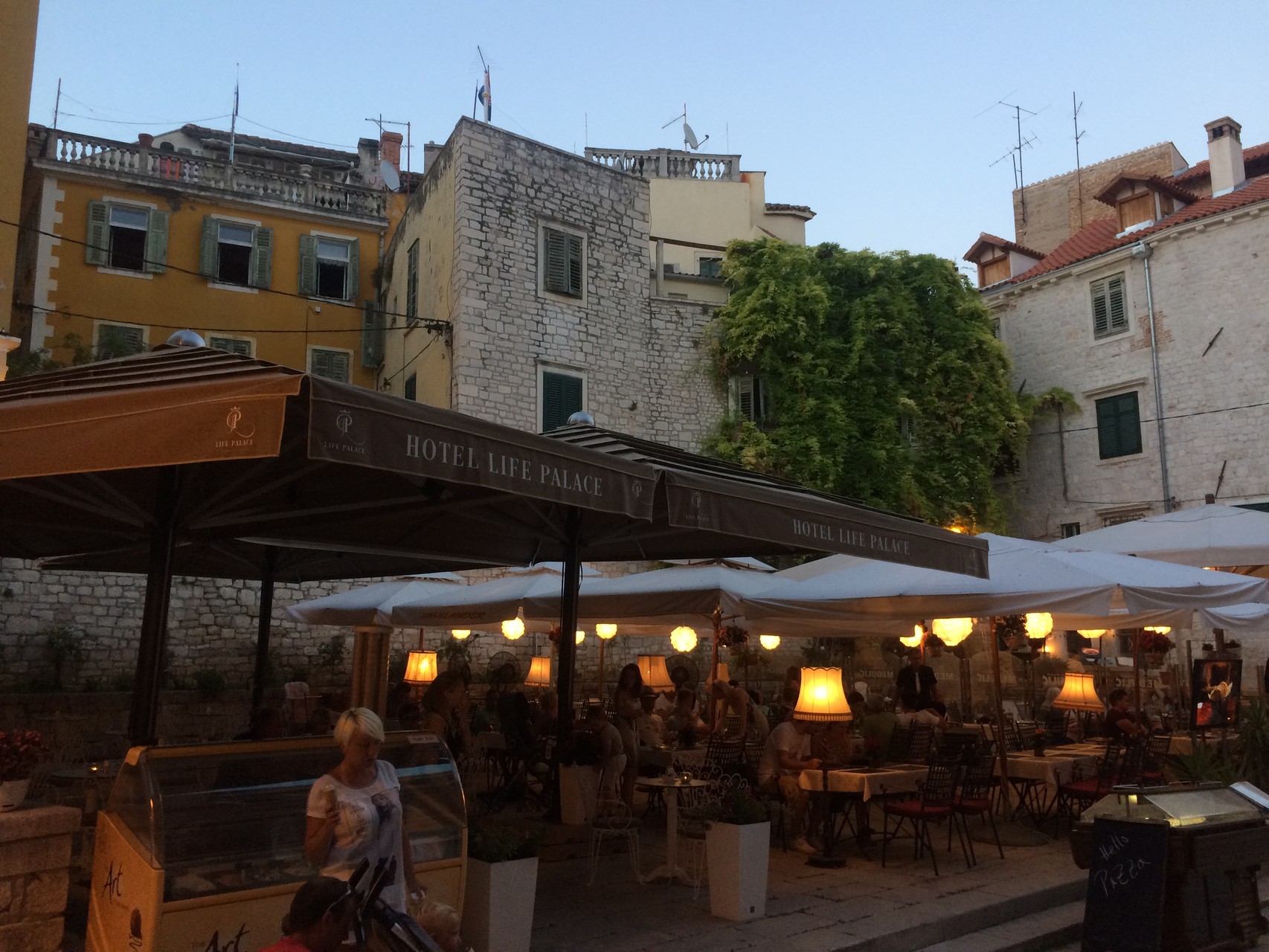 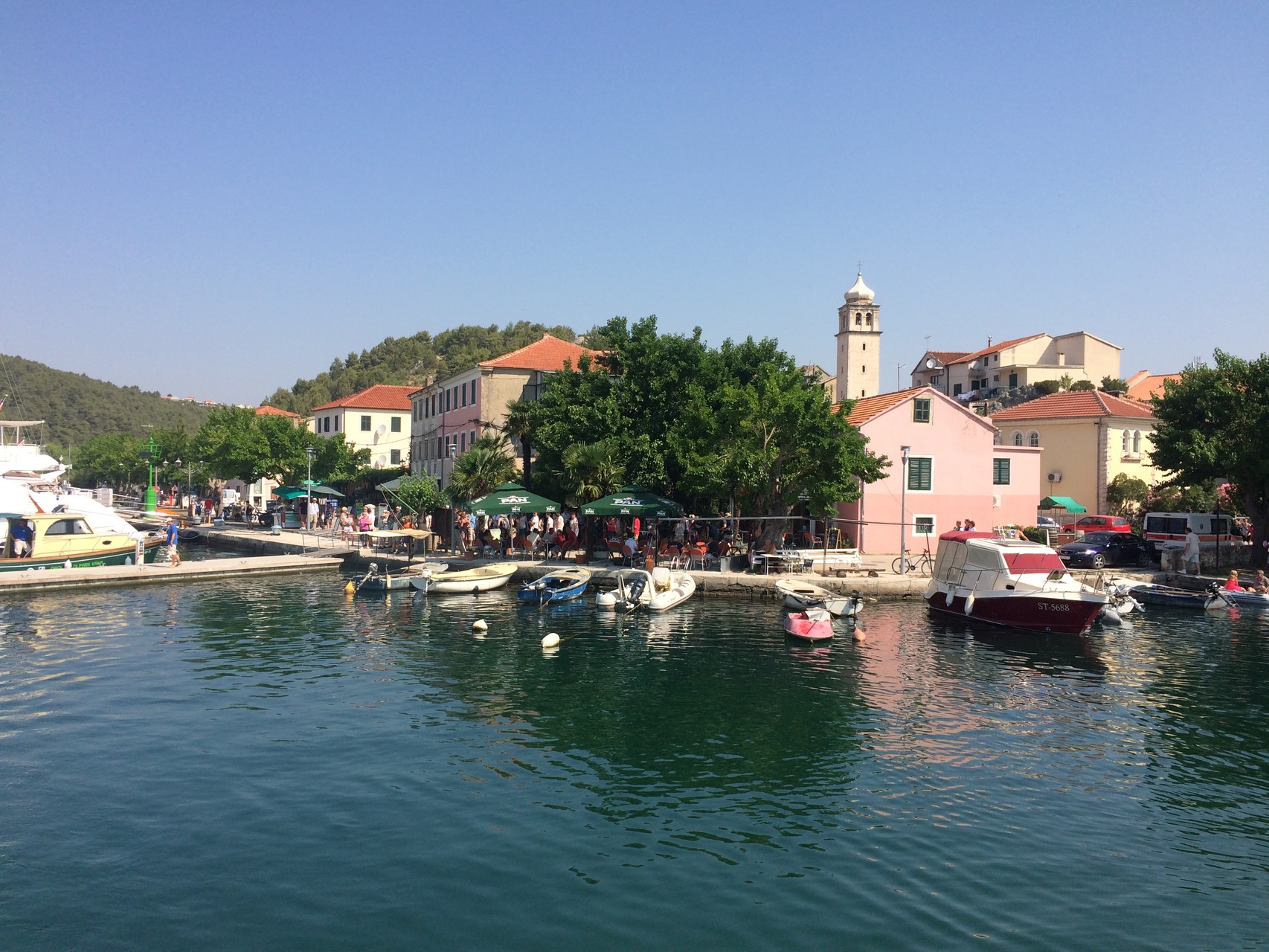