I had ridiculously low expectations for Rome... so much so that Ebbs and I were going to skip it had we not needed to pass through it on our way north to Florence and Cinque Terre and i'm so glad we ended up going! Other than the lack of food options (which was ironic seeing as I considered it the pasta capital of the world) Rome had everything you want in a European city as a backpacker; specifically that just roaming the streets from dusk till dawn could keep you entertained for days (and it's free). The entire city is like an open air museum in rusty hues of red, terracotta and pink with Vespa's on every corner and vines growing up the cobblestone walls...
The dates we planned to be in Rome fell on Ebbs' and my 2 year 'anniversary' and seeing as I had booked the entire trip I thought it would be romantic (ish) if he could book the accommodation for us in Rome (with the hopes he would surprise me with somewhere really nice). Despite the fact that I reminded him weekly, 3 days before we were due to arrive he told me he hadn't booked anything. Still determined for it to be a somewhat romantic experience I didn't want to stay in a hostel (not that there were many options anyway) so we booked a last minute Airbnb that was $80 a night (probably some of the most expensive accommodation on the trip). We arrived on the bus from Positano at around 8pm and navigated our way through a few cobblestone alleyways to our accommodation. It was sub-par to say the least. The room was dark and dingy with a bed that smelt like mold and a share bathroom that may as well have been a public toilet. We had no kitchen or fridge so we couldn't cook or keep any food. Needless to say it wasn't the romantic location I had hoped for. The only plus side was that the next morning, after we set off on a pilgrimage for breakfast food we rounded a corner just down from our Airbnb and nearly walked into the Colosseum. As far as location goes, if you're near the Colosseum you're pretty close to everything.We only caught public transport once during our stay here because the city is so walkable (and pretty).
Rome was definitely a low point for us on the trip. We were tired and constantly bickering and the shitty accommodation did not help. However it is a beautiful city and definitely worth putting at the top of your list! We spent 3 nights here (with 2 full days) which was plenty for us. We were walking around the entire time which was pretty exhausting. 2-3 days is enough to get a good taste of this city but I would recommend spending more of your time in Italy in places like Amalfi and Cinque Terre.
How to get there
We got the 6pm bus direct from Positano that we booked at the visitors center for 20 euros each. To get to Florence we booked our 17 euro bus online with Megabus which was a 3 hour journey. Rome is a massive city and is connected fantastically to the rest of Europe through all modes of transport. Cheap flights and train deals are around and it's a good place to start your time in Italy as well (if you are planning on moving around).
What to eat
We found finding affordable and non-greesy food really difficult here because all the restaurants and food outlets catered mainly to tourists with money. We did go out to dinner once here (shock horror) with Georgie and co. The restaurant was amazing. It was around the corner from the Vatican which is where lots of nice restaurants are and I had the best bowl of pasta I have ever eaten (and half of Ebbs' pizza because why not) If you're looking for a cute Italian restaurant that area of Rome is definitely the right place to go.

It was like an open museum, with everything you look at having some sort of historical significance. As cliche as it sounds, getting lost in Rome is probably the best thing you can do. The streets are labyrinths of ancient buildings and ruins and there are museums and churches on every corner. We didn't have a list of things to see or a map, we just set off in the morning and saw what we saw. As we were there in early September the weather was perfect for walking around (although it did rain a few times). A free walking tour would also be a great way to learn about some of the history here and see some of the sites you might otherwise have missed.
If you do want a list of places to see, these are the ones you can't miss!
Take the southeast entrance from the Roman Forum, and walk right up to the Colosseum. We didn't go inside it was special enough from the outside and we didn't need to spent the $$$. The Vatican (be warned the lines are stupidly long, Ebbs and I waited for 2 hours before we gave up and left... so try and get here really early in the morning) , The Pantheon, The Spanish Steps (which if you walk up, and behind (to the left) you will find the entrance to an amazing park with a view point that looks over the entire city). The Trevi Fountain was closed when we visited which I was super sad about but I know its open again now!  Climb up on Palantine Hill and watch the Sunset from Piazza del Campidoglio. Make sure that before sunset you slip around the back side of the central building in Piazza del Campidoglio, on top of Capitoline Hill. You’ll see a beautiful panorama of the Forum from above, with the Palatine Hill and the Colosseum in the background. 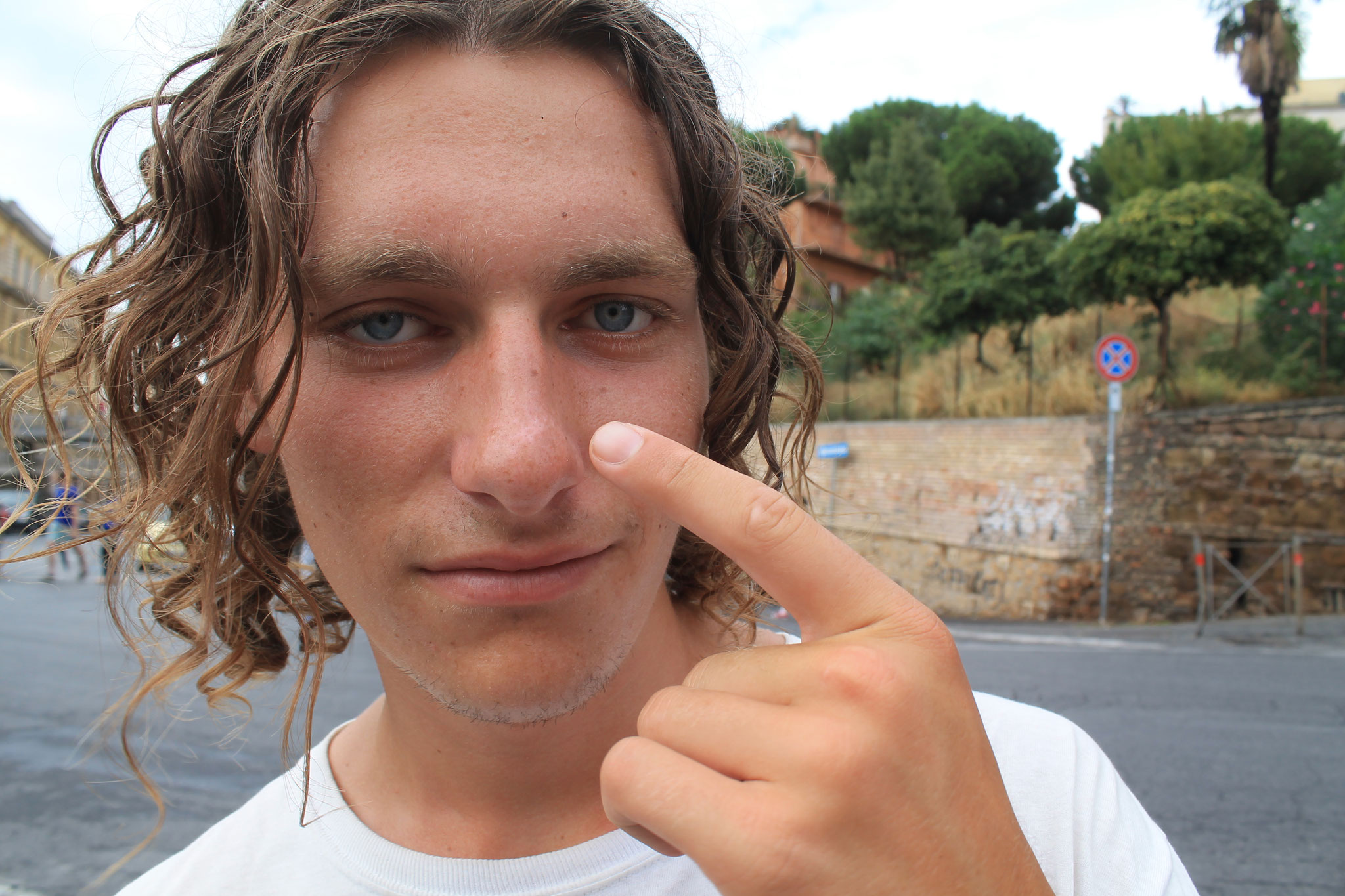 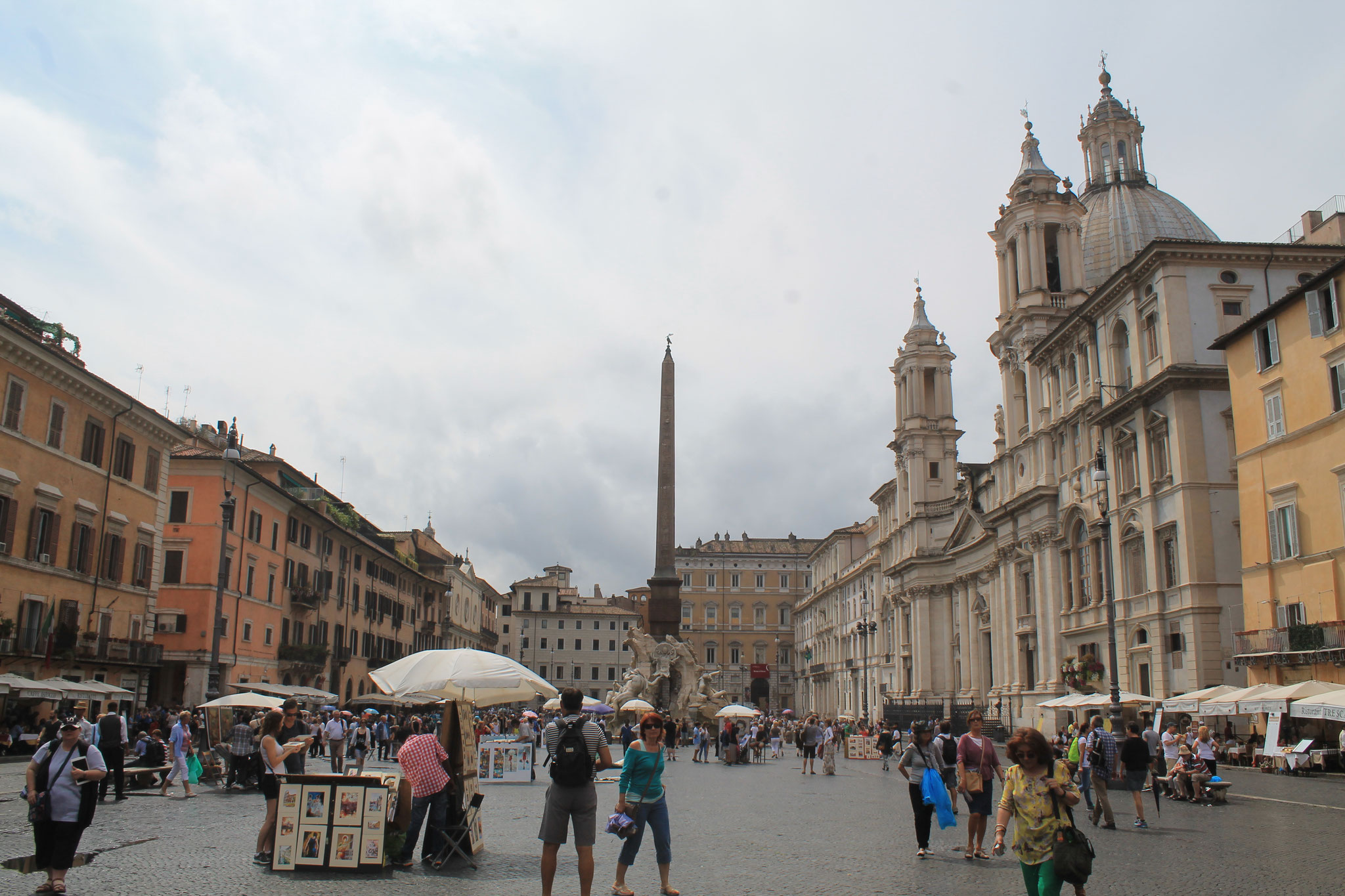 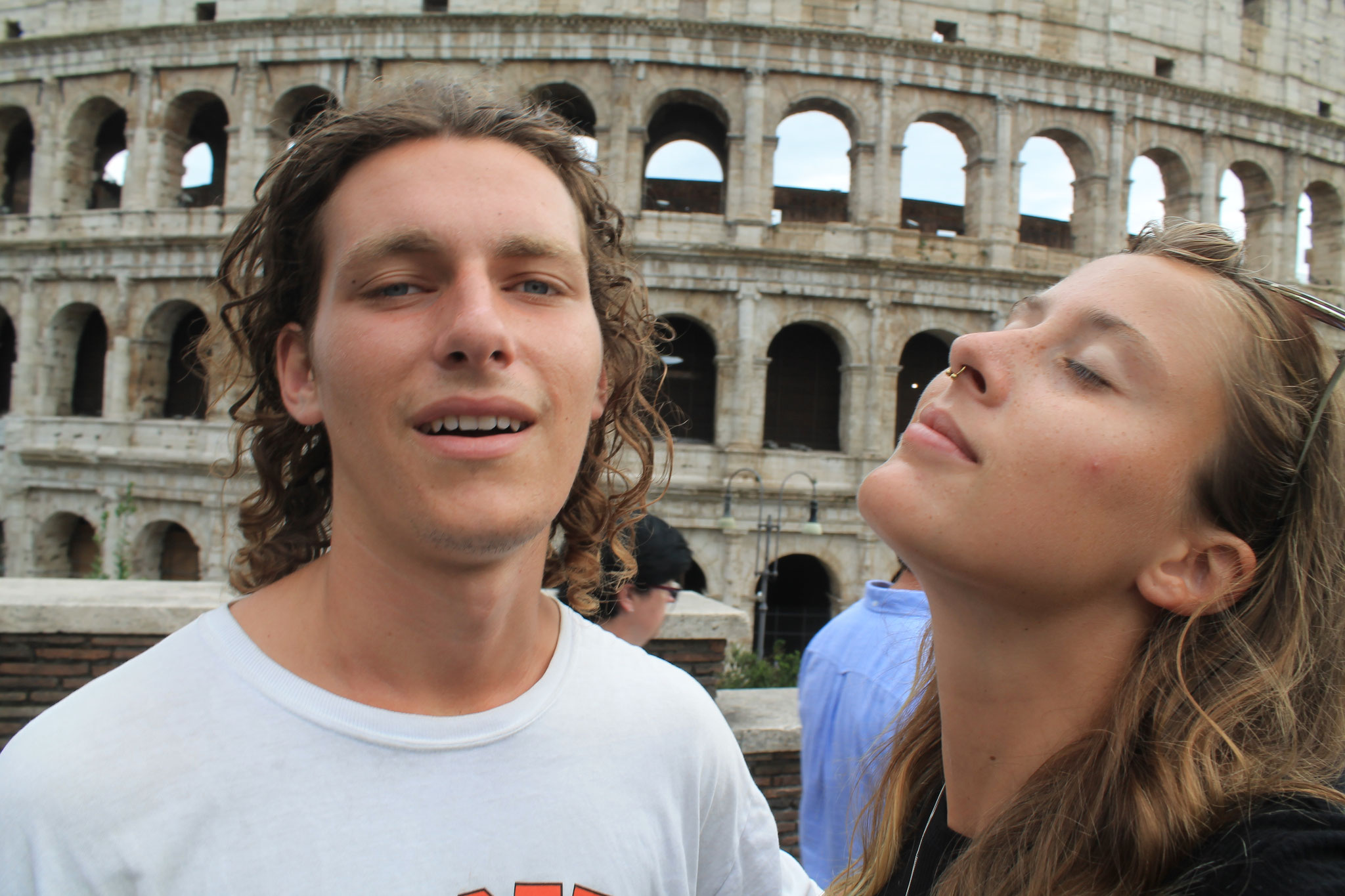 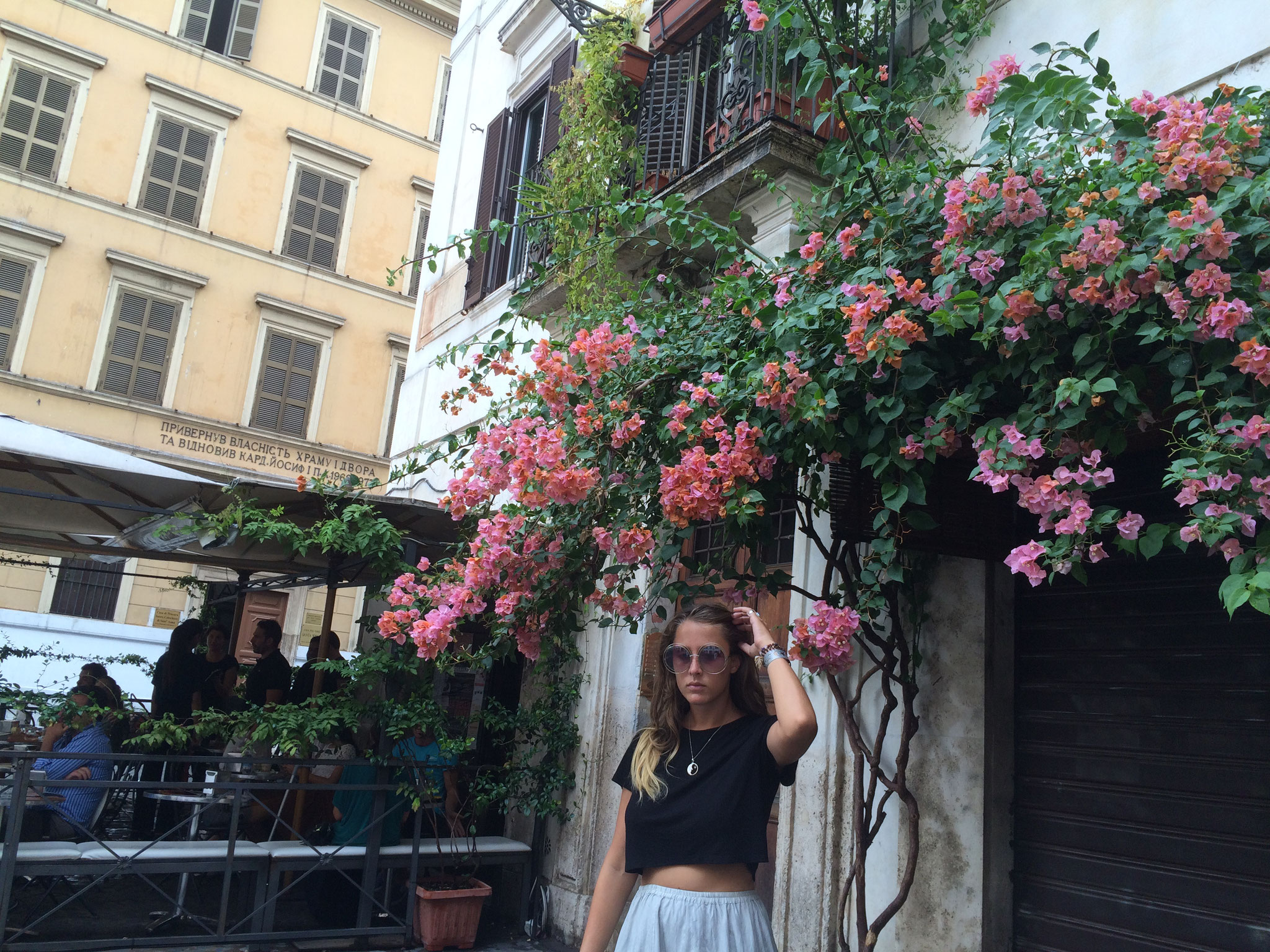 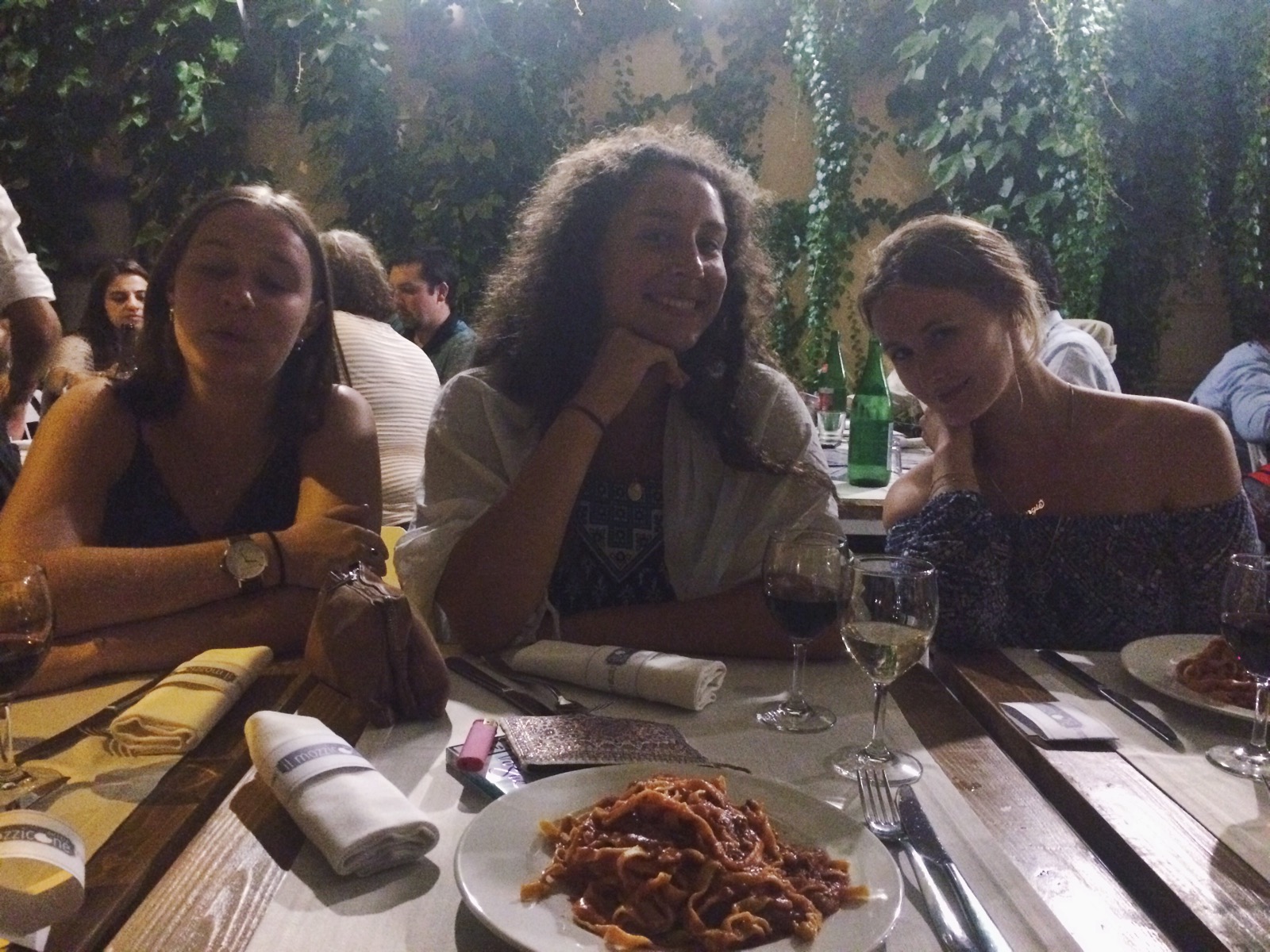 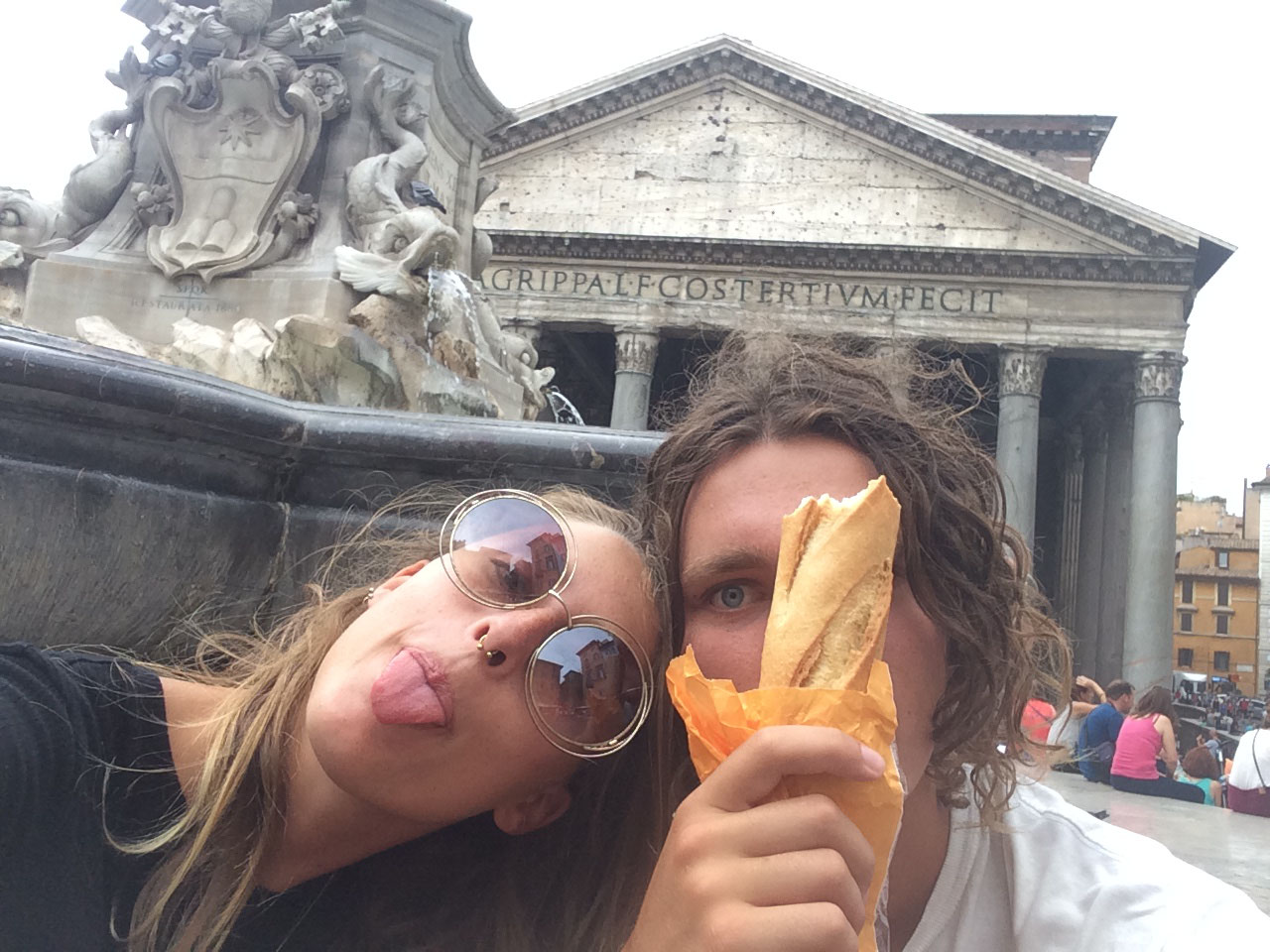 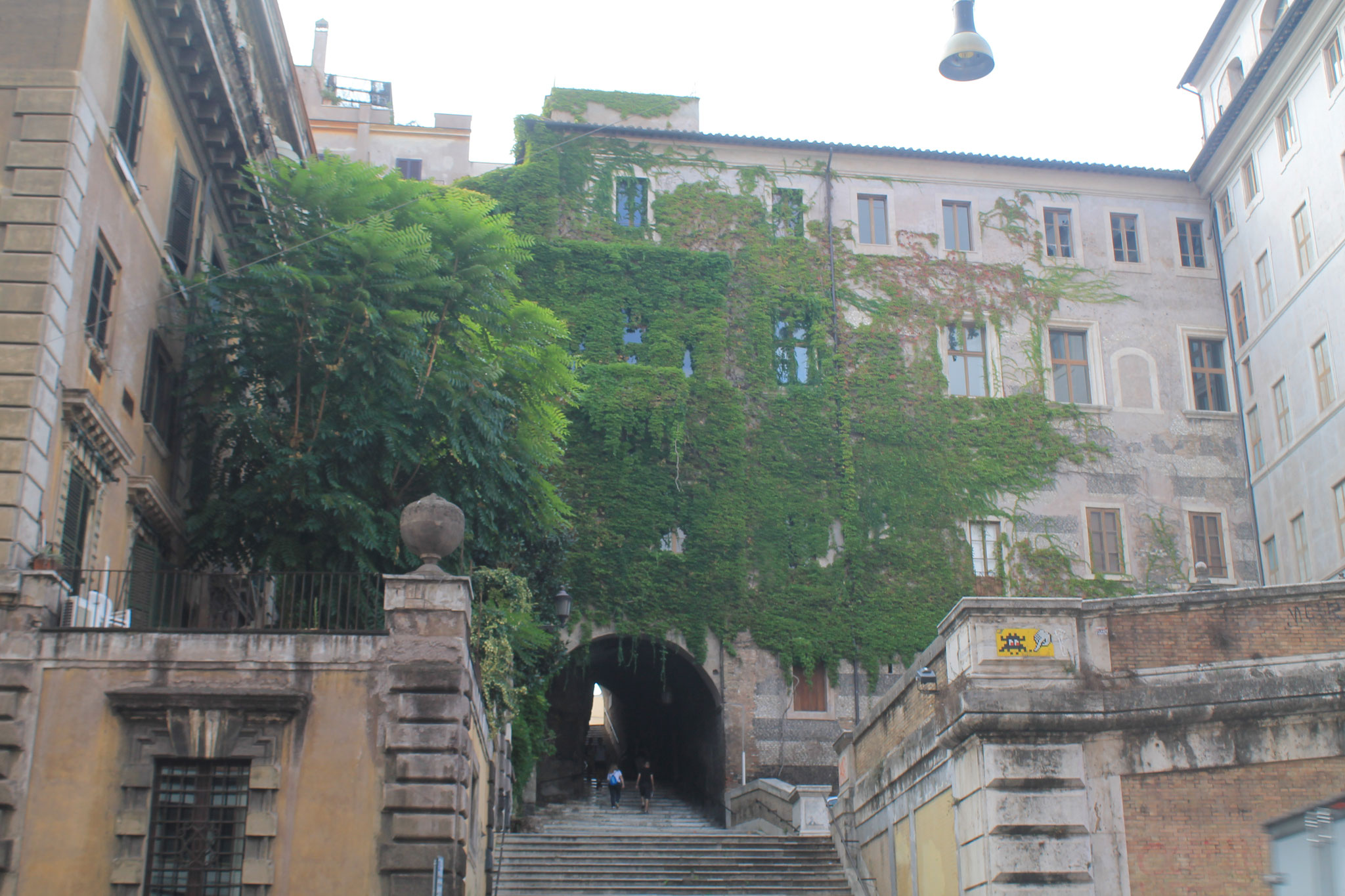 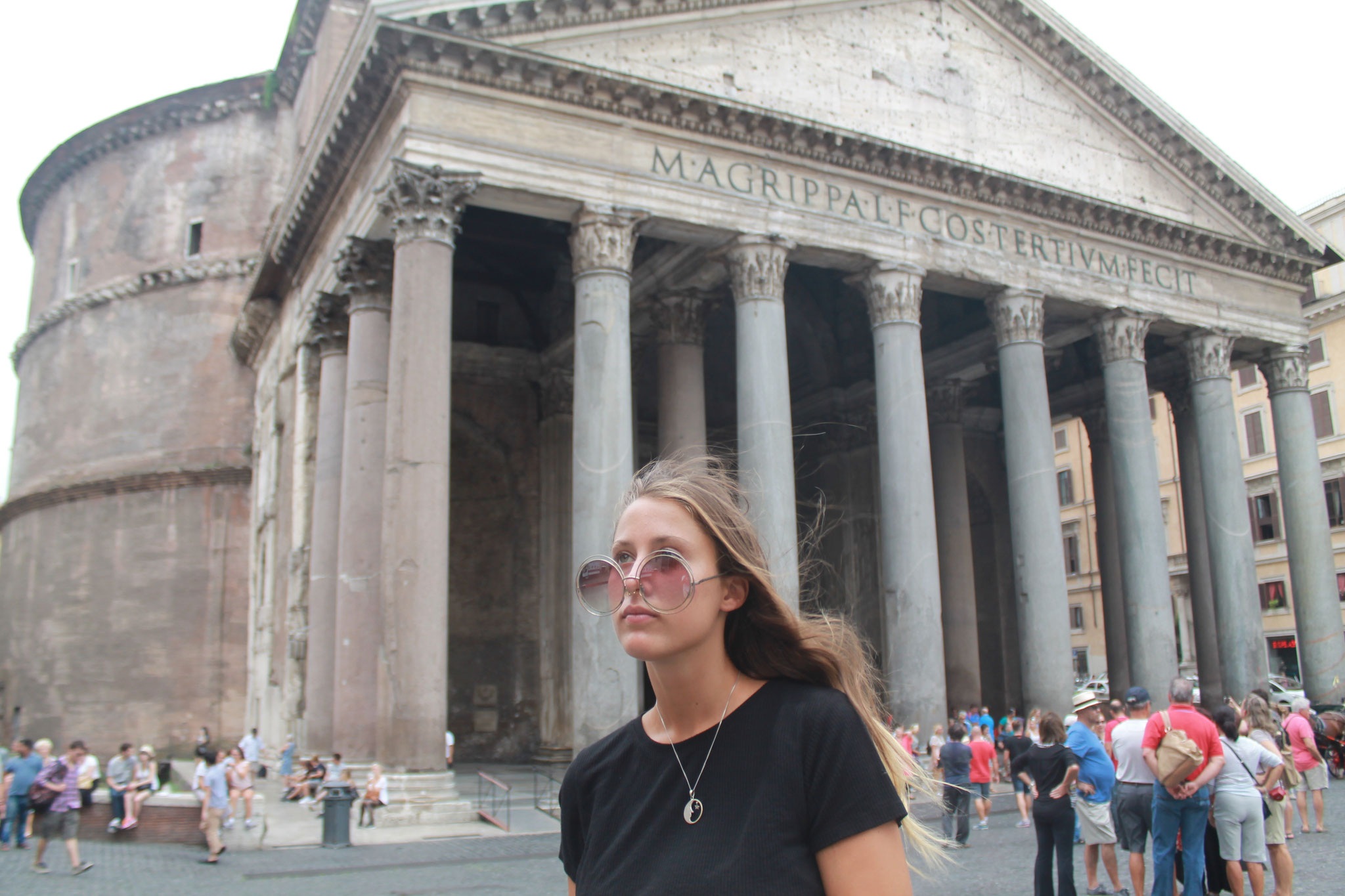 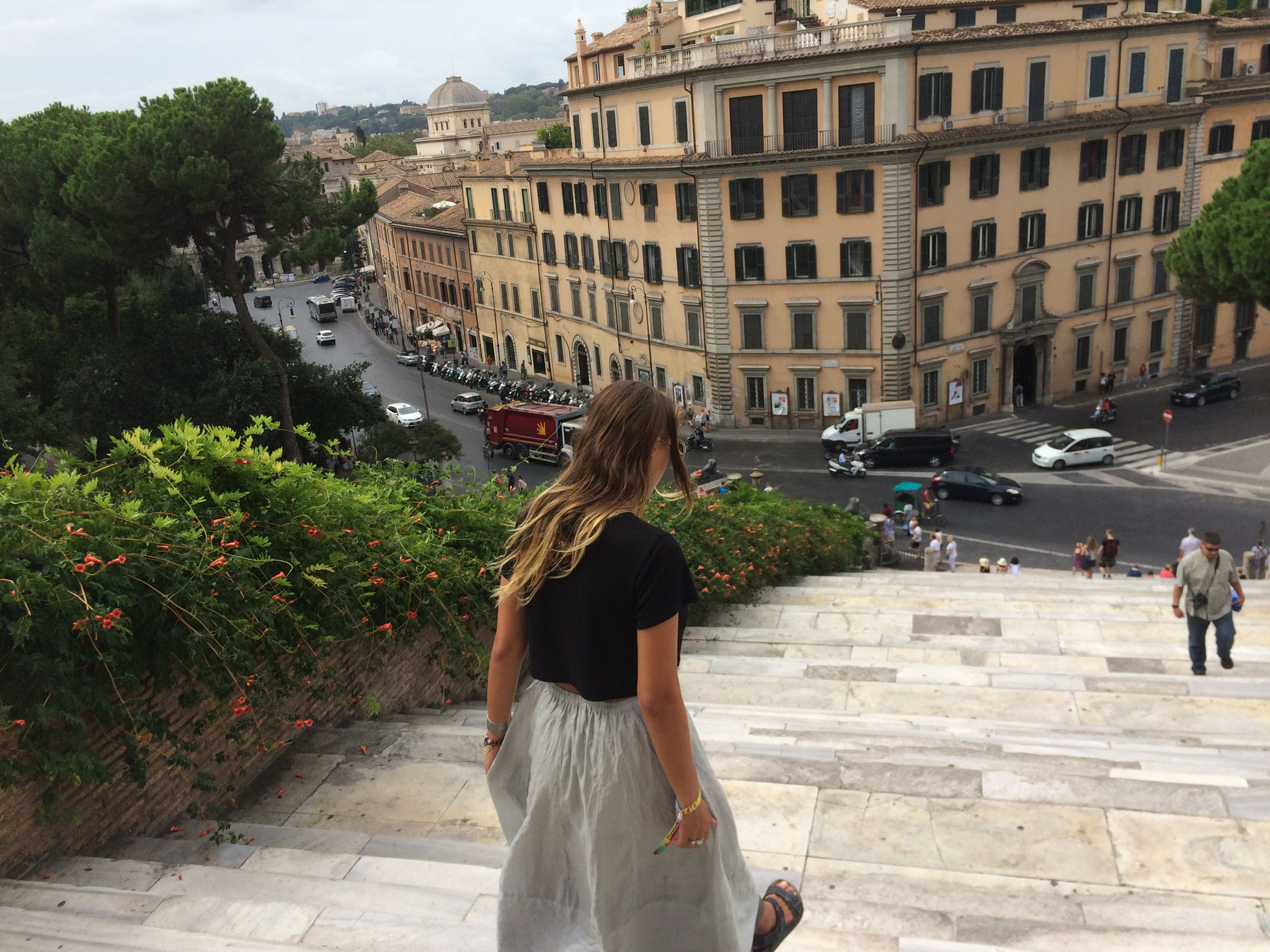 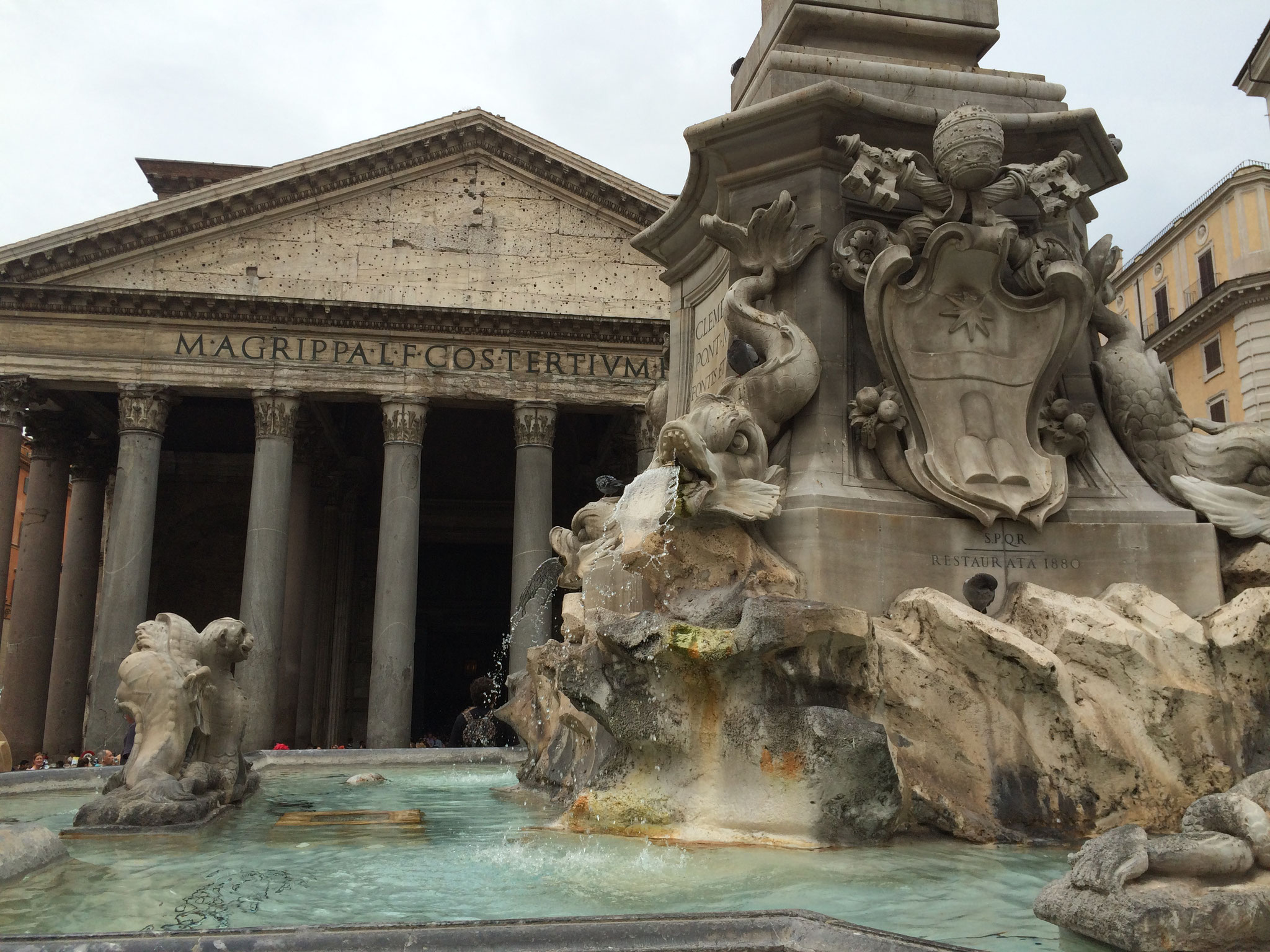