San Fran was the last stop on our trip and although we were completely exhausted  we spent 5 days exploring the city, taking in the views, the architecture and the awesome Chinese food.  Some of my highlights from this section of the trip were Alamo square, riding a bike over the Golden Gate Bridge into Sausalito, the cable cars that ran across the city and the amazing thrift shops in Haight-Ashbury.

We stayed in Union Square in the Fusion hotel that was pretty bland but was well located which is all that really matters when exploring a city. Union Square is the best place to stay as a tourist as it is in the center of the CBD, surrounded by cool shops, cafes and restaurants. From here you can easily get anywhere, with several metro and Bart stations as well as bus terminals and cable car stops. 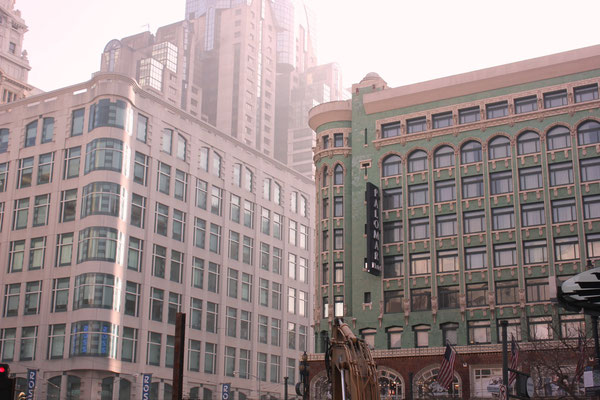 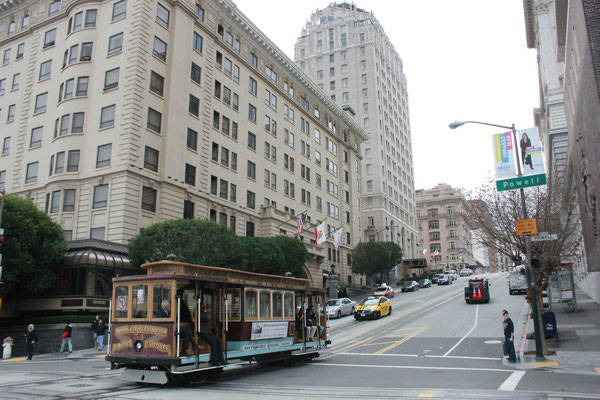 Getting around San Francisco

Firstly, make sure you do not get a taxi from the airport as they are incredibly expensive and the Bart; an underground train (which costs $10 a ticket) will get you there easily in around half an hour.

Once your'e in the city, transport is everywhere and I highly recommend getting a transport pass (which you can purchase at any information center) for $26 that will give you unlimited transport for 4 days (weekly pass is $29). This will also give you unlimited rides on the cable cars that are a super fun way to get around the city. They take you from one end of the city to another and criss-crossed in all sorts of directions which makes it easy to explore places you might have otherwise missed. 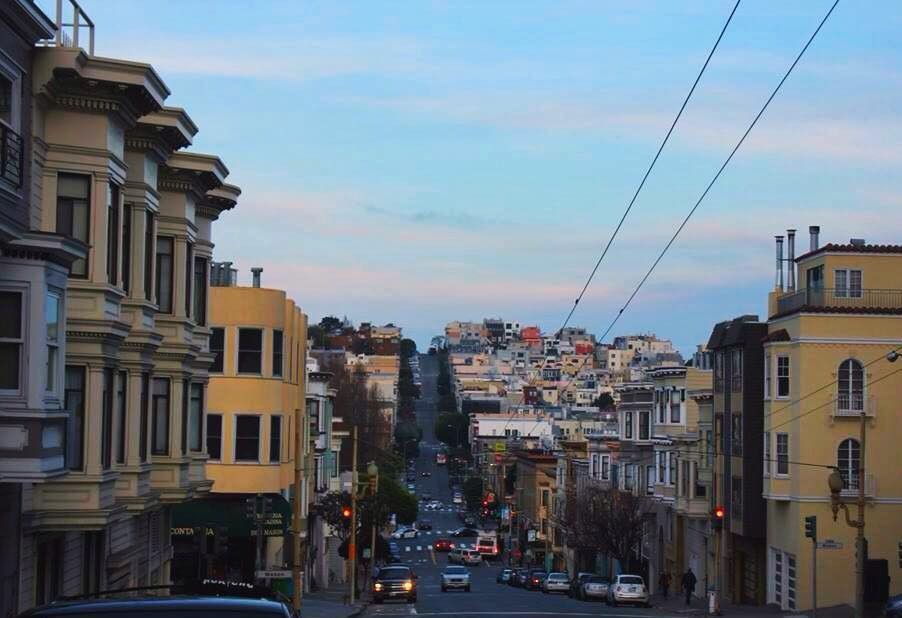 The most famous San Francisco icon is the Golden Gate Bridge and it actually was really, really cool and so much bigger than I expected. You can see it from Fisherman's wharf and from any other point along the water as well as high points in the city. It's a lot higher than the Sydney's harbor bridge and completely encapsulates San Fransisco's bay on one side and is exposed to rough ocean on the other (consequently it was extremely windy). We chose to do the ultimate touristy thing and hire a bike to ride across the bridge. It cost $18 to hire the bikes for 24 hours. On the other side of the bridge we rode into Sausilito, a small , boutique-y town on the edge of a small harbor. We got lunch here at the Napa Valley Burger Cafe which was super yummy and had a view out over the water. Instead of riding back the same way we came we opted to get a ferry across the bay to Pier One in the CBD of San Fran with our bikes which was $5 a ticket for me because I was under 21 and $12 for an adult.

We met someone on the plane who lived in San Fran and he gave us some awesome food recommendations. The first was a Chinese restaurant called the R&G Lounge on the outskirts of China Town, we were lucky we got there early because when we came out at around 8pm there was a line of about 30 people waiting to get in. It was some of the best Chinese food I have ever had. Its pretty dingy looking but the line of people speaks for itself!

The next night we went to the other restaurant he recommended called Aperto in the 'Little Italy' district of San Fran. I had the most delicious duck ravioli I had ever had and that's saying something as I am a pasta freak.

Other than these two restaurants we didn't really go anywhere particularly special. We also didn't  have lunch very often on our trip because quit simply we didn't have time so we snacked on Reese's Pieces and apples and had a massive breakfast which usually consisted of bagels from local bakeries or porridge from the diner around the corner from our hotel.

I wish I could recommend more of the super funky cafes that we walked past every few seconds but there was just no time to sit around and drink coffee. I suppose I can promise that if you are a lady who brunches (or anyone really) you will not be lacking in funky, yummy cafes and places to hang in San Fran.

My one regret in San Fran is that I didn't do more shopping, but as I was with my Dad I didn't have the heart to drag him around shop to shop when he wanted to be seeing the rest of the city. The thrift shops here were out of this world and even though I only went to a couple I left with the beginnings of an entire new wardrobe, all for under $40. The best ones were in the Haight-Ashbury region, which was were the hippy movement began in San Fran in the 60's and the vibe has kinda stuck.  I could have spent days here browsing through everything and meeting all the funky people, but it wasn't Dad's kinda place so we only stayed for the morning. There were heaps of Goodwill shops (like St Vincents in Australia only 50 times cheaper and better) all over the place that we jumped off public transport to visit. The shopping in the main city was awesome too, literally every store you could possibly imagine crammed into 8 story shopping centers with curved escalators and white marble floors.  If you have more than a few days in San Fran I 100% recommend spending a solid day strolling around Haight-Ashbury, shopping and trying out the funky cafes there.

The architecture and Alamo square

My favorite part about San Francisco was the architecture which is completely unique to the city. The colours and gold detailing on all the houses had me photographing everything and thinking resentfully of my red brick one story house back home. Every single building was different and had so much character. When in San Fran if nothing else, I recommend walking the streets especially around Alamo square and taking in all the spectacular colour and detail. In our explorations we also stumbled across the house where Mrs Doubtfire was filmed and the school where Mia Thermopolis went to school in the Princess Diaries. 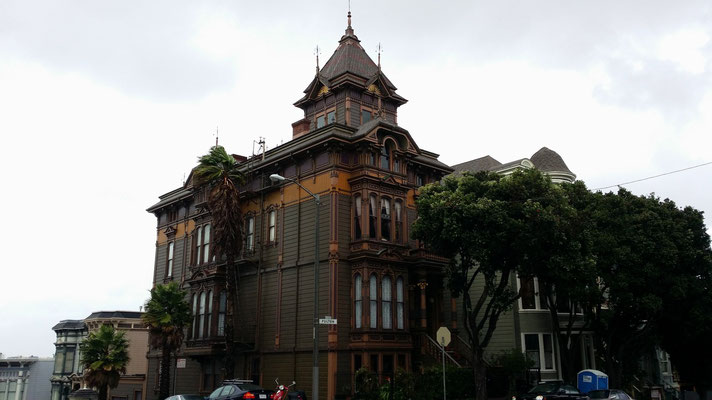 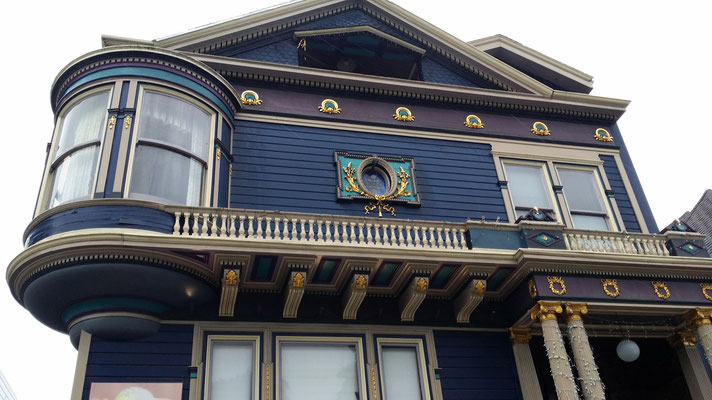 Other things to do

So obviously, due to the short time I had and the fact I was traveling with my Dad I didn't get around to experiencing everything San Fran has to offer. I'm sure the nightlife here is super crazy and that there are a million funky cafes and dingy record stores to sample and explore. So I guess that just means there has to be a next time. Hopefully soon!

Regardless we did do a few other things I thought I might mention. 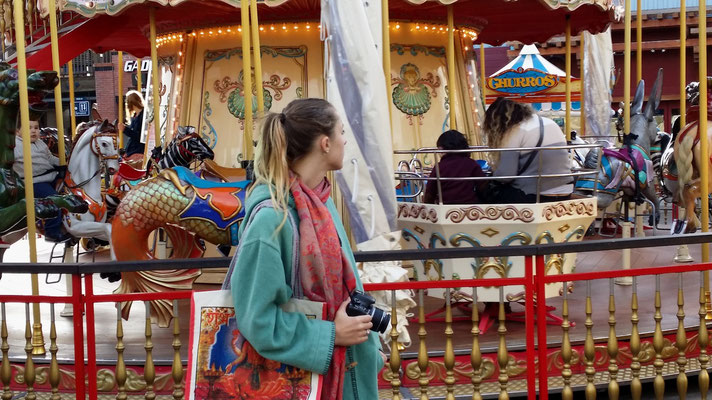 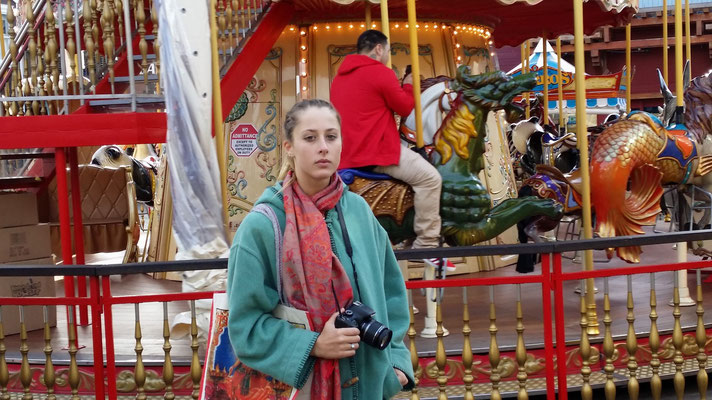