We had 5 full days in this overwhelming city and due to the combination of our poor time management and the searing heat we managed to complete very little. Some days we found ourselves still in bed at 11am and then would come home at 5pm exhausted and sweaty, seeking refuge in front of the fan in our room. As a result I don't think we saw the best side of Barcelona and looking back on the trip it falls into my bottom 3 destinations. That being said I'm determined to return and enjoy Barcelona in its full glory, as

I'm sure it has a lot more to offer... maybe not in the middle of summer next time. 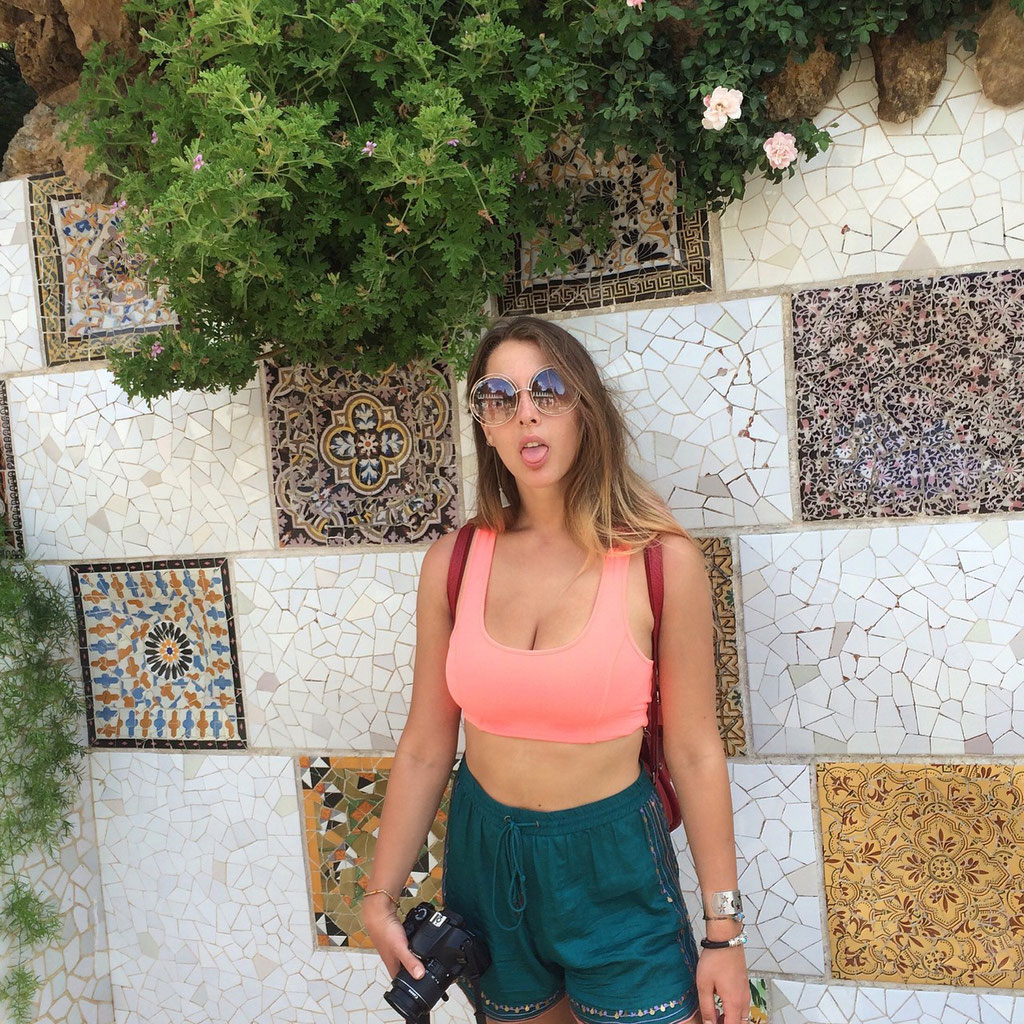 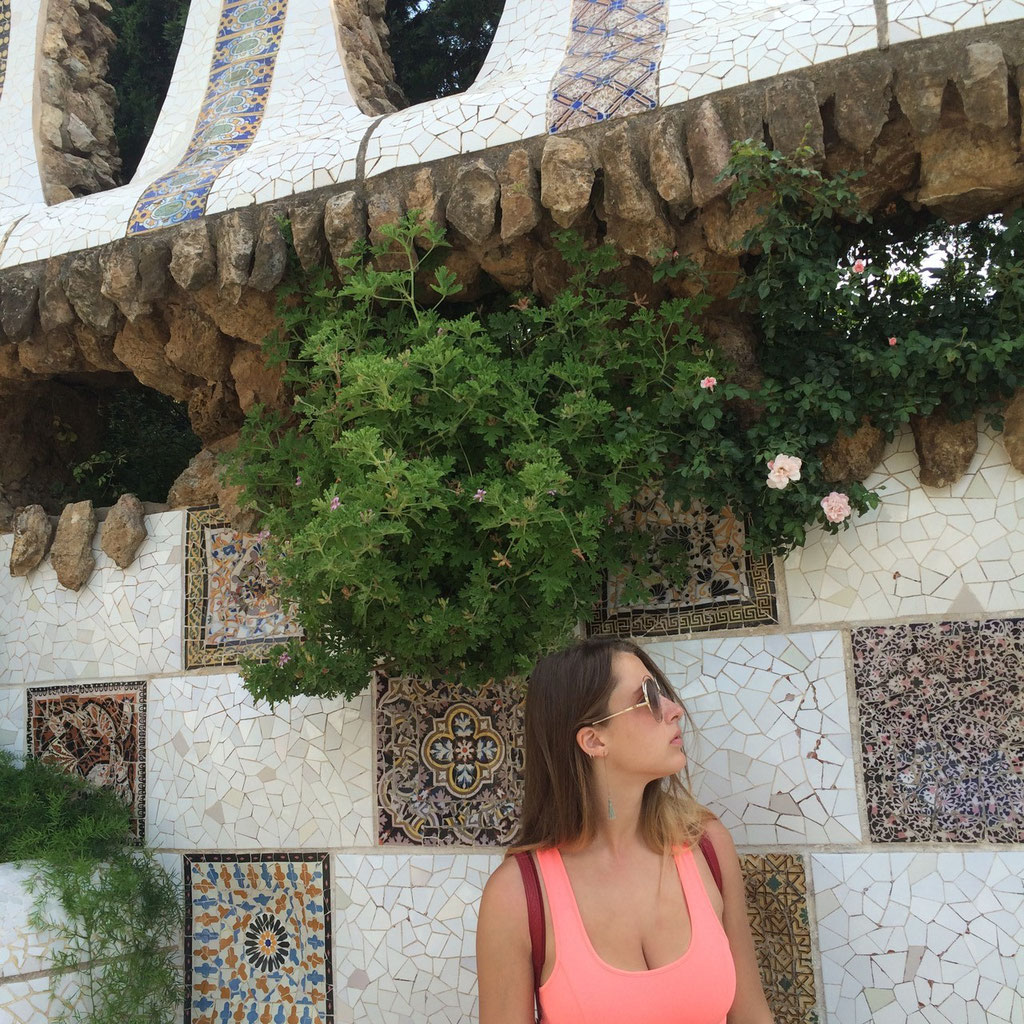 Barcelona is hot, sticky and full of people. We didn't cover as much ground in this city as I would have liked due to the constant 37 degree heat and high humidity that left us dripping in sweat as soon as we walked out the door. We also had to acclimatize to the Spanish body clock of those staying in our shared apartment who didn't seem to get out of bed until 2pm and then had no issue eating dinner at midnight.  We went to the beach everyday in an attempt to escape the heat, braving the 20 minute walk in direct sunlight from our apartment.

Barcelona can be known for its nightlife and I really regret not going out more while I was here. Nothing in Barcelona was what I expected so I was a little hesitant/not bothered to embrace its nightlife. It wasn't until our second last night that I was actually excited to go out, only to have us both fall asleep at 10:30 and not want to get up again :(

As far as clubs go the people we were staying with recommended Razzmatazz  and Moog so if you're in Barcelona and want to go out, try there.

I also would have loved to go to Montserrat, a multi peaked mountain about an hour out of Barcelona but Ebbs had already been there on a previous trip and didn't feel the need to go again.

Getting around Barcelona is pretty easy, we walked most places but at the beginning of the trip bought a travel ten pass for 9.50 euro which we didn't even end up finishing. The metro is pretty thorough and will take you to pretty much any part of the city that you want to go, although seeing as we didn't venture very far out of the center of town we didn't really use it. 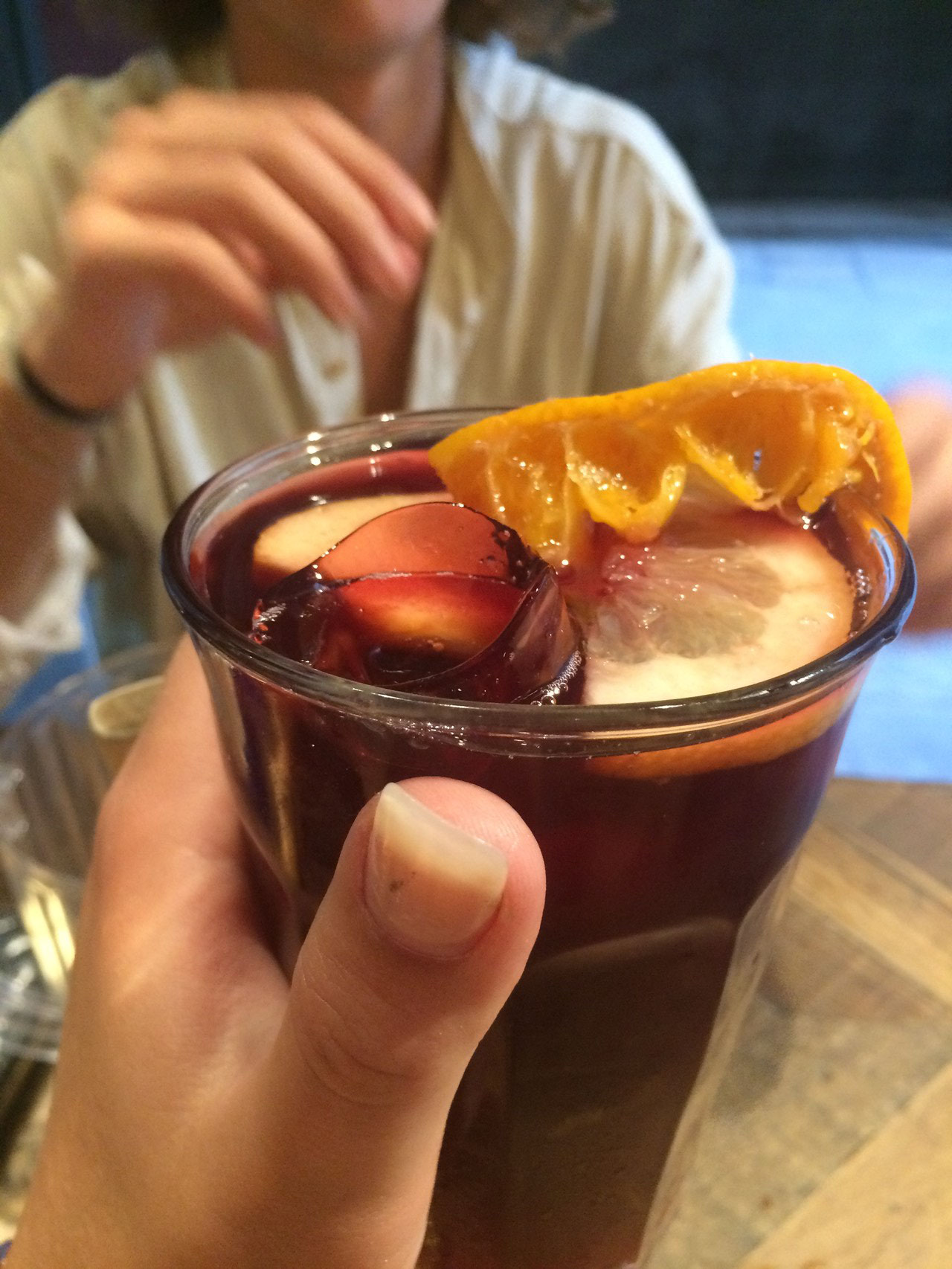 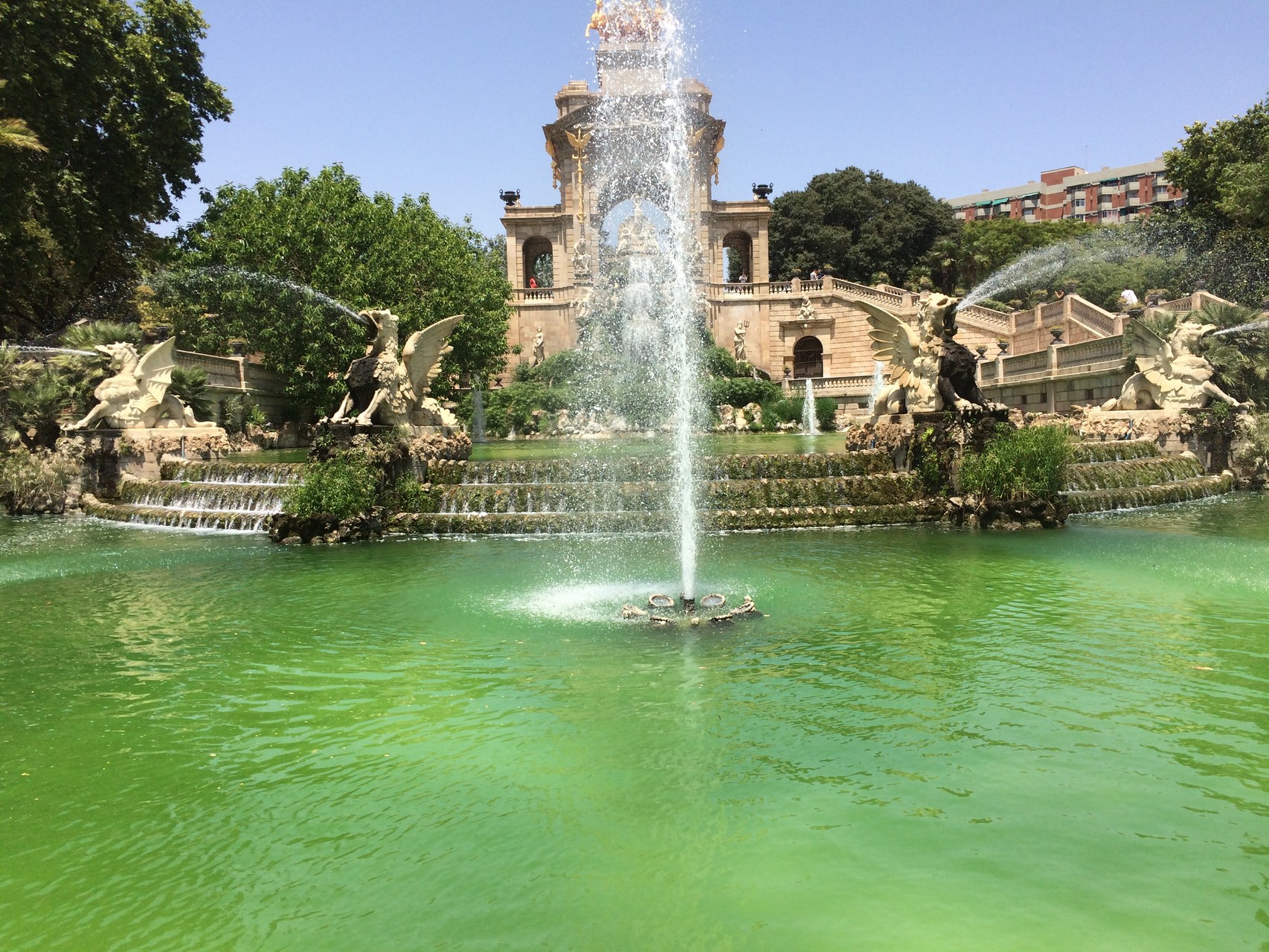 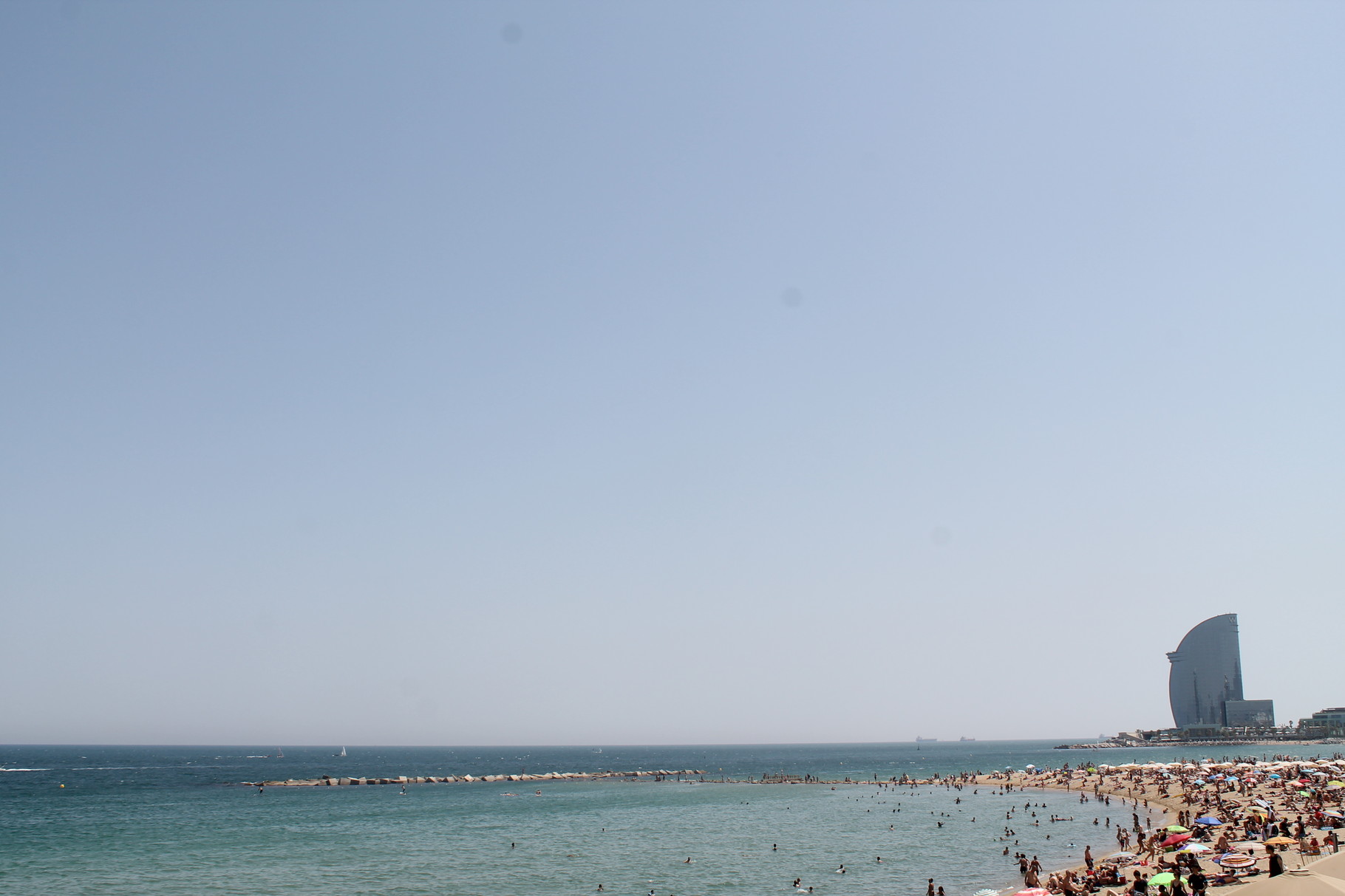 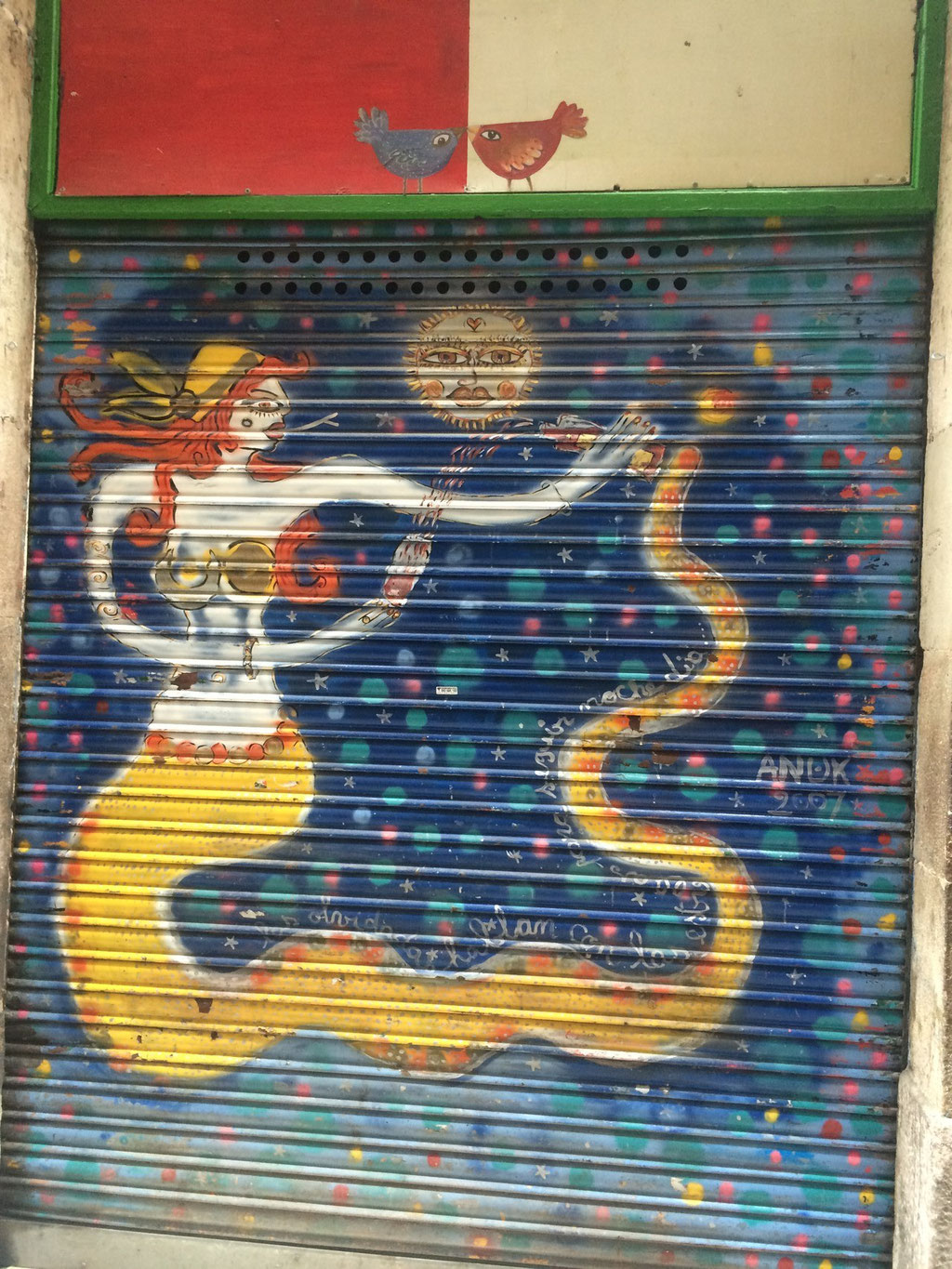 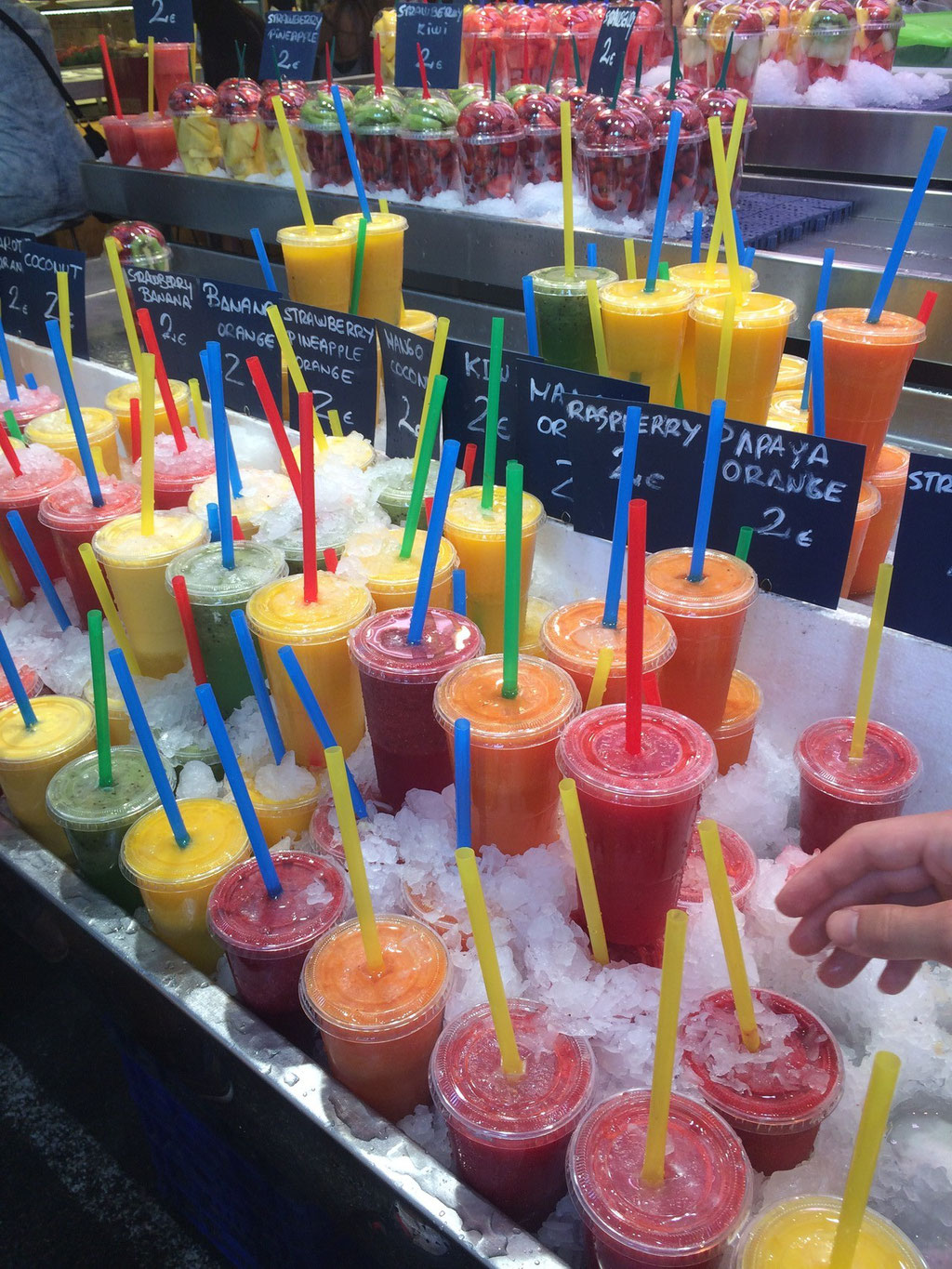 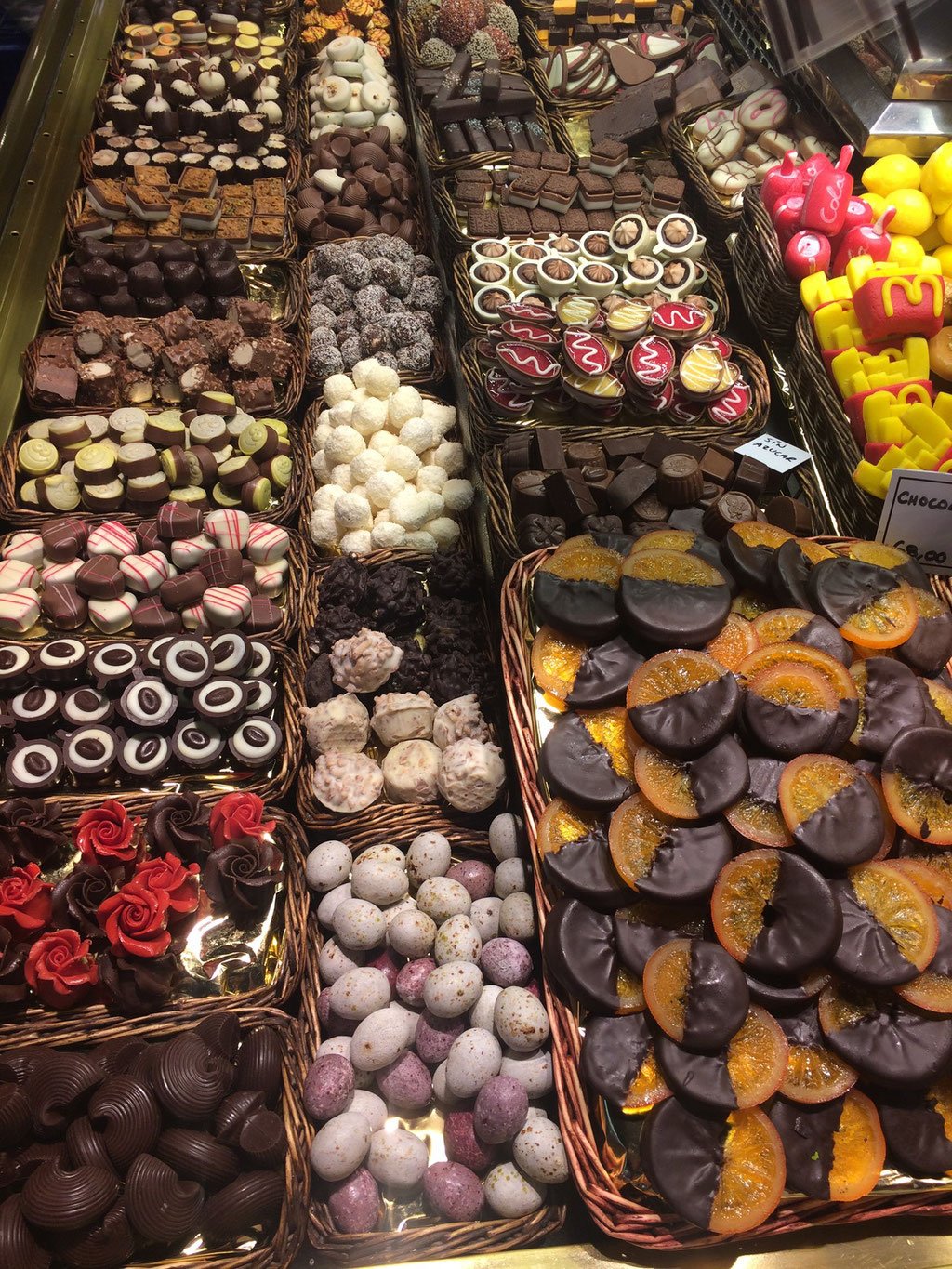 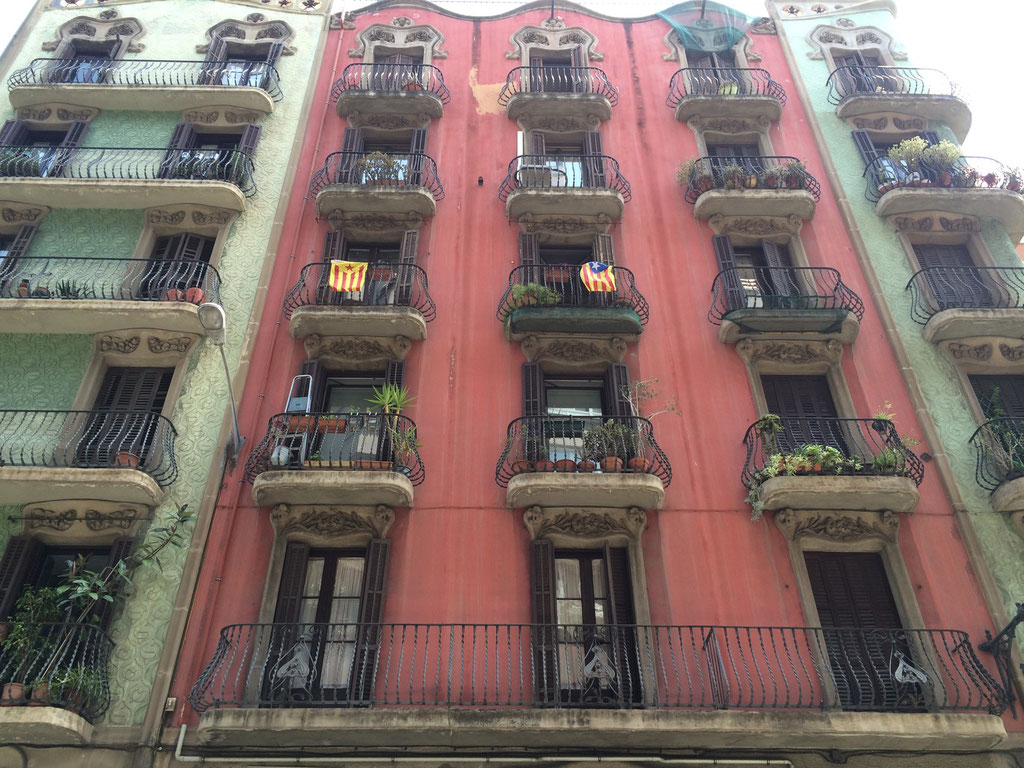 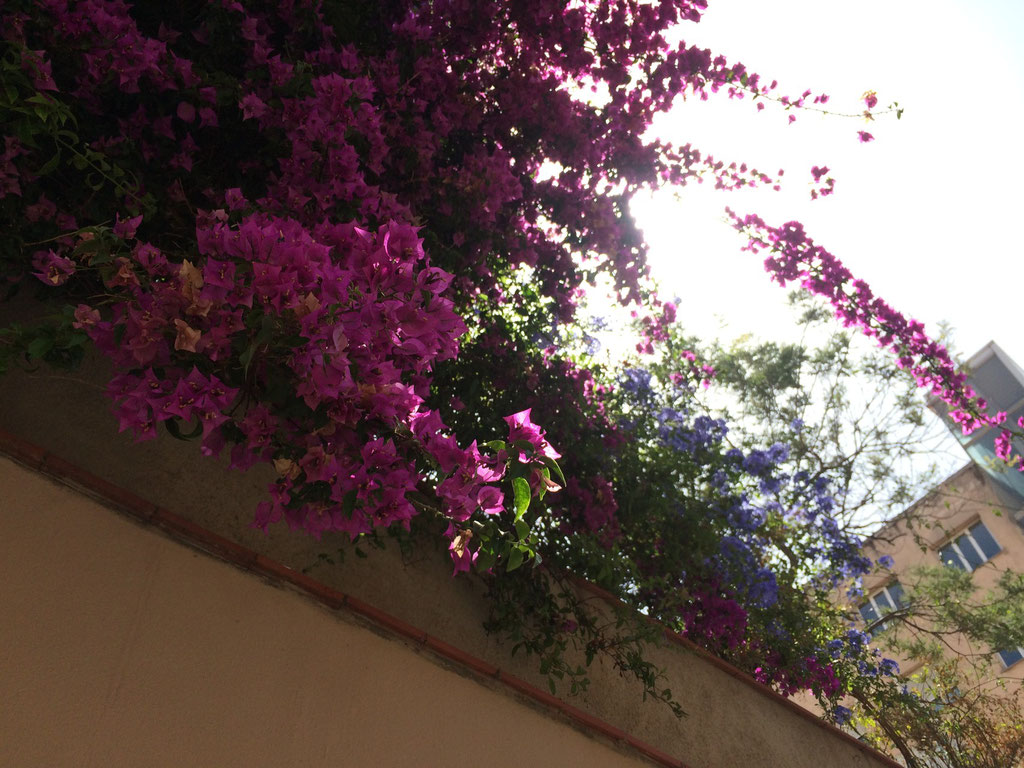 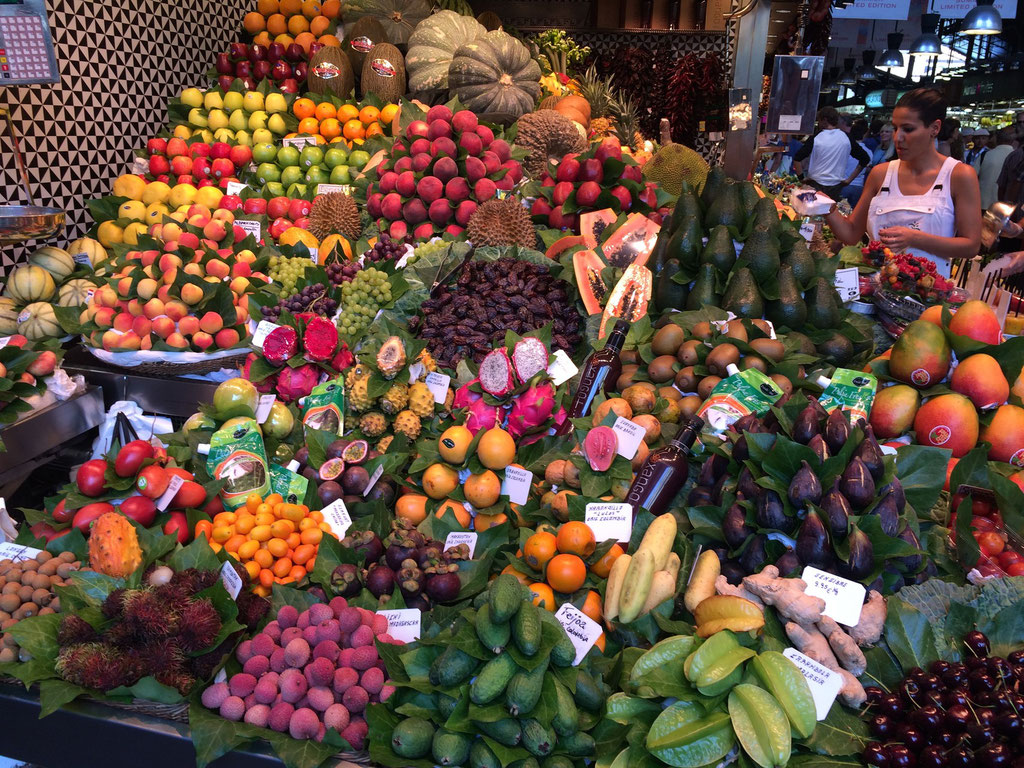 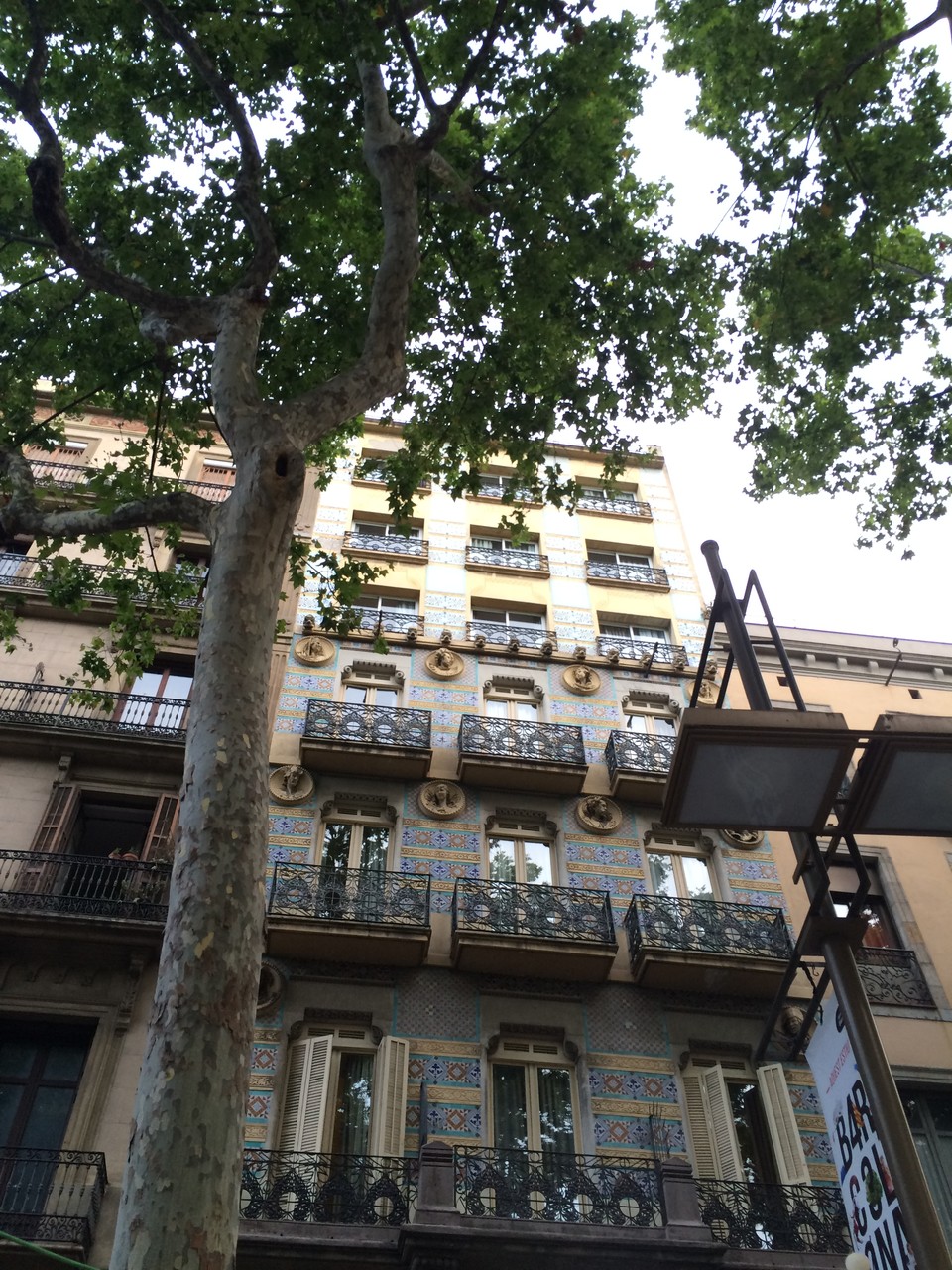 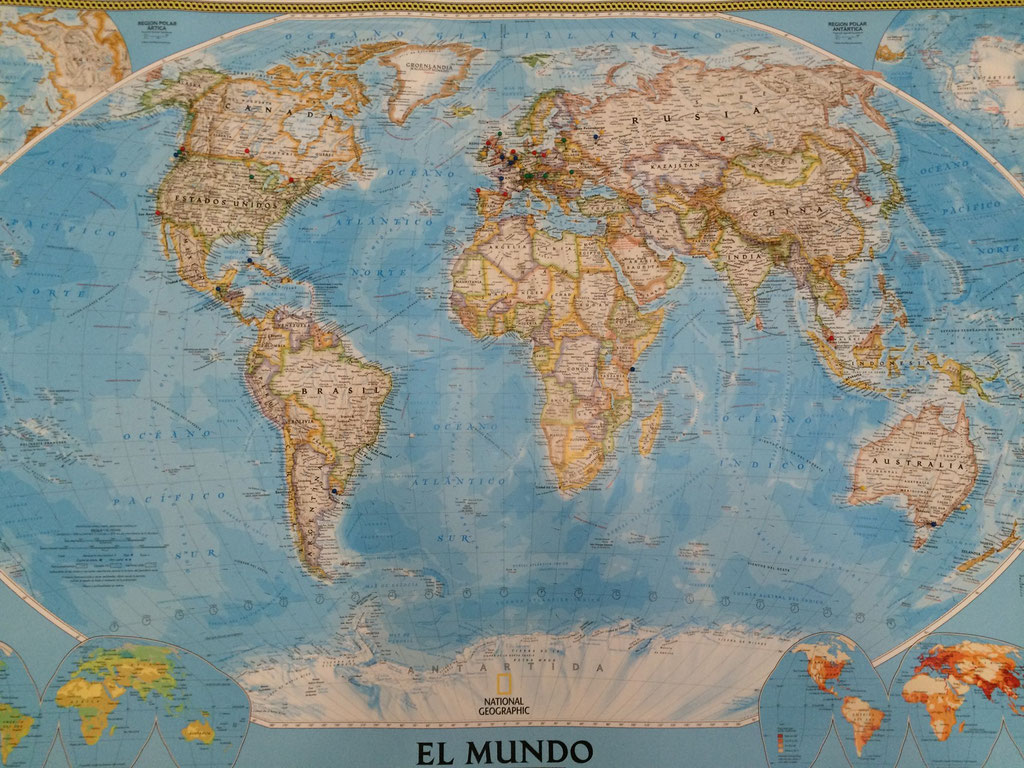 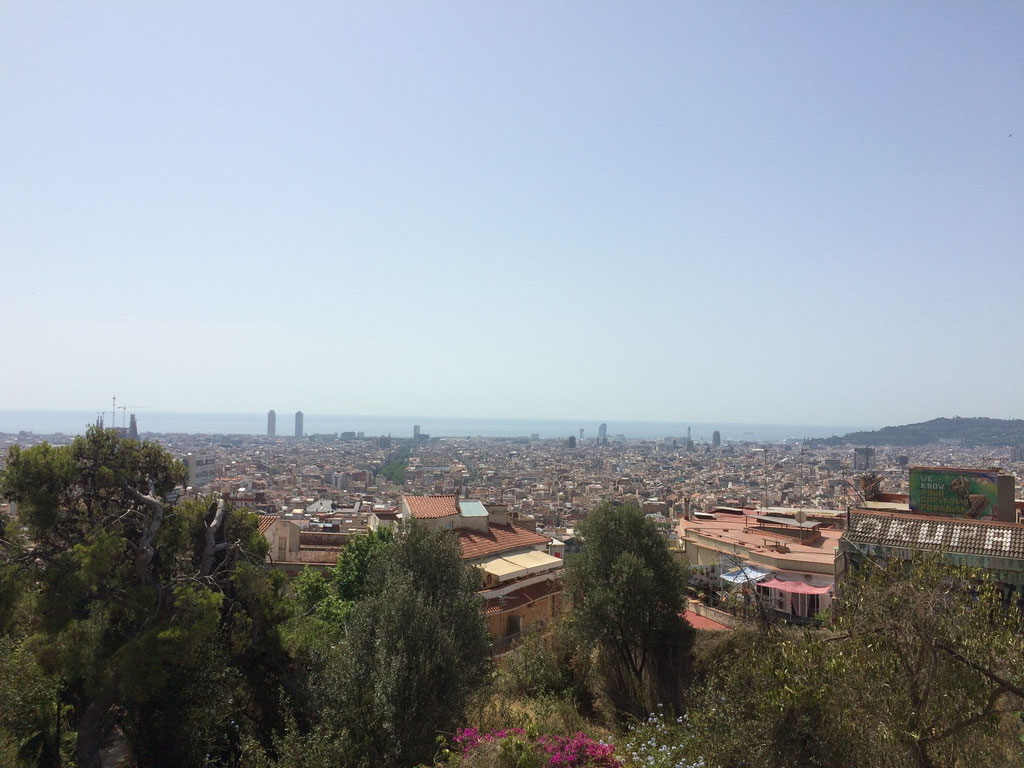 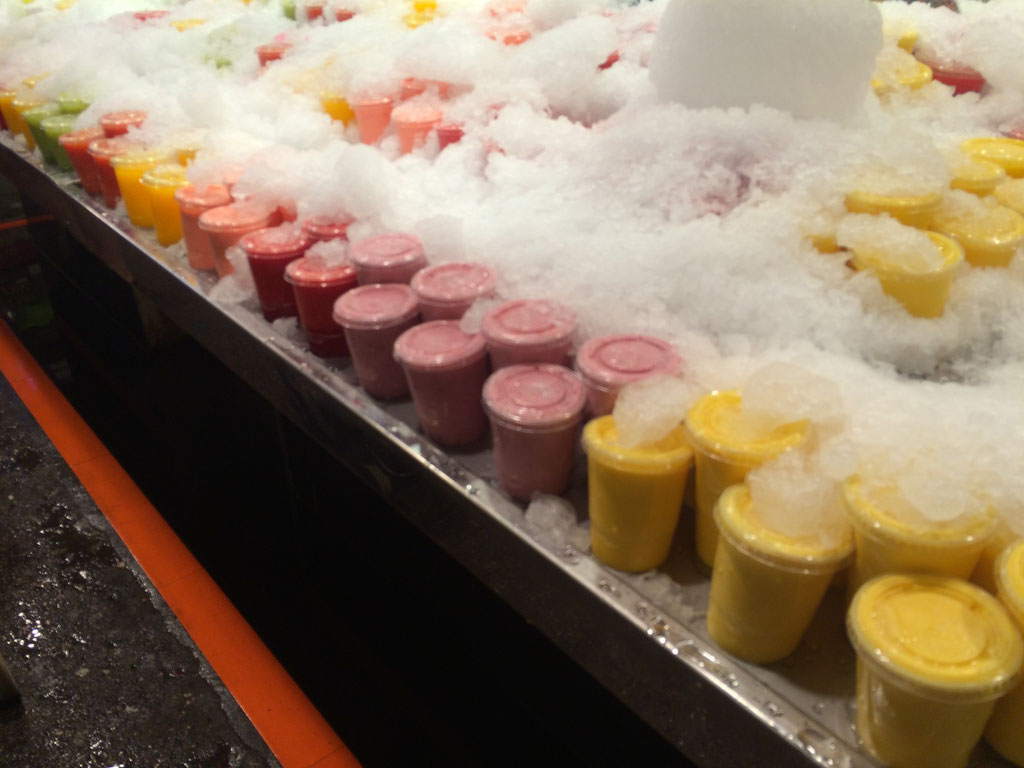 On the days we did actually make it out of the apartment and into the heat we walked around and saw a few cool things.

When in Barcelona you kinda have to go here. Make sure you pre-purchase your tickets in peak season ( 7 euro) because the line is so long and the wait to get in once you've got them can sometimes be up to 3 hours. We booked our tickets the day before and went at 9am. I wish we'd gone an hour earlier as just after we arrived all the tour buses started flooding in and it really was so much nicer when we had the park to ourselves. The coloured tiles and architecture here were super cool and it had the best view of the city. If I had more time I would have come back here and gone running or hiking around the free areas of the park, it was full of cool buildings and mosaics and also had awesome views over the entire city from heaps of different angles.

Hmmm.. Well it was beautiful on the outside apart from the ugly scaffolding from the construction. I didn’t actually get to go inside because it was so incredibly hot the day I went and the line went for about an hour.  I wish I had gone inside though because its meant to be insanely beautiful. Honestly though it didn't blow me away and if you don't have that much time in Barcelona I wouldn't bother trying to navigate your way here. 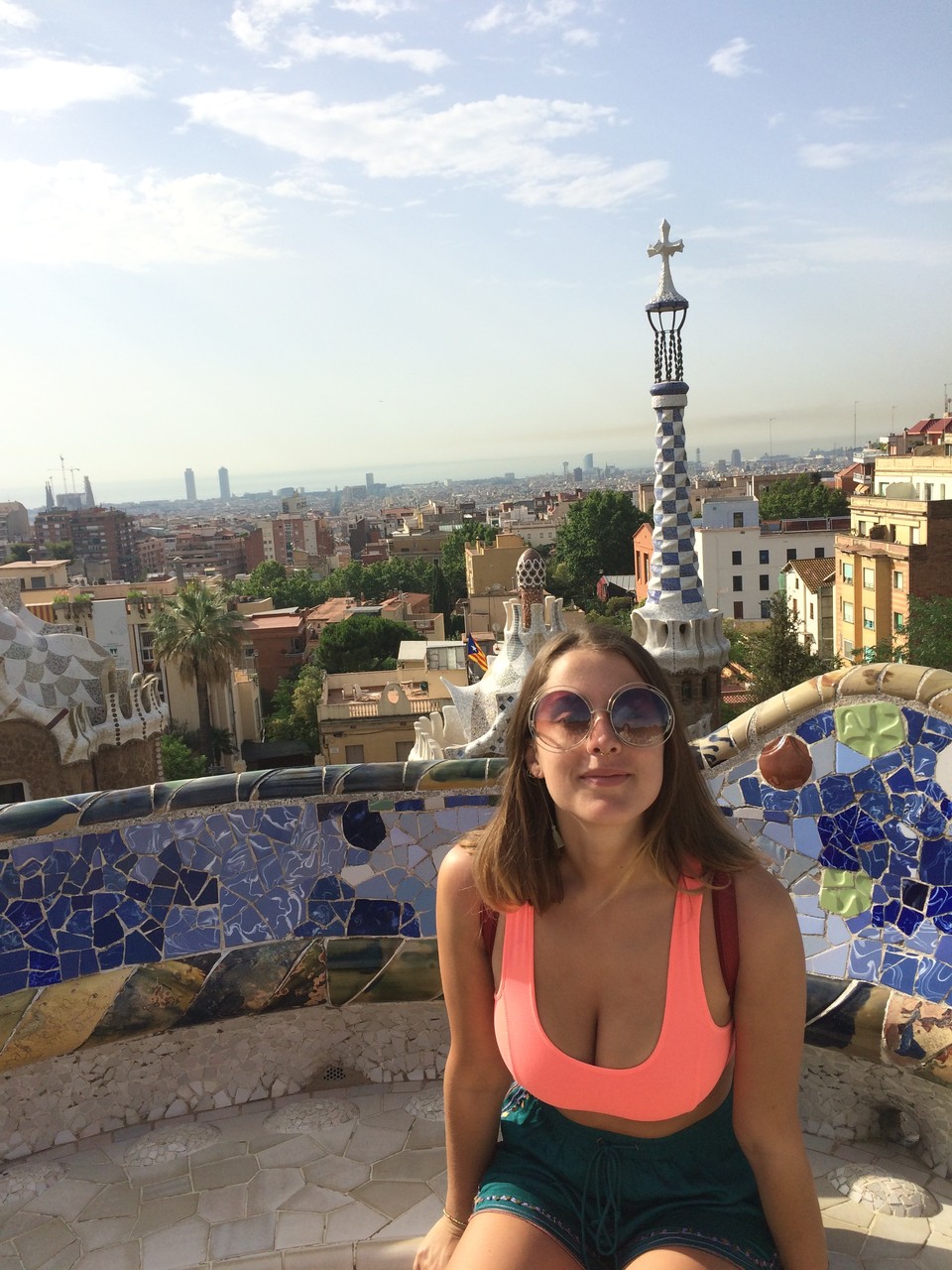 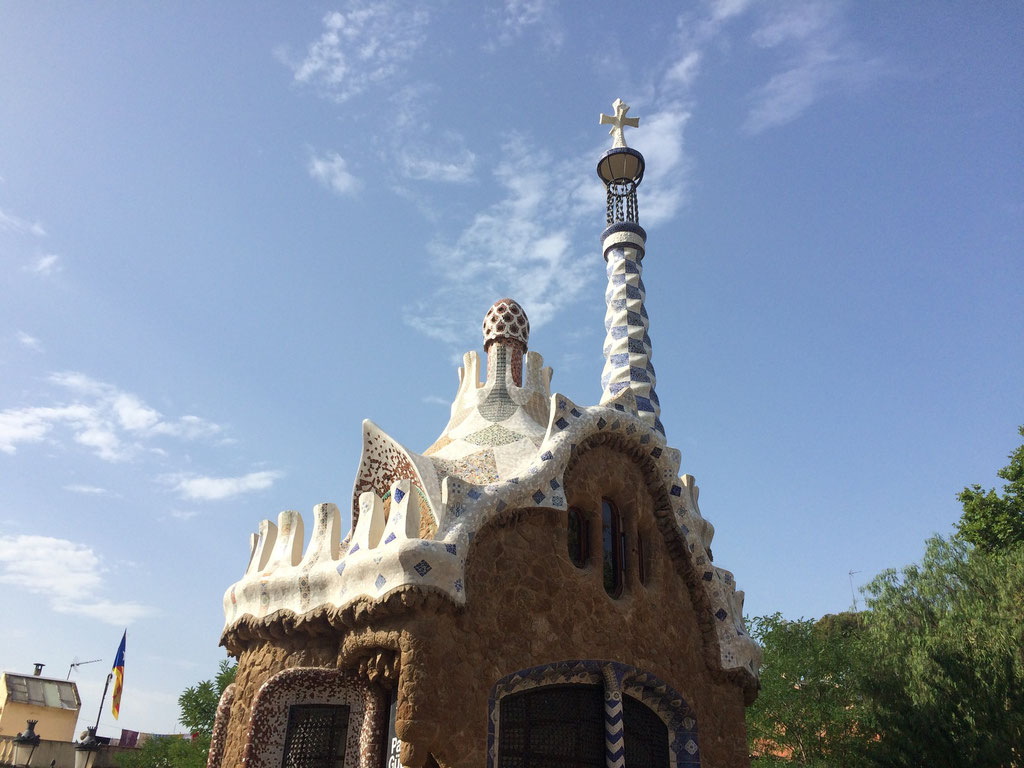 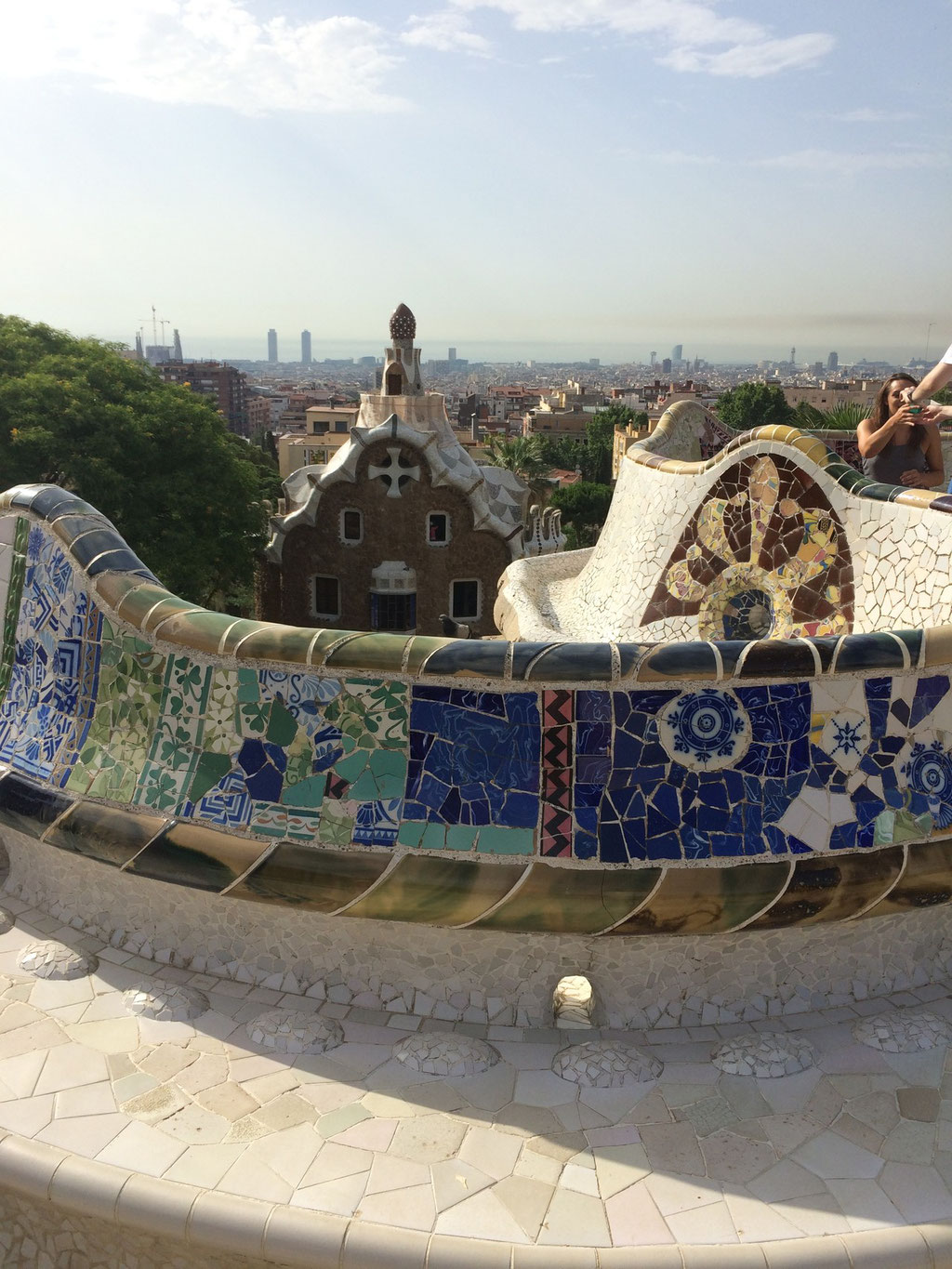 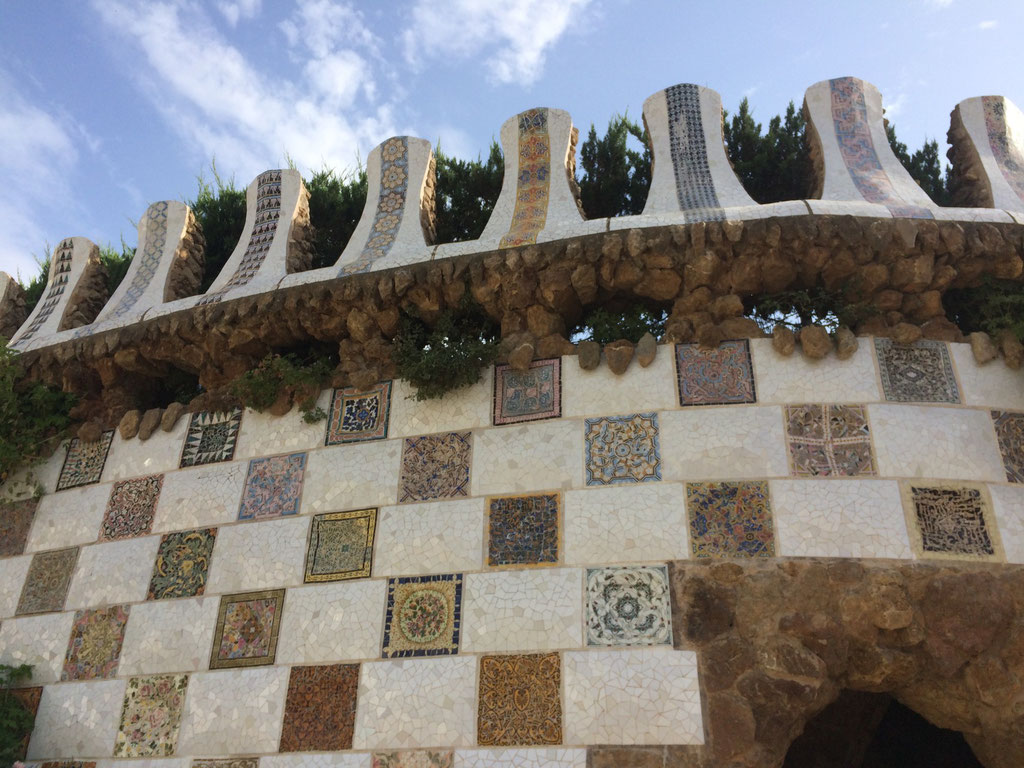 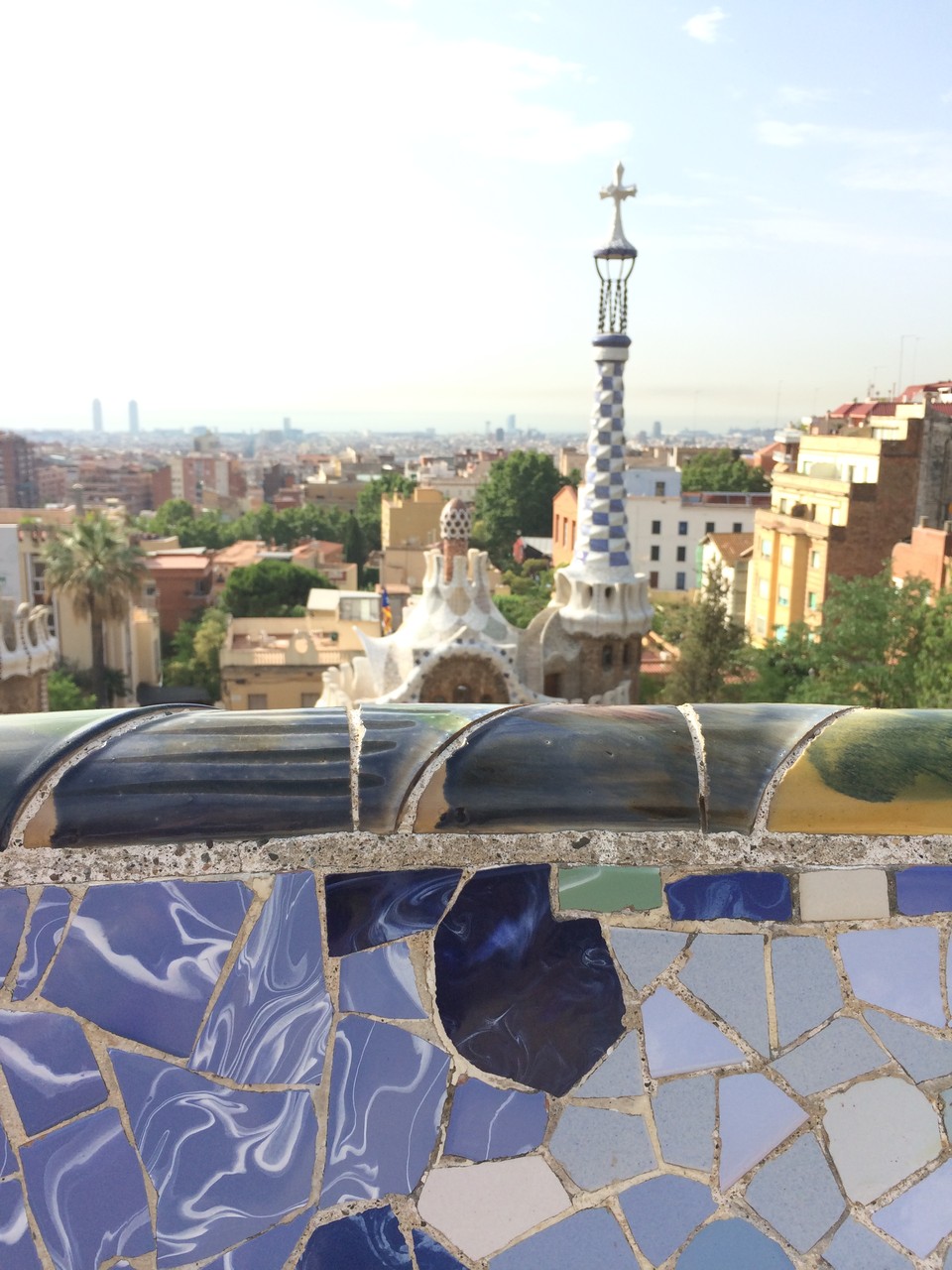 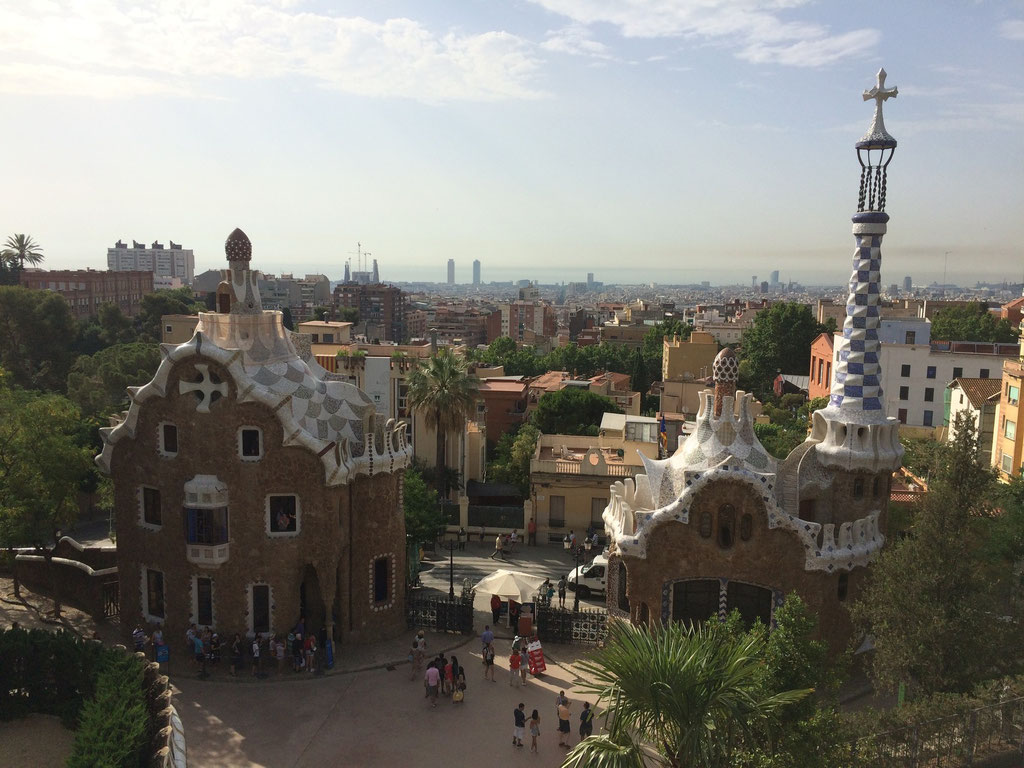 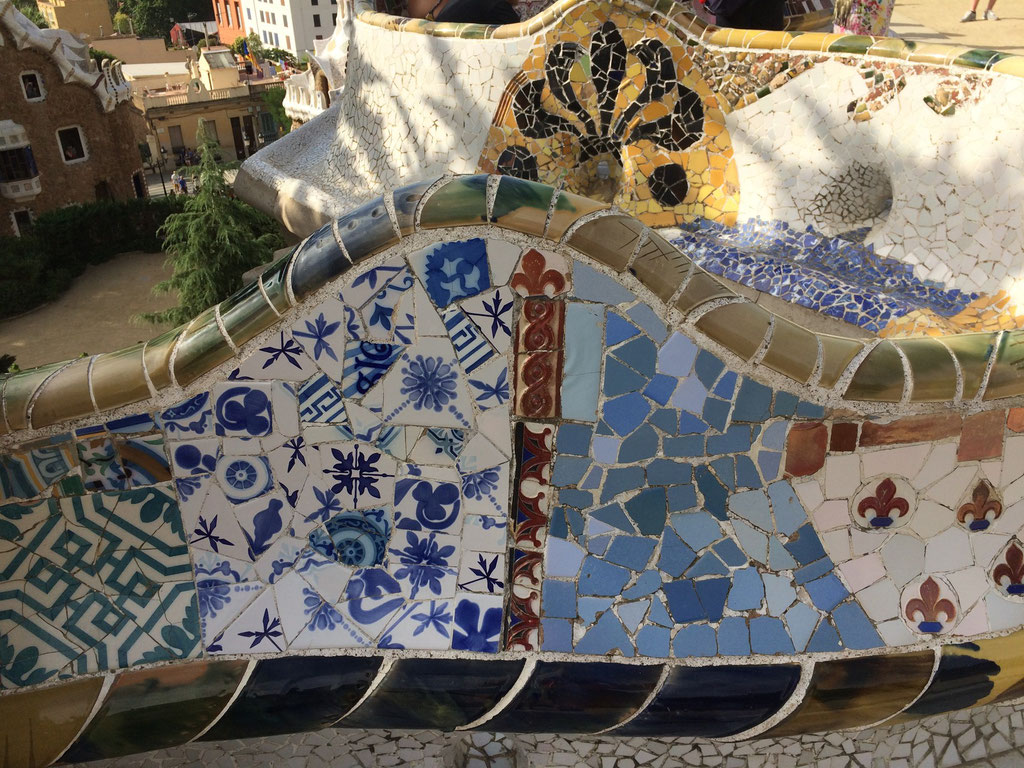 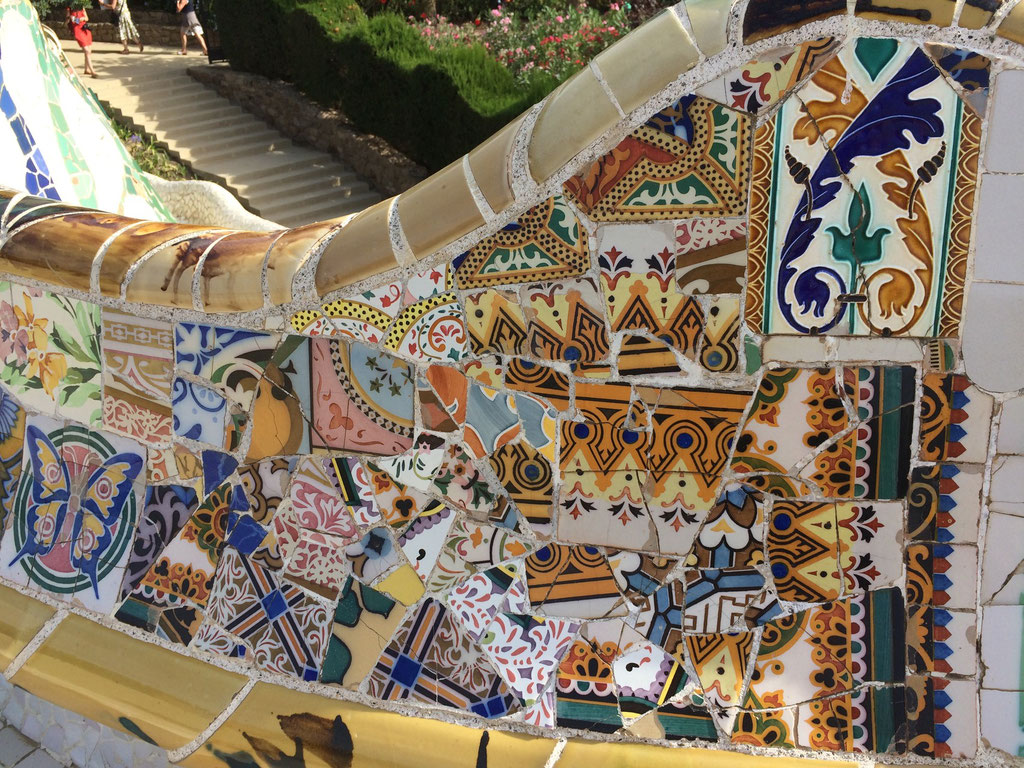 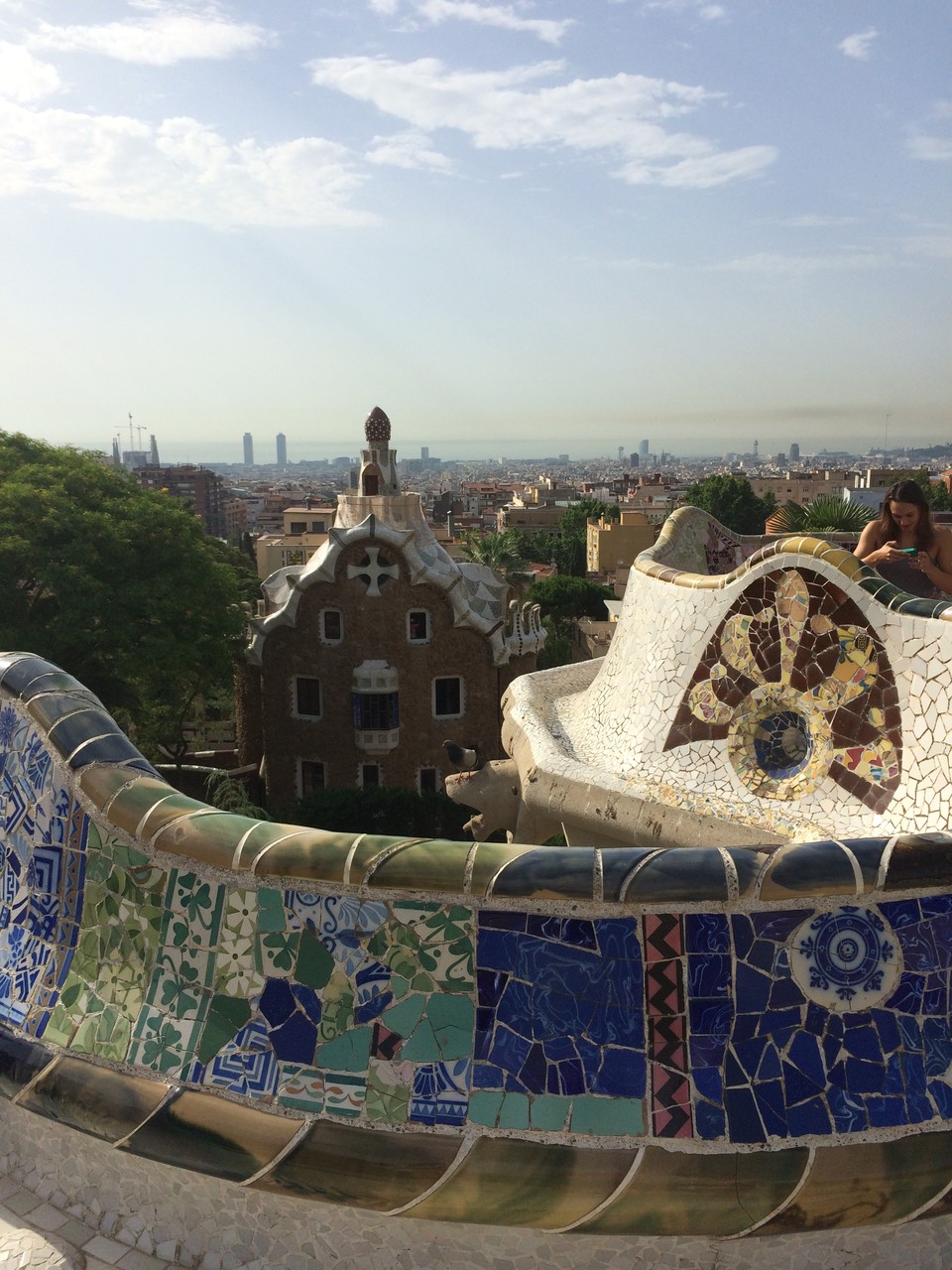 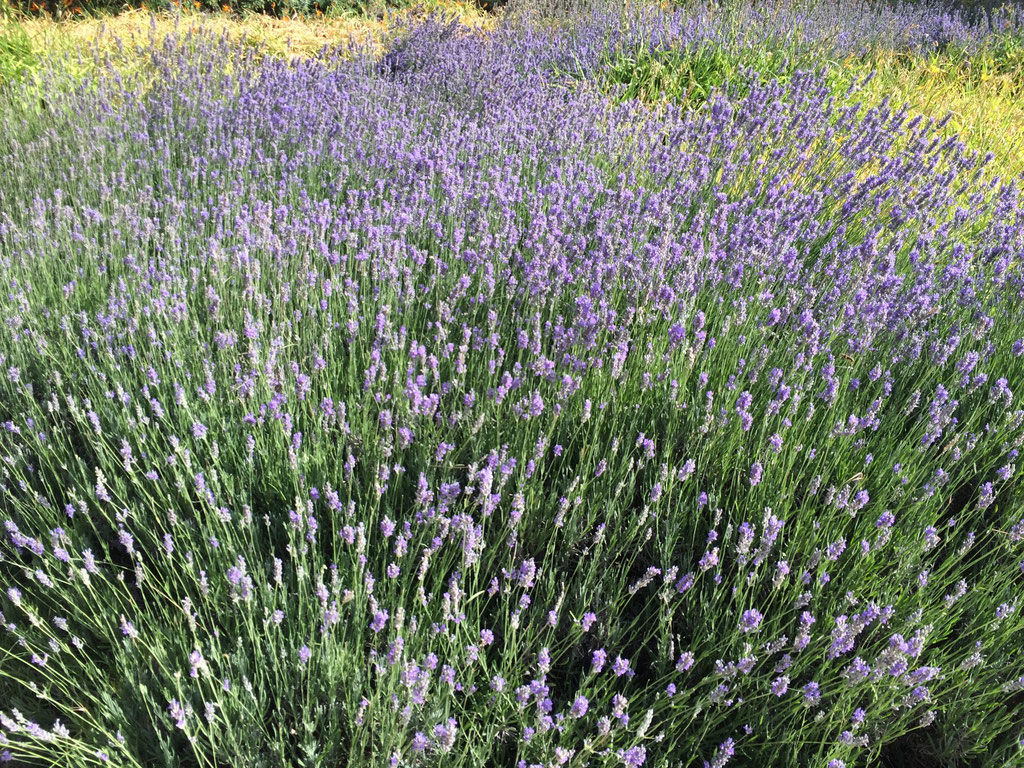 A fresh food market located on Las Rumblas and which happened to be just across from our apartment. I went there every morning for juice and cups of fruit for 1 euro. It was so colourful and fun and was a really cool place to get lunch or just to walk around and drool over all the food.

This was the best thing we did in Barcelona.  Its on every Sunday afternoon in July and August and the tickets where only 15 euro. We spent the afternoon dancing to amazing music and met so many cool people. Make sure you bring your own water and drinks because you'll get so thirsty dancing in the sun and a 250ml bottle of water was 2 euro. 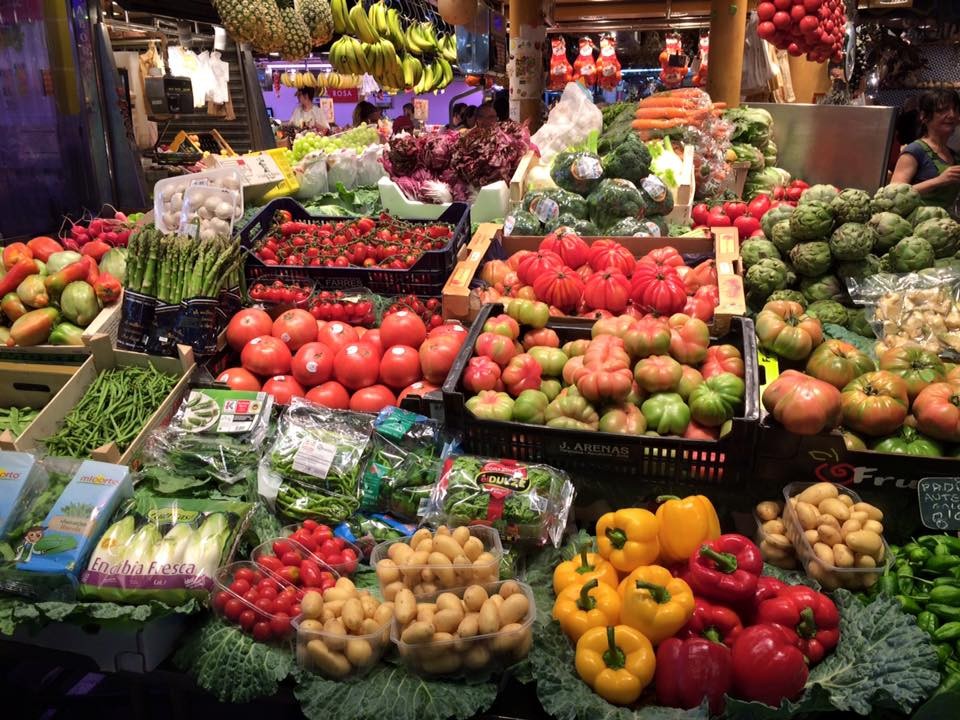 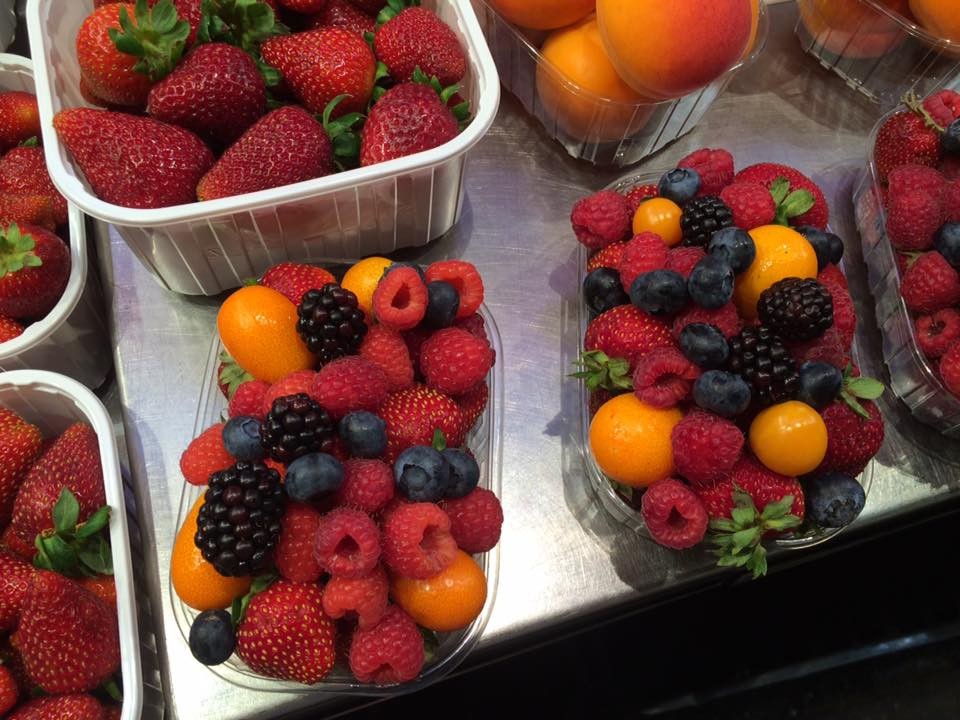 We both couldn't stop talking about how lucky we were that we chose to stay where we did. The location was fantastic (despite the 20 minute walk to the beach); on a side street just off Las Rumblas in an apartment building. We met the coolest people from all around the world who were staying in the same AirBnB place as us. We went out with them and hung out in the common areas of the apartment (which was huge). We still had our own private room and access to a kitchen and a really good bathroom, so really it couldn't have been much better. Not to mention it was super, super cheap. 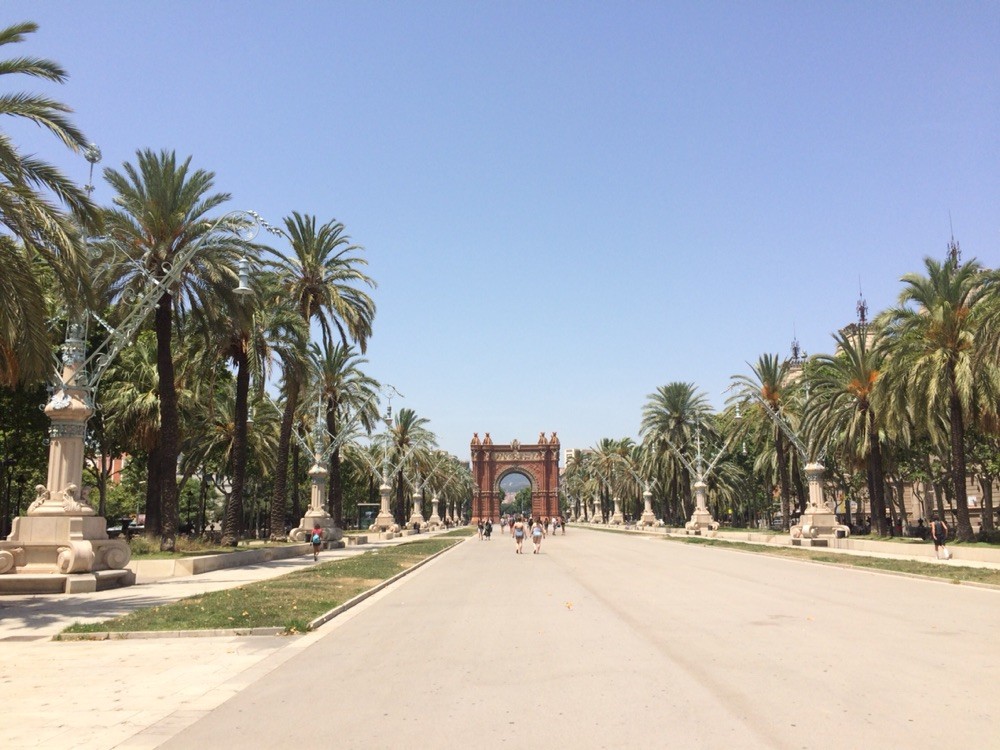 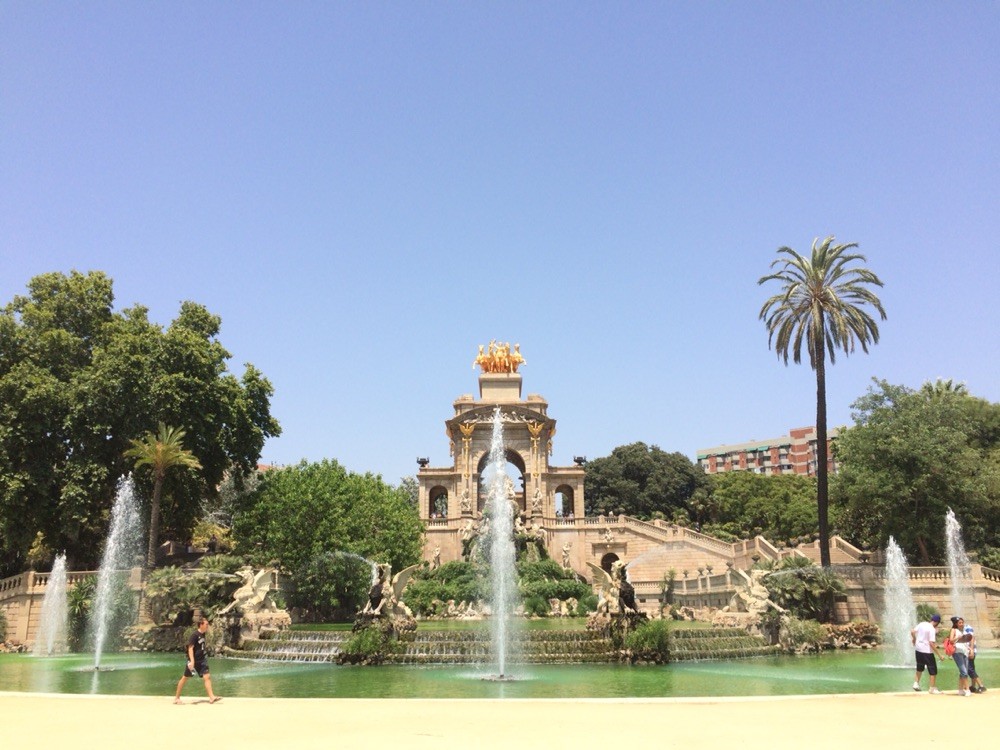