Agra and the Taj Mahal

Agra is a city 5 hours out of Delhi that is home to the majestic Taj Mahal. Whilst missing the Taj is an Indian traveler's crime, Agra itself is hardly a destination. I'd heard nothing but average reviews of this city and was determined to discover something that proved everyone else wrong, but alas, Agra is just not that great. The city is incredibly impoverished, being one of the poorest cities we visited during our time in India. This, compiled with the garish and over the top hotels and restaurants that cater to the 'travelers' who fly straight into Agra just to see the Taj and then hot shot it out of India, makes it a very difficult place to be as a backpacker. Do not even think about doing any shopping here as the prices are 10 times what you will pay anywhere else and the quality is rubbish!!

After visiting the Taj make sure you head to the Agra Fort which is on the other side of the city. Rickshaws will take you there from the Taj for about 100 rupees ($2). The fort costs 500 rupees to enter but is really beautiful and has lovely views over Agra so I  would recommend going here if you have time. From Agra Fort we headed to  Magaharh Bahg which is a beautiful park located directly across from the Taj with amazing, unobstructed views of the Taj and its surrounding buildings, away from the crowds. Bring a picnic rug and some snacks and sit under one of the trees. We sat under a tree and napped occasionally gazing up at the Taj for a few hours before heading to find a  bus to Jaipur.

Ebbs and I were in Varanasi prior to our day in Agra and thus had a fair bit of ground to cover. Flying into Agra is expensive and unnecessary as there are trains and buses running from all over the country at very reasonable prices. From Varanasi there is a daily overnight train that arrives in Agra at about 6 in the morning but as Ebbs and I were a little unorganized at the beginning of our trip we missed out on seats for the dates we wanted. Instead we flew from Varanasi to Delhi in the late afternoon which cost us $60 each (including luggage) and then caught a late night train (8pm) from Delhi to Agra, arriving at 11:30 at night. To get from the airport to the train station we caught a pre-booked taxi (340 rupees) that we organised at a counter in the airport. These taxis are cheap, safe and efficient (and usually drive the coolest little vintage cars too).

We booked the train online on the Indian railways website https://www.irctc.co.in/eticketing/loginHome.jsf. In order to book a train you must have an account which can only be created with the use of an Indian phone number. I luckily met a lovely Indian guy in Goa who gave me the details and password to his account and I was able to book all our train tickets that way however if you don't have a generous Indian friend, Indian sim cards can be purchased easily in phone shops and convenience stores. The train was on time but we had no idea where our seat was or how to find it. We ended up sharing a bed and having to move several times (which sucked as it was a 4 hour journey) and we only ended up sleeping for an hour or 2. From the train station we got a rickshaw to our hostel for 250 rupees (we had to pay more because it was late at night).

To get from Agra to Jaipur we got an early evening bus leaving at around 6:00 pm for 300 rupees each.It was a sleeper bus, however with a northern Indian twist, meaning far more seats sold than actually available and bags of straw strewn across the floor. We ended up sharing the single berth at the very back of the bus and somehow managed to make it through the 5 hour journey without crying (I came close). We arrived in Jaipur a little rattled but relieved and got a rickshaw to our hostel.  We booked the bus from one of the bus companies that are littered around the city. When in doubt find a rickshaw driver that speaks English and tell them you want to book a bus. They'll know where to go! (this is the case in any city in Rajasthan… so never stress about getting from A - B, there is always a way!)

We stayed at the Namastey Hostel for $3 each a night in a private room. This hostel is a dump and I do not recommend staying here for more than one night (not that you should be in Agra for more than that anyway). The street our hostel was on was littered with many other hostels and cheap hotels and was a in a great location being about a 15-20 minute walk to the Taj.

Tips for the Taj 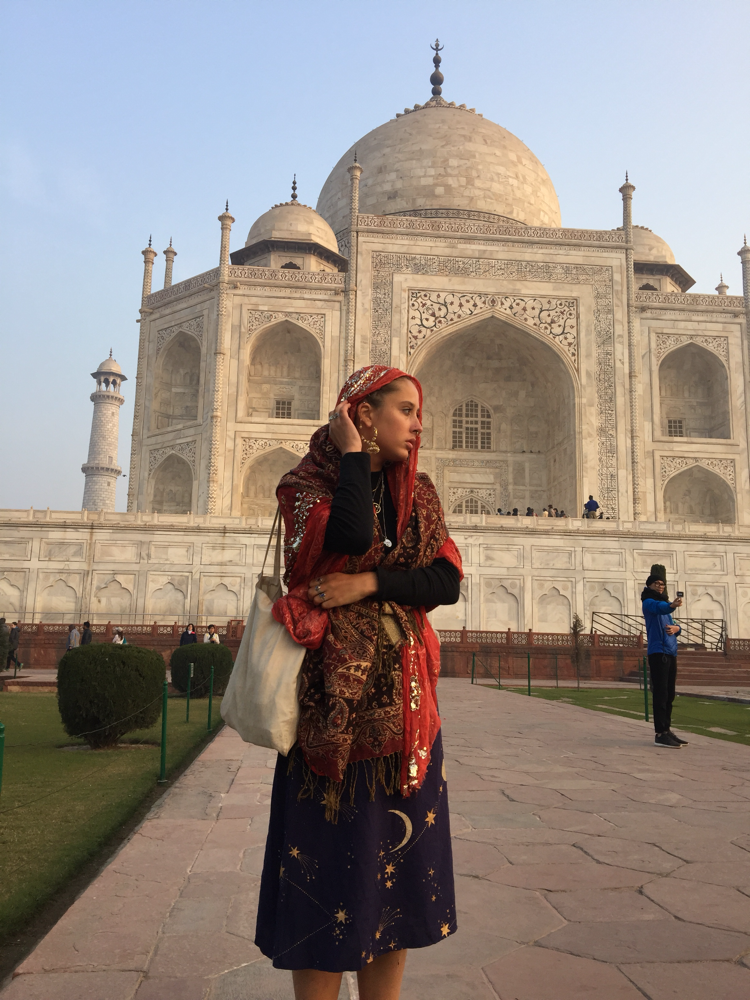 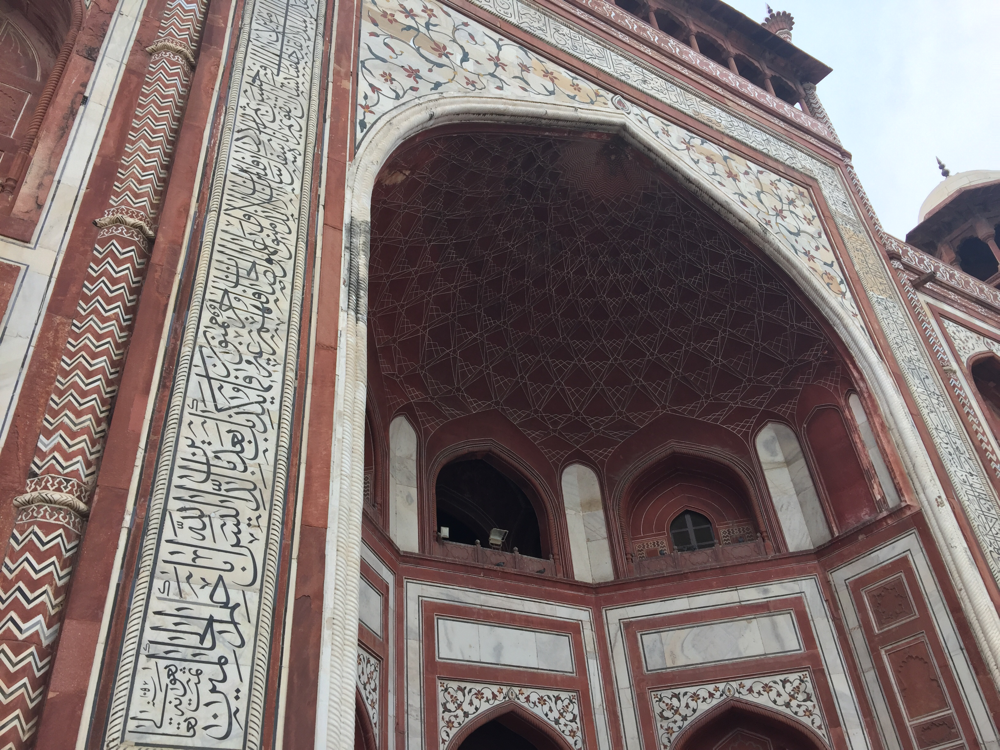 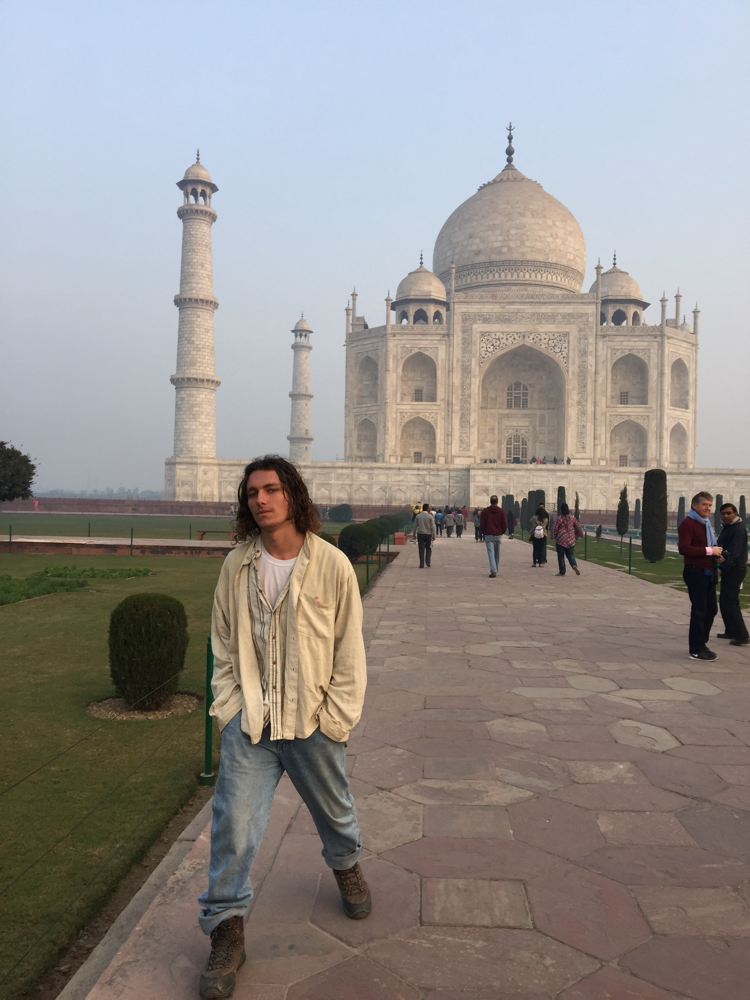 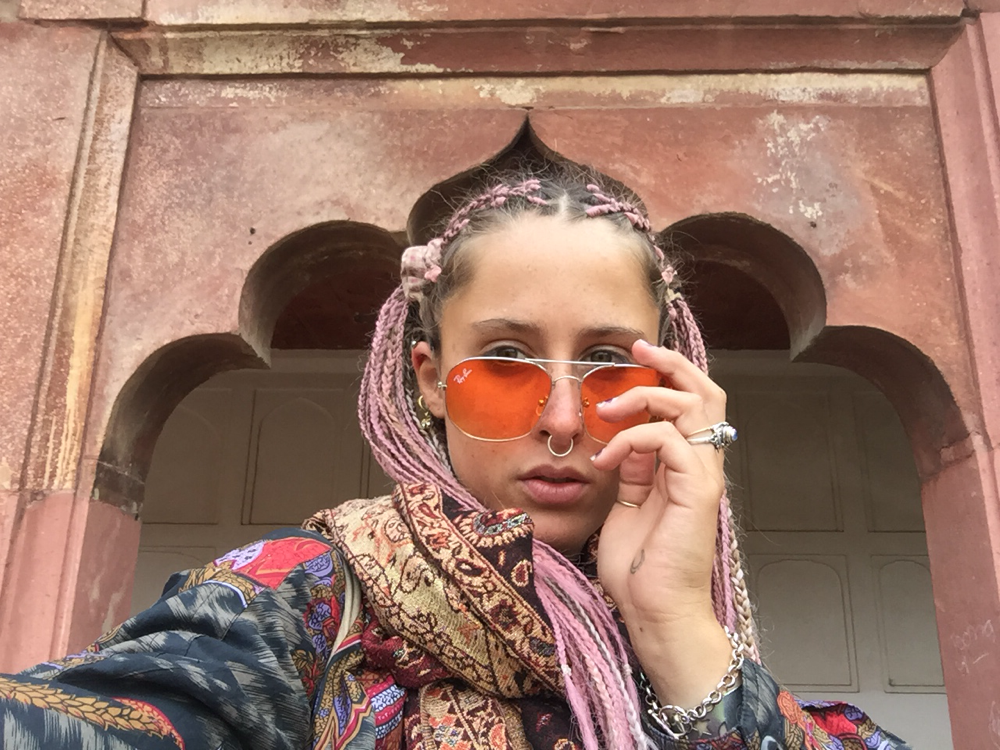 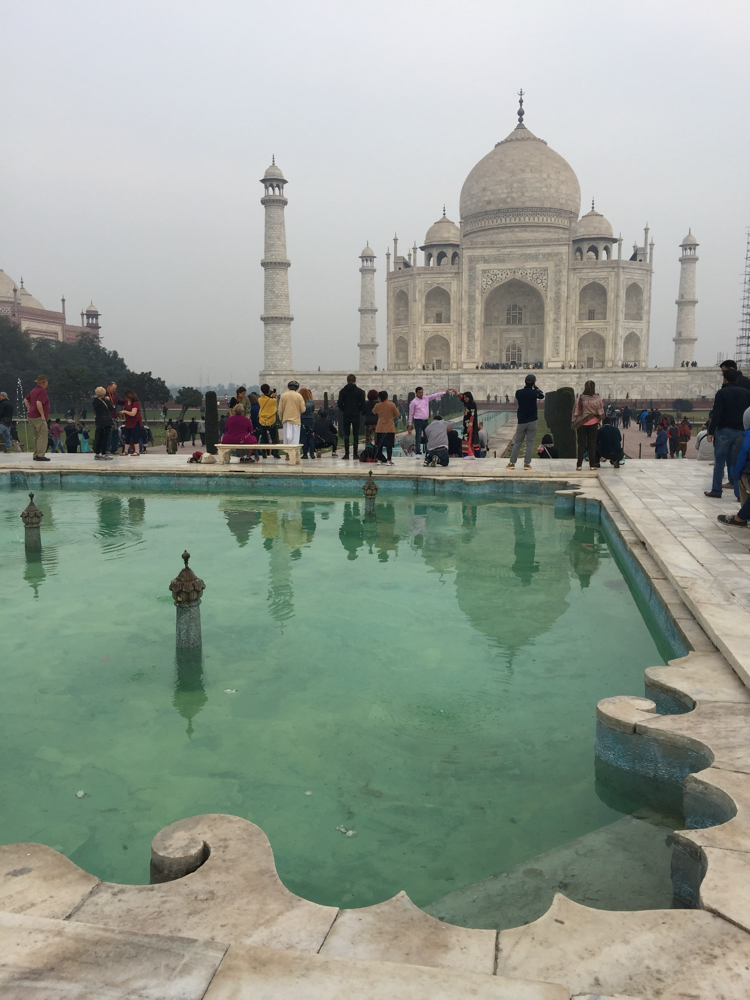 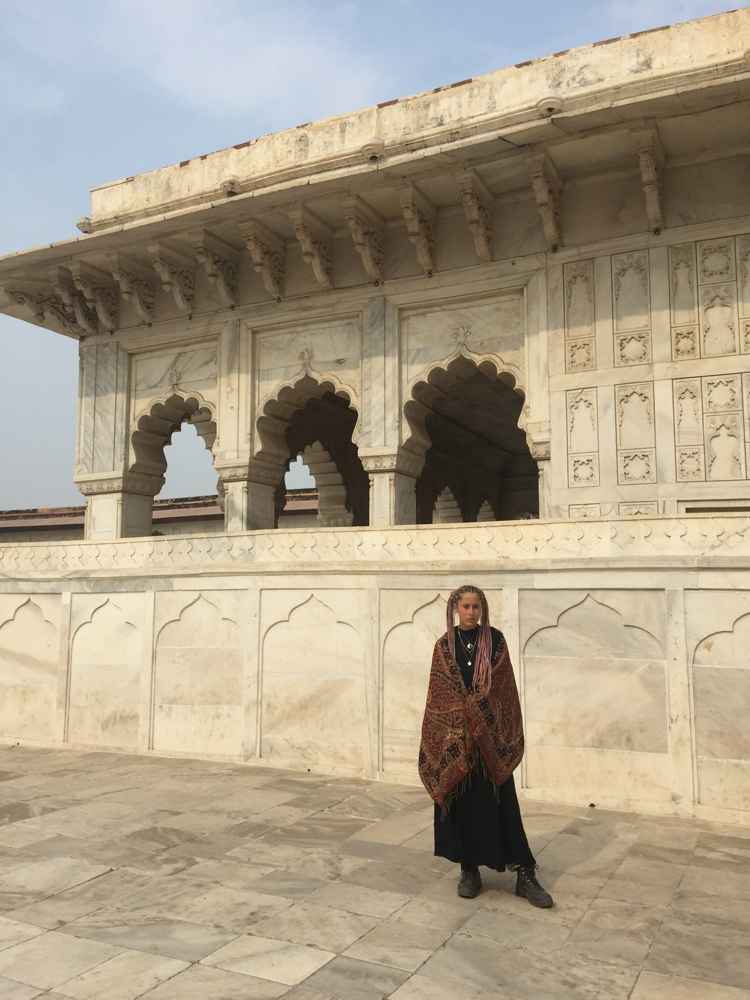 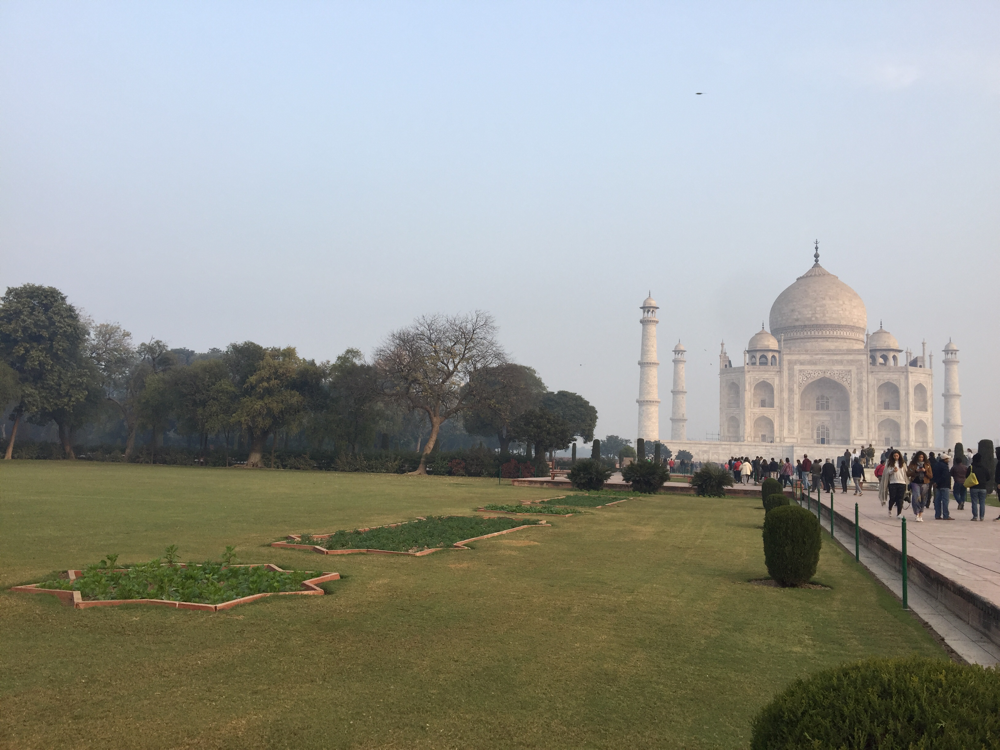 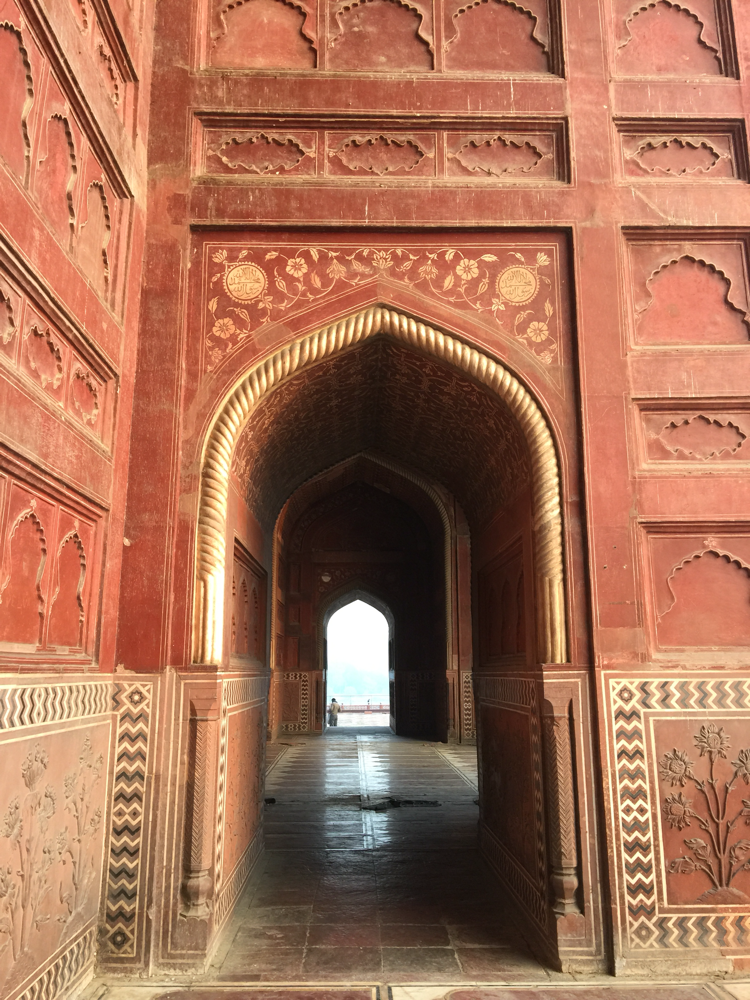 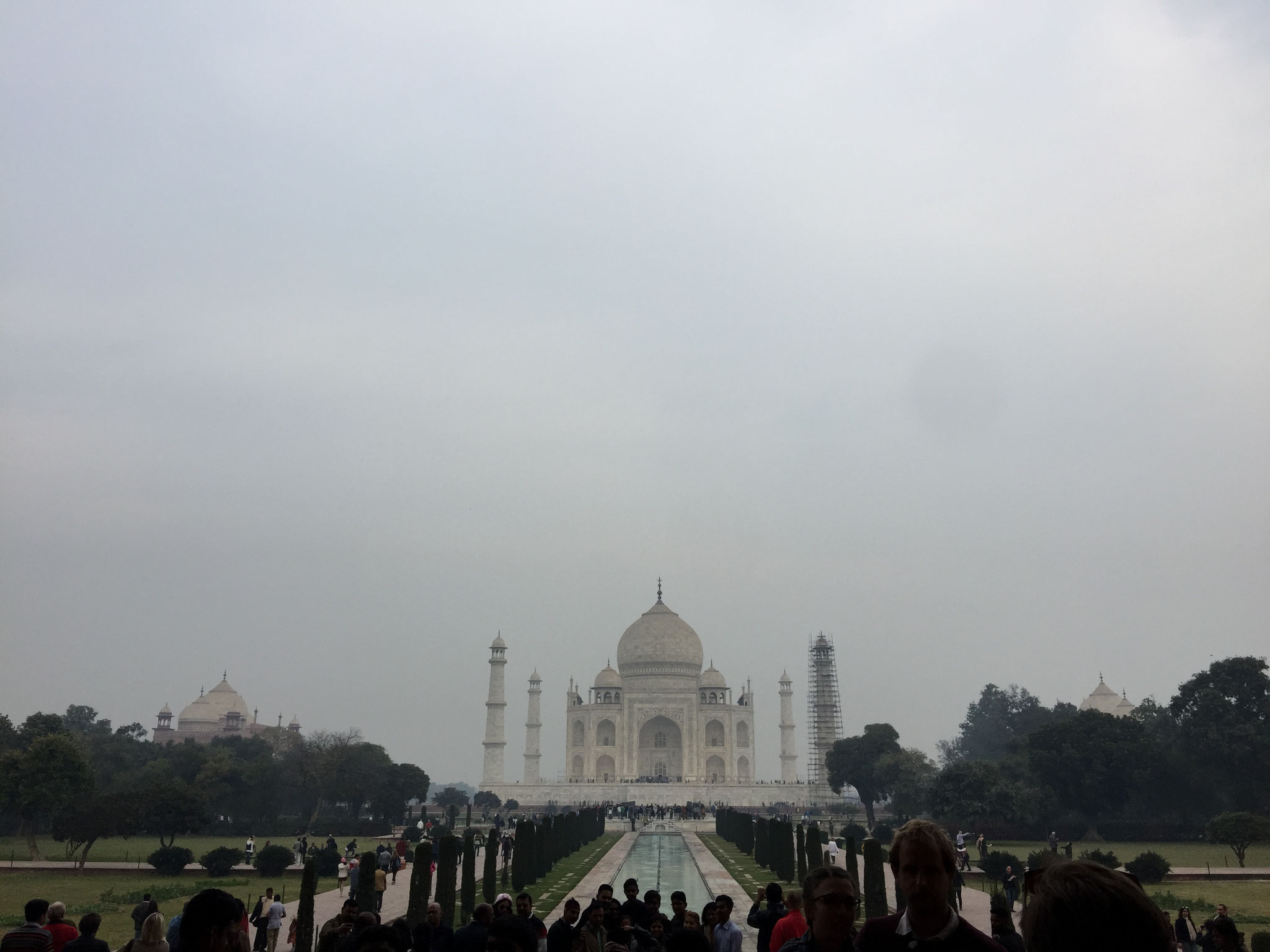 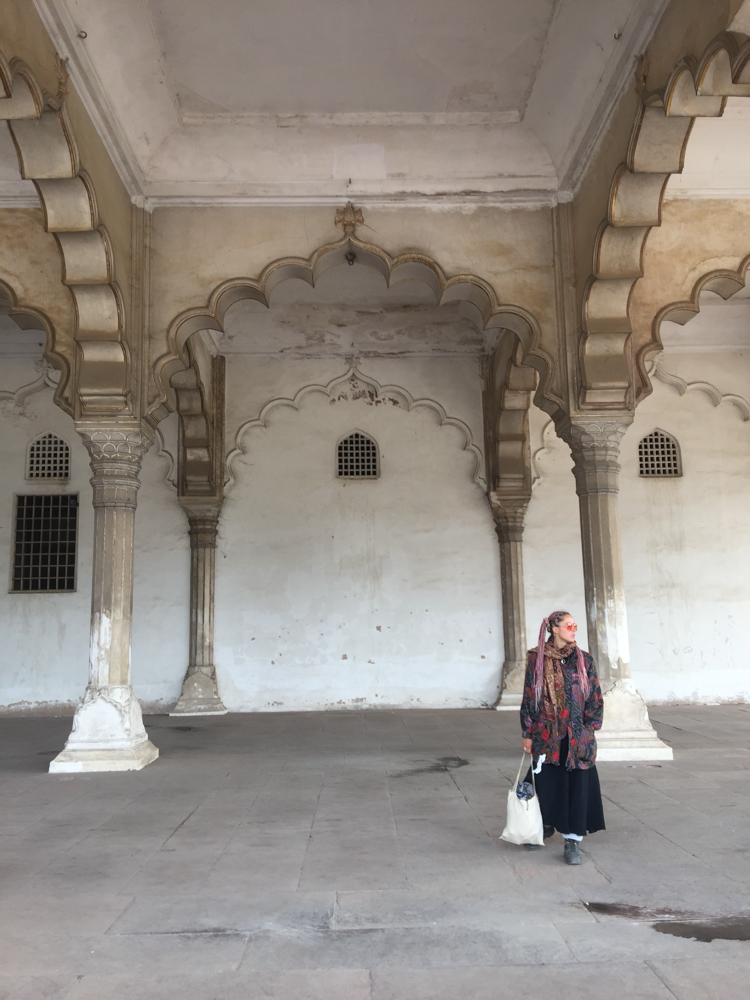 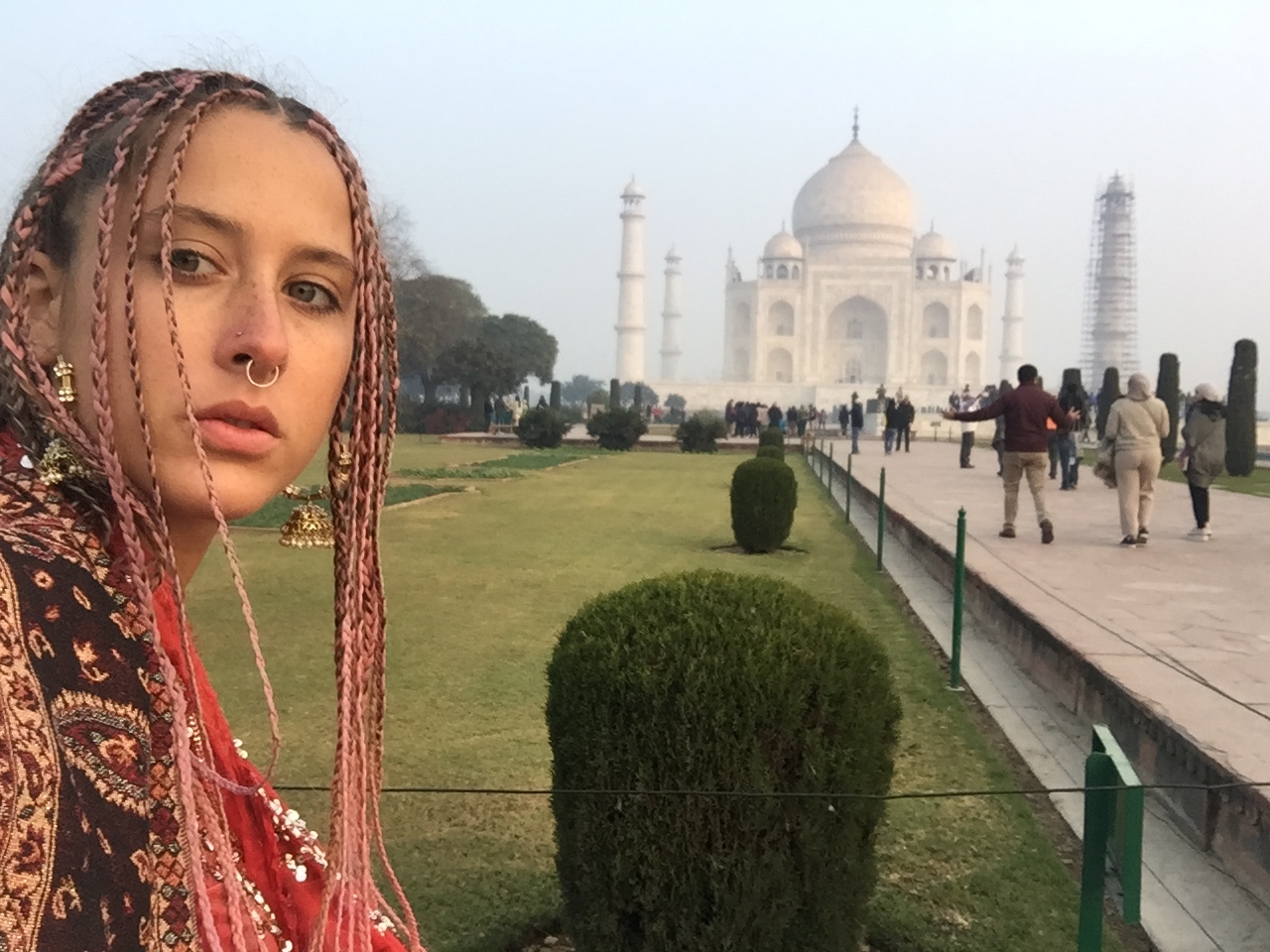 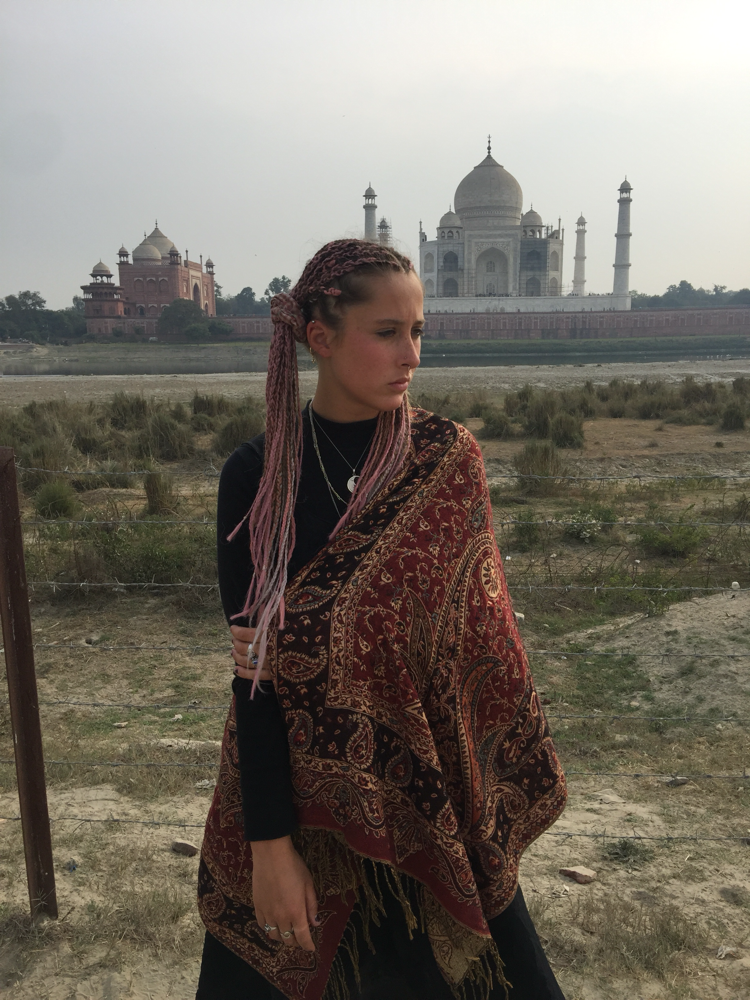 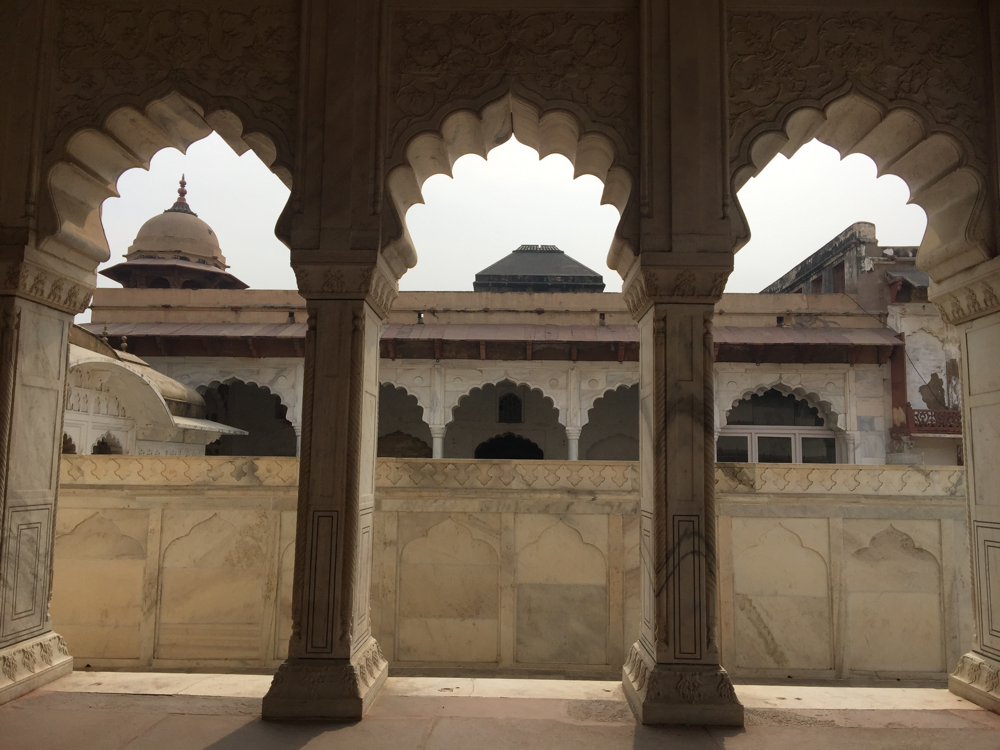 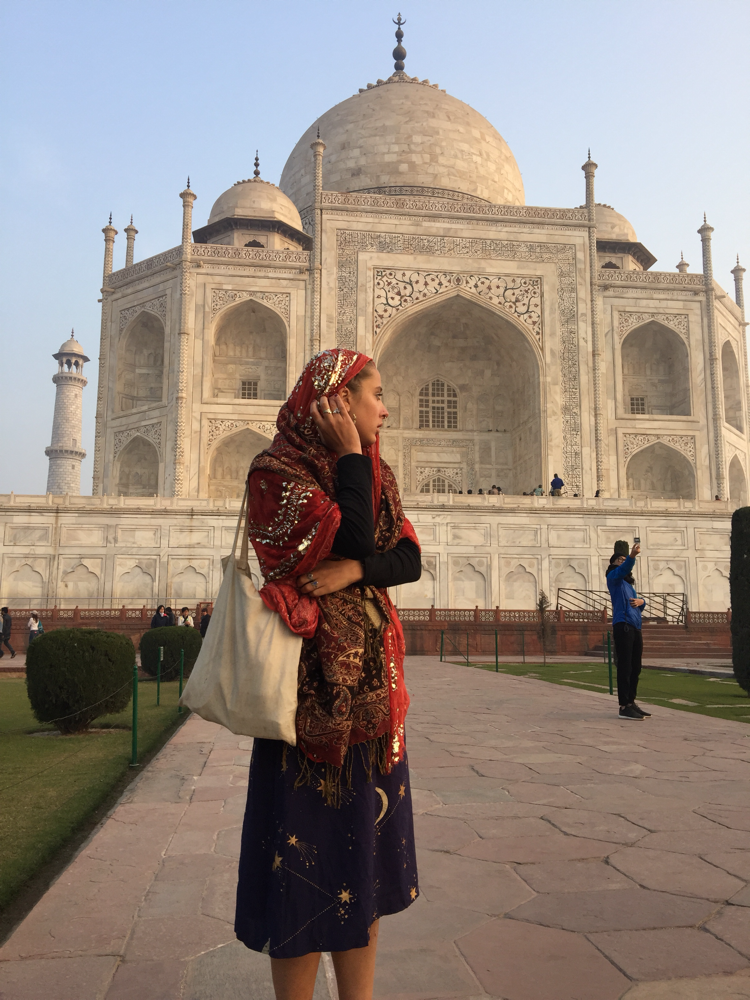 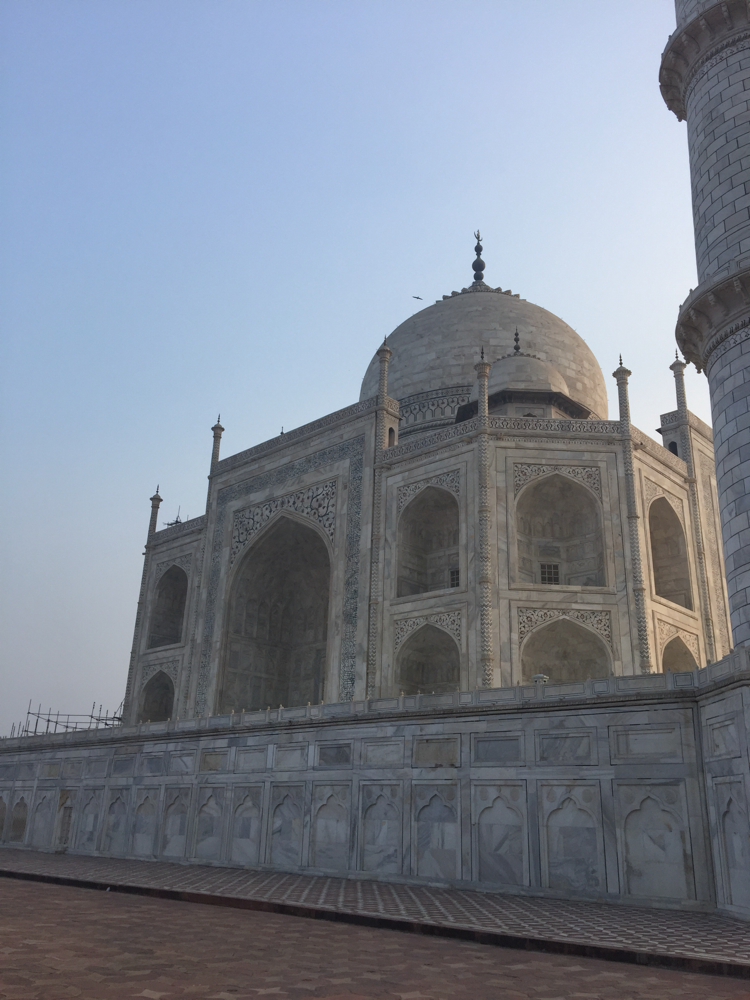 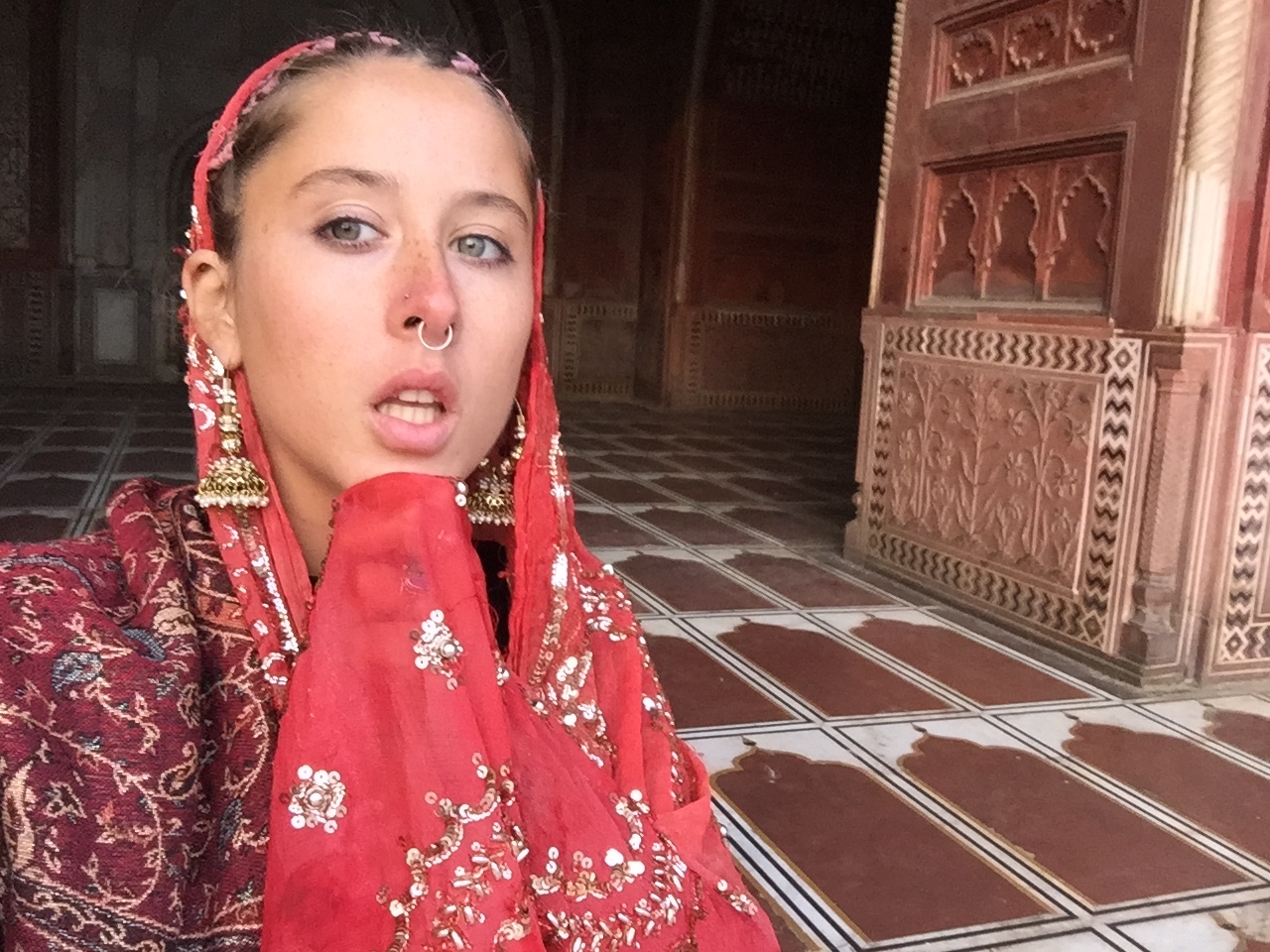 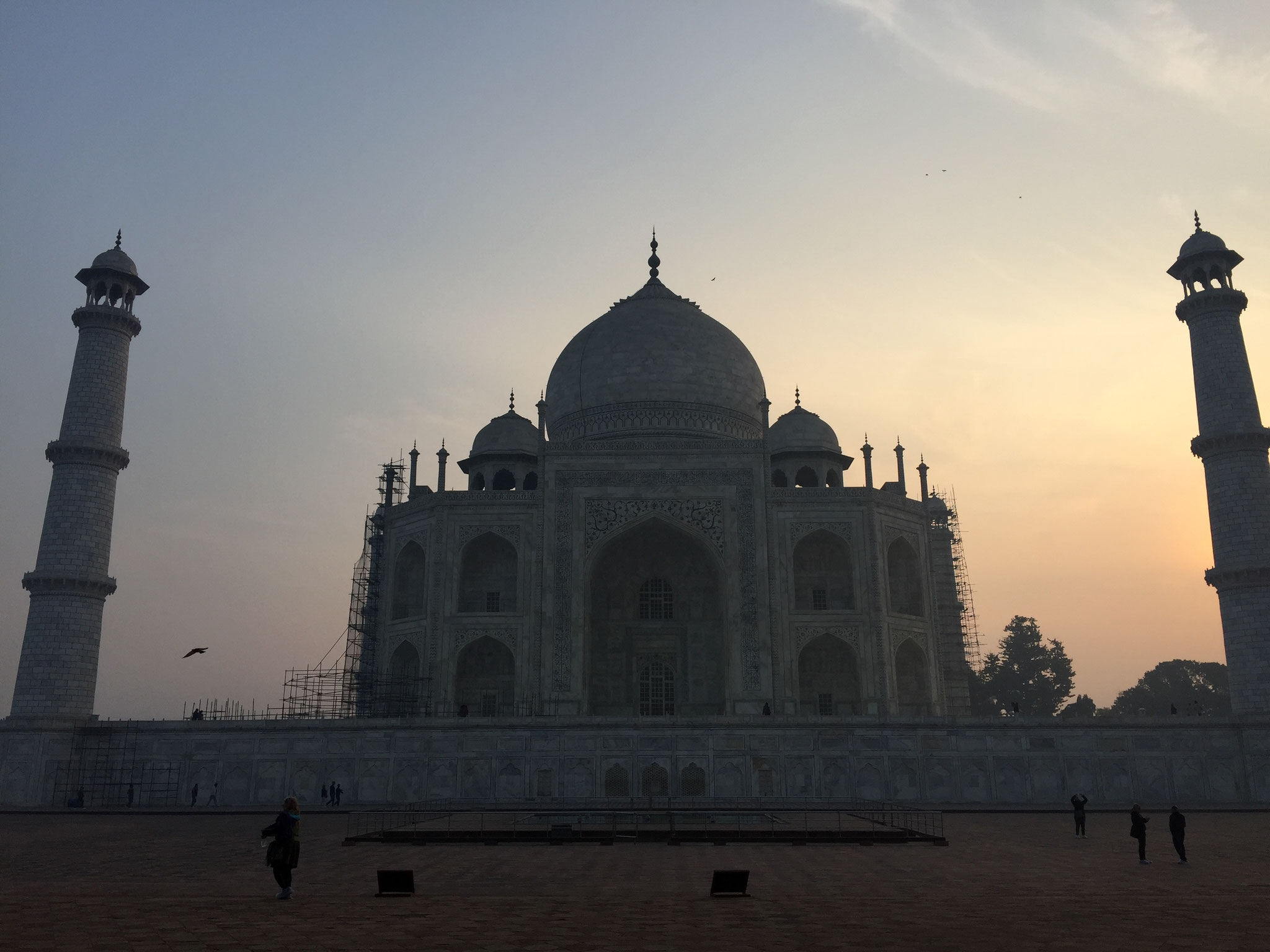 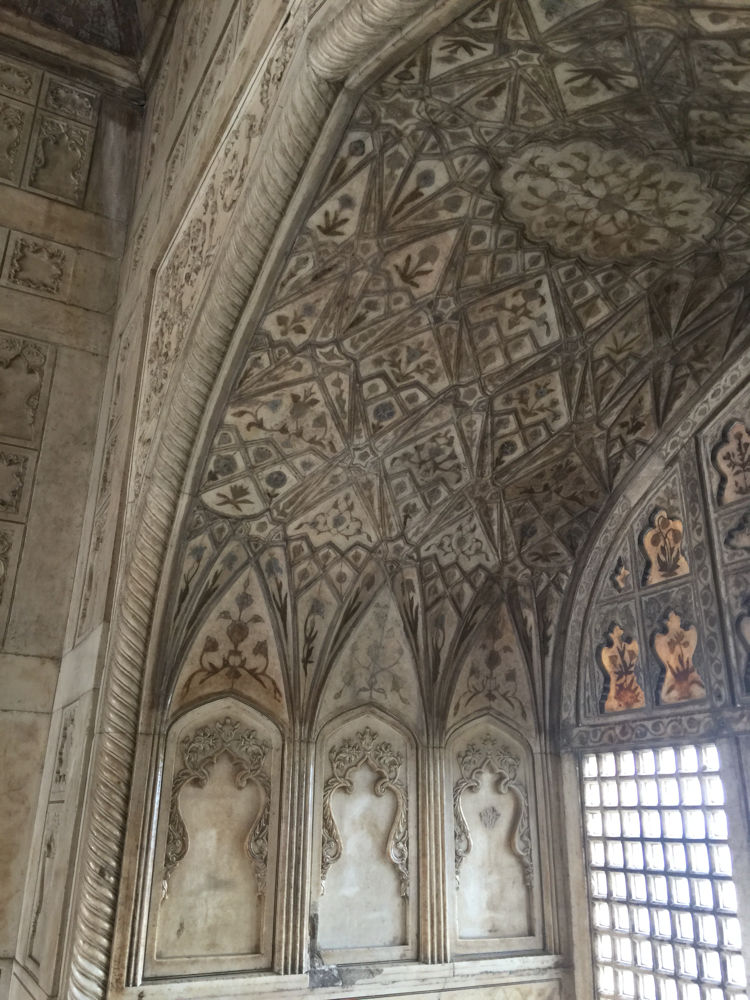 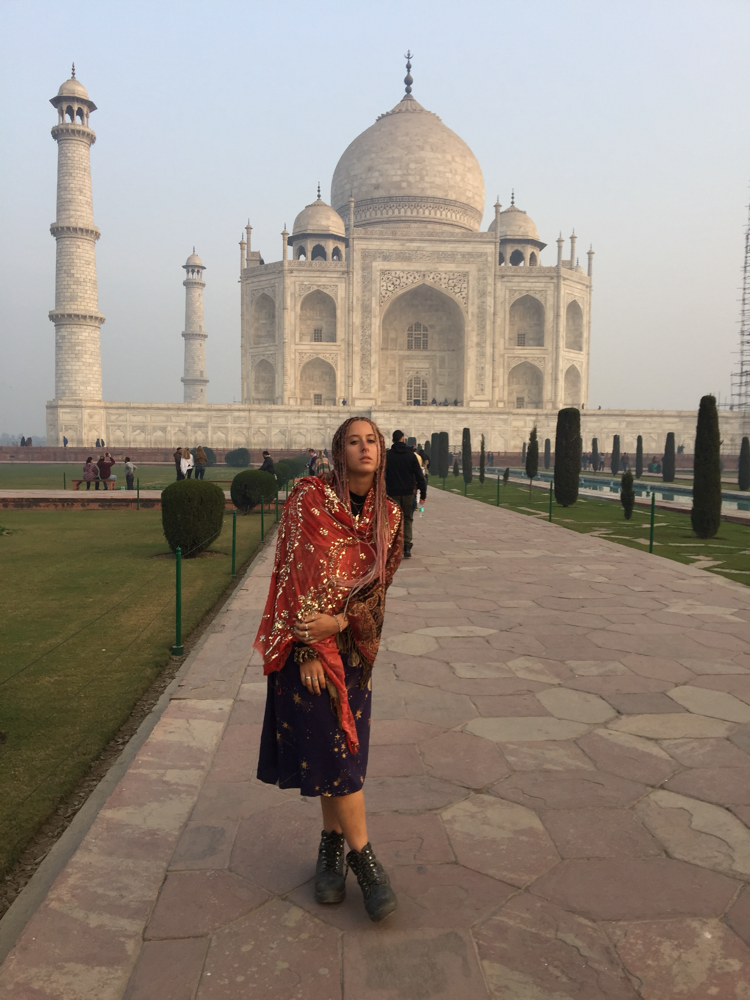 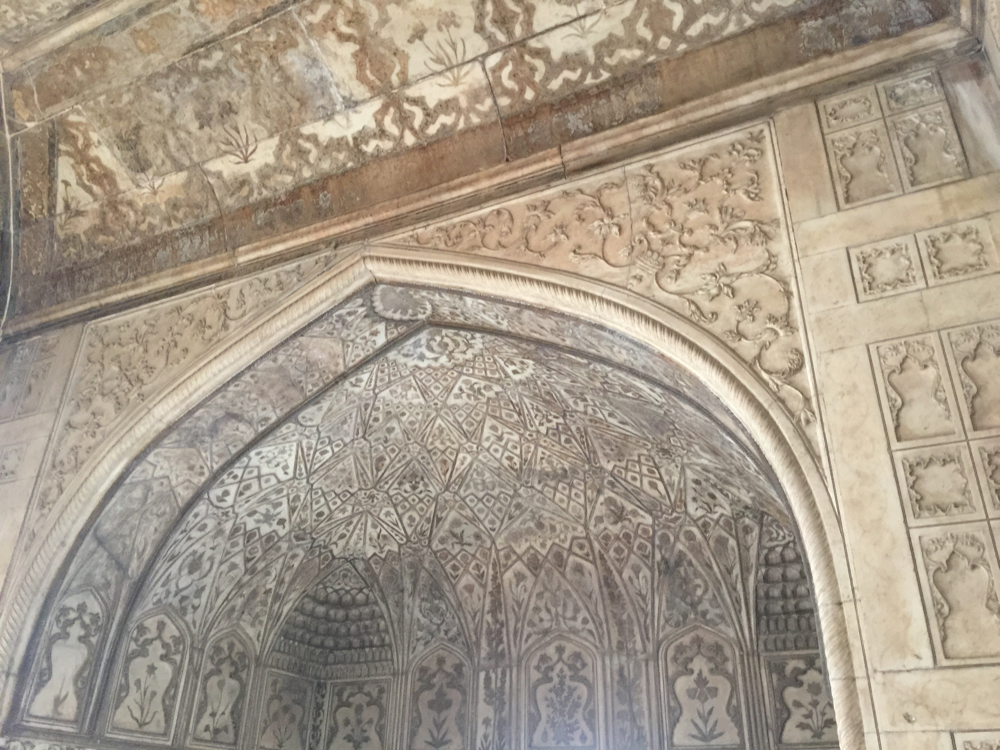 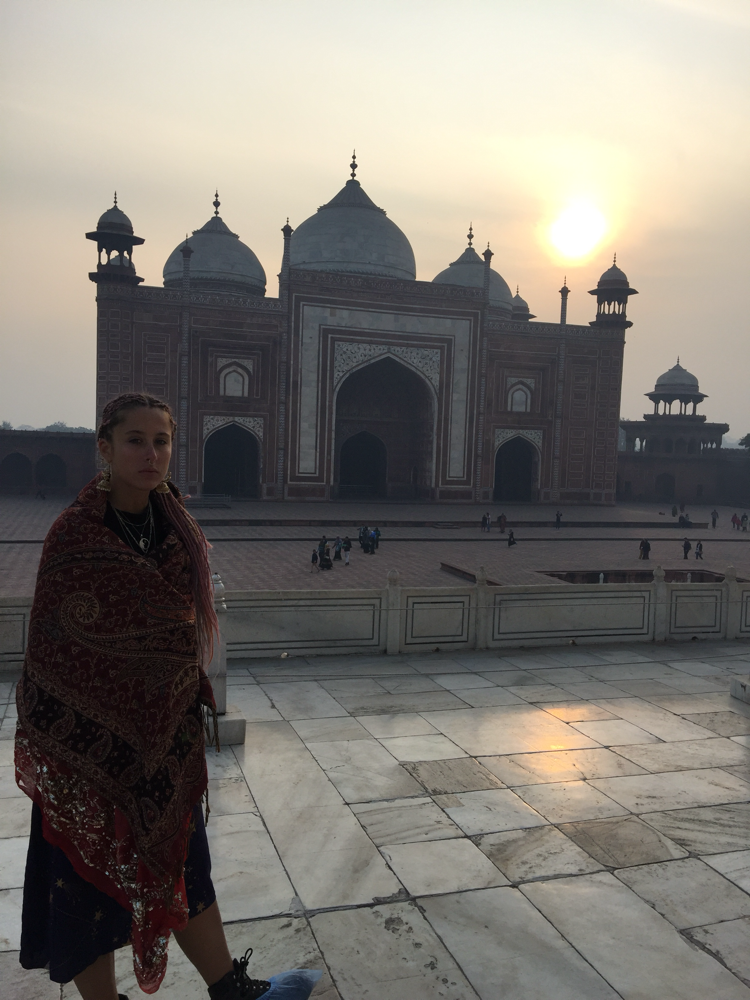 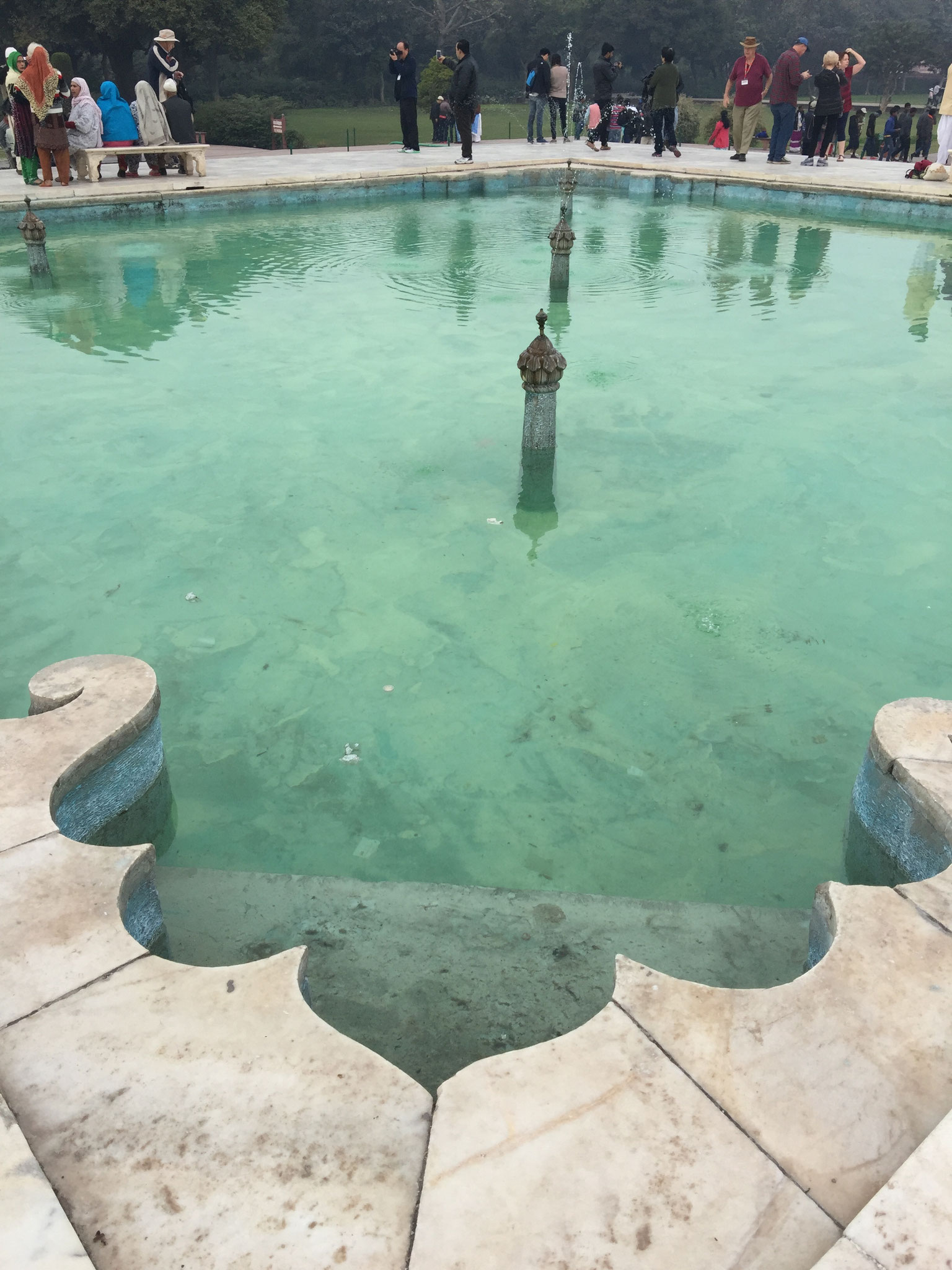 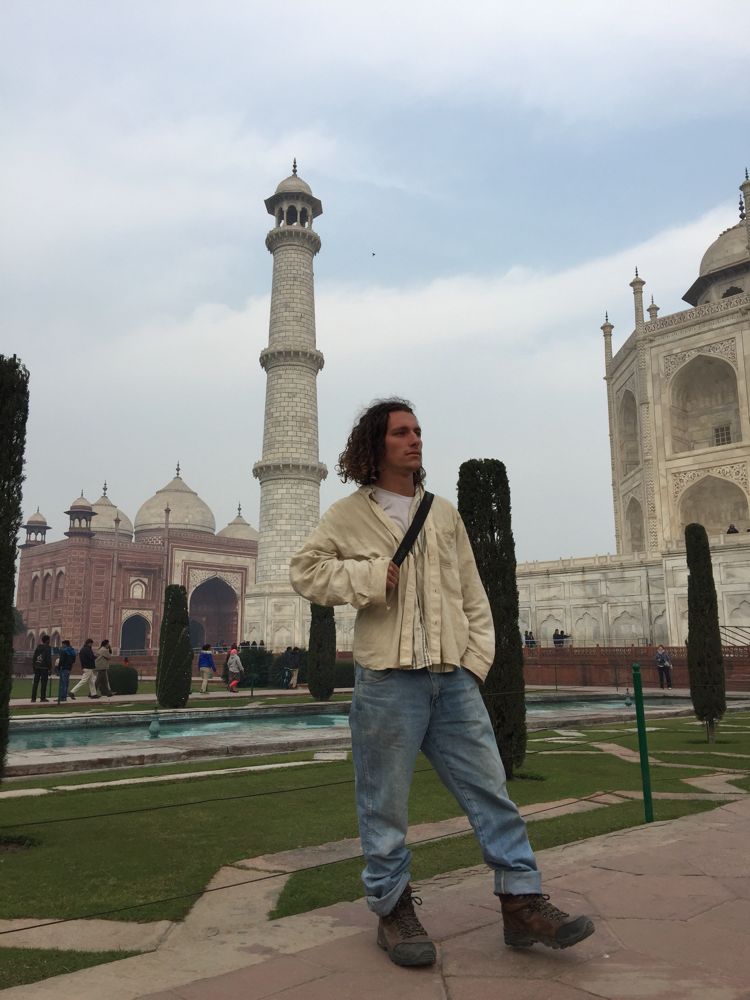 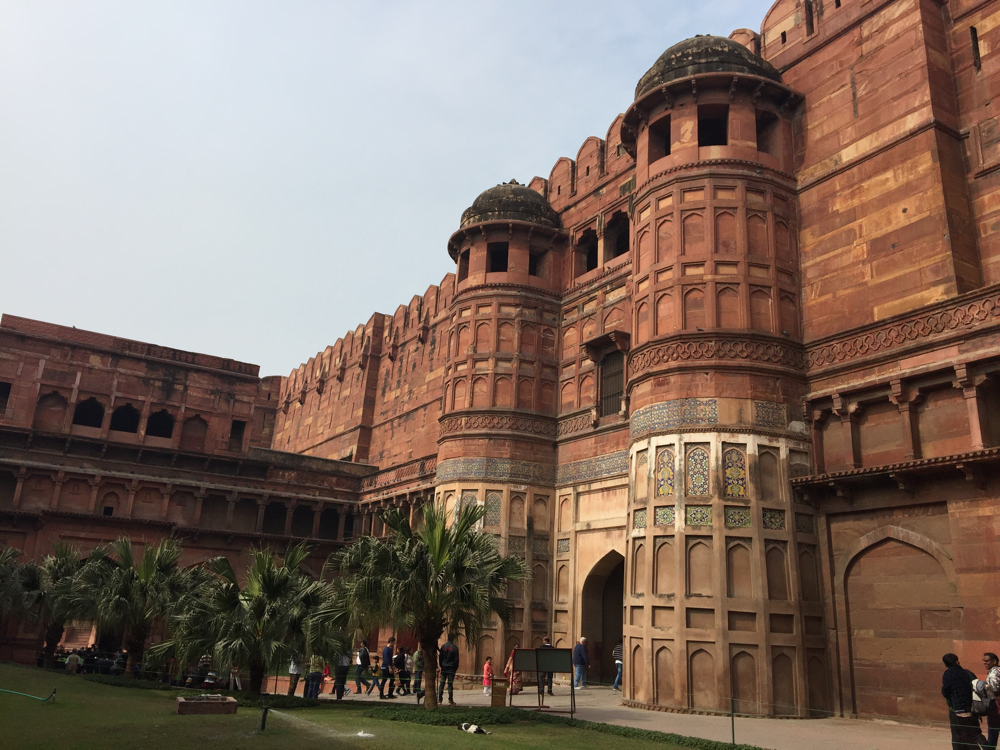 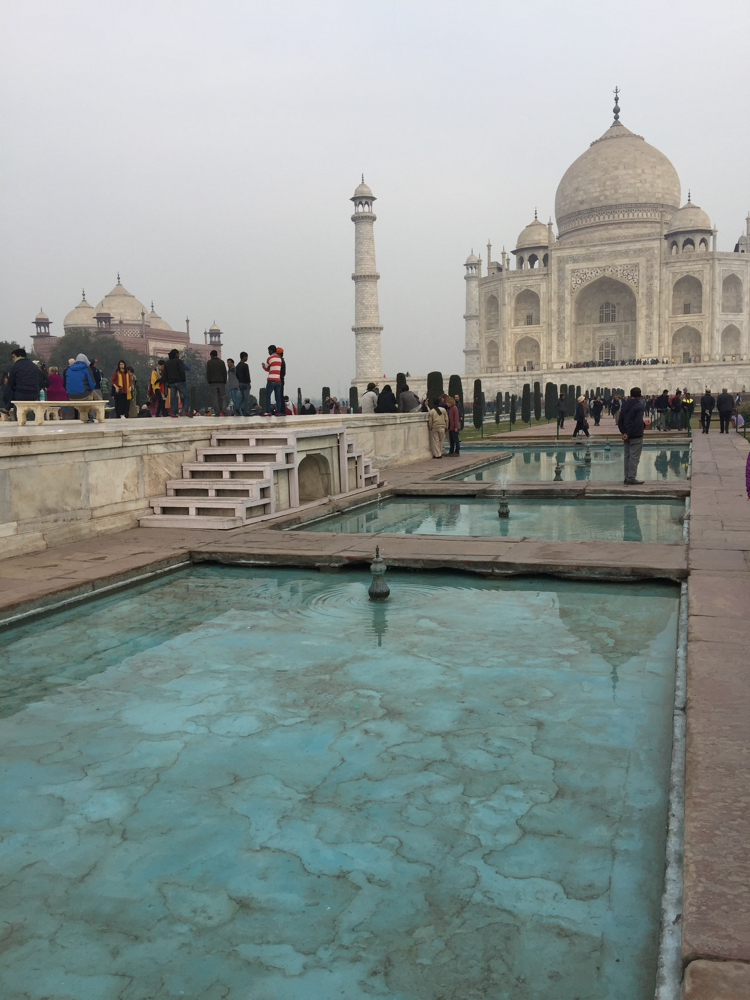 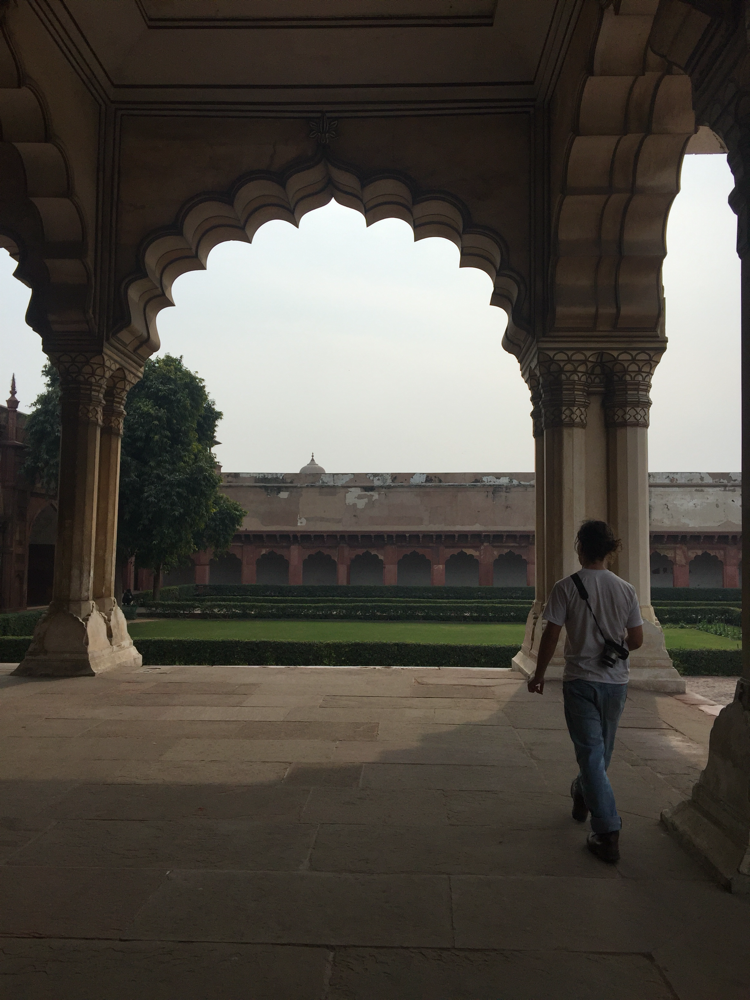 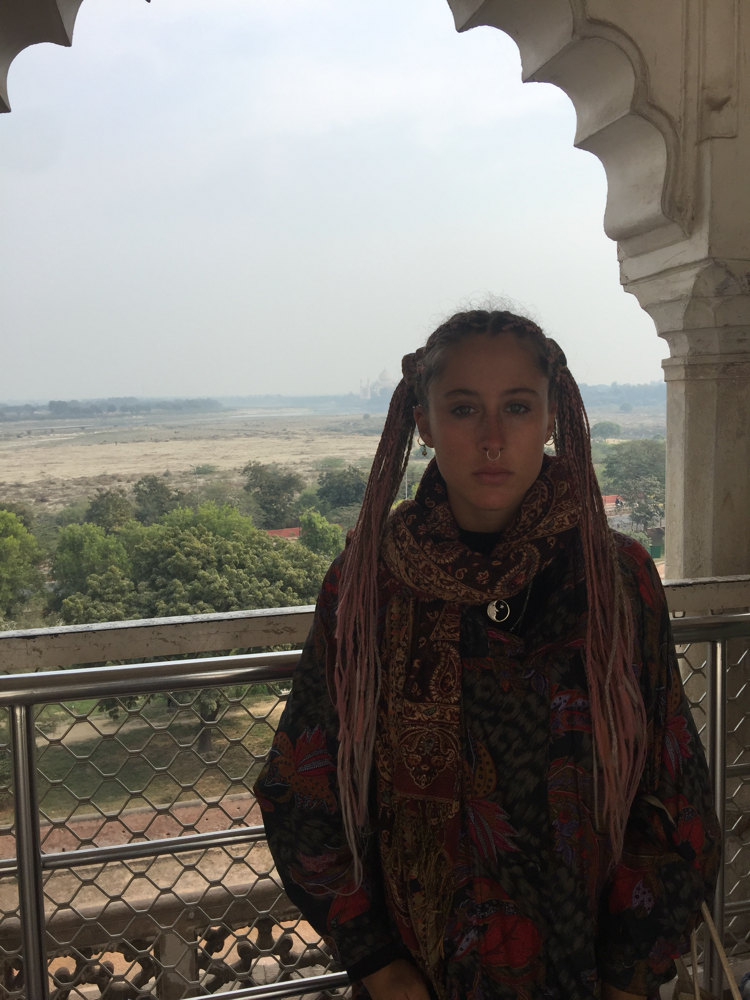 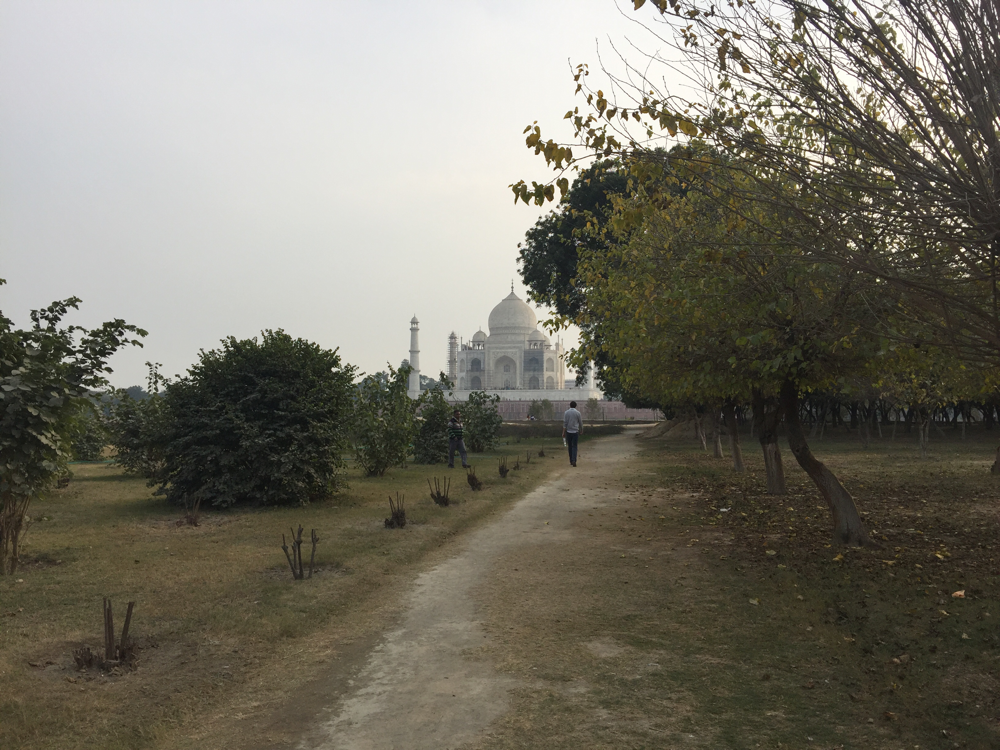 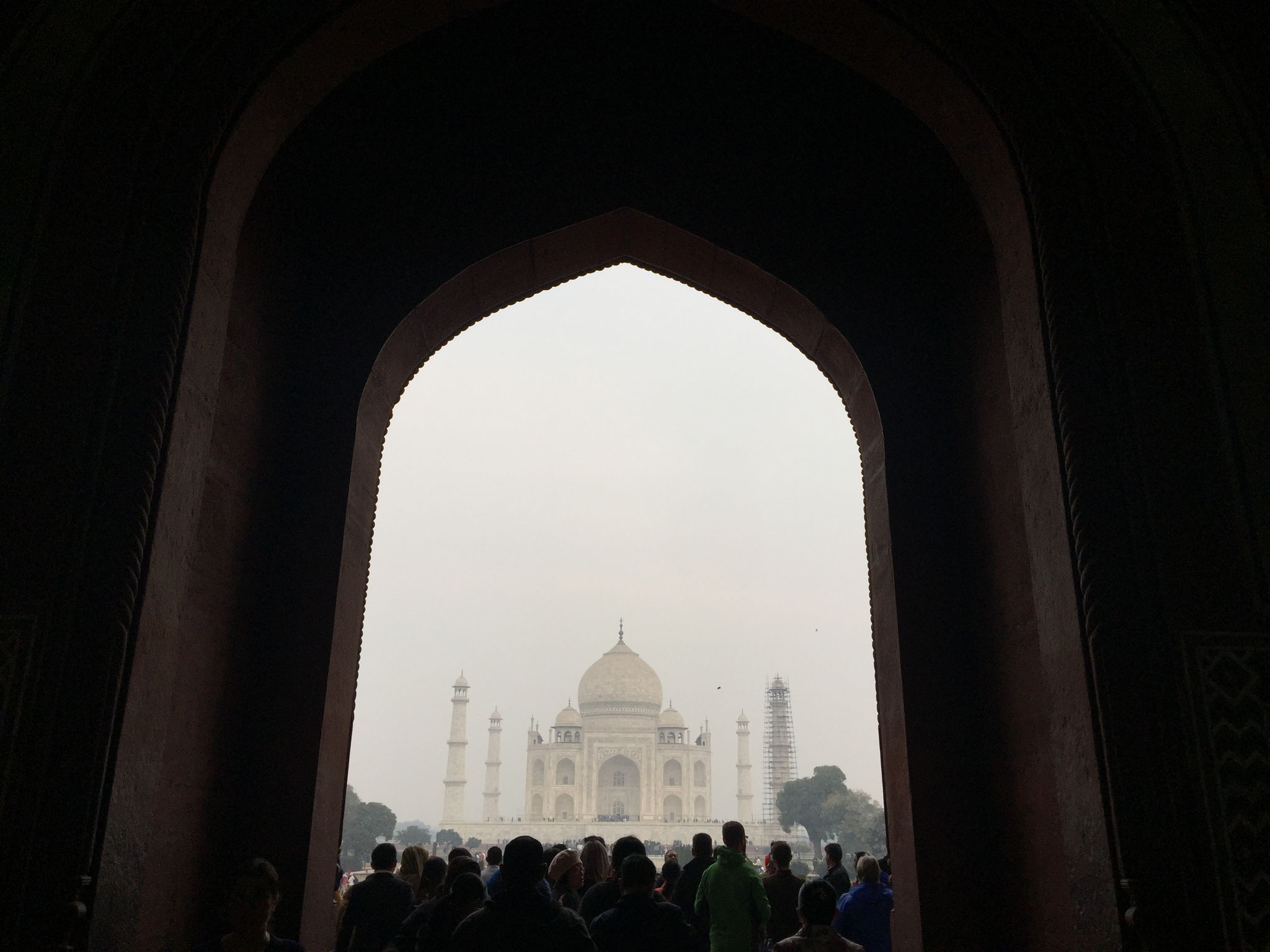