After spending a few days on the Gili Islands, Ebbs and I headed across to Lombok's mainland where we planned to visit Senaru and the Air Terjun Sindang Gila waterfalls and Kuta beach in the south. After what was probably the most illegitimate boat ride I have ever experienced (we were practically submerged the entire way) we made our way up into the mountains. The drive was beautiful, with Mount Rinjani towering over us every time it broke through the clouds. Senuru is the base camp town for the 3 day climb up the volcano (something we definitely should have done had we had more time). We arrived at our accommodation which was perched in lush jungle, on the edge of a cliff (monkeys included). From our balcony we could see the top of the waterfall we were trekking to in the morning in the far distance and butterflies fluttered around us; it wasn't bad at all. The sunset here was incredible, we sat and watched for about an hour as all the colours around us changed and merged together.

We were talked into paying one of the guides who ran the homestay $7 each to take us down to the waterfall the next morning which is something I would usually never succumb to, but we were pressed for time and I hadn't been able to find much information on the internet about the falls so I was impressionable!!! He basically told us that without a guide we will get lost and miss our transfer/not find the falls at all... which was a ridiculous lie... unless you were blind and/or purposefully trying to get lost you could not have strayed from the path.

We got up at 6 and packed all our things and had breakfast before leaving for the falls at 7. The path was pretty much paved the entire way, up until a river crossing. But even after that it was obvious because so many people had walked on it. As much as I tried I couldn't help being pissed off as we walked along, knowing that i'd been tricked by this man. It wasn't the money that I was irritated about but more that instead of Ebbs and I having the whole place to ourselves (which was why we went so early) it was be Ebbs, me and the Indonesian man that tricked us... ANYWAY

The waterfall was out of control. The most amazing thing I have ever seen and probably will ever see. It was so much bigger than I could possibly describe and so loud. I think 'all encompassing' is probably the most fitting term. The colours were vivid and you got soaking wet just standing near it from all the spray that flew up. You can't really swim under it because of the extreme strength of the water that creates a whirlpool underneath and the water was freezing as well. We stayed for about 2 hours, just watching and throwing rocks etc.

The walk back was cold because all my clothes were wet and the sun was still behind the mountains so we were all in shadow. We got back, showered and changed and then left our bags at the homestay before getting some food at a nameless, excellent (but slow) restaurant down the road for $4.

Information on Lombok is fairly scarce and working out how to get from A to B was our biggest challenge of the trip (and where we spent the most money).   We spent an hour on our last day in Gili walking from tour company to tour company trying to find the cheapest deal for a transfer. We ended up paying $20 each (which was a considerable come down from the original $70 each) for a private transfer from Gili to Senaru (including the ferry across). Obviously we didn't need a private transfer but there are no group shuttles to Senaru because of how small it is so it appeared our only option. Once we were off the boat in Lombok our driver took us to his shop and we organised our transfer from Senaru to Kuta for the next day (also private) which cost $30 each.

In hind-sight, although the transfers were convenient and easy, they were pretty expensive and a little stressful to organise (because of how much money they were charging). If you have time, I'd recommend hiring a motorbike and navigating your way from town to town for a few dollars a day. The distances aren't that far (max 2 hours) and the roads are fairly obvious and safe (plus motorbikes are ALWAYS more fun).

Directions to the falls

We were tricked into taking a tour to get to the falls and as you can tell this really bothered me. 9/10 times in any travelling situation YOU DO NOT NEED A TOUR. So yep, please don't fall for all the insisting about how dangerous/complicated a trail is or that there is a secret route you must take because this is never the case and you will be paying for nothing but unwanted company.

In order to have the falls to yourselves I recommend not going on a Sunday (because that is a public holiday/rest day and lots of families come here) and aiming to get to them at around 7.30am.

Be prepared to get absolutely soaked whether you swim or not. The mist/spray from the falls had Ebbs and I drenched in a matter of minutes. (plastic bags for cameras and things are a good idea also)

Do not swim directly under the falls as the current is stupidly strong and the force of the falling water has created a whirlpool that several people have died in over the past few years.

As for getting to the falls;

The main entrance is off the main road and is signposted (with photos) very obviously. There is an entrance fee of a dollar or two which we didn't have to pay because it was 'included in our tour'. The walk down to the first falls is ridiculously obvious with hand railings and a big picnic area surrounding it. These falls are nothing special in comparison to the main ones so don't waste too much time here. To get to the main falls walk back up the path you came down until you reach a small path leading off to your left. Follow this path (again it is very obvious) and cross the various bridges until you reach the river crossing. The river crossing is nothing intimidating... the water wont be any deeper than your ankles and the path on the other side is pretty clear. Once you've past that you're pretty much there. YEP it was that easy!!

If you are worried about time, give yourself an extra hour than originally planned in case you get lost (you wont). The walk in from the main path took about 10-15 minutes.

On your way back follow the path back to the main stairs and then instead of going all the way up the way you came down, you can follow an alternative route called the 'sky walk' or the 'panorama walk'. The entrance to this path is also obvious if you're looking out for it and is at a corner on the stairs (this will make sense when you are there) The path follows a weird man-made stream thing so you'll know if you're in the right place.

I hope these instructions are clear!!

We stayed at the Pondok Guru Bakti Cottage for 1 night.  I booked it through booking.com the day before we arrived and it was actually pretty expensive.  $35 a night (which in Asia is pretty silly) however it had an amazing view over the jungle and the mountains and was a great walking distance to the waterfalls so we didn't complain.

Our bathroom was infested with mosquitoes (i'm talking thousands) so Ebbs and I only went in there to pee and didn't shower because it was genuinely scary (especially because malaria is rife in Lombok). We survived!

If we hadn't booked this acom before we arrived it would have been cheaper because the only option available on booking.com had a hot shower (which we didn't even use because of the mosquito situation). So when you arrive if you haven't already paid online (which is usually the case with booking.com) make sure you ask for the cheapest room the have and you'll probably save a substantial amount of money. 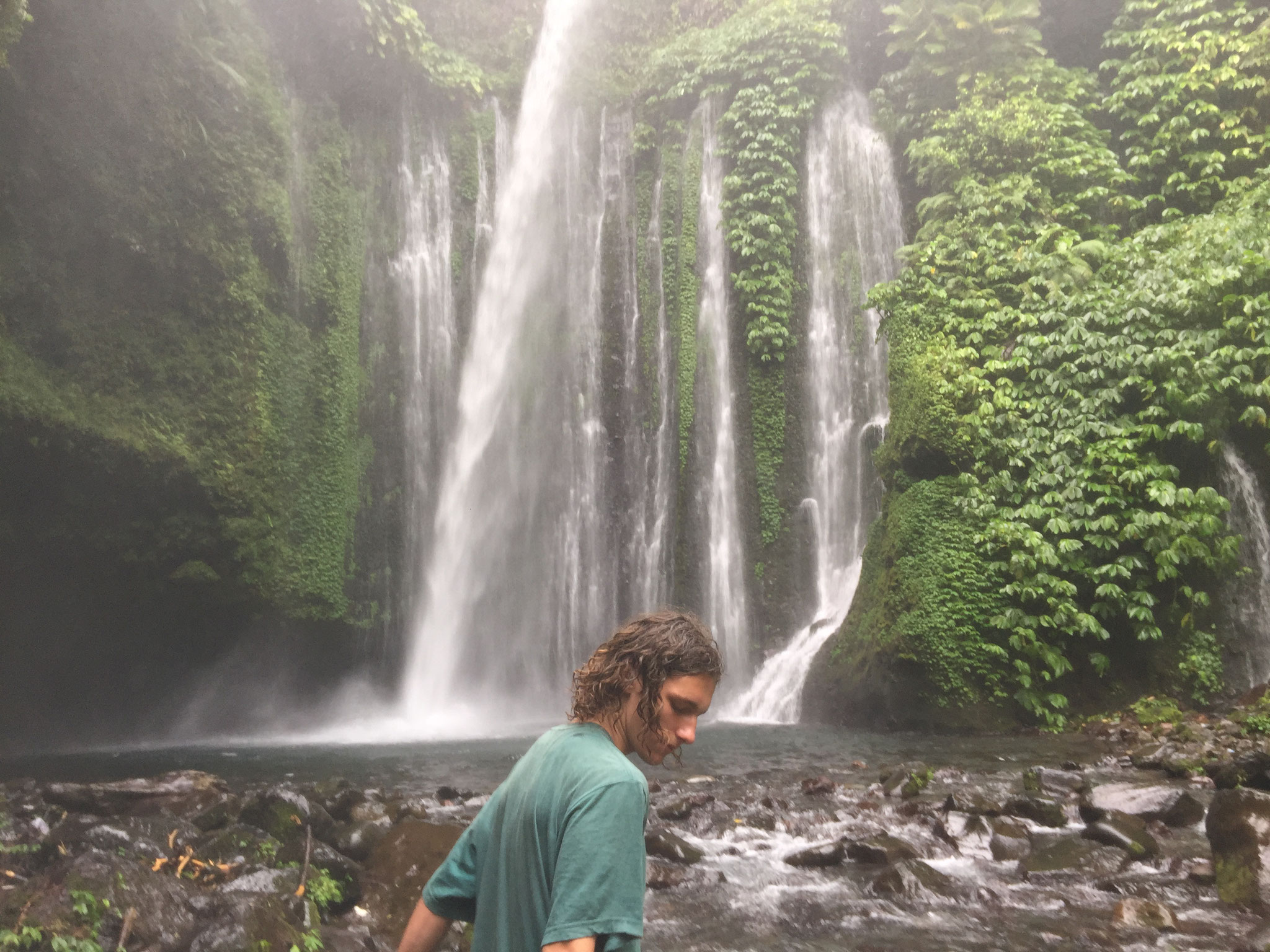 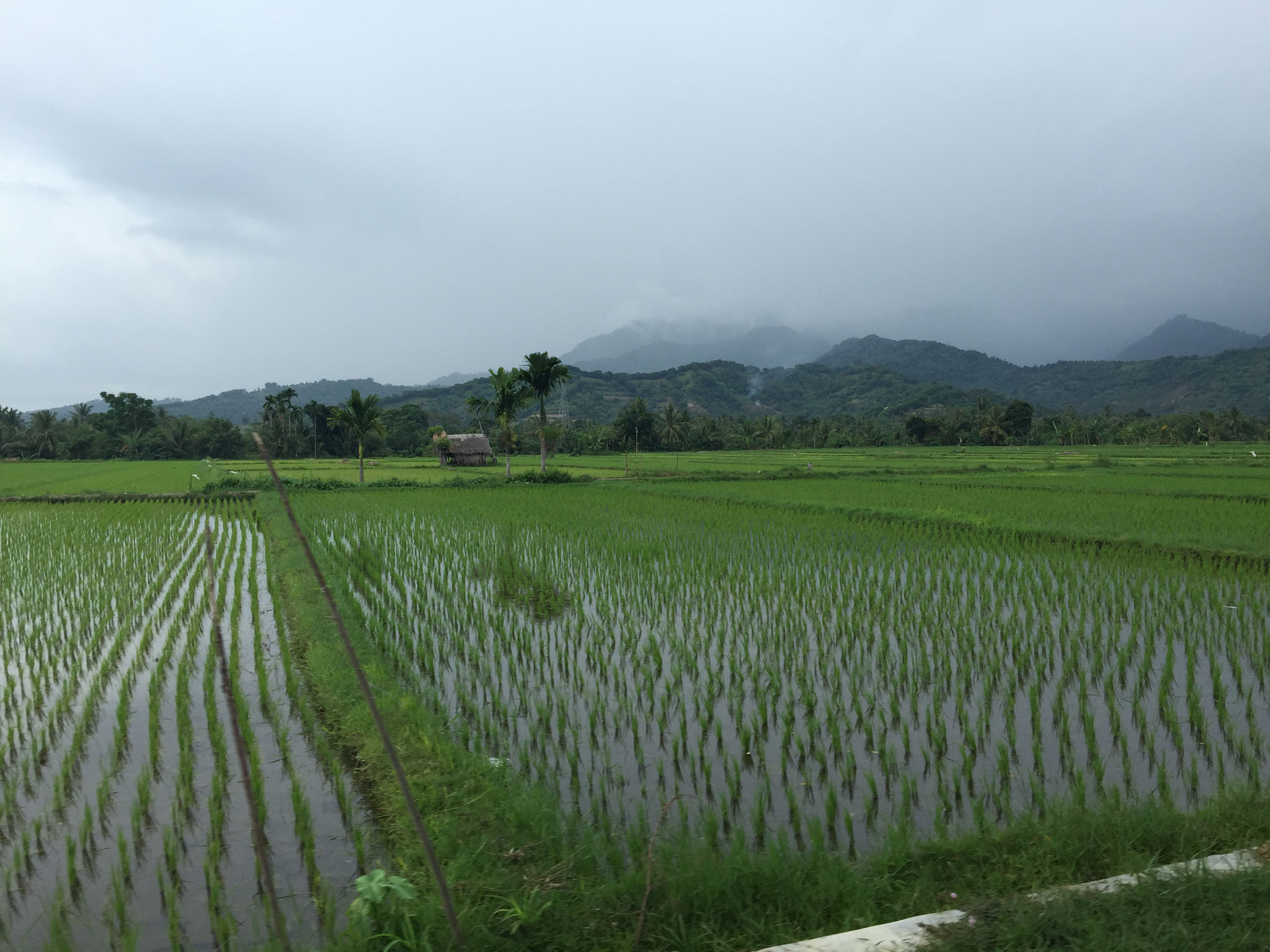 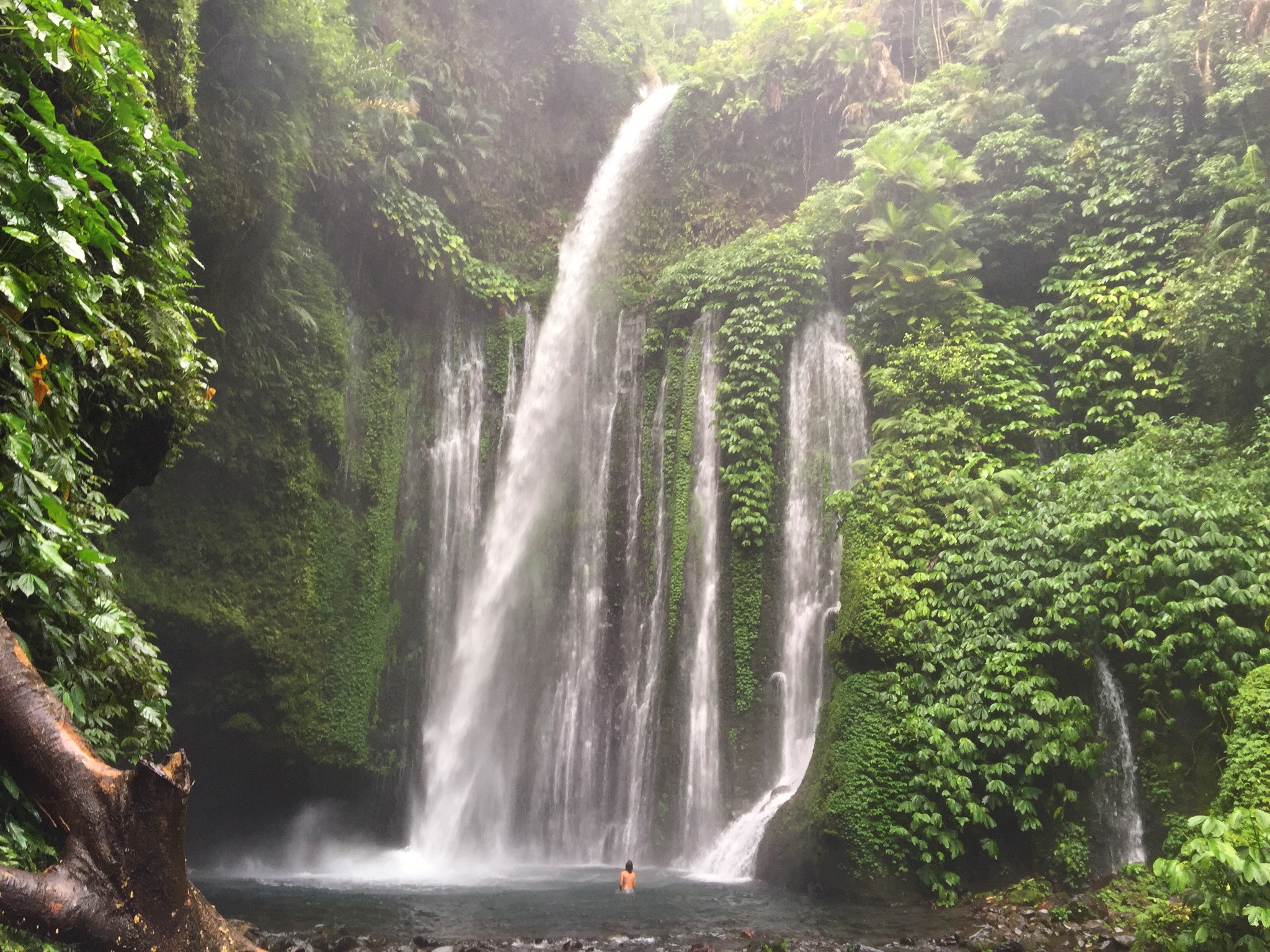 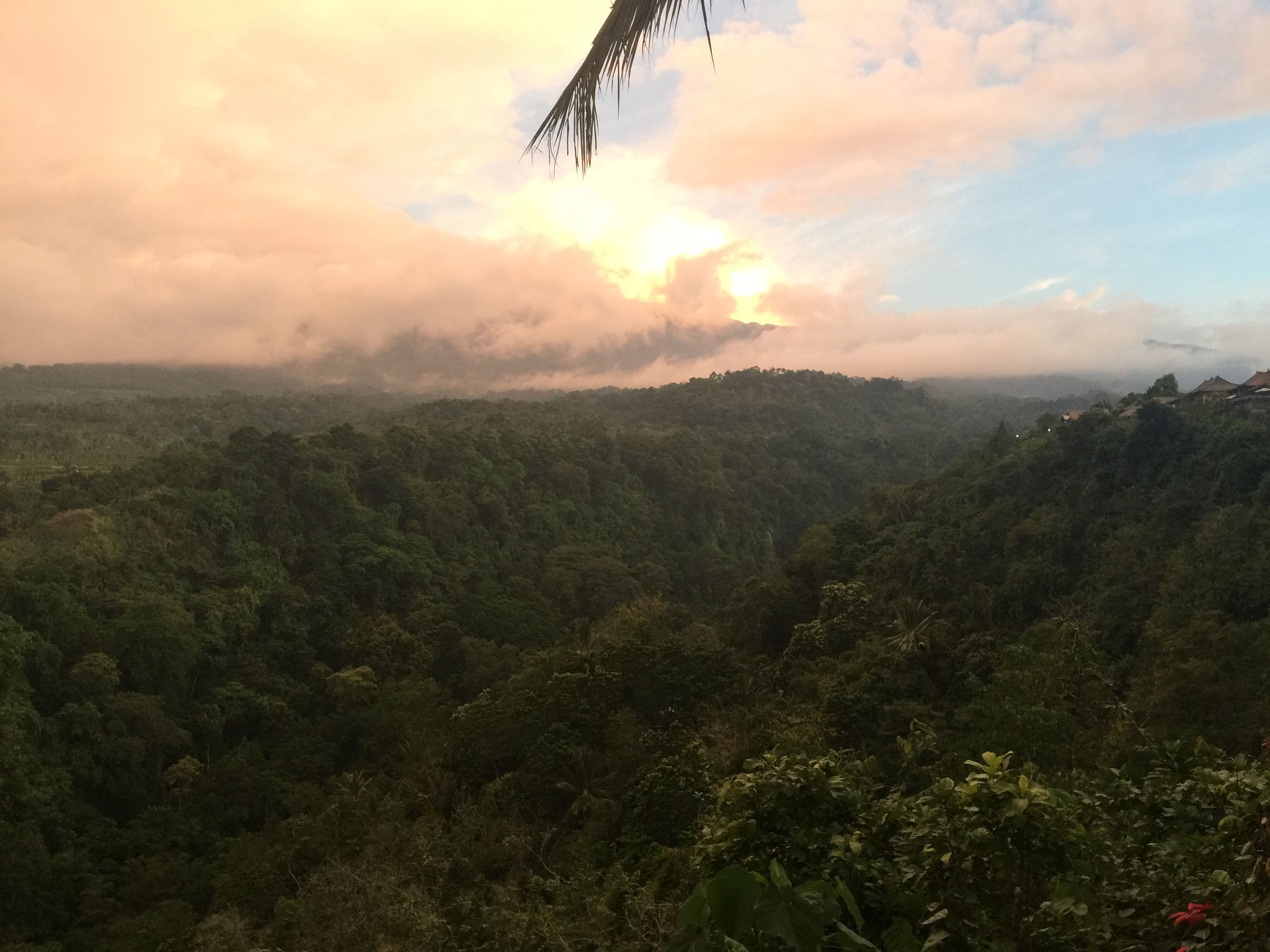 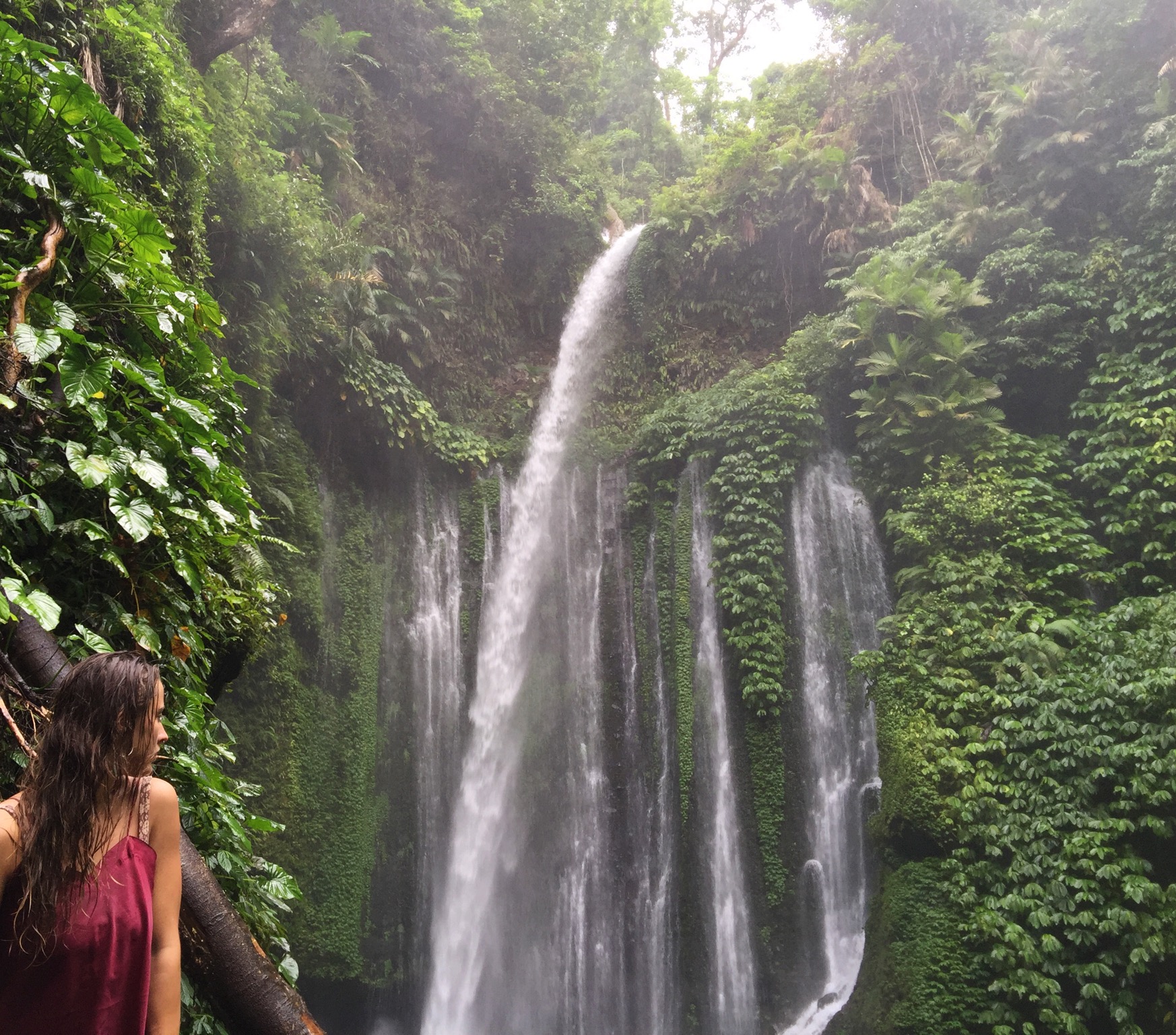 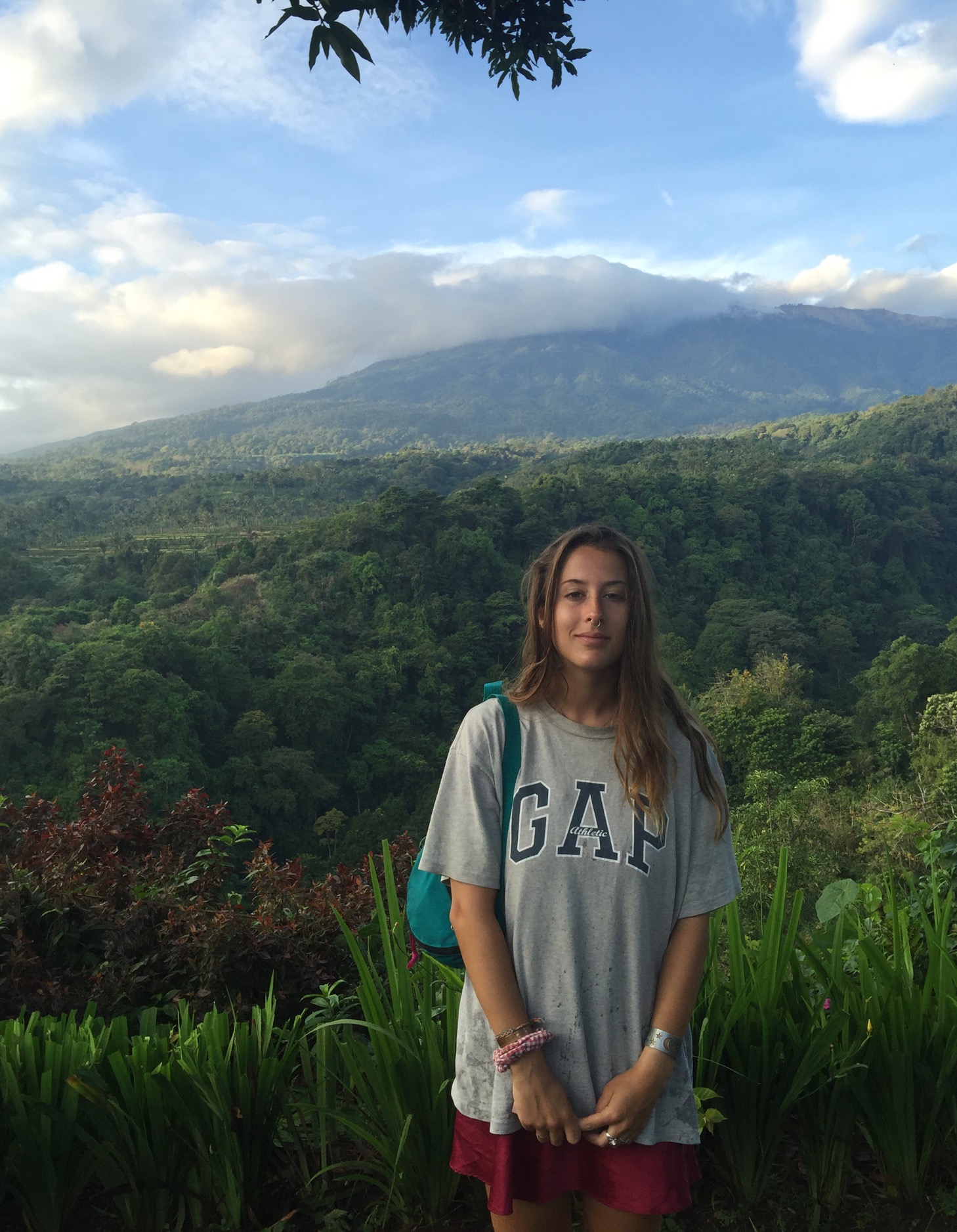 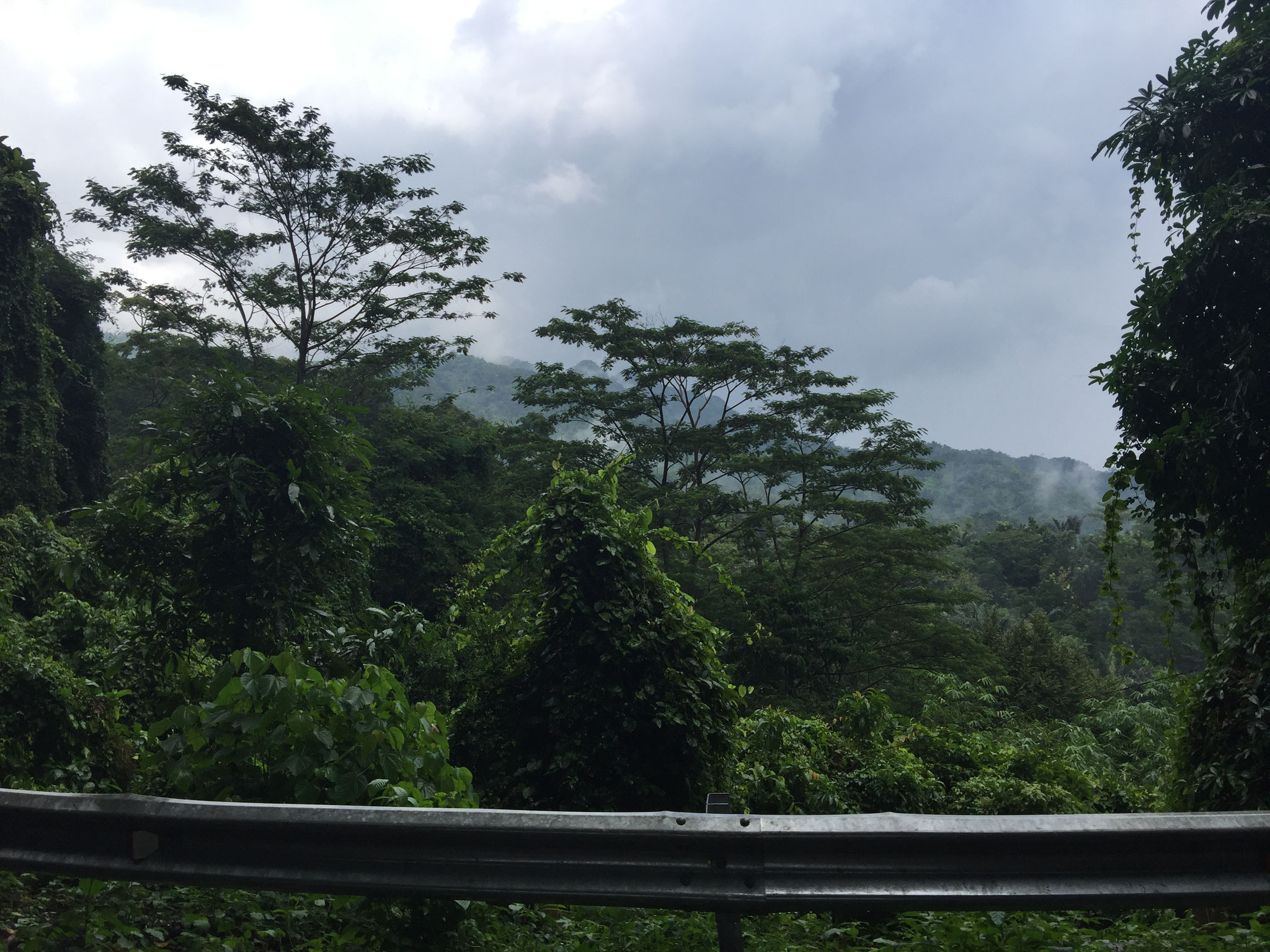 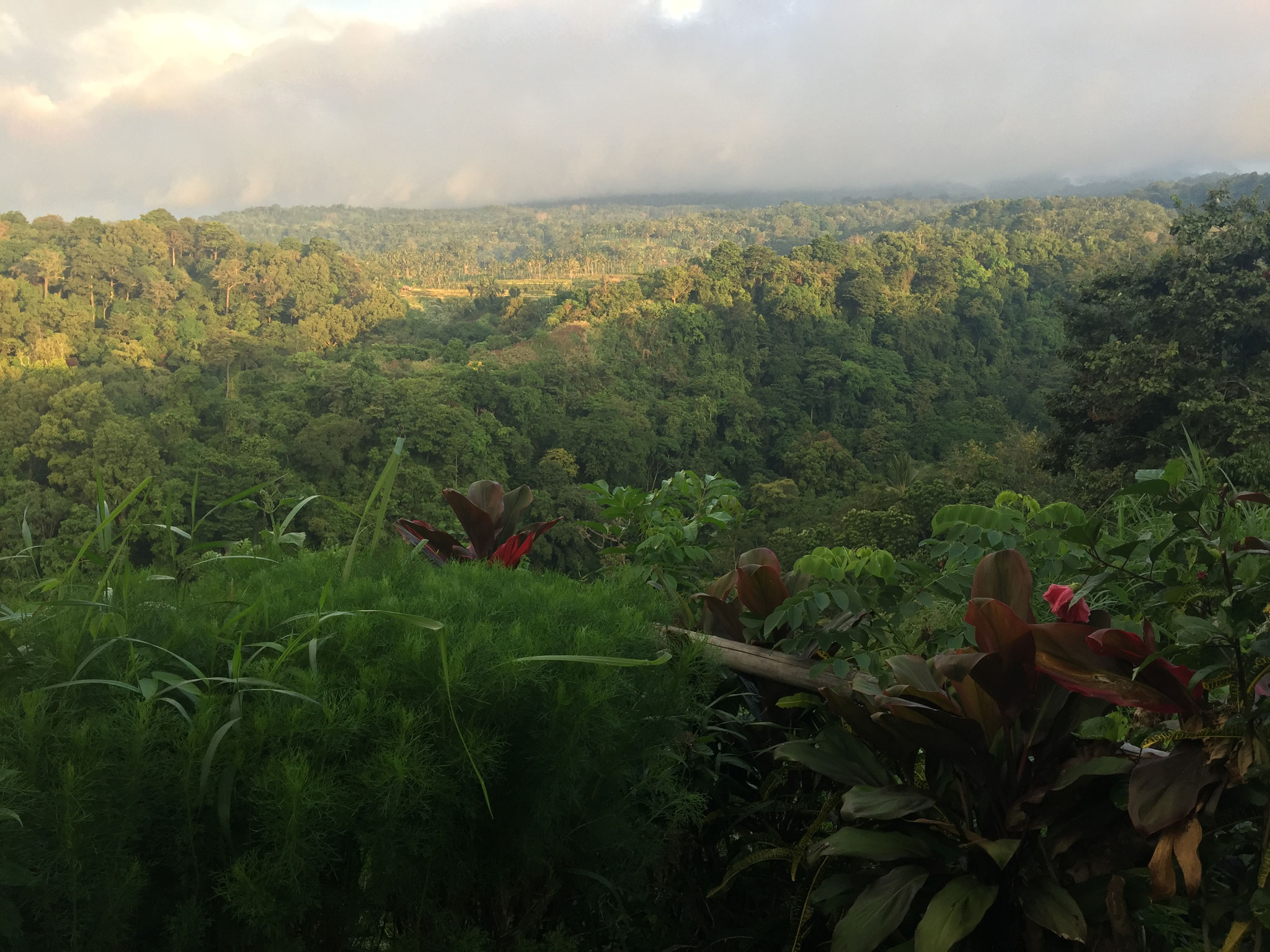 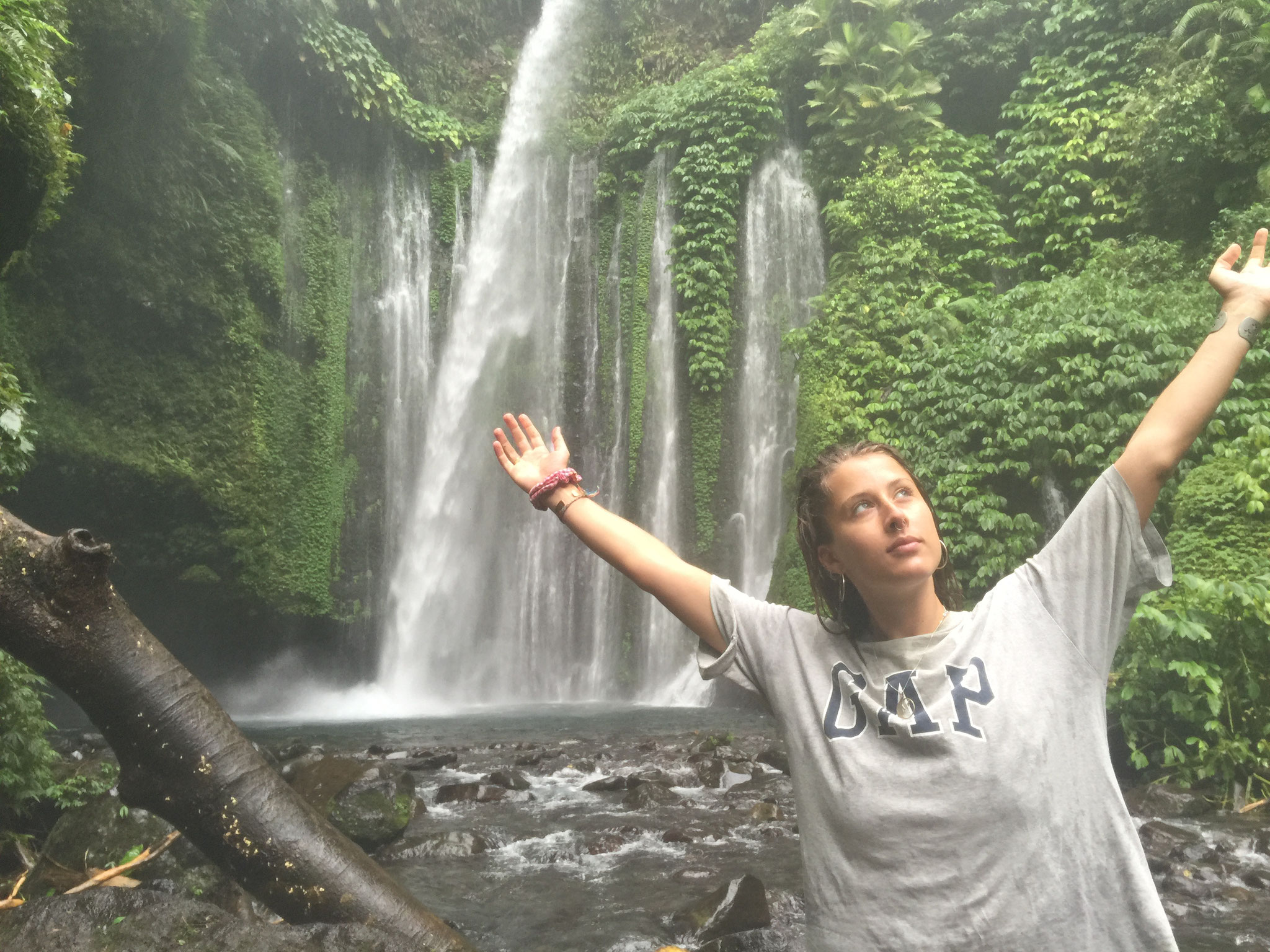 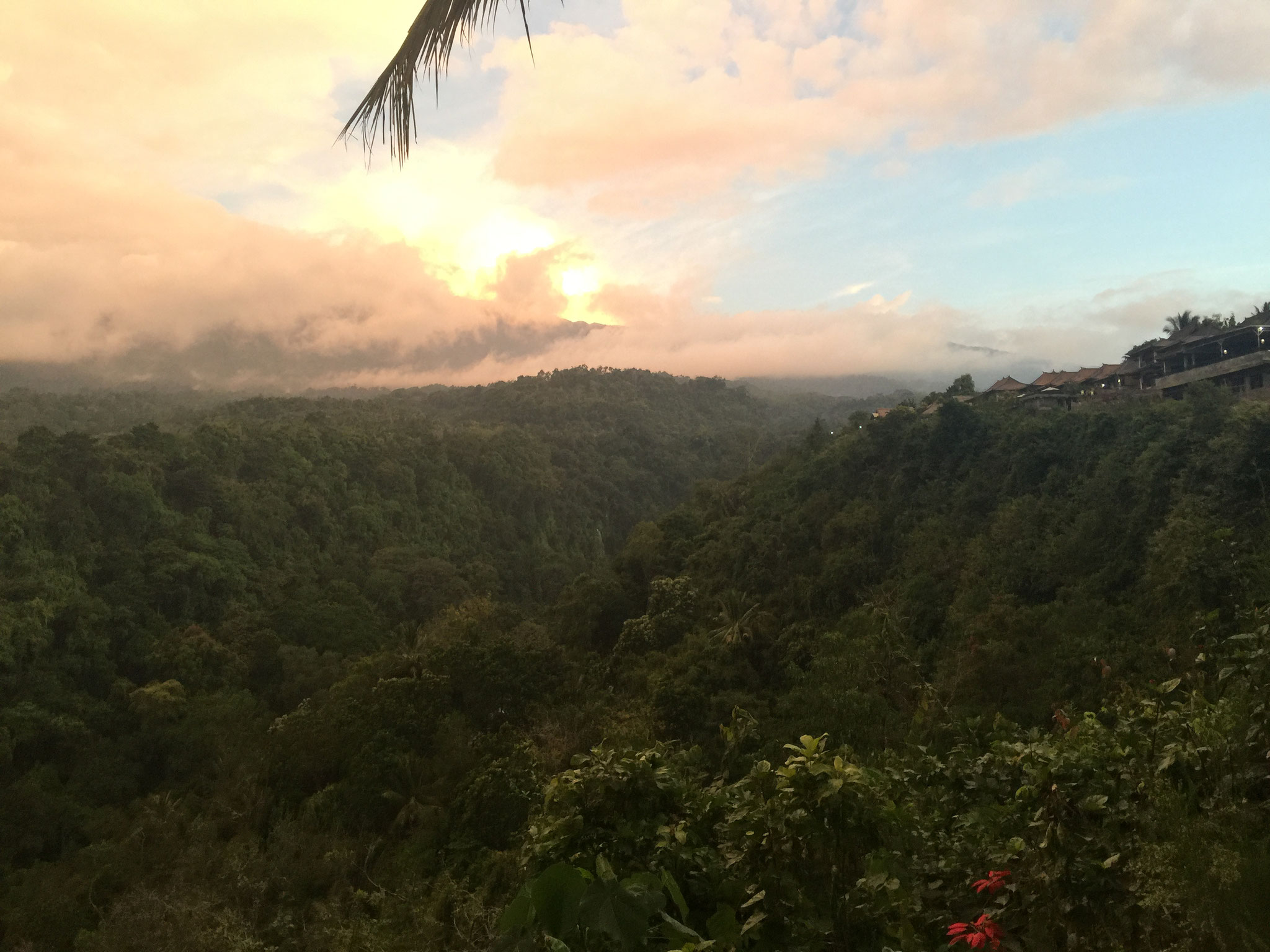 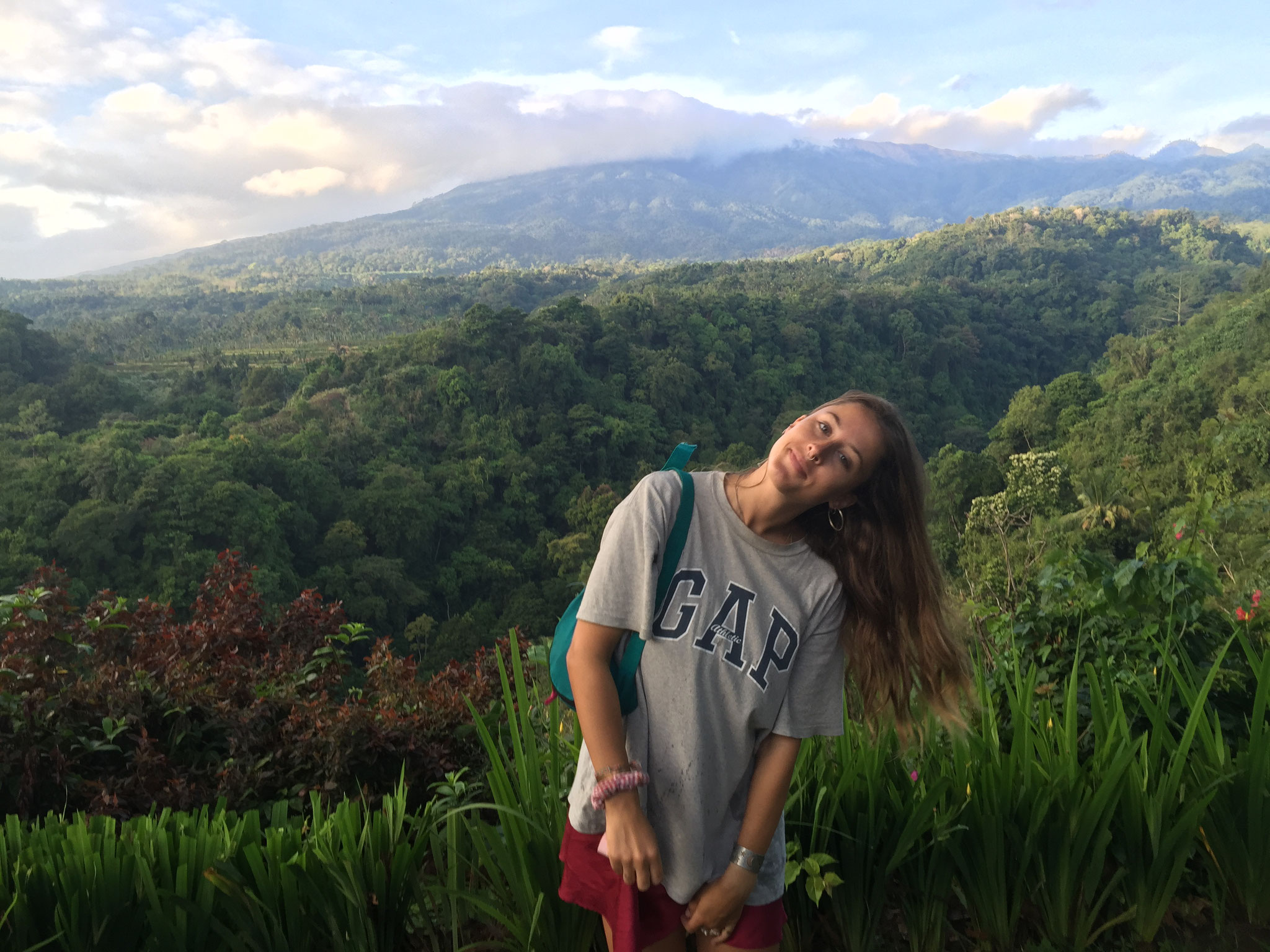 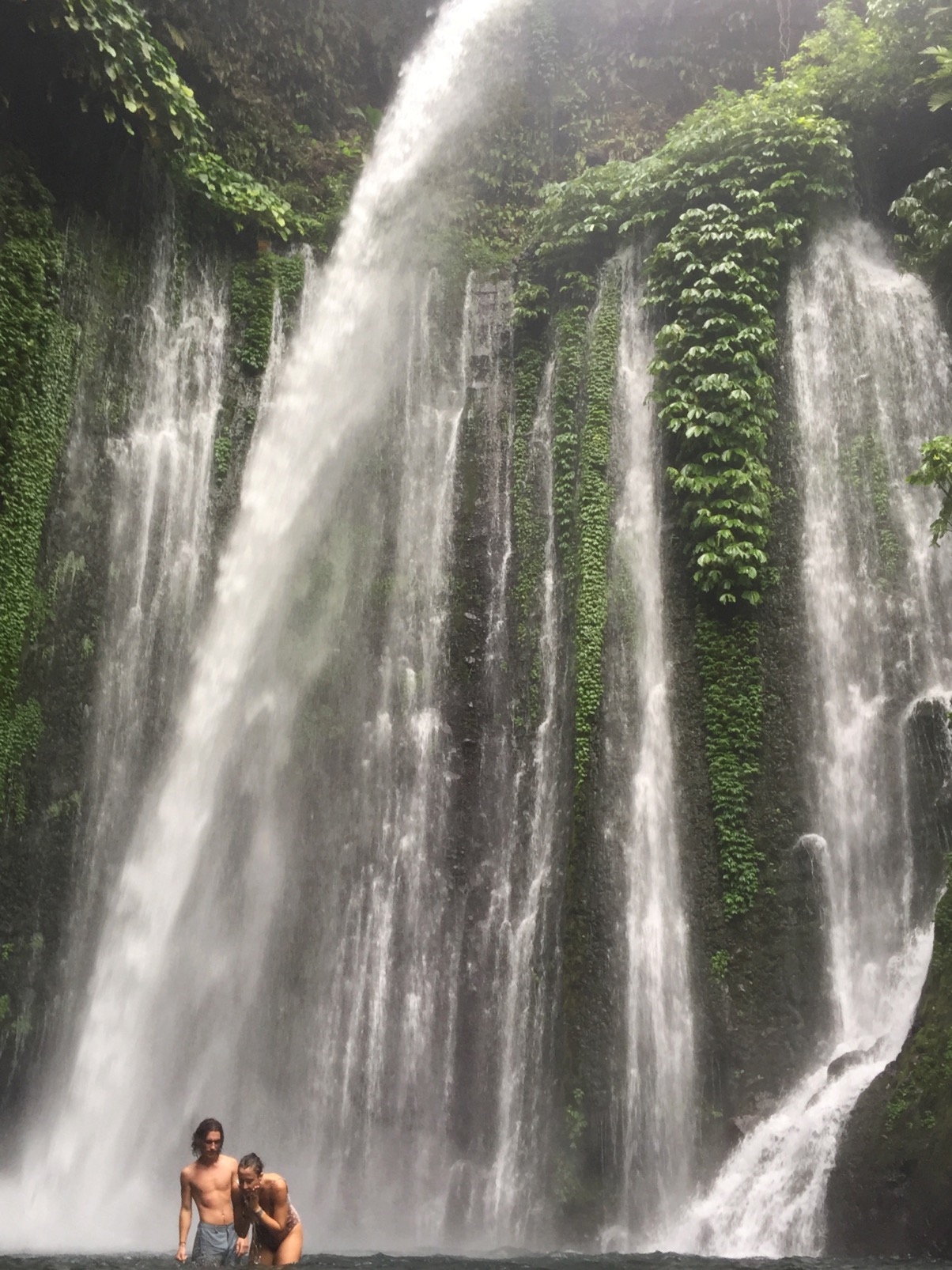 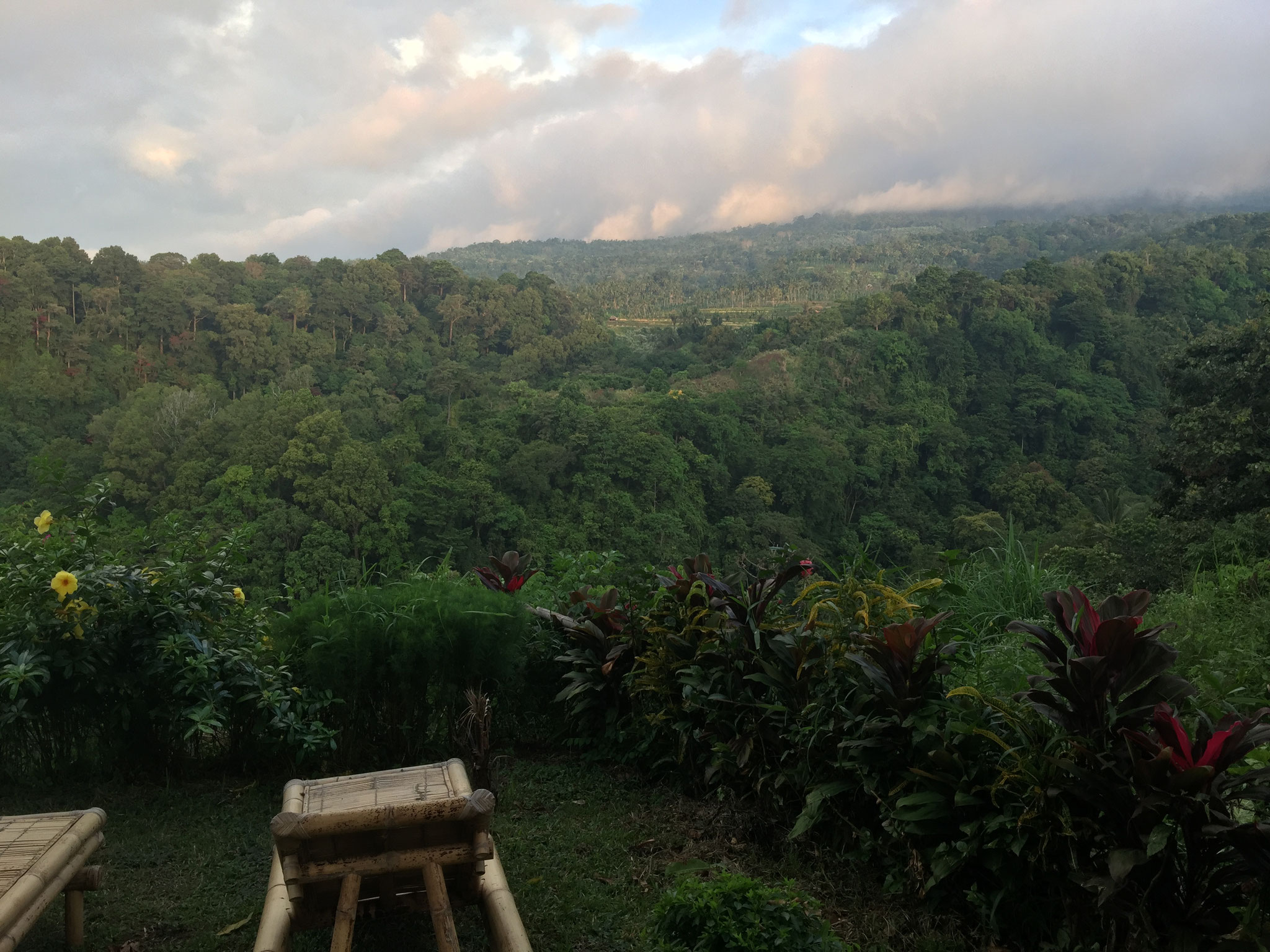 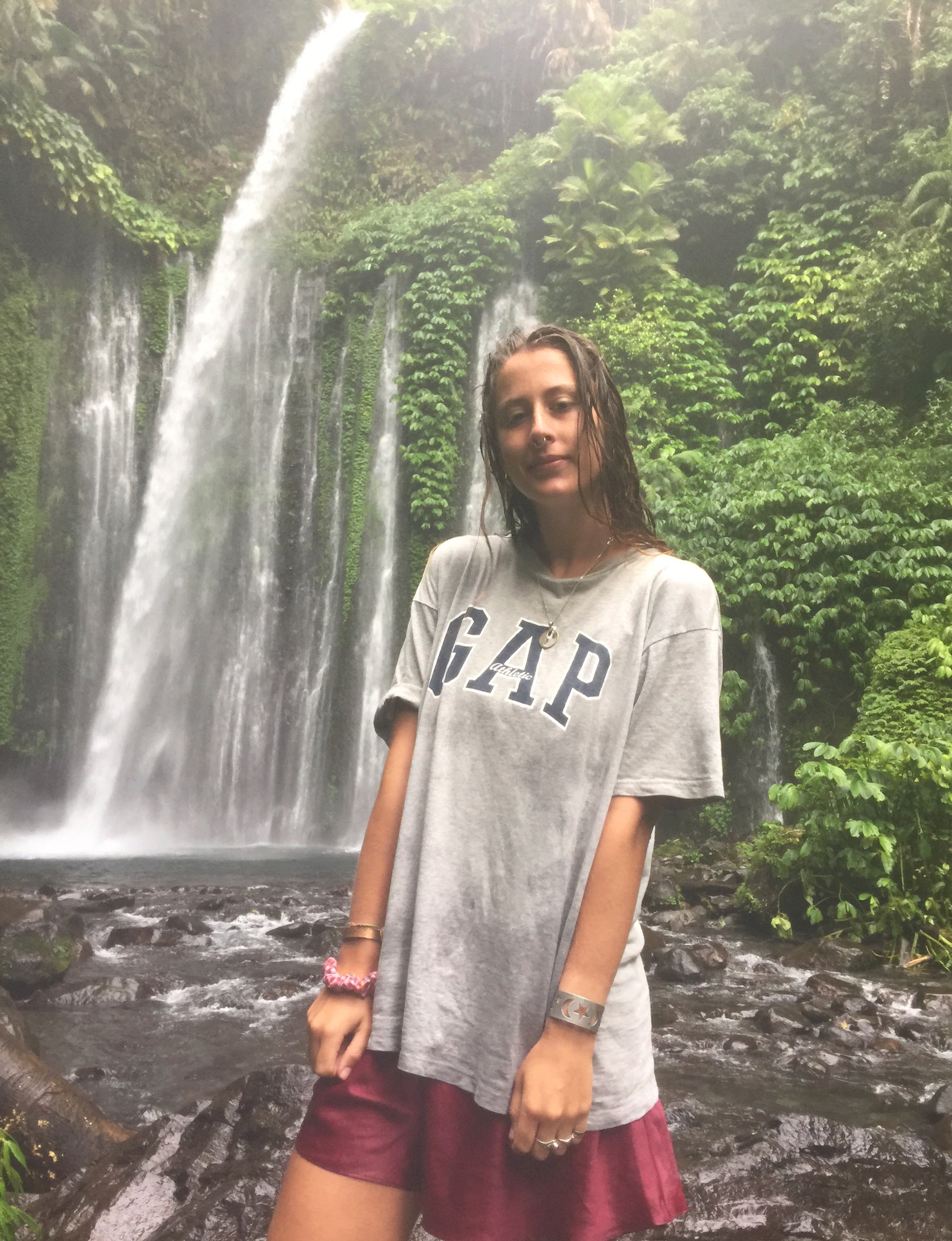 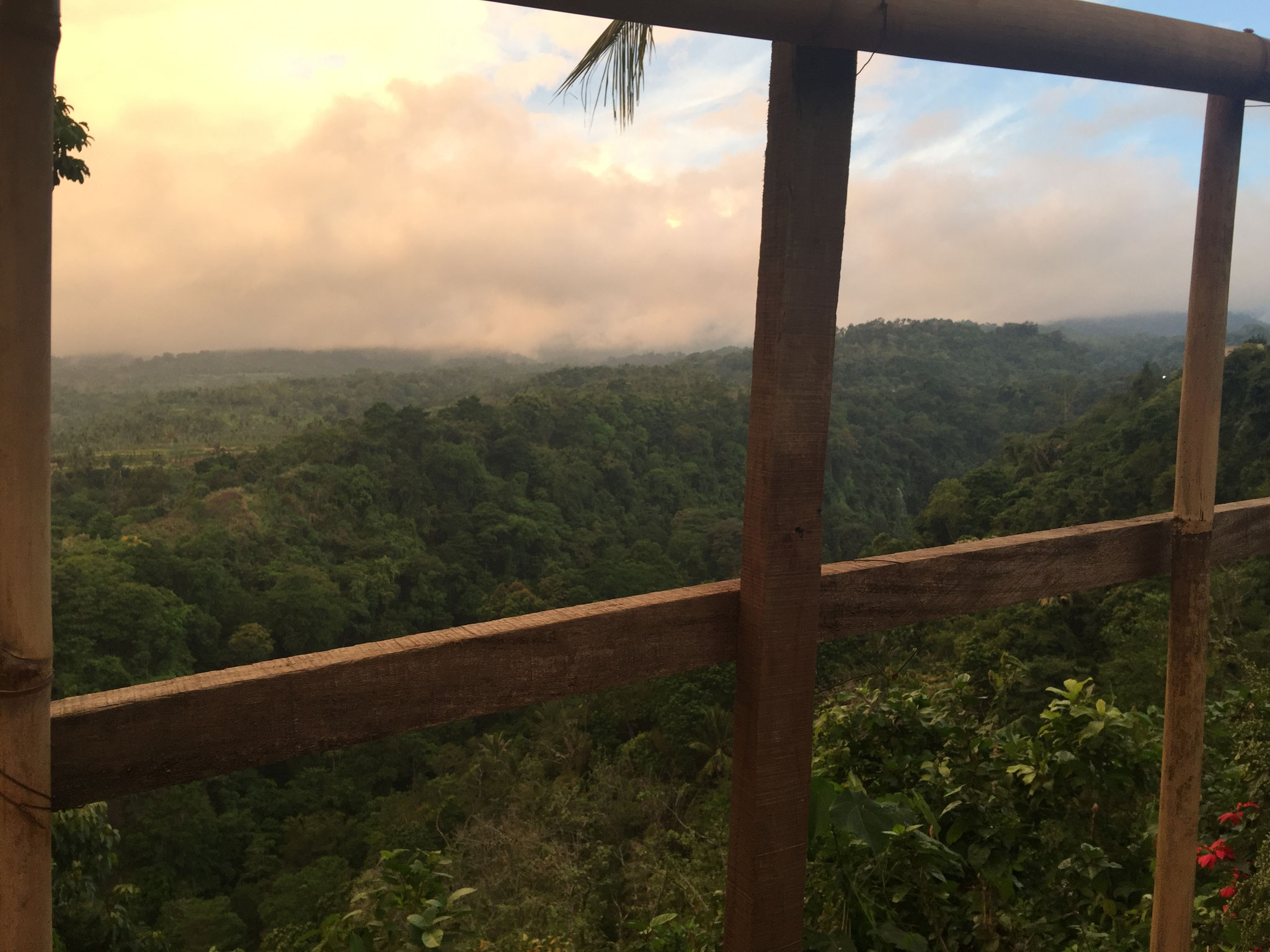 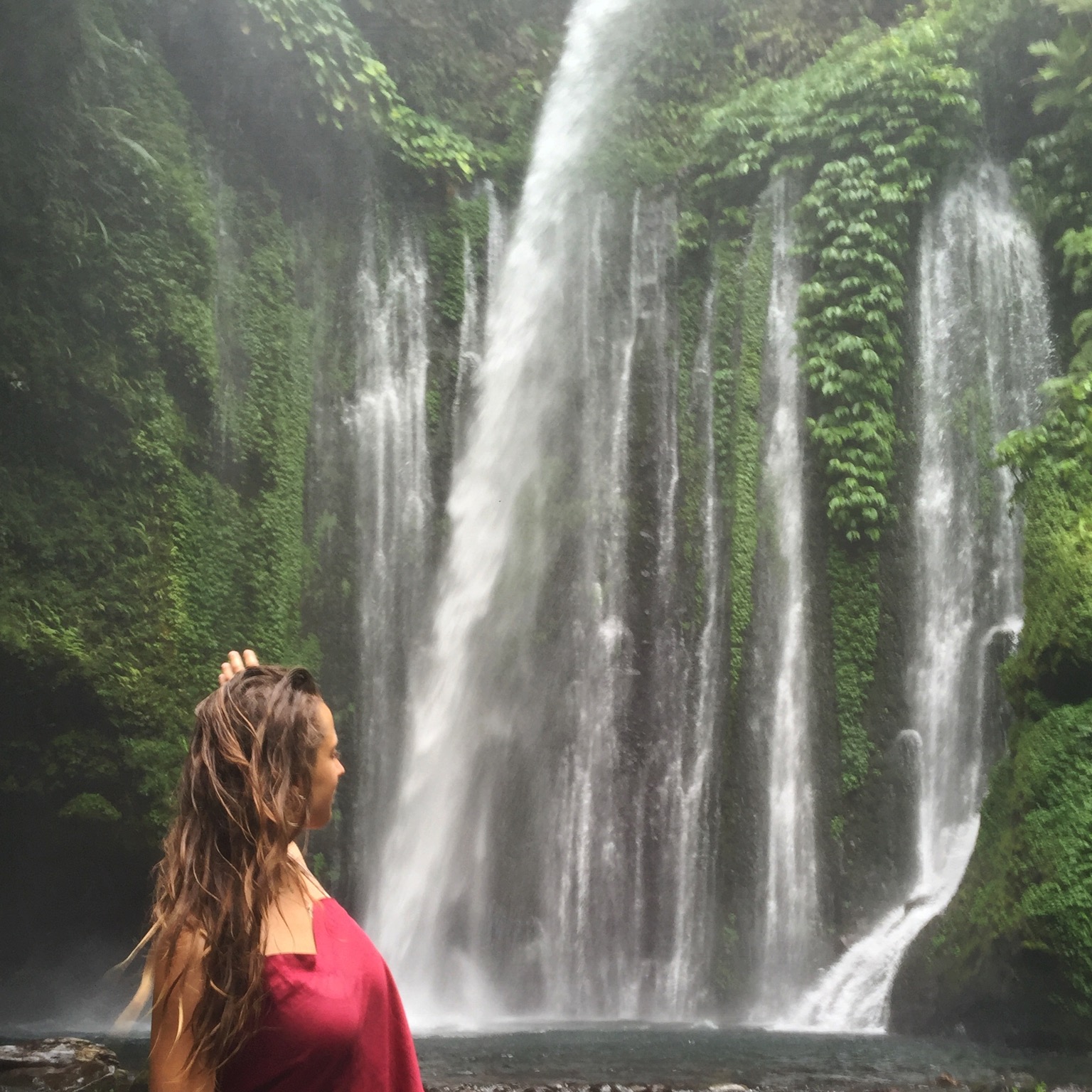 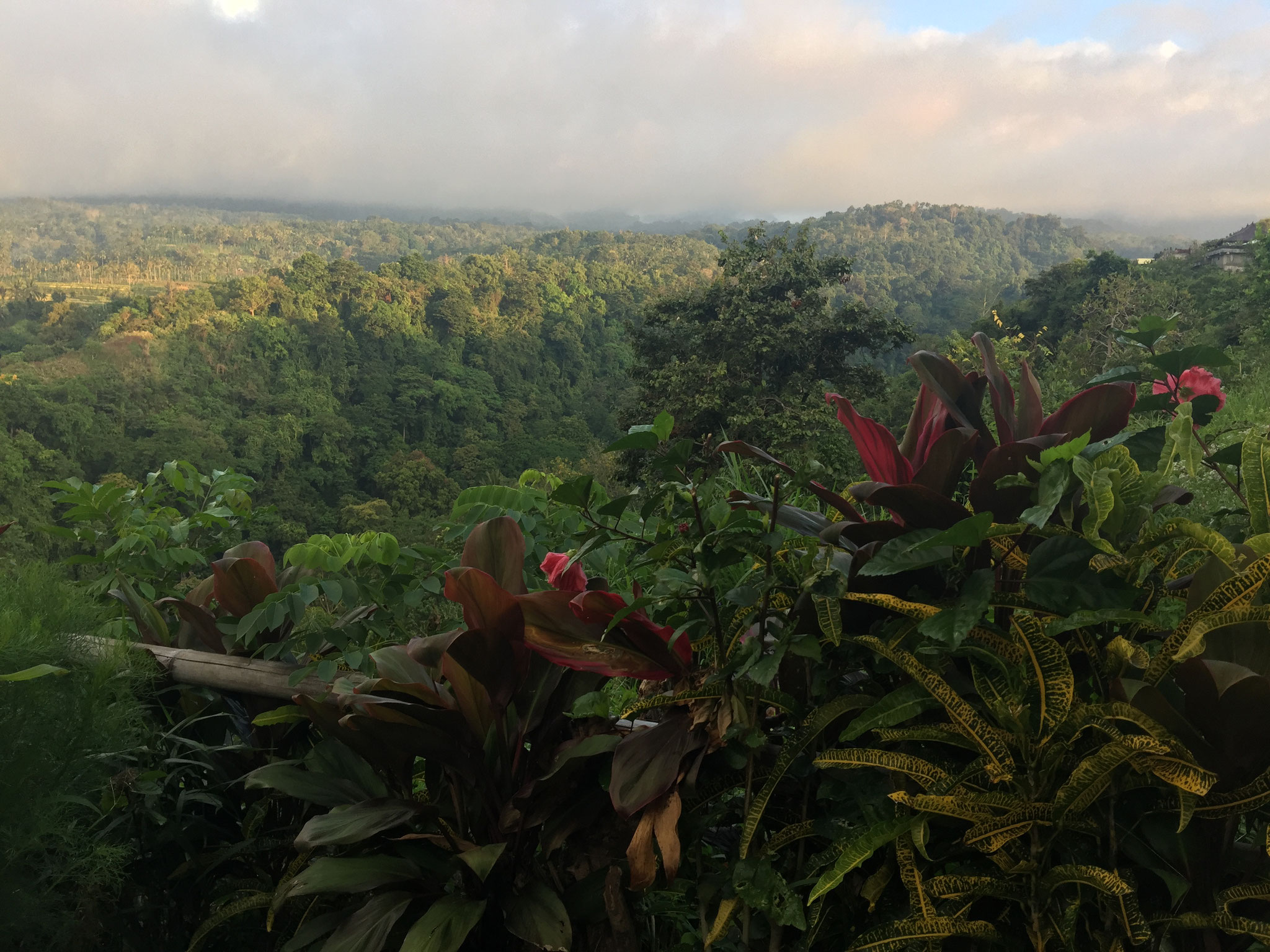 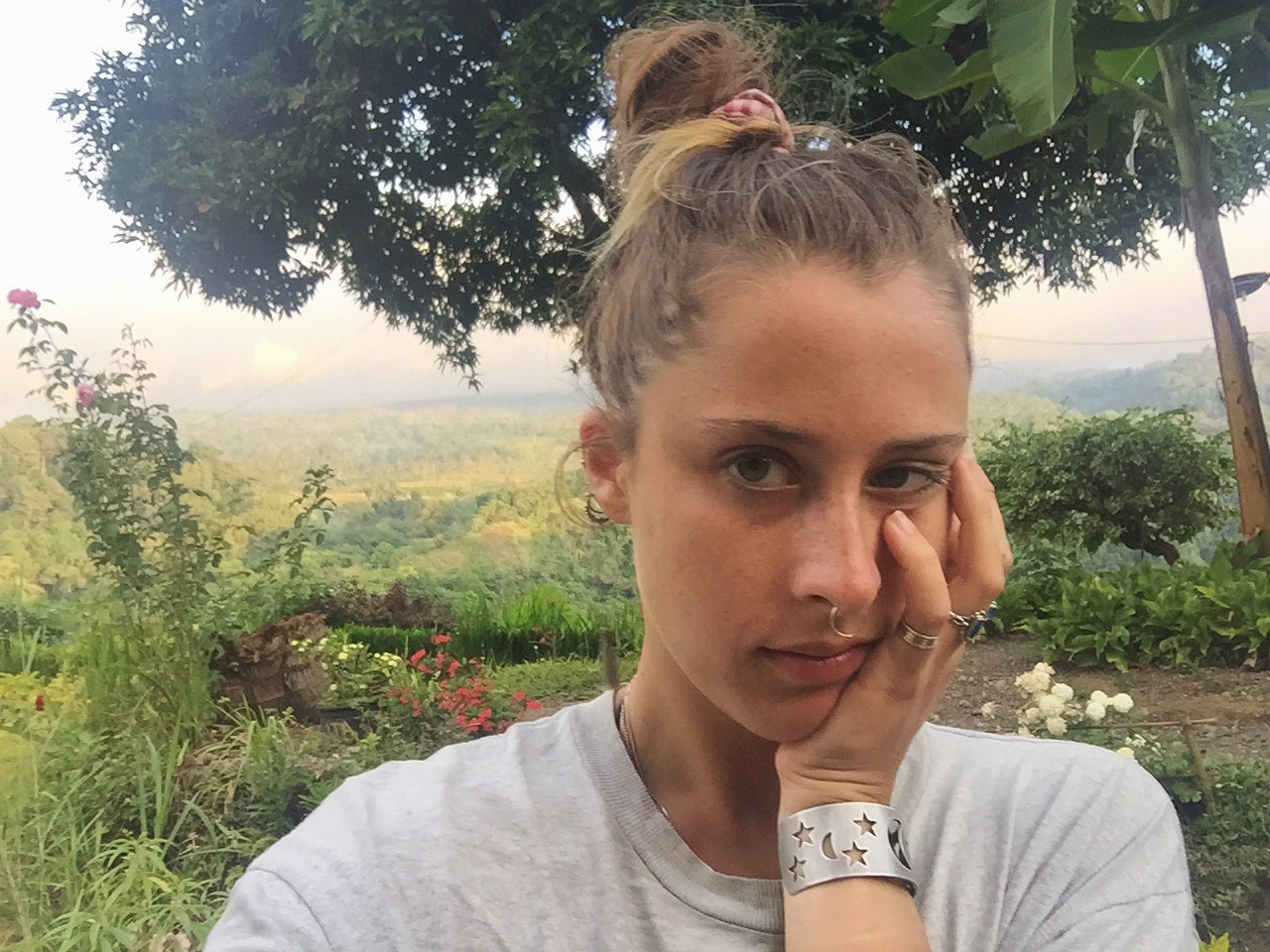 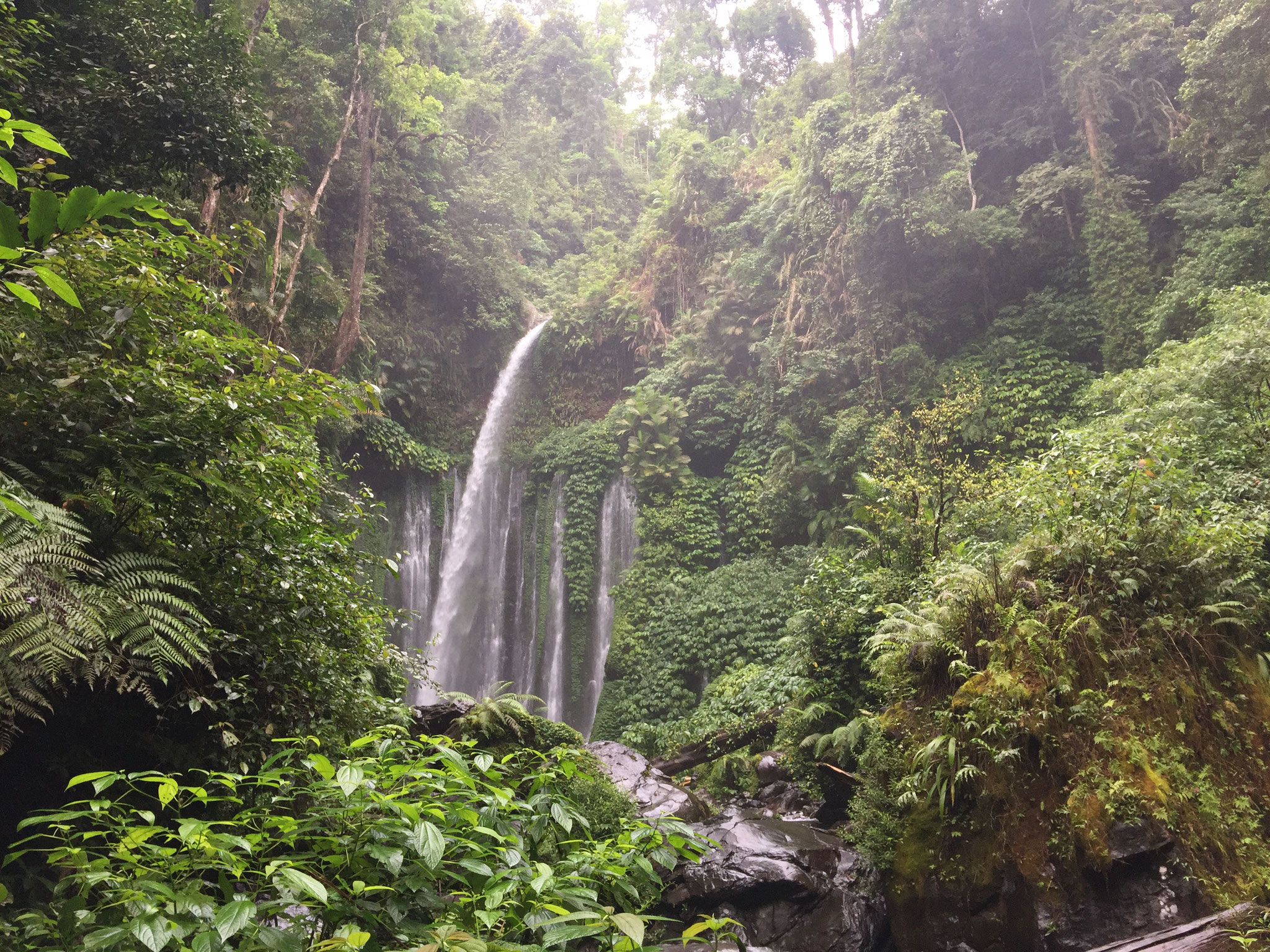