Chefchaoen is a magical town high up in the Riff mountains of Morocco that is famous for its blue streets and houses. We caught the CBS bus leaving at 11am from the main Fez bus station to Chefchauen. It cost us $14 each and the journey took 4 and a half hours. I got ridiculously sick on our first night. Ebbs and I are still not sure what caused it because we both ate the same food but whatever it was it was vicious and I was bed ridden for our first 2 days here. Our hostel was small and I'm 100% sure everyone could here me vomiting into the toilet from their beds. I could barely walk the first day so I stayed in the hostel and read while Ebbs went on a scavenger hunt around Morocco (literally.. it was a hitch hiking race to Tangier which was a city 3 hours away). I managed to get up to the roof of the hostel and watched the day from there. As we were in the mountains the view was amazing and the air was crisp which is probably what inspired me to go on a 5 hour hike the next day despite still being incredibly sick(this was a bad idea). I was itching to see the rest of this beautiful blue town and to explore its tiny ally ways but I physically couldn't leave the hostel and the only time I had to explore (once I was feeling better) was an hour before we left for the hike on our last day.  Although this definitely wasn't enough it gave me a taste of how beautiful and special this little city really is. I am certain I will one day return (avoid all food) and explore Chefchaeon from top to bottom.

I would recommend at least 2 full days here especially if you want to see the waterfall which is pretty much a full day activity.

We stayed at the Aline hostel. Because it was such a small isolated town everyone there was like a family and we made loads of friends super quickly. Lots of people had been there for a week or so, sleeping in and hiking in the mountains during the day. The hostel had an amazing rooftop that looked up and over the mountains and the town below. The hostel was $6 a night for a bed in a 10 person dorm. The rooms were clean and cosy and the bathrooms were fine as well. (I highly recommend)

There were some basic kitchen facilities in our hostel although there wasn't much you could cook due to the lack of produce in the tiny local stores. If you come from Fes or another big city I recommend going to the supermarket there and getting some basics so that you can cook some more interesting food once you get here. That being said there are plenty of cafes and restaurants in the town but after I got sick we both stuck to plain pasta and chopped tomato for a while.

Everyone in our hostel hung around on the roof at night and swapped hitch hiking stories and future adventure plans. Because there was a kitchen everyone would cook their dinner together which was really nice.

Ebbs went on a small hike at sunset to the mosque on the hill that overlooks the town (which he said was amazing).

On our third day we car pooled with some people from our hostel who had hired a car and drove the 40 minute route to a nearby hike called Akchour. The walk was 2.5 hours in and 2.5 hours out (no less and no more (thank god) The hike ended at a beautiful waterfall and followed a massive river that you have to cross several times with mini cascades and aqua blue swimming holes. It wasn't quite warm enough to swim in them because we were there in winter. I found the hike pretty strenuous however I was still on deaths row and hadn't eaten anything but a few bites of pasta in 3 days so I was hardly in the best condition.  If you are heading to Ackour make sure you leave the hostel by 9 or 10, we didn't leave until around 12 and there was a bit of pressure on us to get back to the car before dark. Try and join up with other people from your hostel because if there are 5 of you can get a taxi to Acktour for around $5 each and arrange for the taxi to come pick you up again when you have finished the hike about 5 hours later.

Chefchouen itself has a Medina to get lost in, and is distinctive from the others in Morocco as it is all painted blue. We walked around, climbing up and down stairs and patting local cats.

On our last morning we got up at 6 and got the 7am bus to Casablanca (which we booked a day in advance). It was a long ride especially because I still had food poisoning but 6 hours later we arrived in Casablanca and got the 3 hour train from there to Marrakesh arriving at about 6pm. 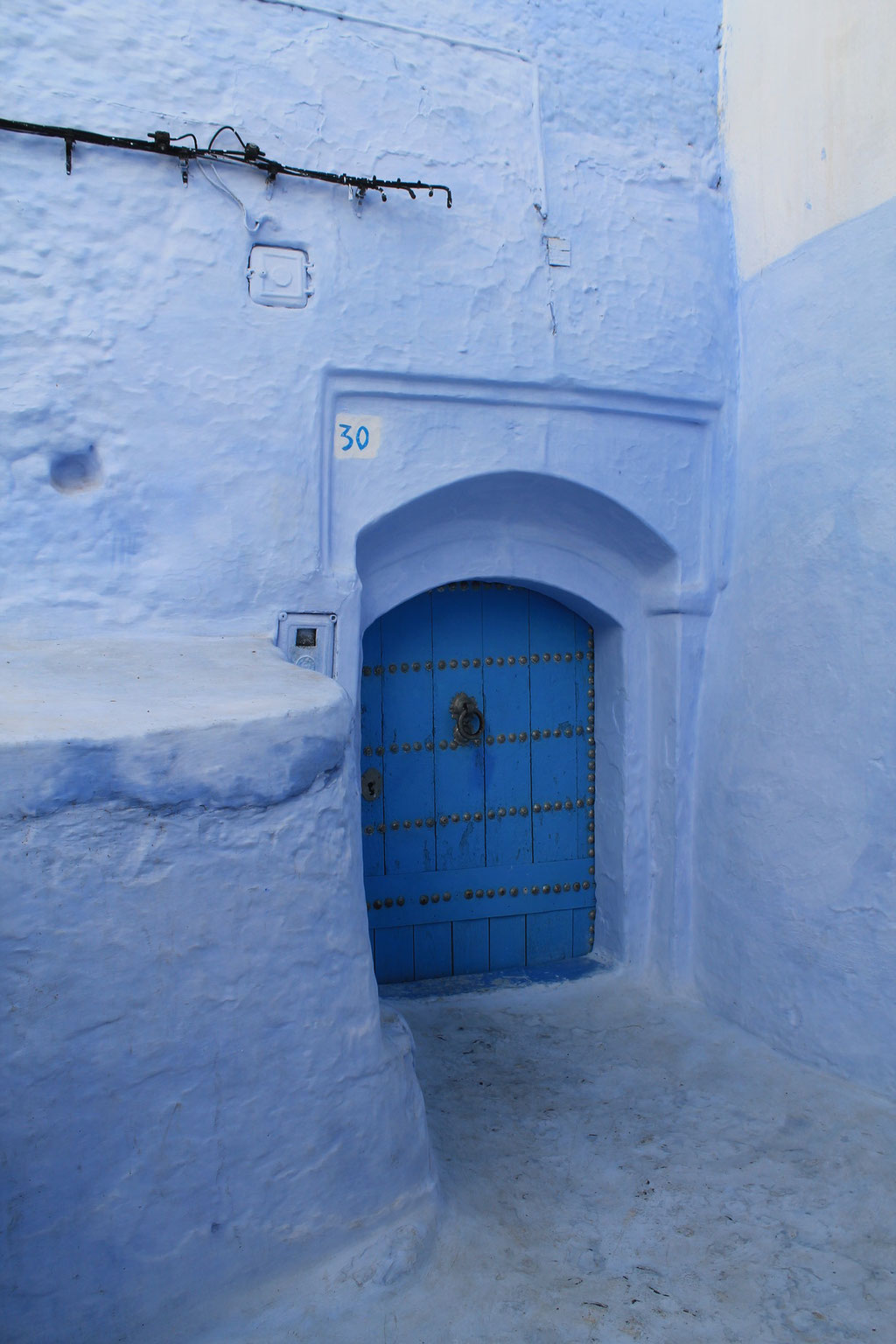 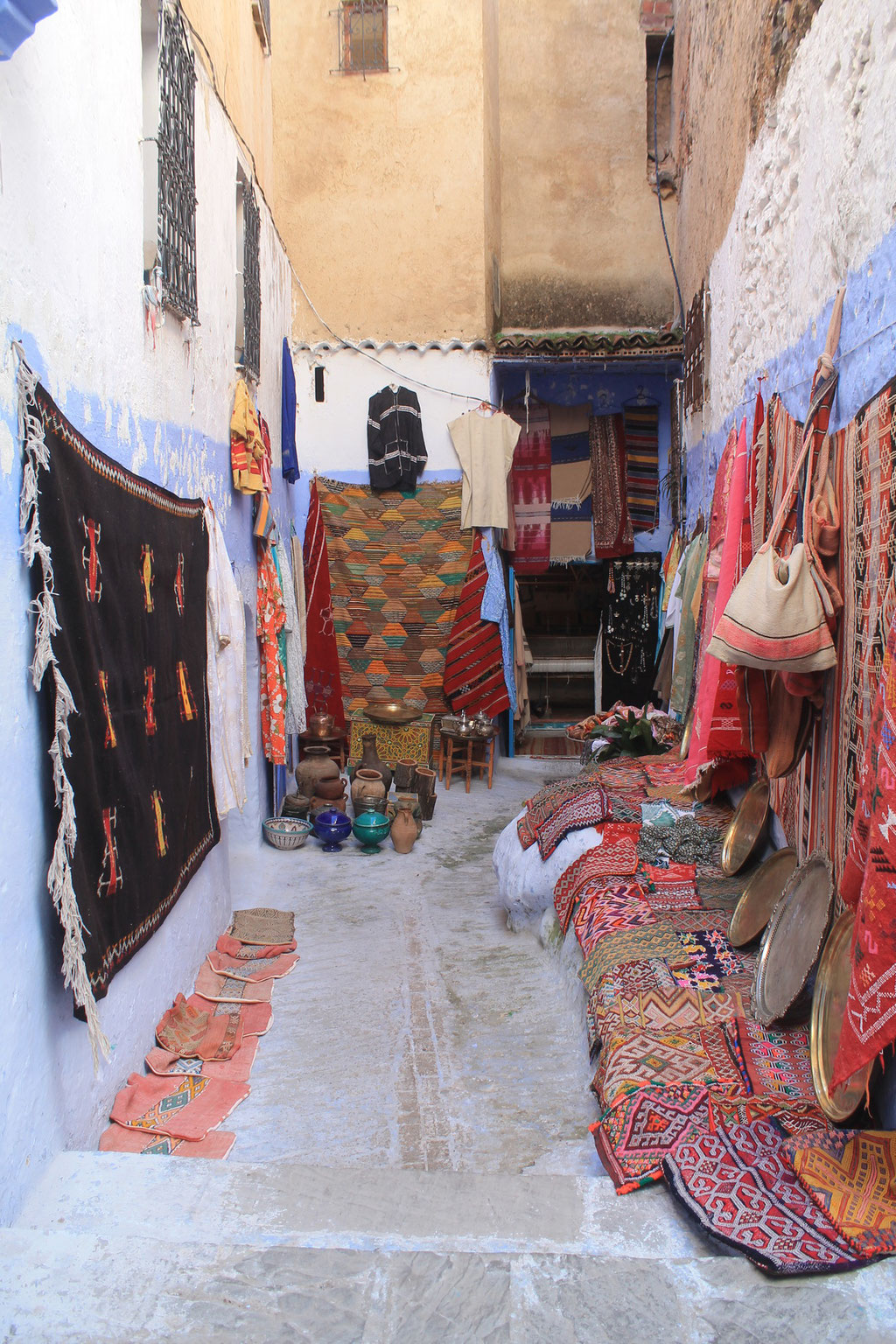 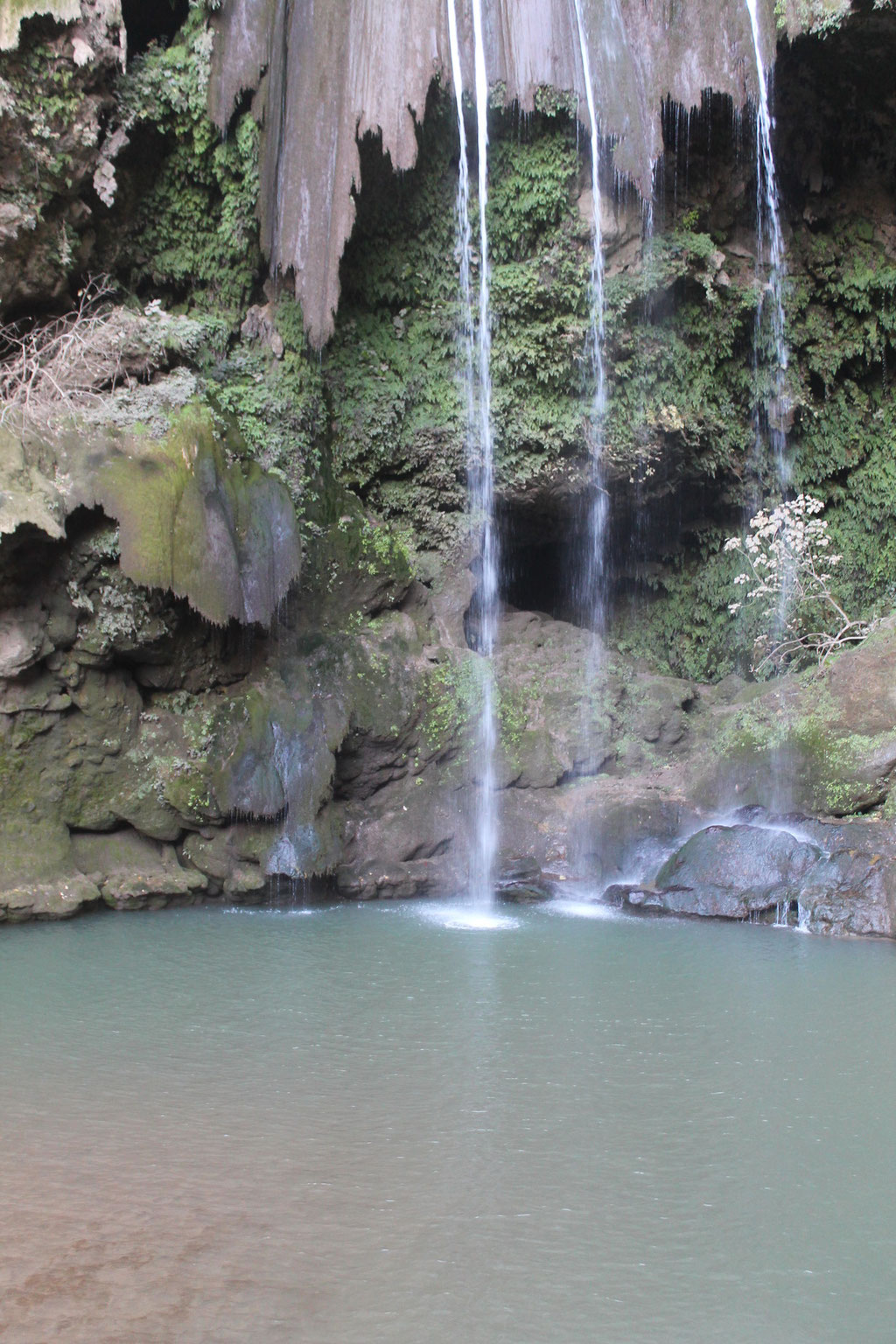 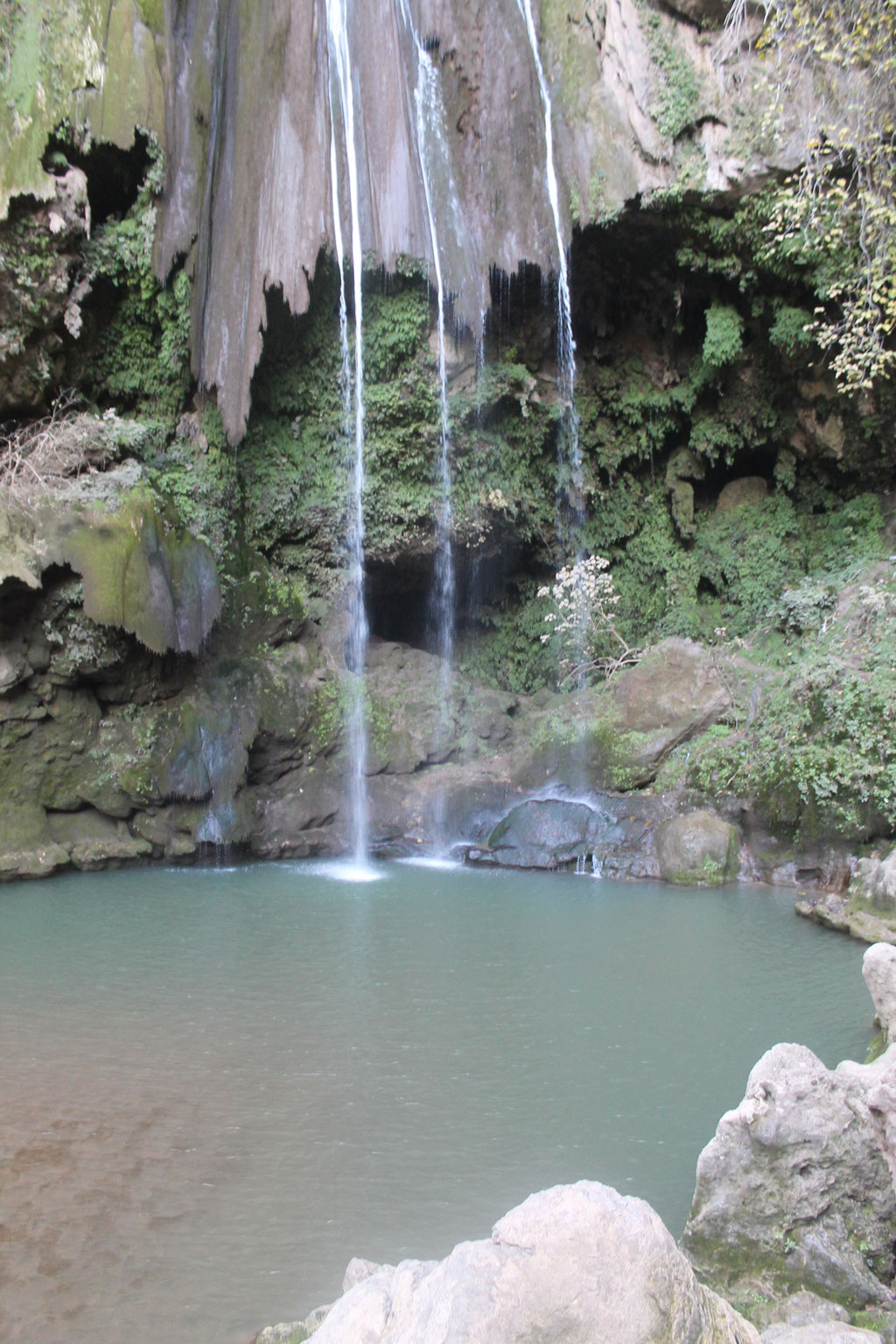 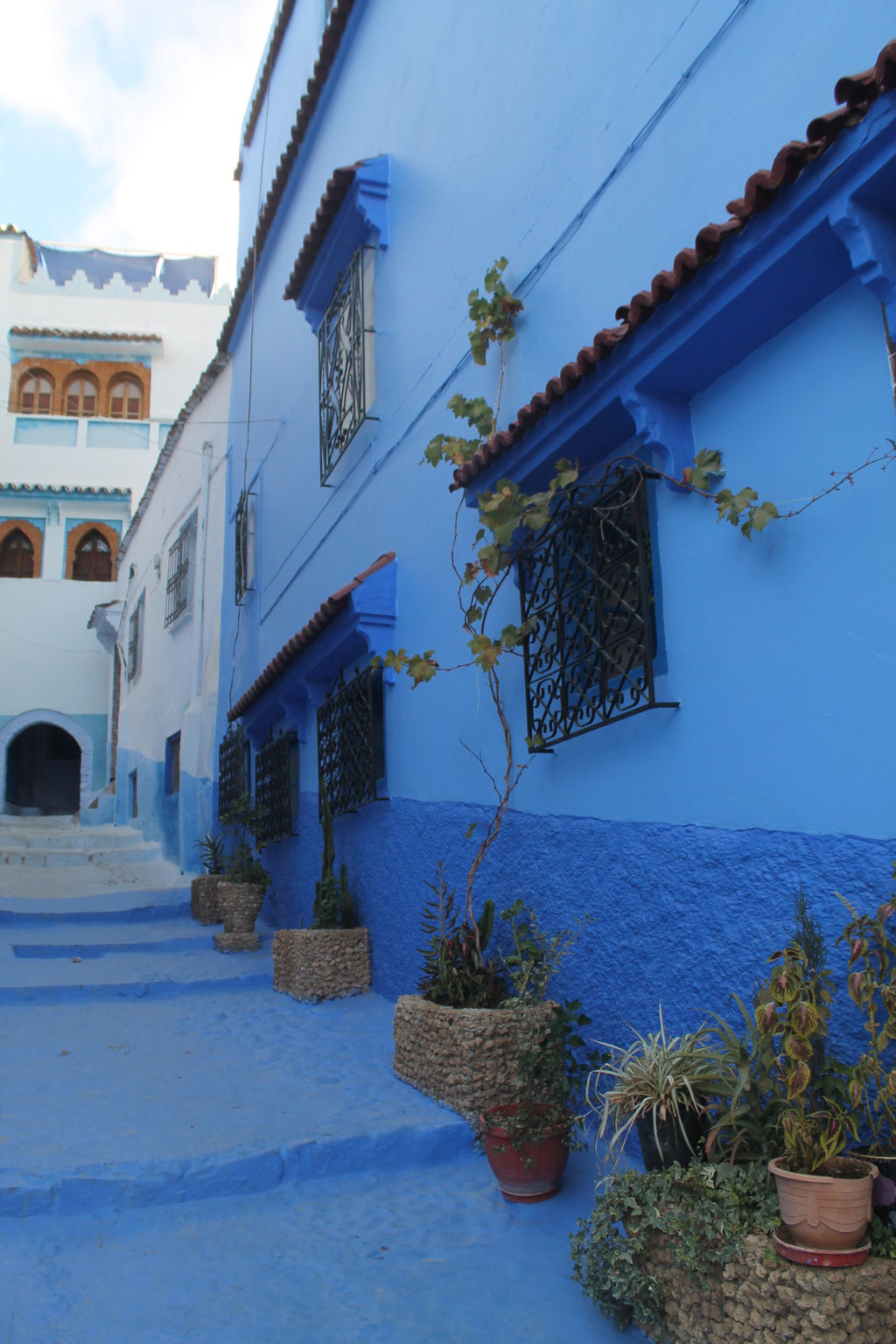 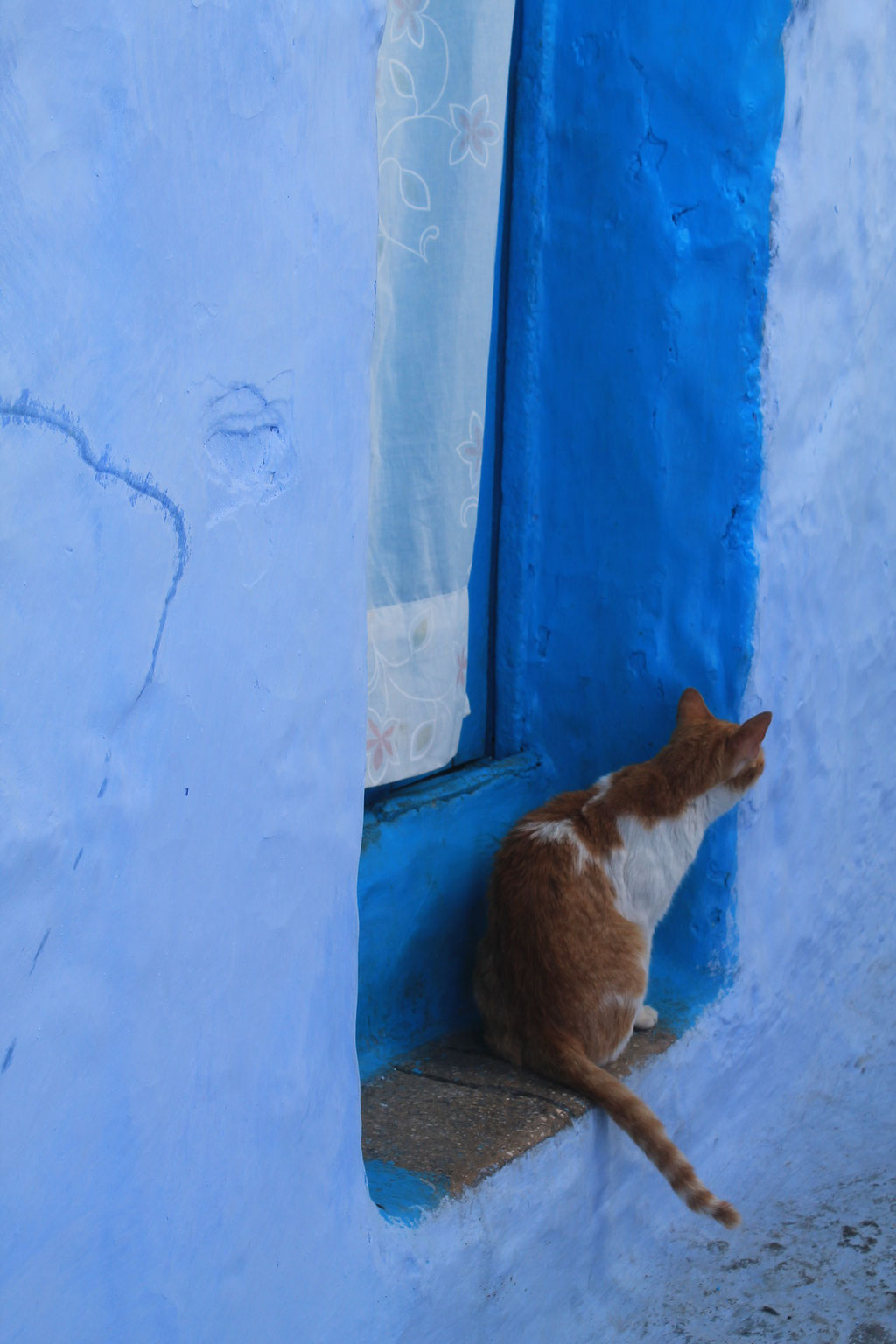