A night under the stars

How to book the same tour as us

We booked our tour 2 days in advance from a travel agent in Marrakesh, it was incredibly easy and by bartering with the many travel stalls we managed to get our tour for $70 each which was almost half the original offered price. If the idea of shopping around is a little daunting for you, most hostels provide tour booking services, although you will be paying the full amount which is around $120pp.

Do not book your tour online before you get to Morocco as the prices online are inflated to almost 5-10 times the price I paid and there is no way to bargain or lower the amount over the internet.  These tours are exactly the same as the one we went on but they charge you more for booking in advance. There were people in the same camp as us who had paid $450 each!!! Instead, just leave 2 nights and 3 full days free from your plans whilst in Marrakesh for the tour. There will ALWAYS be availability as it is the main money-maker for Moroccan travel companies and is incredibly popular with tourists... even if they don't have space they will find a way to fit you in.

When you are booking the tour ask for the 2 night, 3 day trip as it takes you to the best sand dunes. The one night trip was said to be mediocre and the 3 night trip takes you to both the mediocre dunes and the amazing ones and why would you need to see both? The tours start and finish in Marrakesh although we 'transferred' to Fez instead of returning to Marrakesh. We paid $70 which included all meals except lunch, accommodation, travel expenses and activities such the camel ride through the desert.

The company picked us up from our hostel at 7am and we began the journey from Marrkesh to the desert which involved a whole lot of driving. 10 hours a day worth of driving... but the views were incredible as you covered hundreds of kilometers of Moroccan landscape. We crossed over the Atlas Mountains through the tikz and ticha pass and visited several ancient burber villages such as quarzarzatte. We also stopped plenty of times to take photos of the view and for lunch and snacks.

Speaking of snacks... make sure you bring some. Ebbs and I were incredibly hungry as the days were long and they only provided breakfast and dinner. The small places we stopped to get food were incredibly overpriced and had a very small variety of things to buy. Having a laptop or a good book to read whilst on the road would also make a difference. On our first night we stayed in a massive hotel in the middle of a gorge. Dinner was served with everyone from our tour group and was a several course meal of Tangine, couscous and vegetables. We had our own private room and bathroom (which was nice after being is a hostel for over a week)

On the second morning we were up at 6 for a quick breakfast before the driving began. We visited a giant gorge which was worth seeing in itself before heading to the desert.

We arrived on the outskirts of the Sahara at about 3pm which allowed just enough time to ride our camels through the sand dunes for sunset. We rode through the dessert for about and hour and a half with a break in the middle to watch the sunset over the sand dunes. It was incredibly cold, even while the sun was still out, so if you visit around a similar time to us (November) make sure you pack warm clothes. (and by warm I mean gloves and thermals... it was THAT cold). We camped out overnight in an incredible set up at the base of a massive sand dune isolated in the middle of the desert.  We each had our own 'rooms' made of canvas with beds and many blankets to keep out the cold. Upon arrival we sat around an open fire, and ate olives and nuts and drank Moroccan mint tea to warm up. Dinner was served about an hour later on a long thin table, which we all sat on cushions around. Once again the meal was Tangine and couscous with a starter of soup. After dinner we all gathered around the fire again and our Moroccan hosts played traditional burber music and insisted that everyone dance.  The sky was full of so many incredible stars, Ebbs and I lay on our backs near the fire and I saw my first shooting star! The camp had many cats running around, and one of their kittens took a liking to me, so we took it into our room and slept with it wedged between us in the blankets. There were no showers, so everyone went to bed in the clothes they were in. The next morning started at 5:30am. It was still pitch black and navigating our way around the camp was difficult as the only light source was the moon.  We rode through the darkness on our silhouetted camels for about half an hour before the sun began to rise and once again we stopped, this time to watch the first light creeping over the sand dunes and filling them with their deep orange glow. When we got to the edge of the desert, we all went into the hotel (owned by the camel company) for a massive breakfast and showers. At 8.30 we all pilled into the bus and bid farewell to the rolling sand dunes. Ebbs and I planned to continue on to Fez instead of returning to Marrakesh, something that the person who sold us our tour said would be very possible. We assumed this meant that there was a shuttle or organised form of transportation from the desert to Fez and I had read online that this was a very popular option. We were unpleasantly surprised to find that our transportation was actually a public bus on which no one spoke English and no one seemed very happy to see us. The bus cost us $7 each and the journey which according to google maps takes 6 hours took 13 long hours. We stopped in no less than 7 tiny desert towns where we waited for half an hour plus for people to get on and off. Moroccan buses also stop for anyone who sticks their hand out on the side of the road. A bit like a taxi. With no food and no entertainment other than the view it was a long unpleasant bus ride which made finally arriving in Fez a great relief. 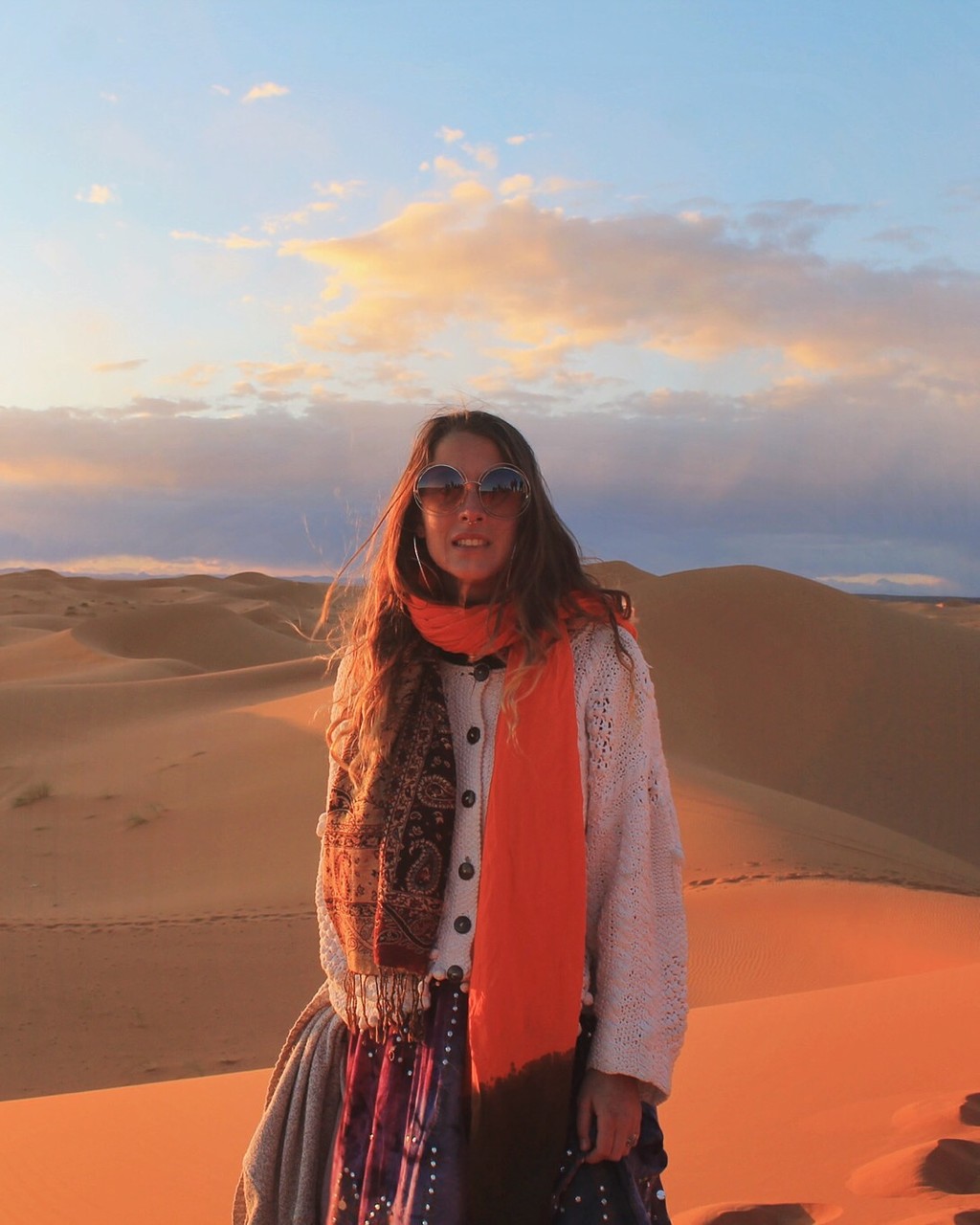 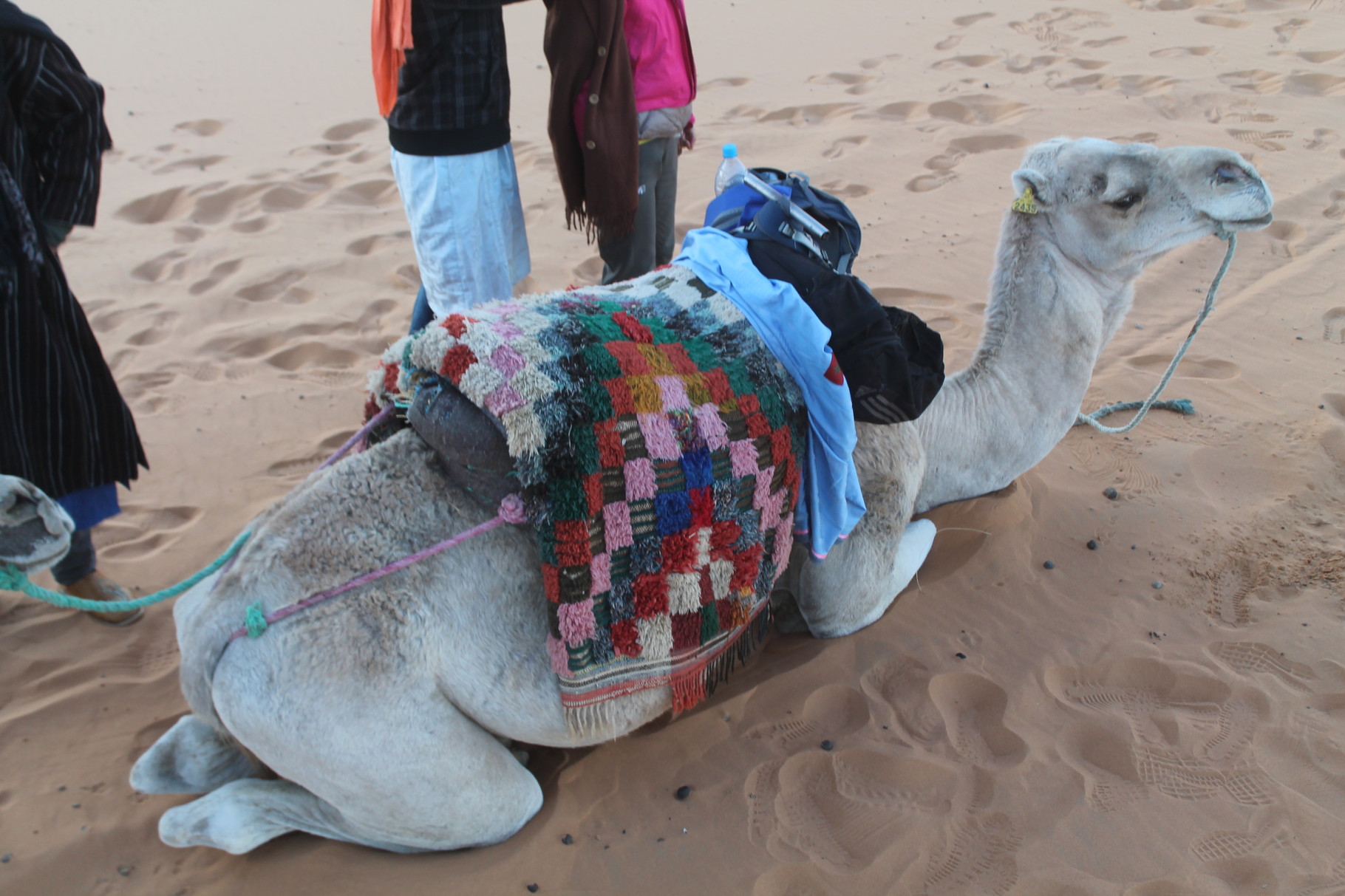 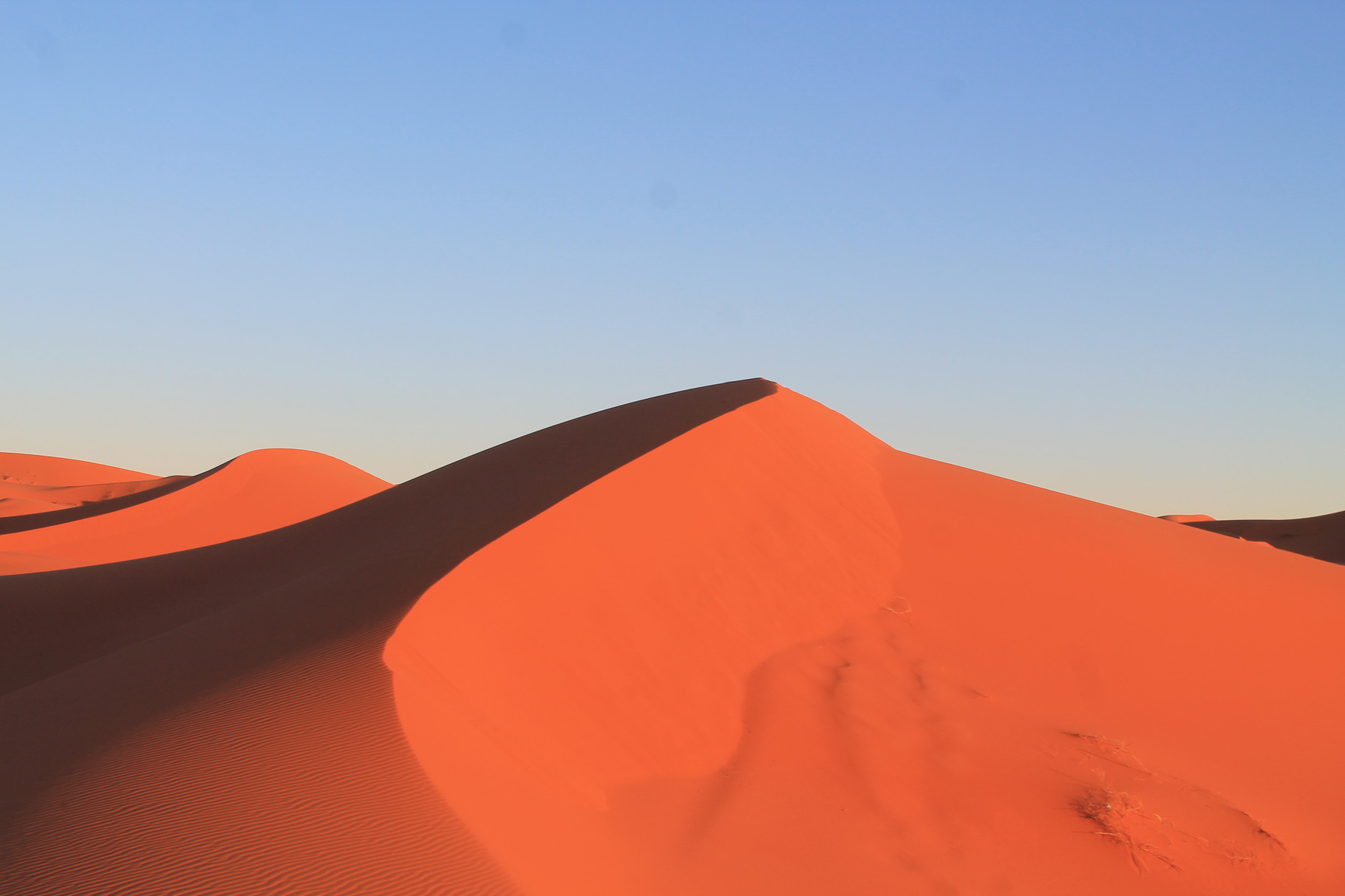 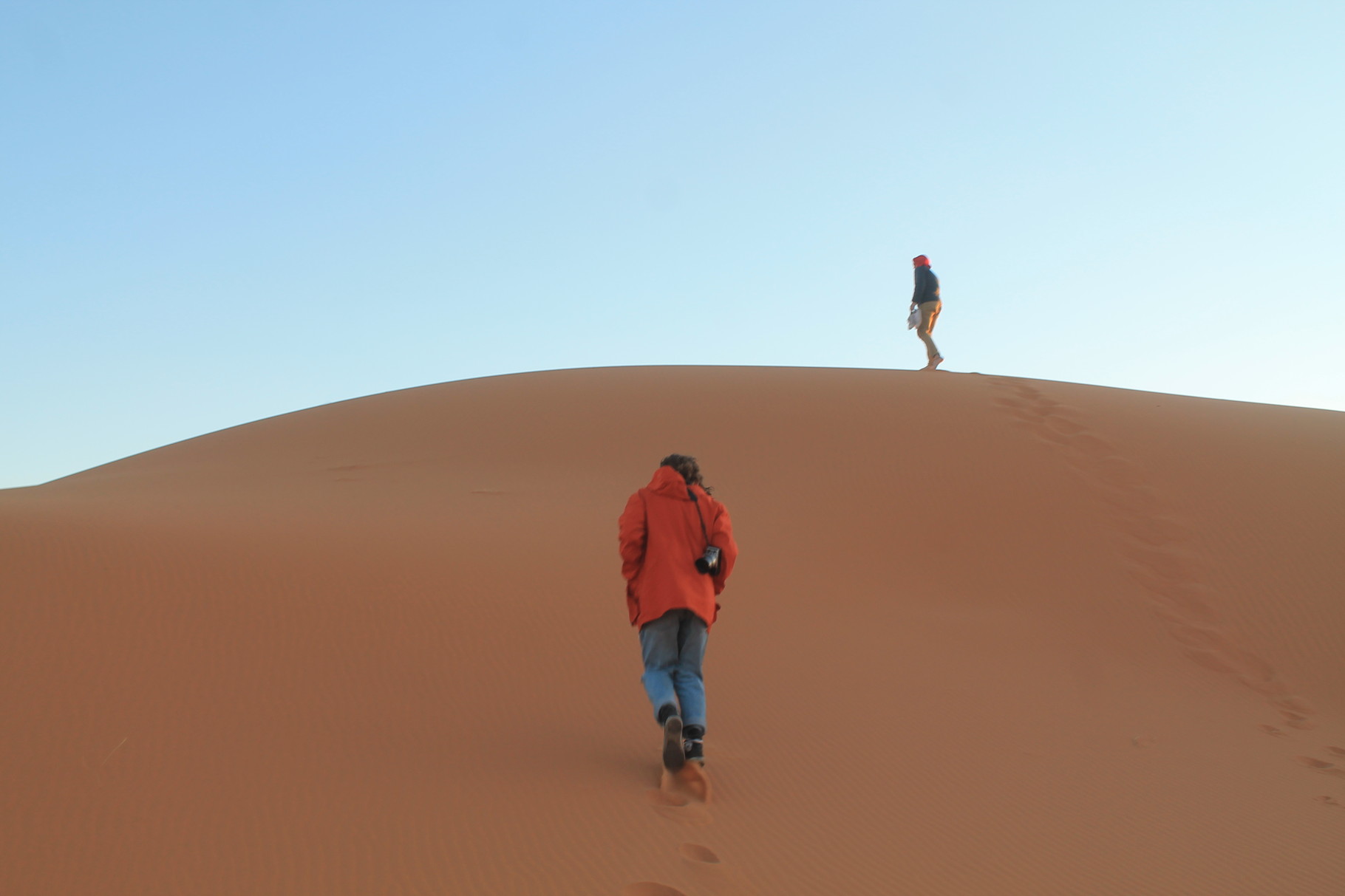 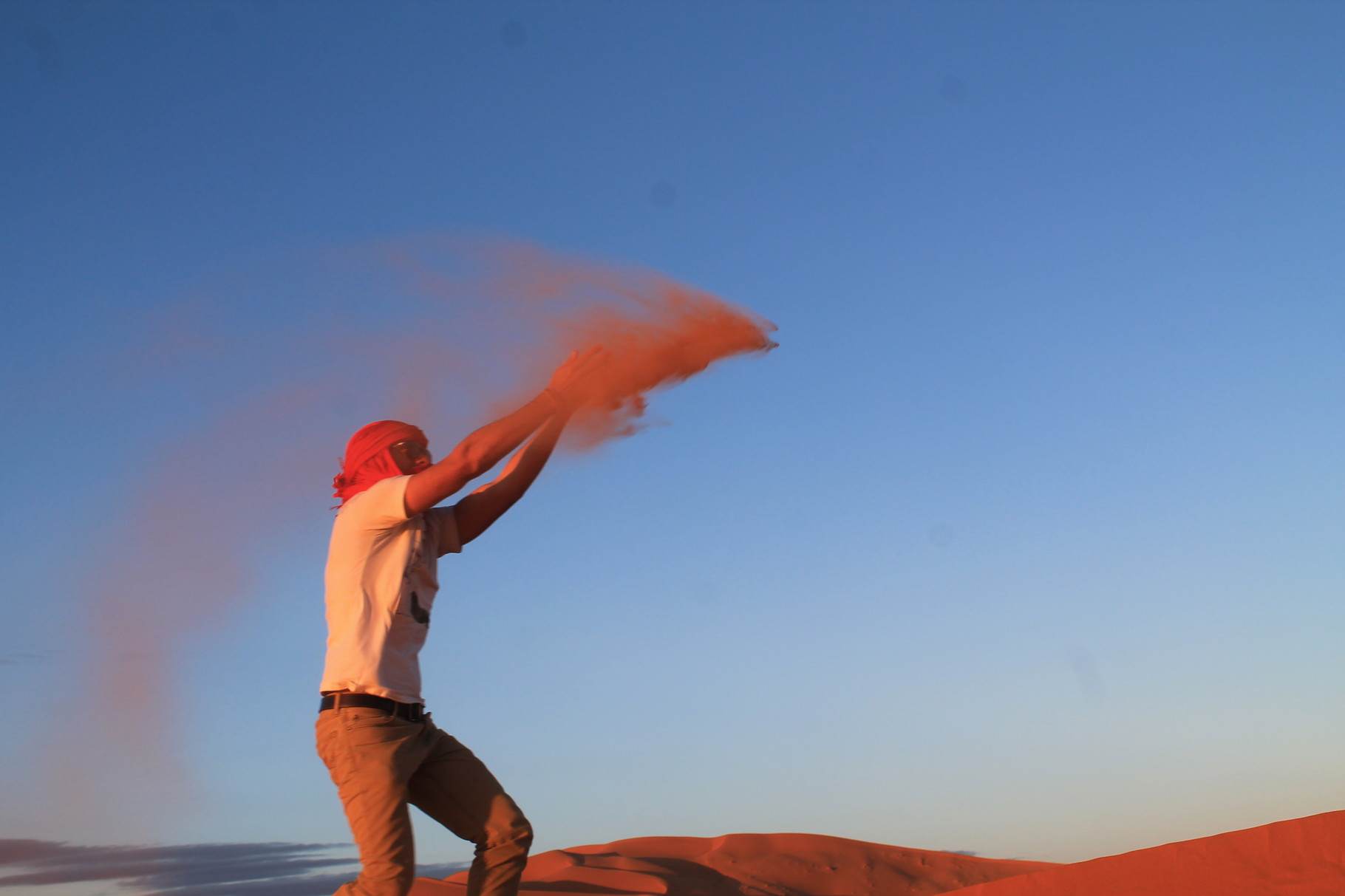 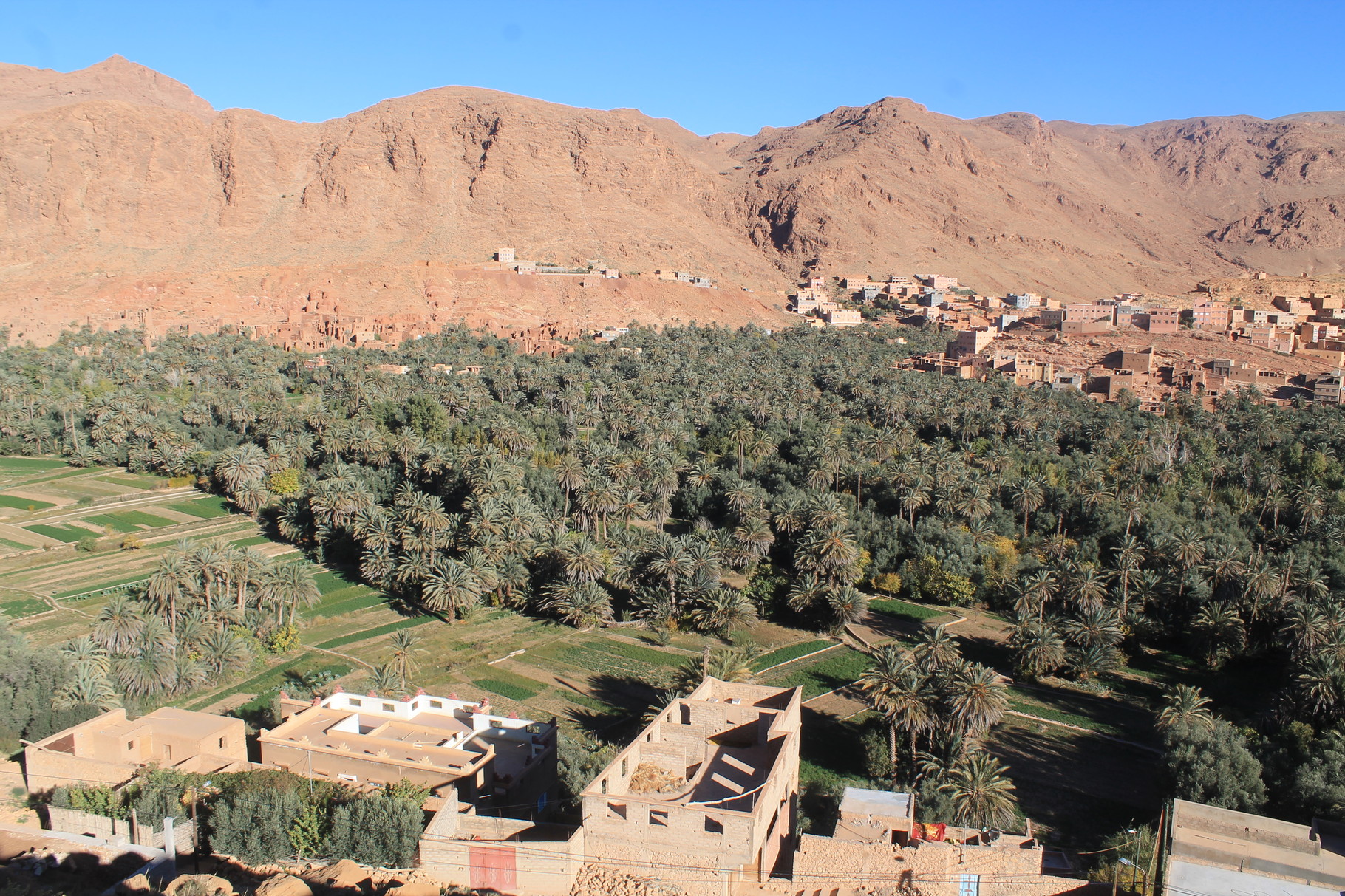 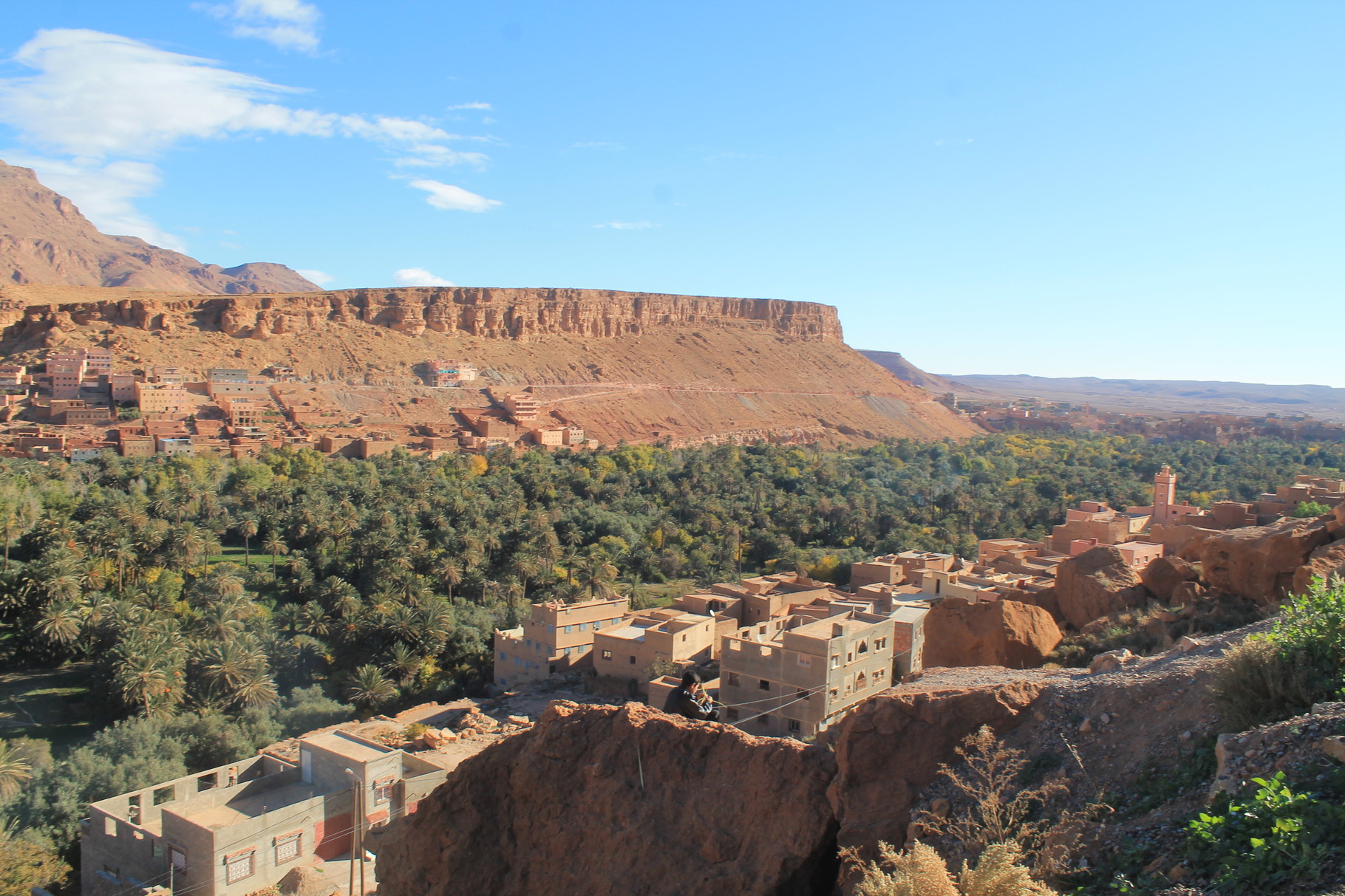 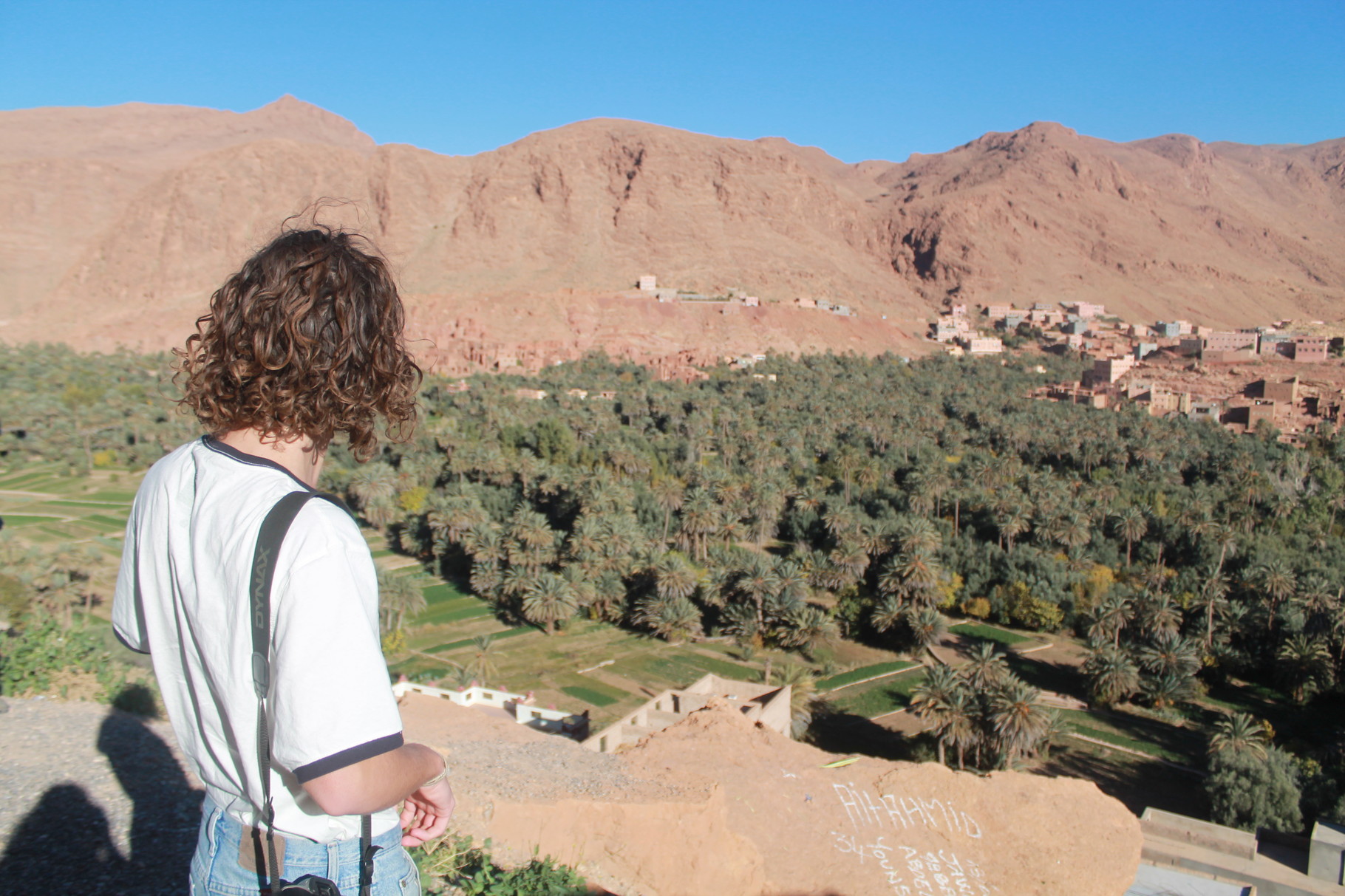 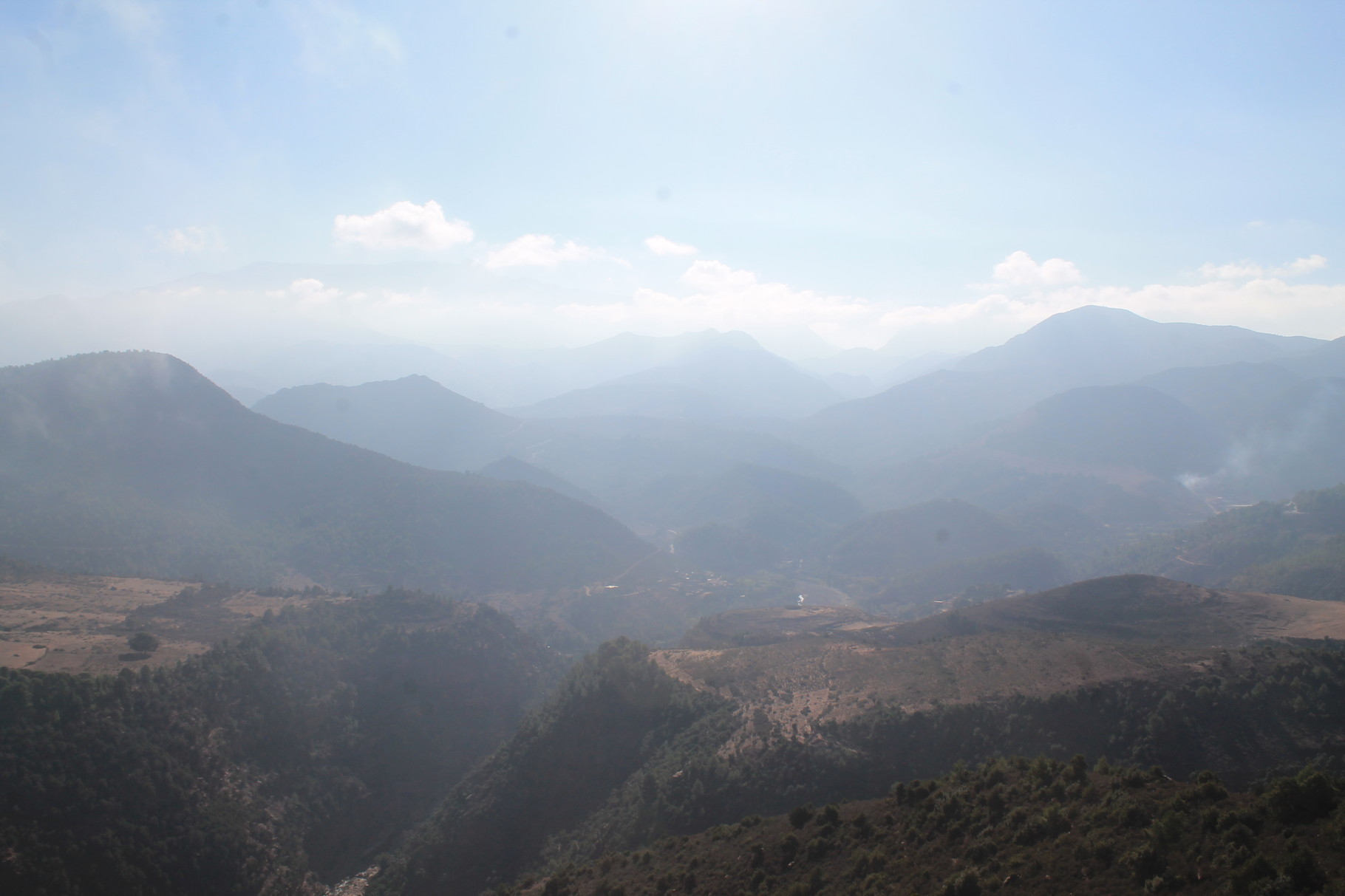 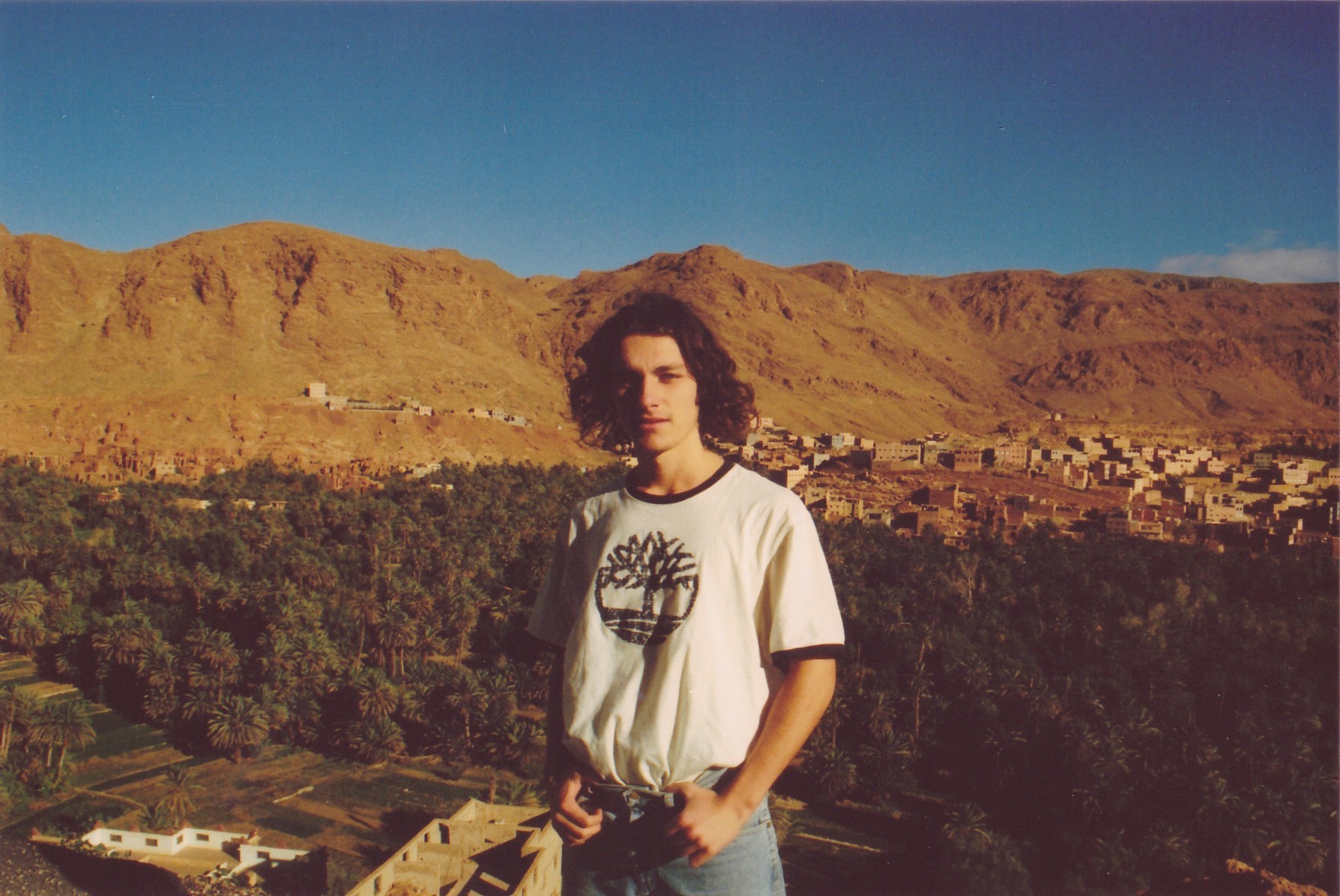 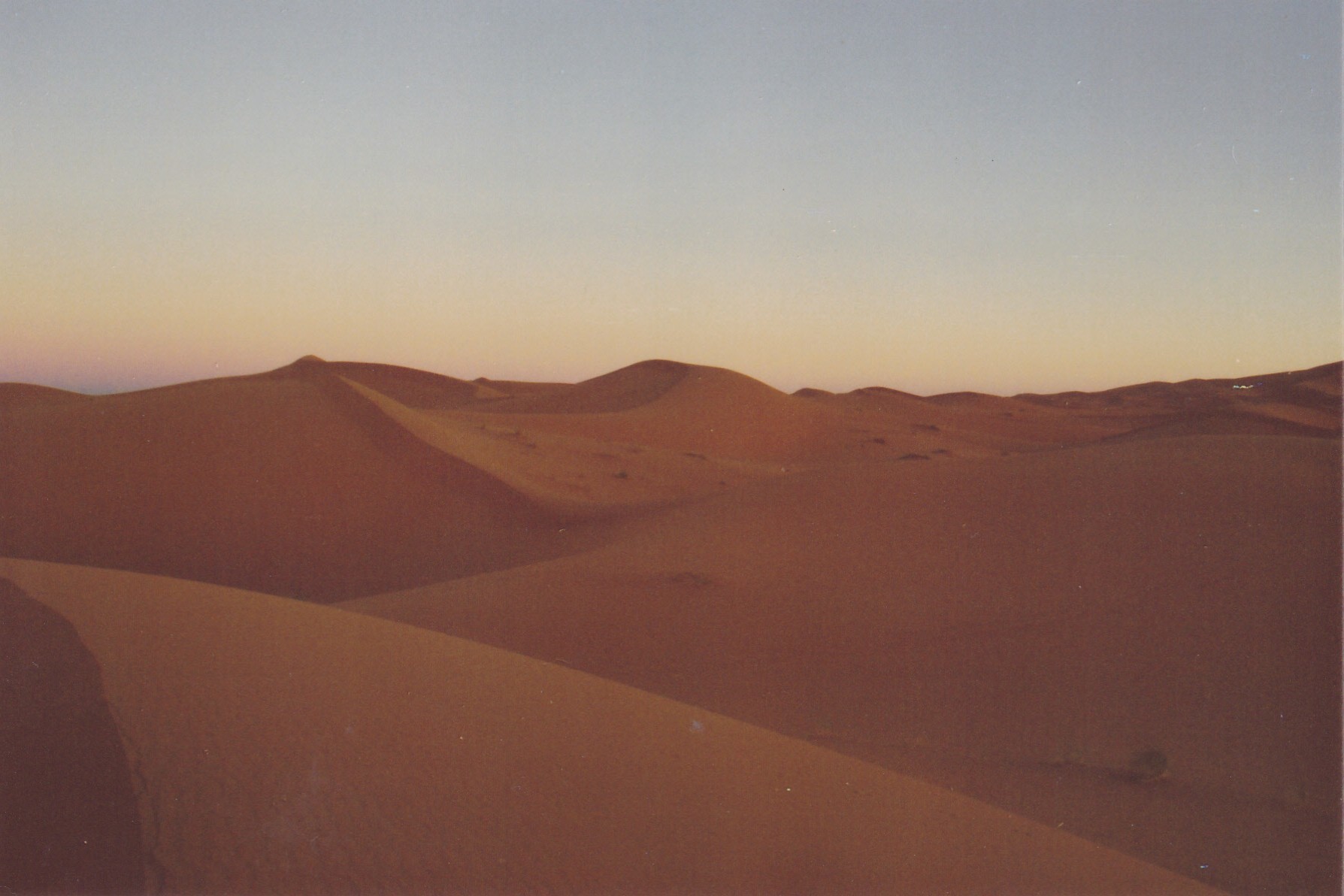 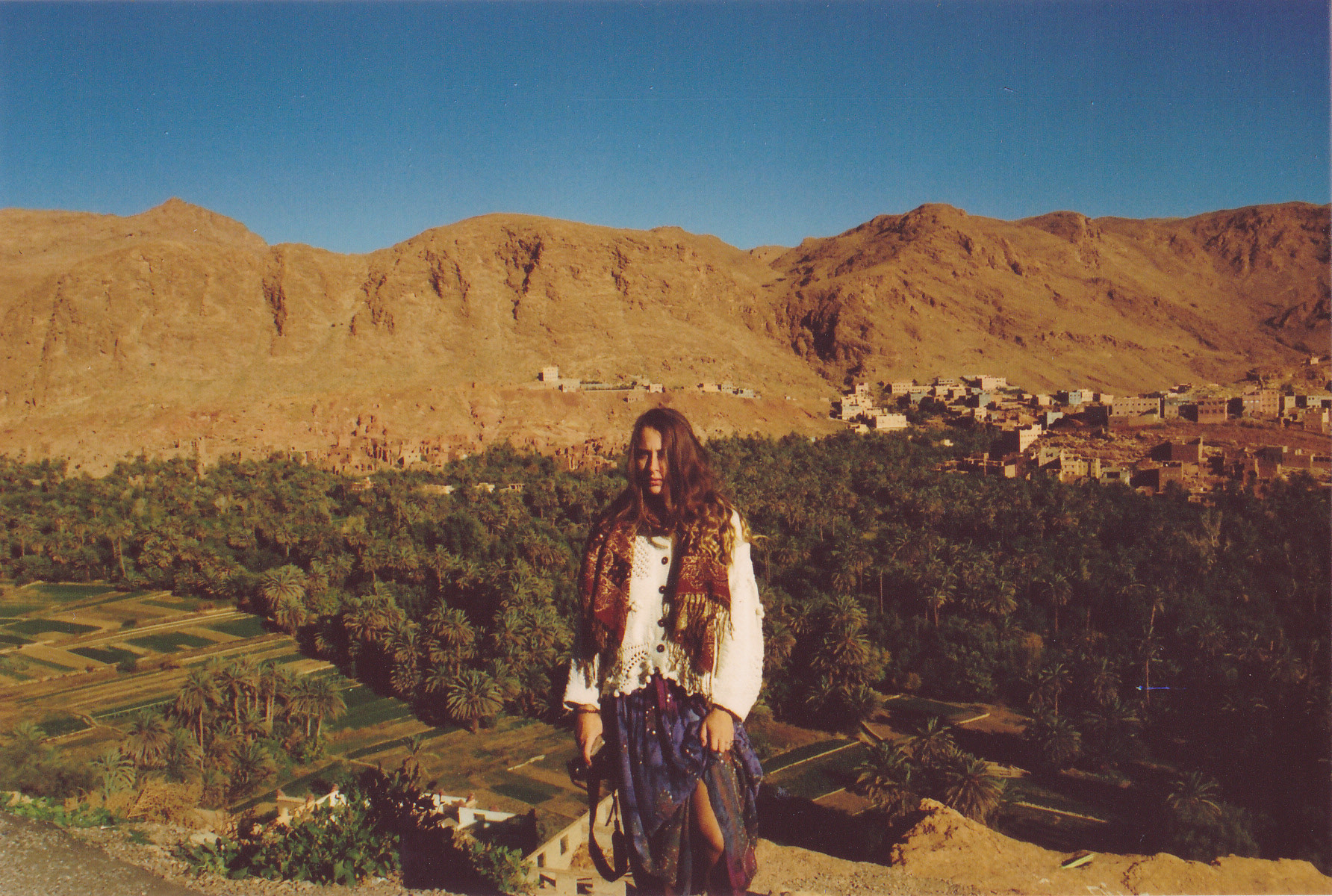 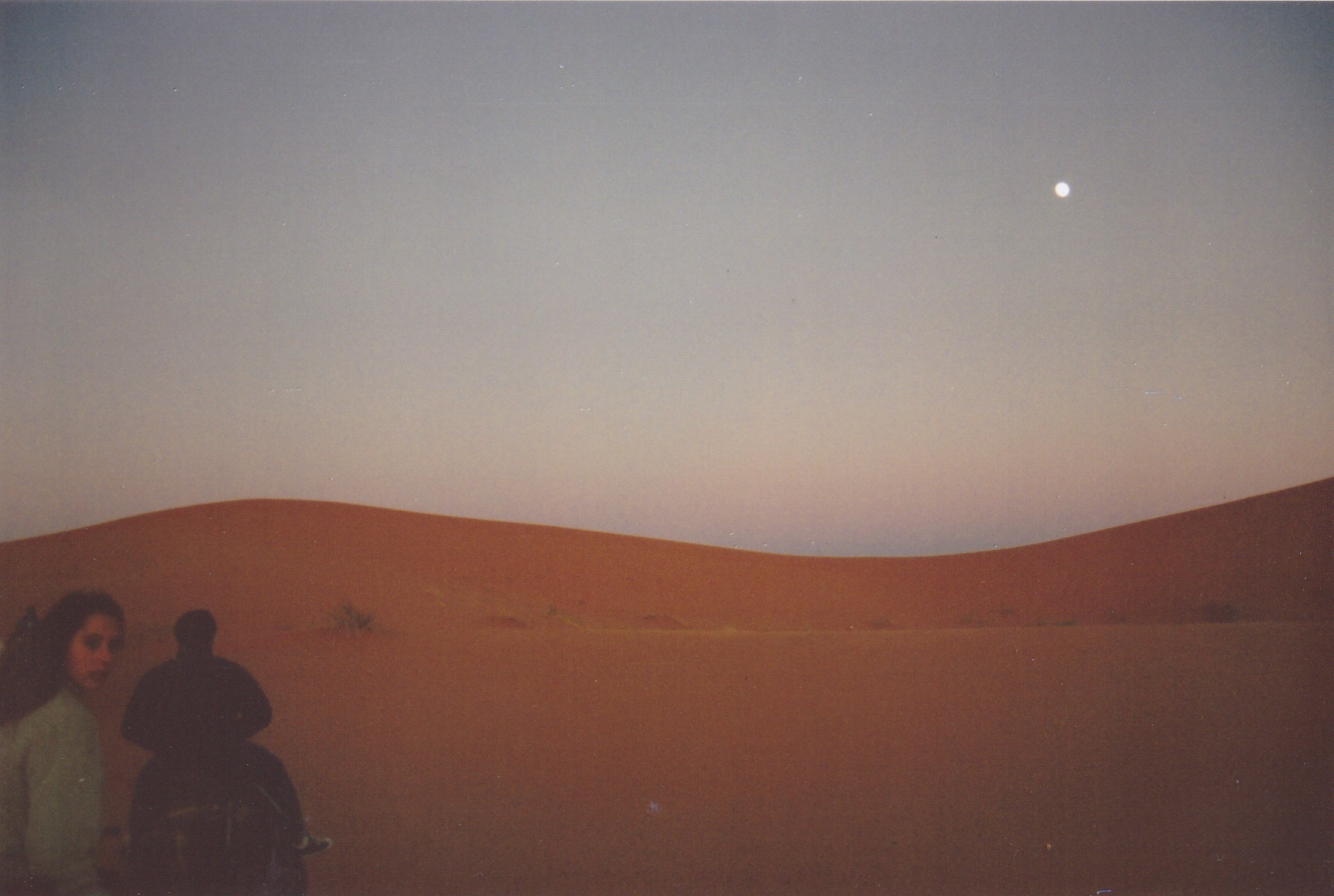 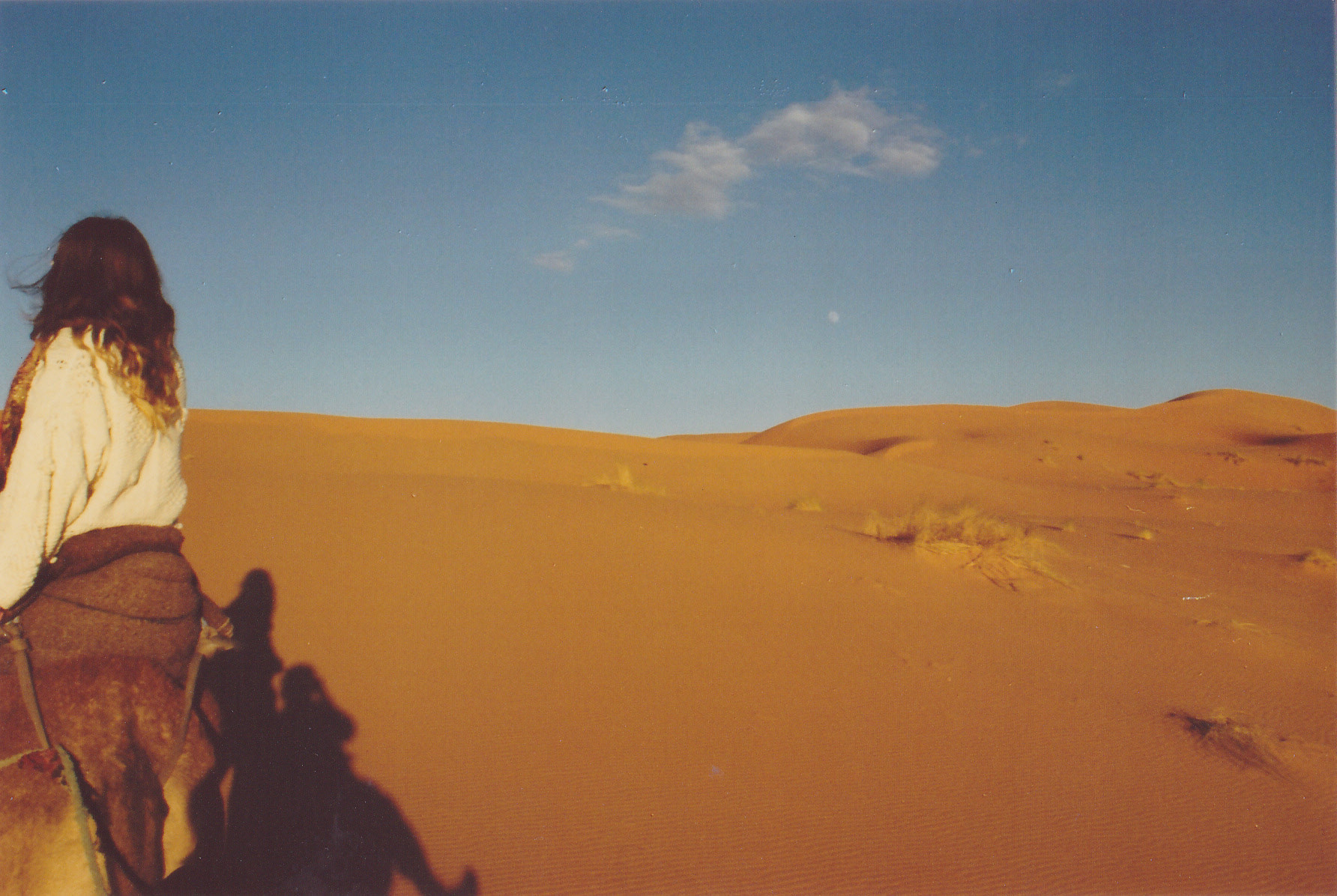 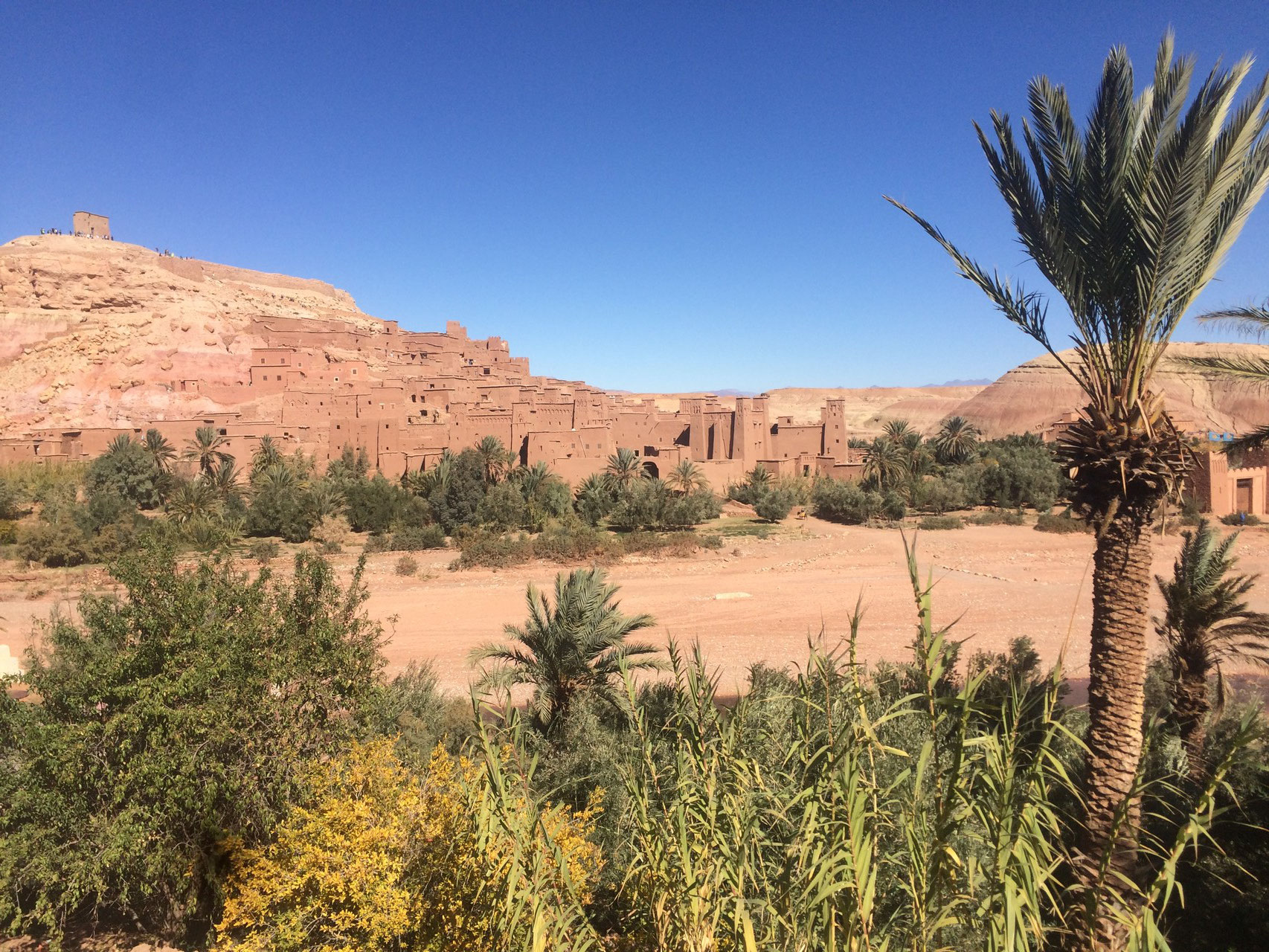 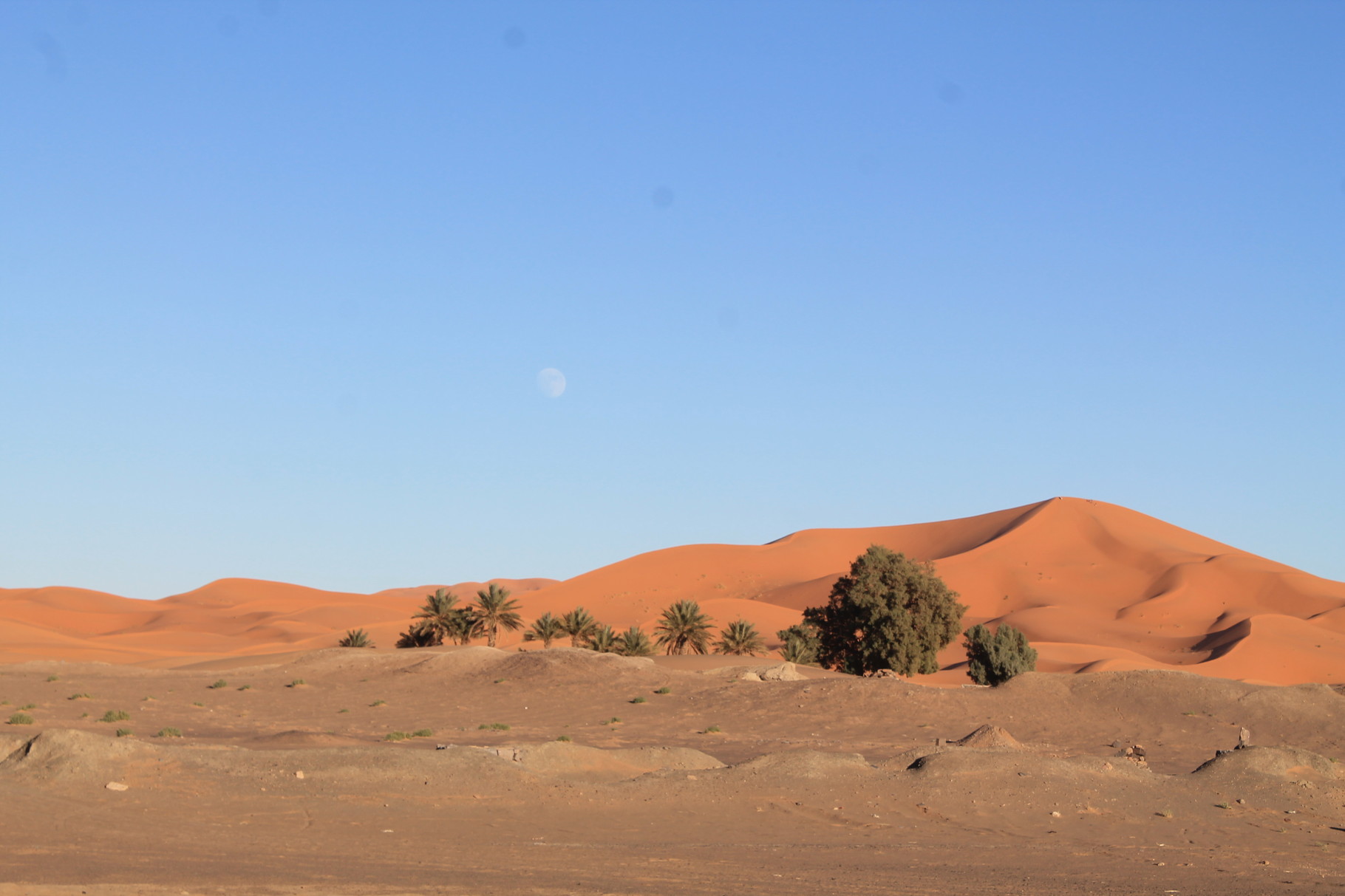 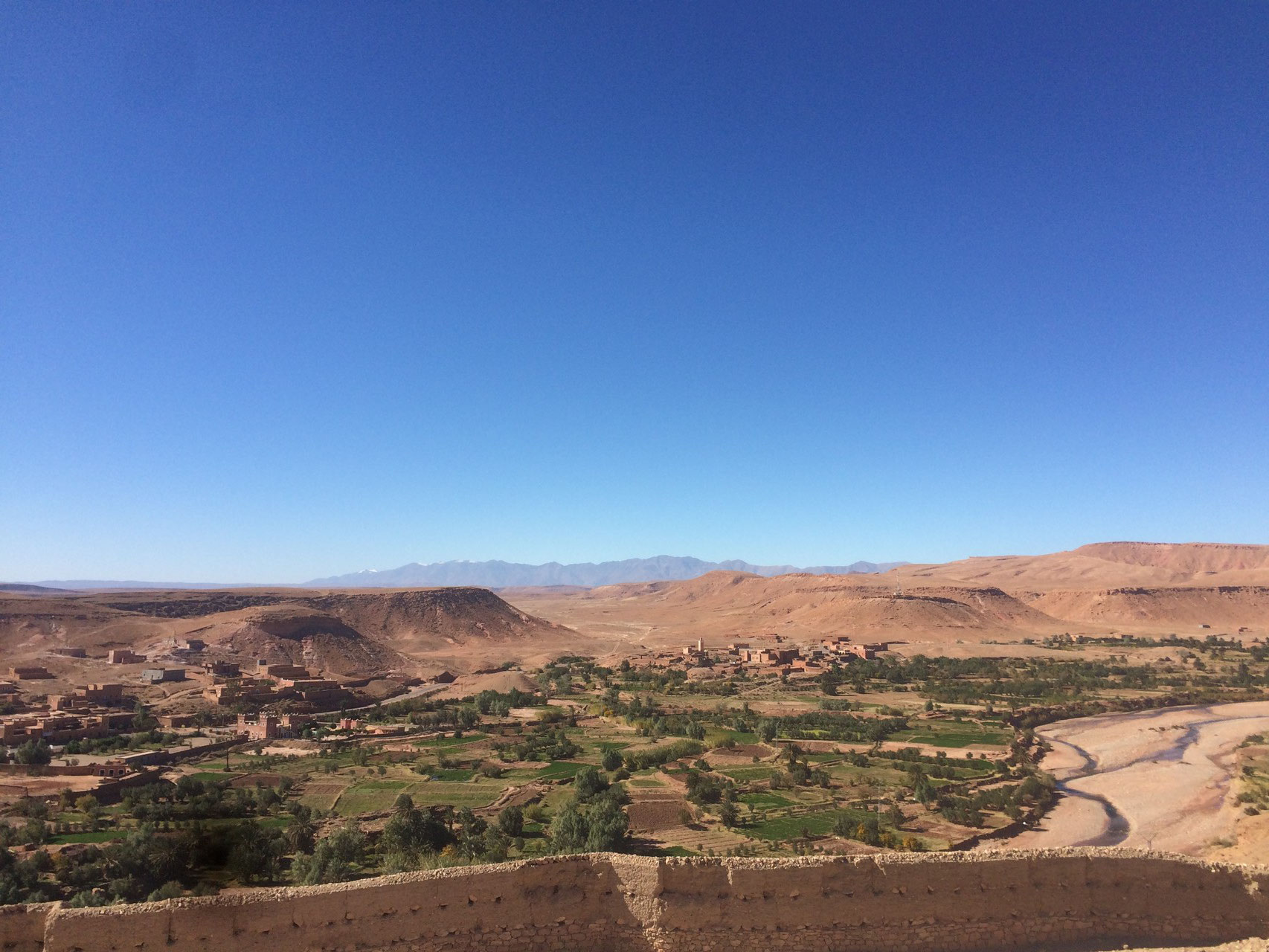 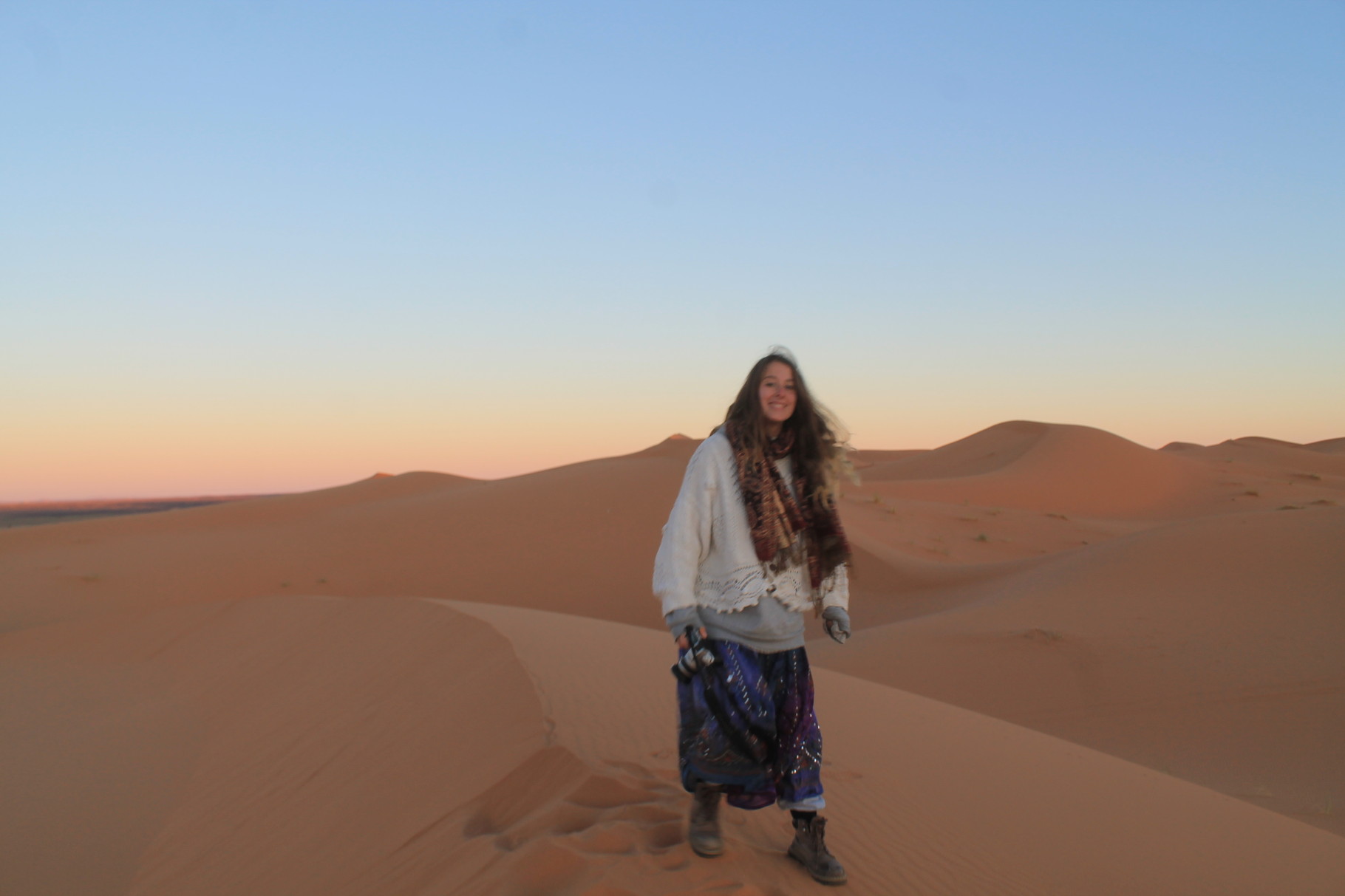 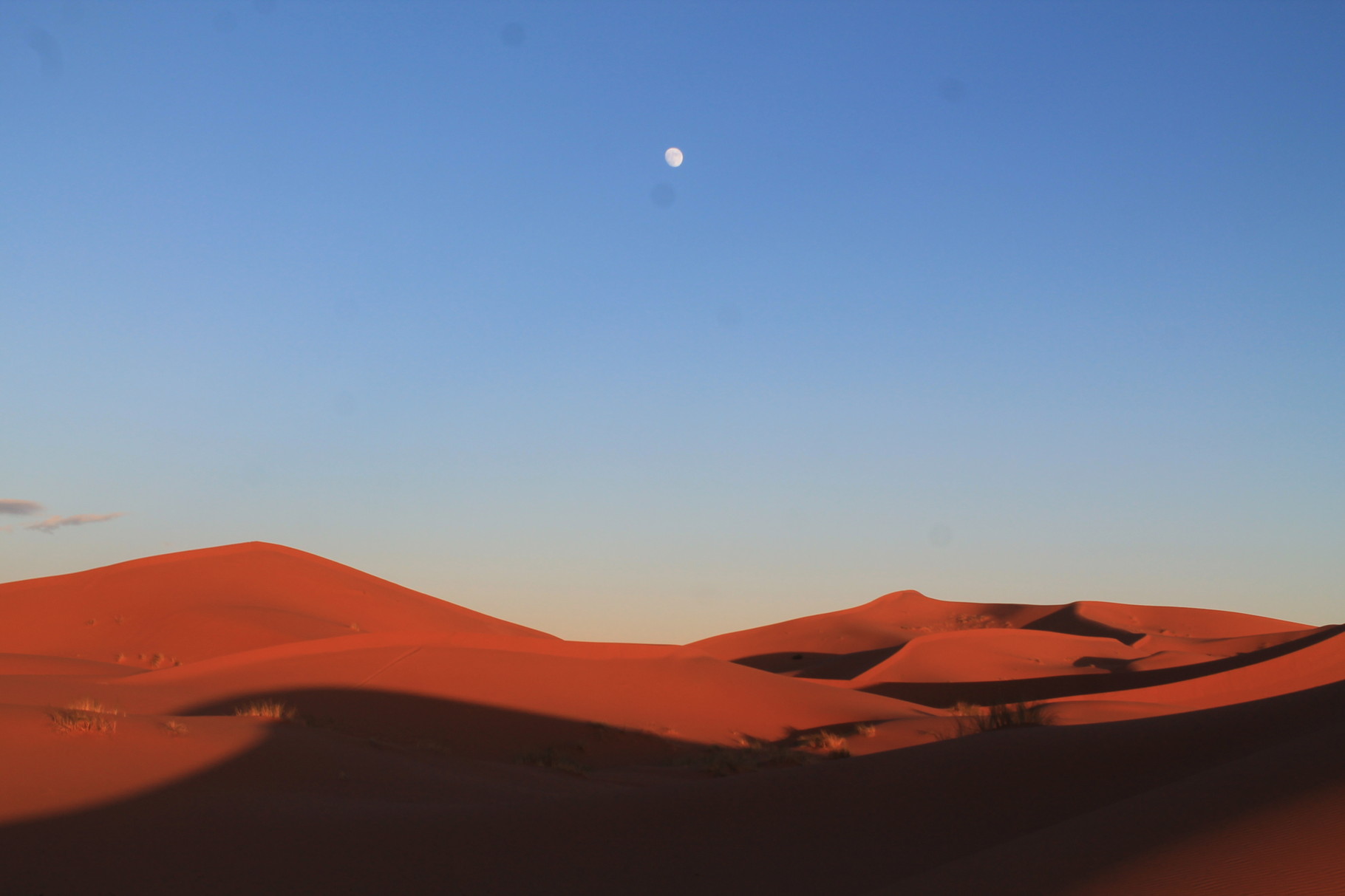 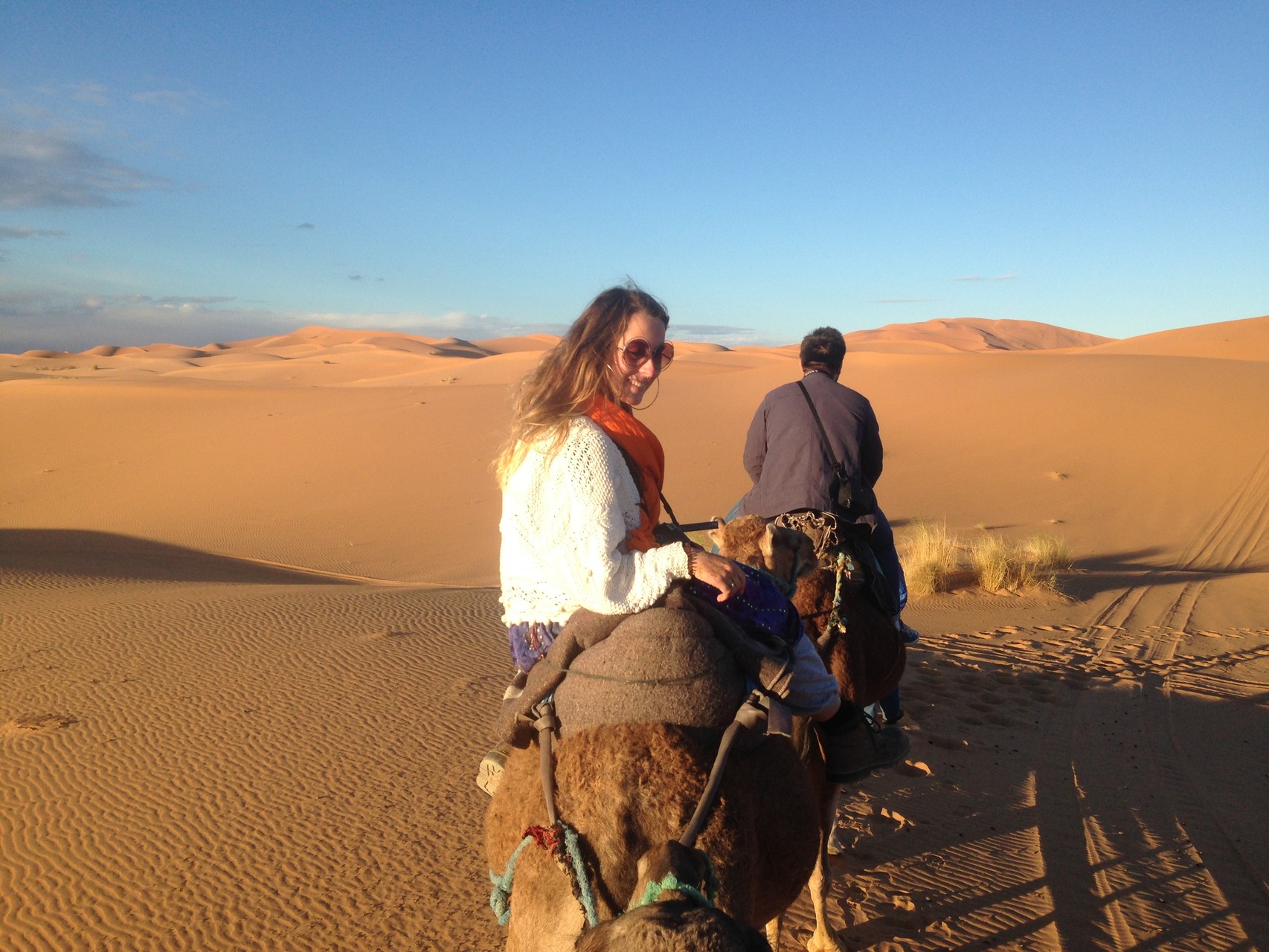