In theory I love Florence but in reality I found it very boring and Ebbs and I spent 50% of our time watching Suits in our tent. The flaw in our enjoyment plan may have stemmed from our complete lack of art history knowledge (or interest) which, given that this city is the home to some of the world's most famous works of art, may have somewhat limited our options for activities.

I was also in a fairly sour mood because on our 2 year anniversary (omg) Ebbs and I caught a bus from Rome to Florence (honestly... I could not imagine a more romantic way to spend our time) and instead of arriving and having a candlelit dinner or a picnic we got a take-away pizza and ate it in our tent.

To get to Florence the bus cost 17 euro and I booked it through GoEuro. There are at least 5 departures from Rome to Florence everyday. We got the 1pm bus which got us there at around 5:30pm. After, we caught the train via Pisa (to see the Leaning Tower) to Cinque Terre.

Make sure you know where you are going when you arrive in Florence. As per usual, we didn’t look up a map of how to get to our accommodation prior to arriving and although there is usually wifi on the bus you cant depend on it and in this specific circumstance it wasn't working and we spent several hours on public buses trying to find where we were staying.

We stayed at 'Camping Michael Angelo' which was a cabin/camping/tent dorm ground that sat on the hill overlooking the city. It was a pretty big hike up the hill to get home after being in the city which made us even less inclined to venture out. We stayed in a 5 person tent dorm that we had to ourselves and cost us $7 each a night.  As it was September it was beginning to get a little cold at night and I probably wouldn’t recommend staying here any later in the year than October. The hostel also had a great café/restaurant where you could get decent and reasonable-ish priced pizzas (7 euro) and breakfast.

As we didn’t have a fridge or kitchen here, food was pretty hard. There were only 2 big supermarkets in the city and they were quite expensive. We went out to dinner one night in a feeble attempt to celebrate our 2 years which was a nice change from supermarket food. We would usually share a pizza for dinner and add avocado, rocket and tomato to make it a little more filling. For breakfast it was fruit and cereal out of a yogurt tub (which we washed out and re-used each time) and I ran down to the supermarket to get milk.

In terms of where to stay (if you aren't at 'Camping Michelangelo') anywhere near the Ponte Vechio is a good location, the main side is flat and continues on to the labyrinth of streets in the main city and the other side peters out and turns into a steep hill and botanical gardens.

We honestly didn’t do ANYTHING in Florence except walk around. We didn’t go to any of the art galleries or the museums because it was too expensive and we didn't care enough for it to be worthwhile. We did sneak inside the Duomo through the exit and had a quick look. It was pretty cool but after seeing a million and one churches and cathedrals in Europe it was nothing worth dying for. The outside however, is truly spectacular (and free to walk around obviously). Walk across the Ponte Vechio at sunset or after dark and there are heaps of street performers including (if you are lucky) the dancing puppet man… whom I cannot describe. One must just experience him for themselves.

We had picnics by the river, walked through the botanical gardens and watched sunset from Palazo Michelangelo which is a view point that looks over the entire city and was a few minutes walk from where we were staying.

The best gelato in the world is sold at the Gelateria La Carraia which we discovered on the second day and then visited at least twice a day for the rest of our time. For 3 euro you get 3 HUGE scoops of the most delicious gelato imaginable... need I say more. 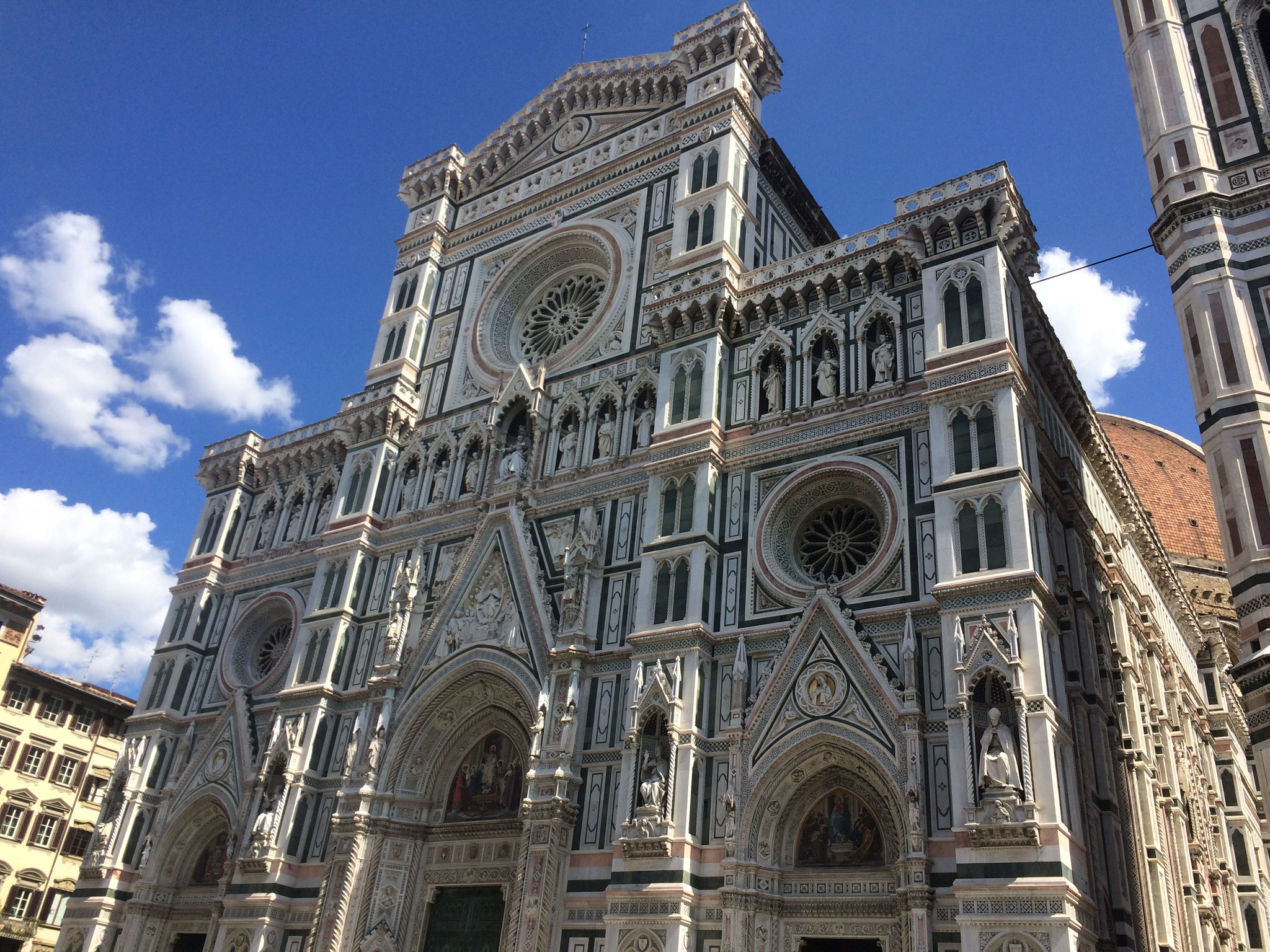 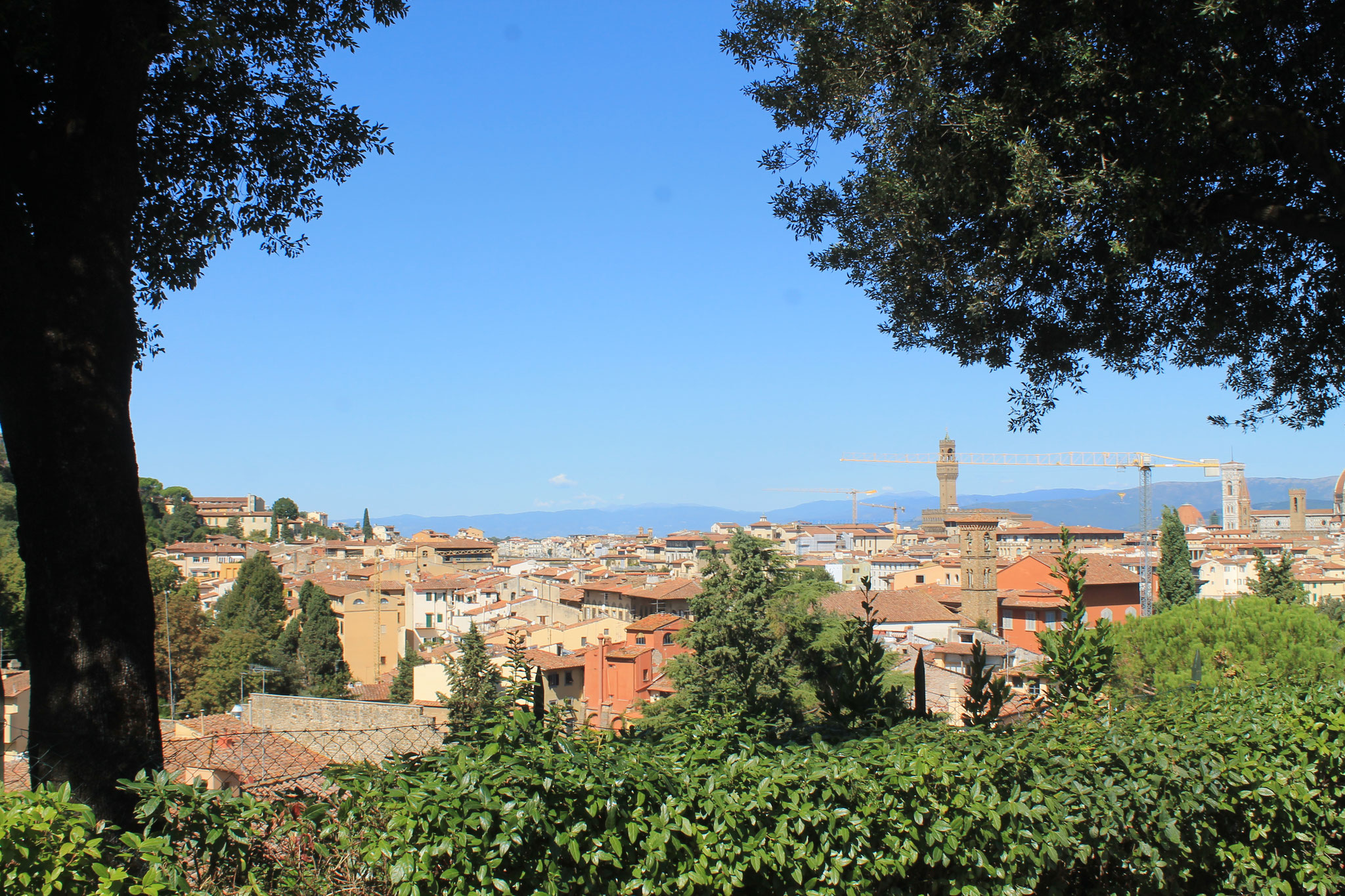 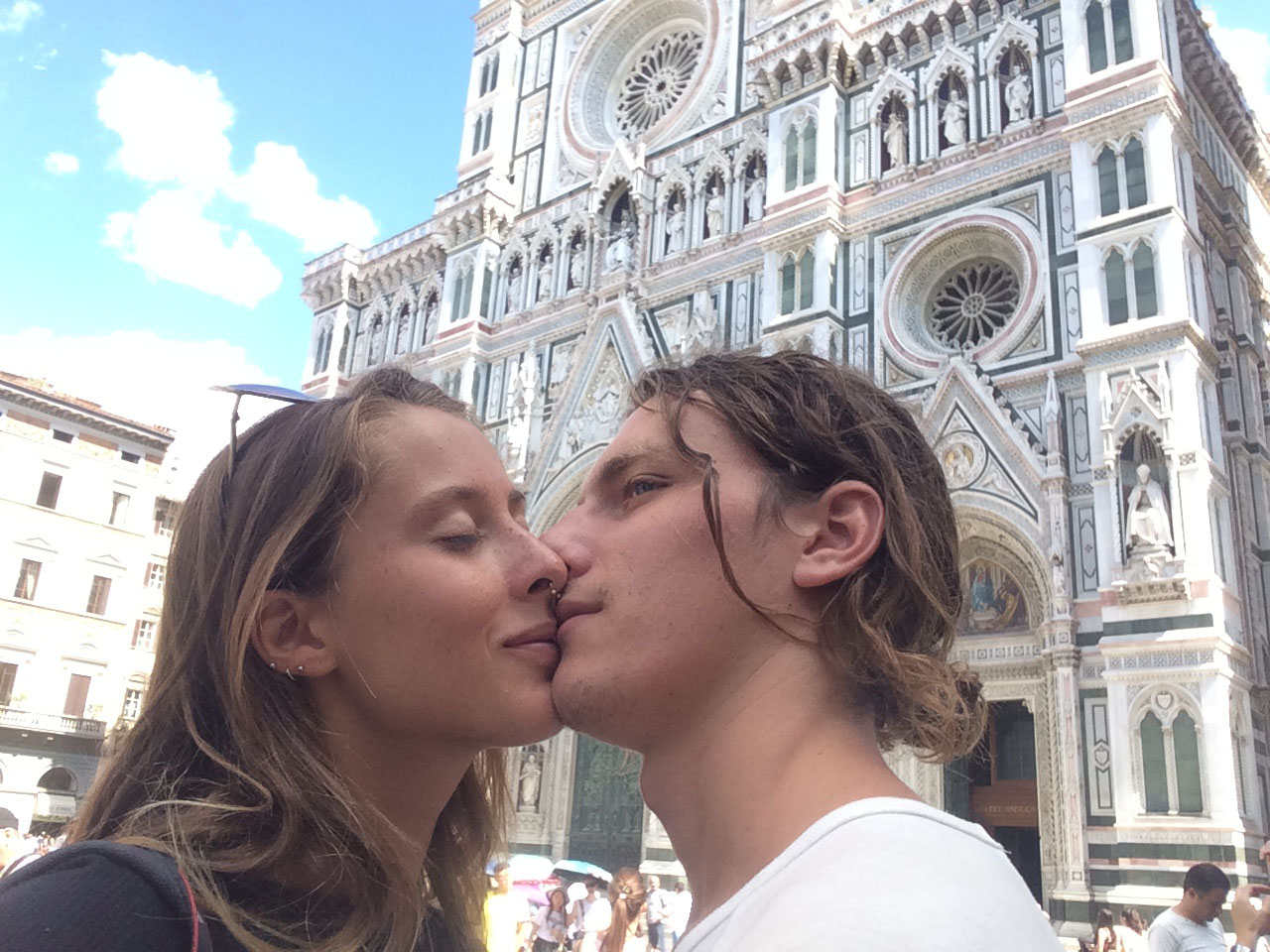 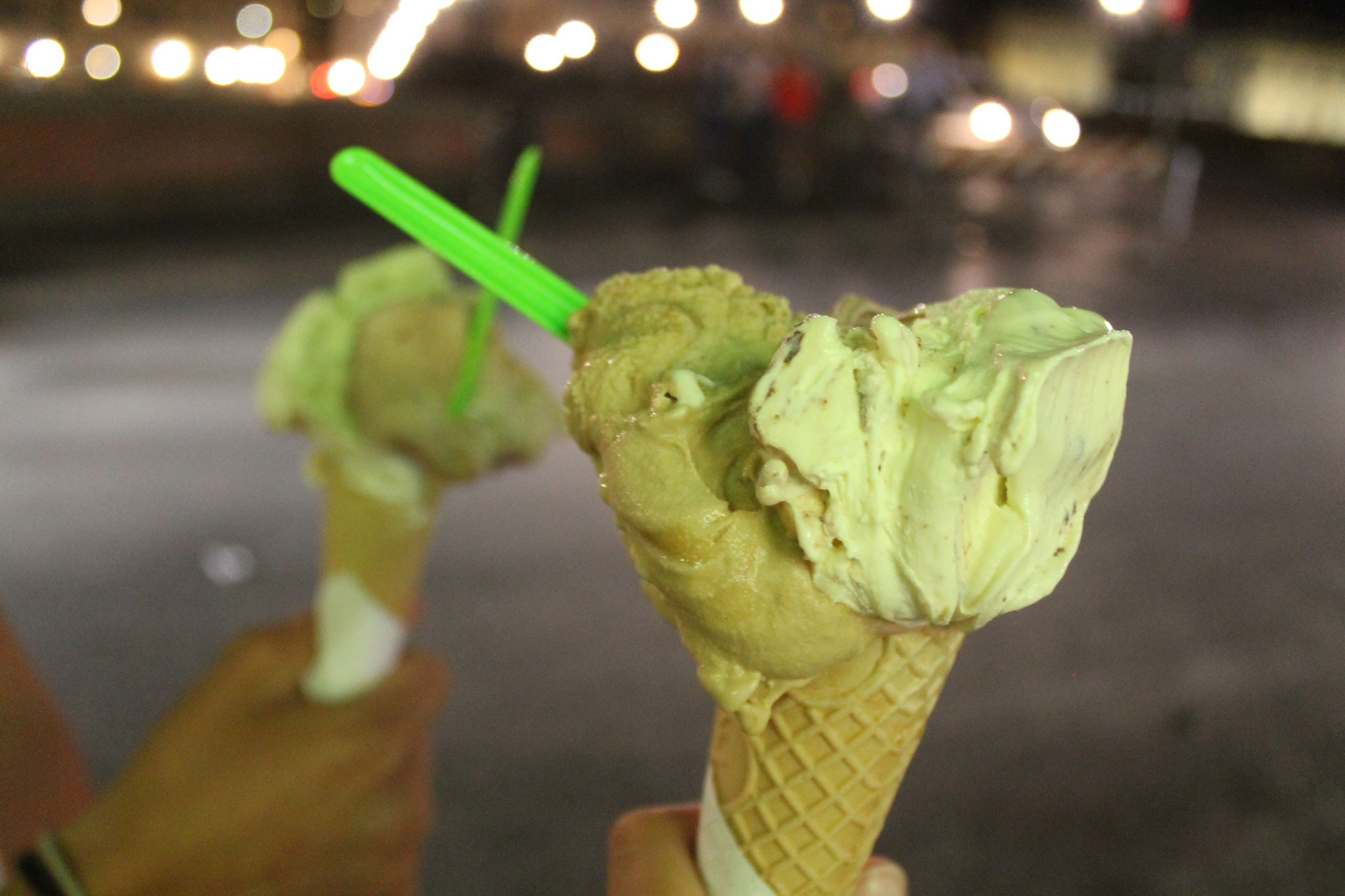 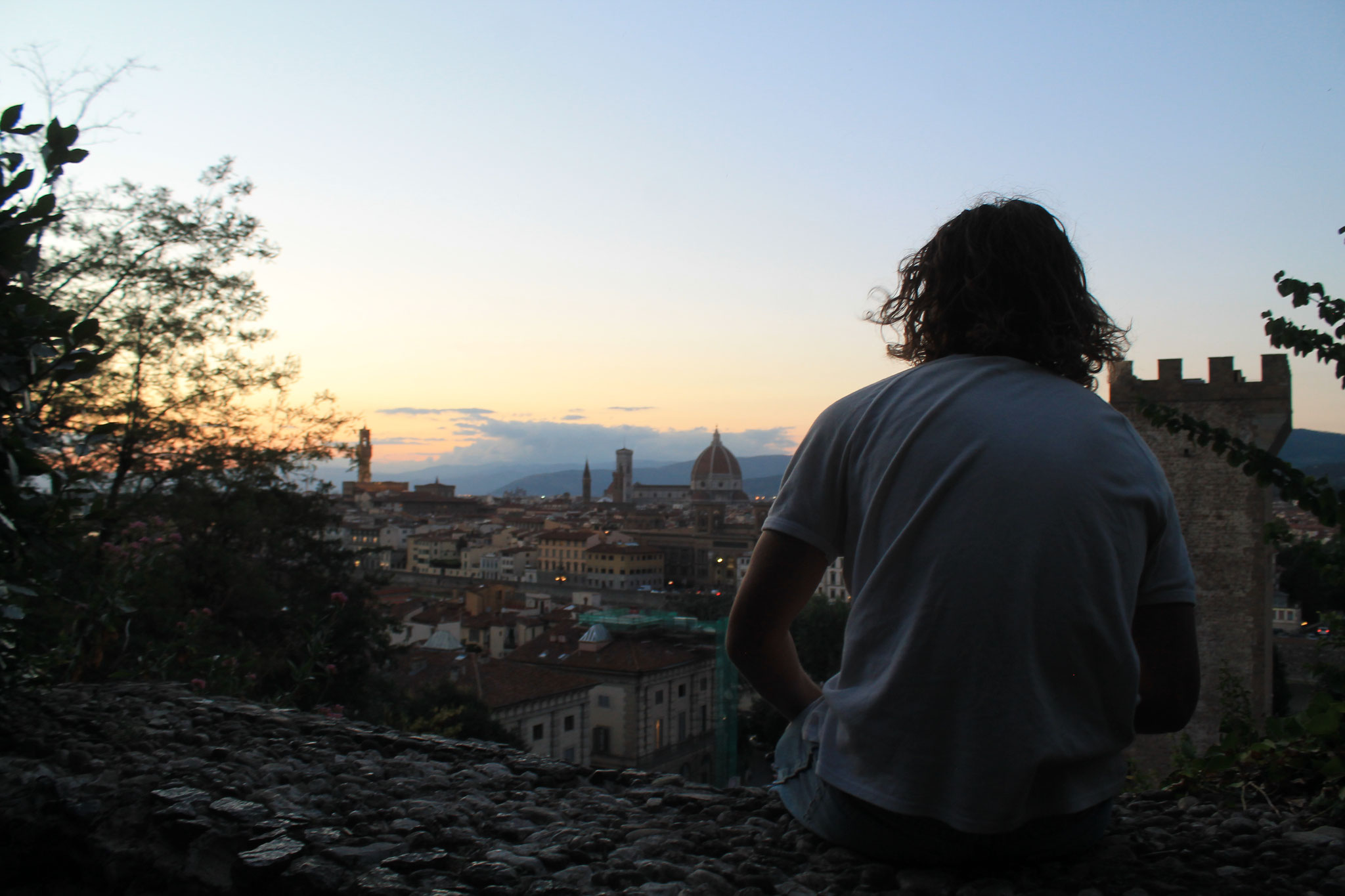 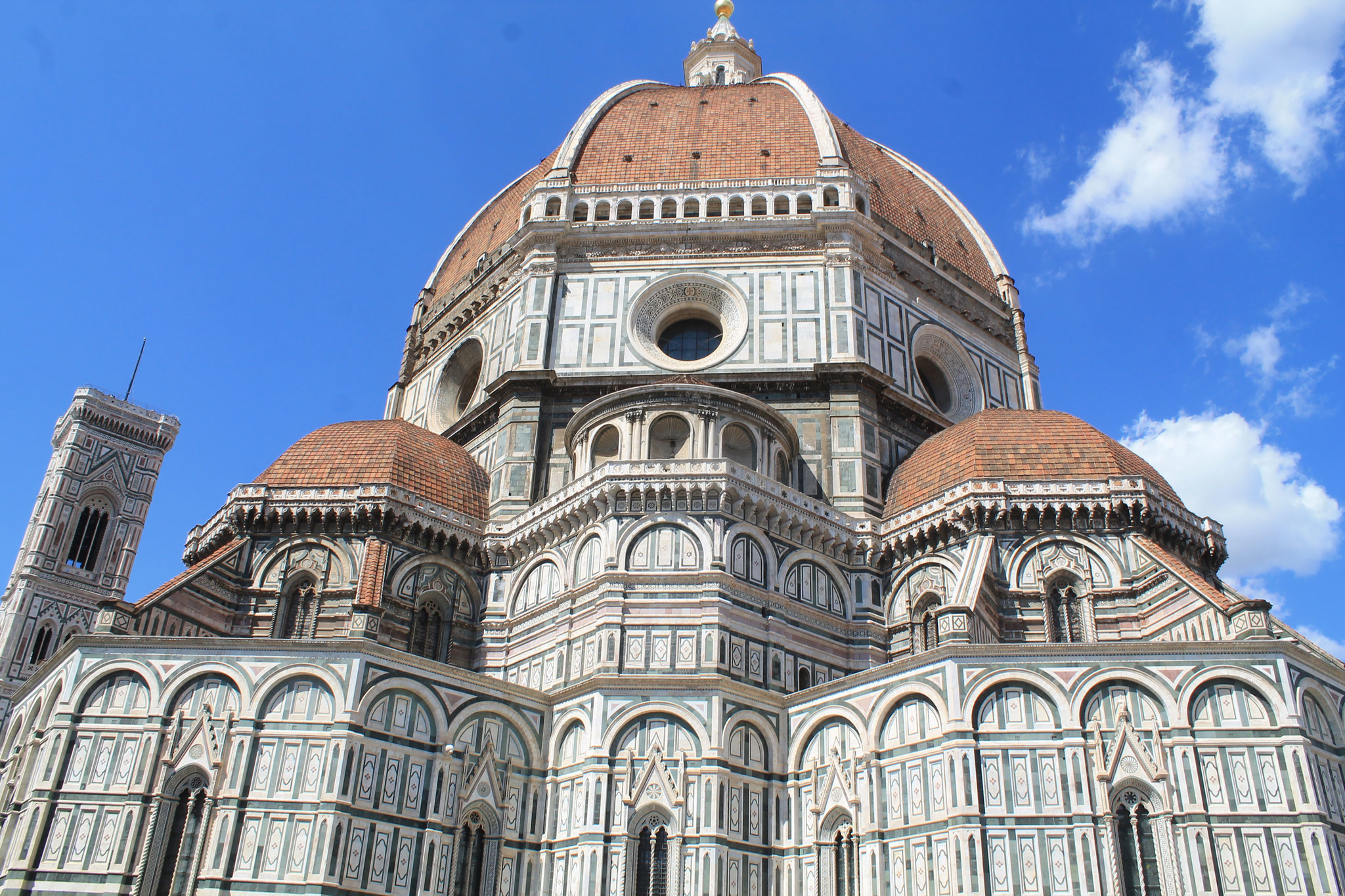 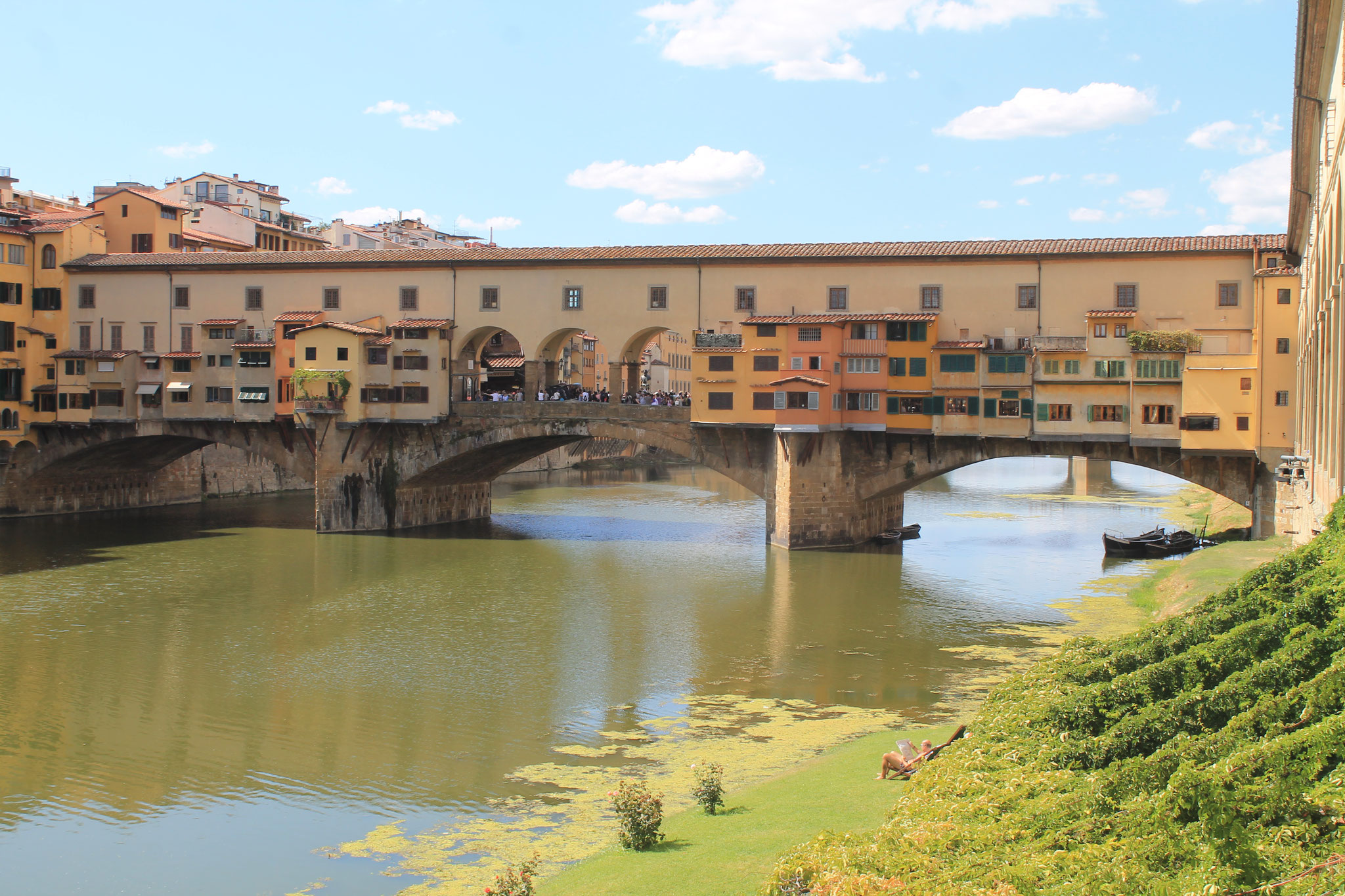 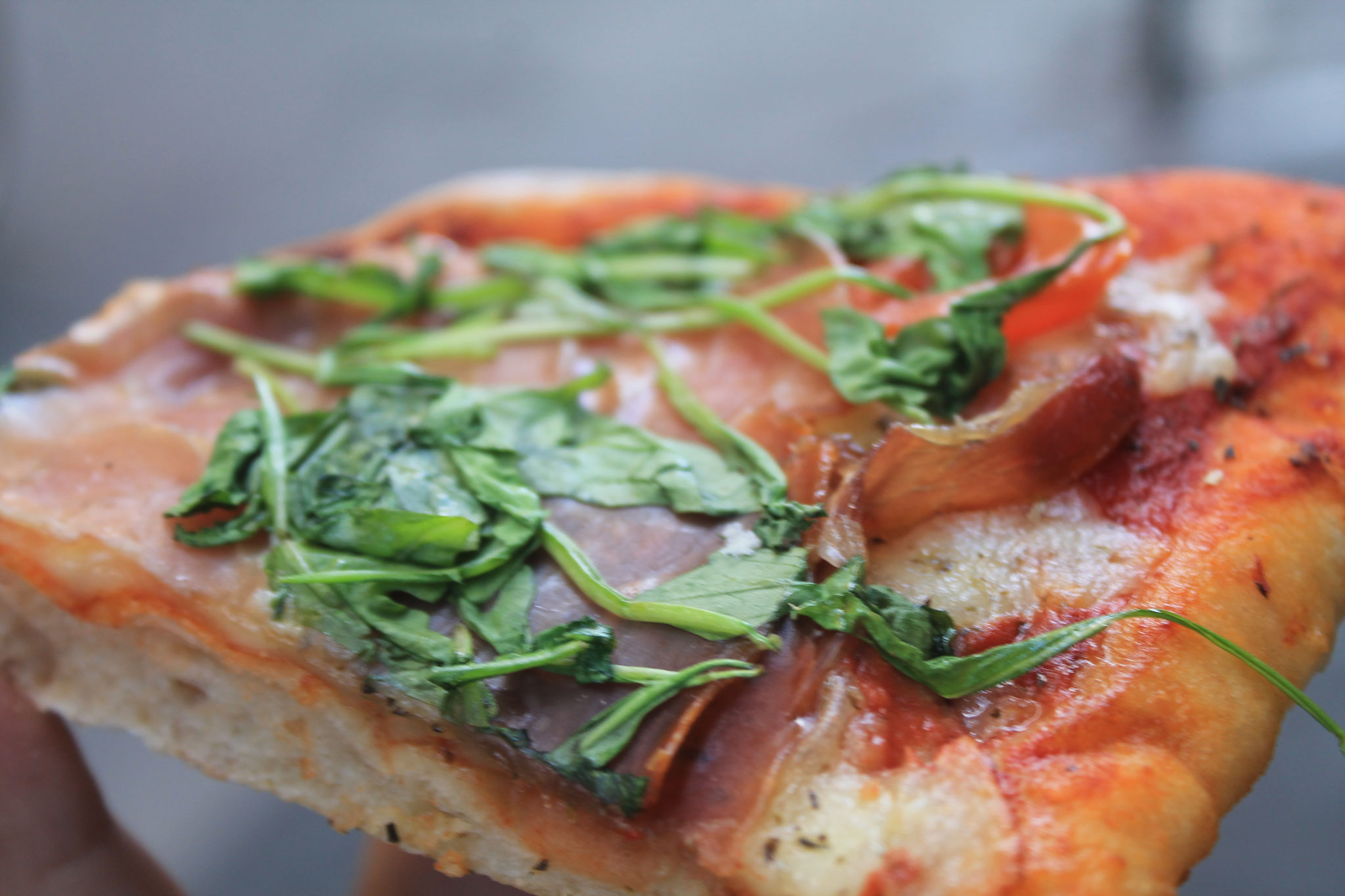 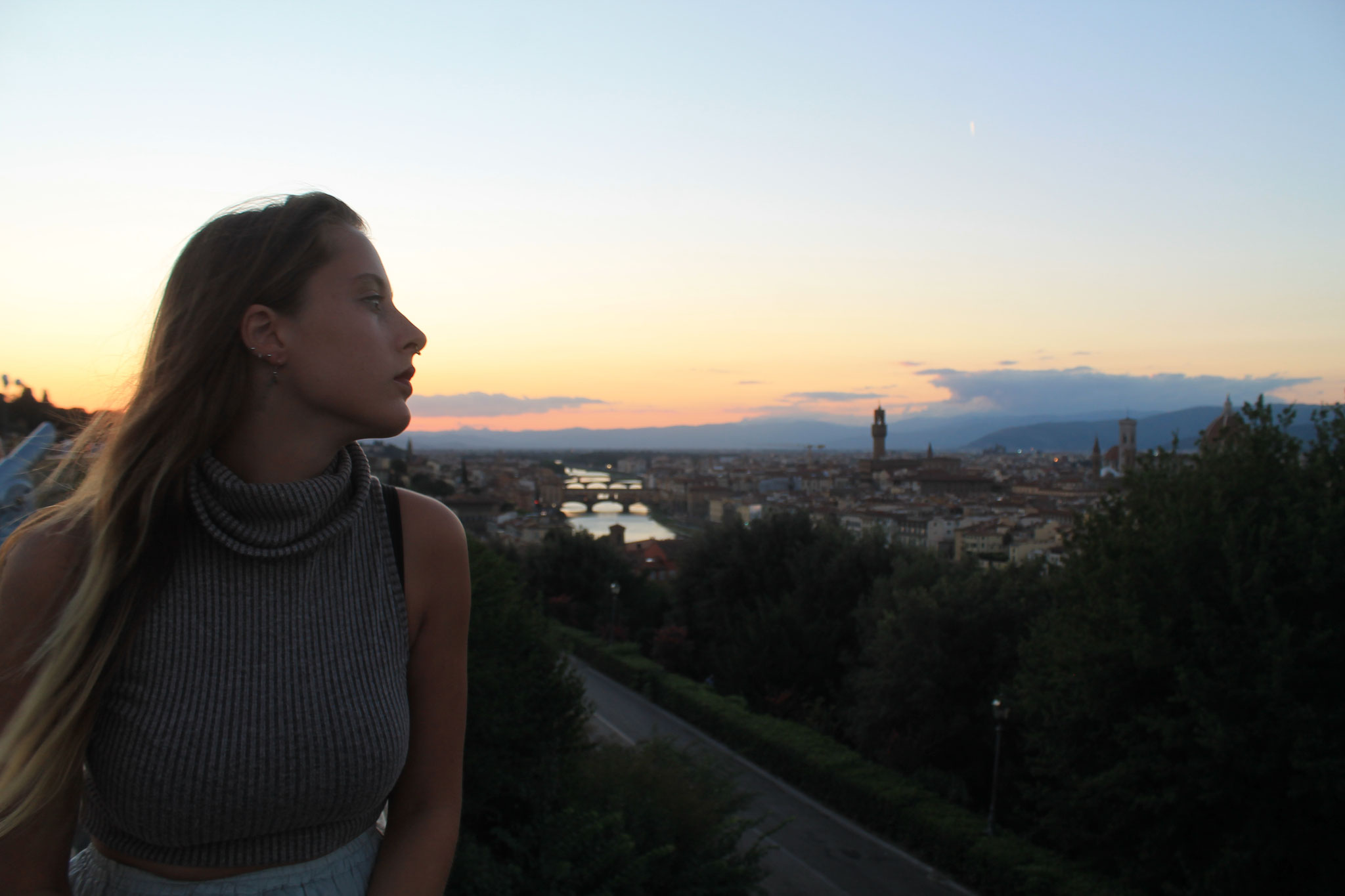 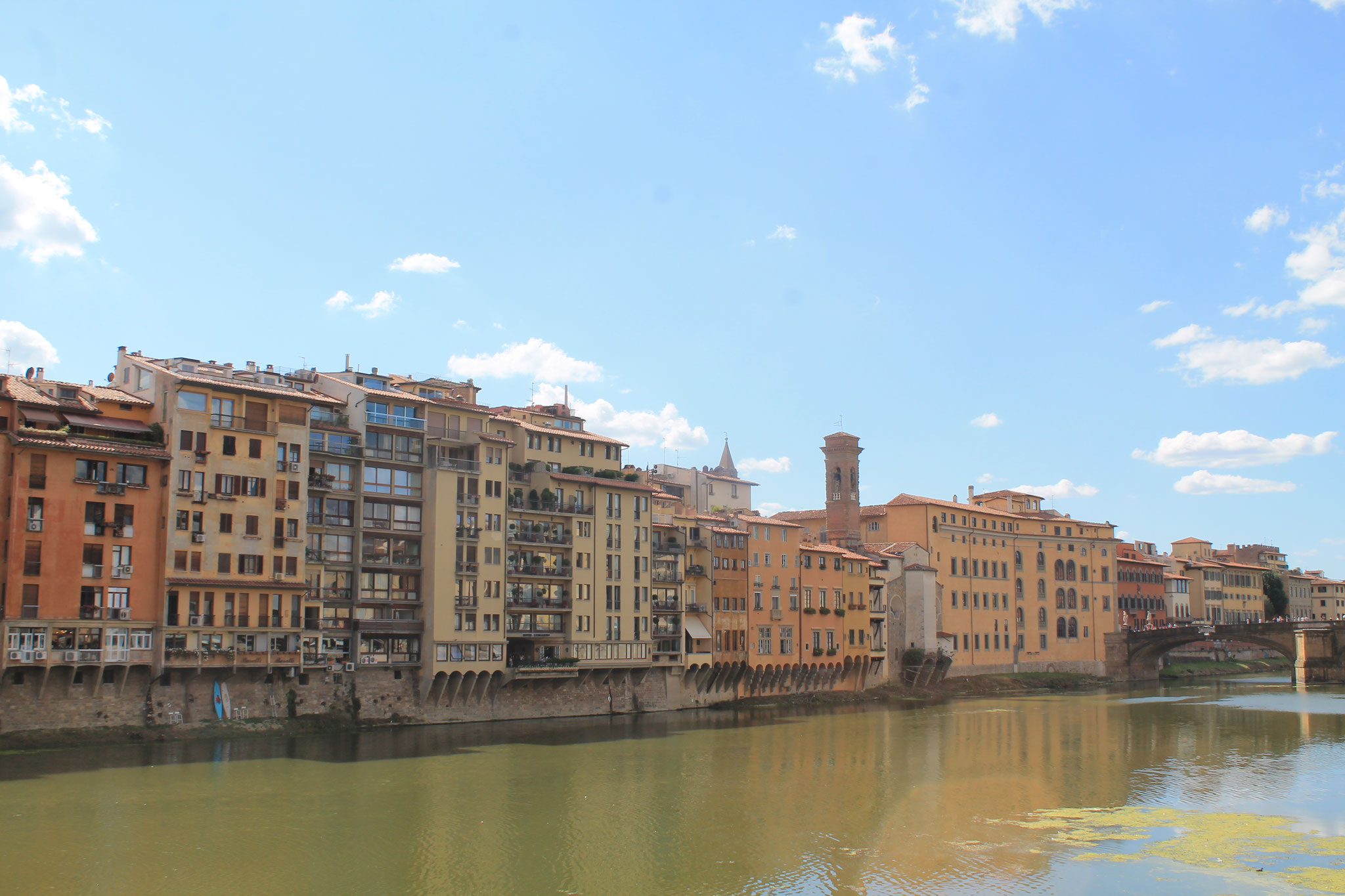 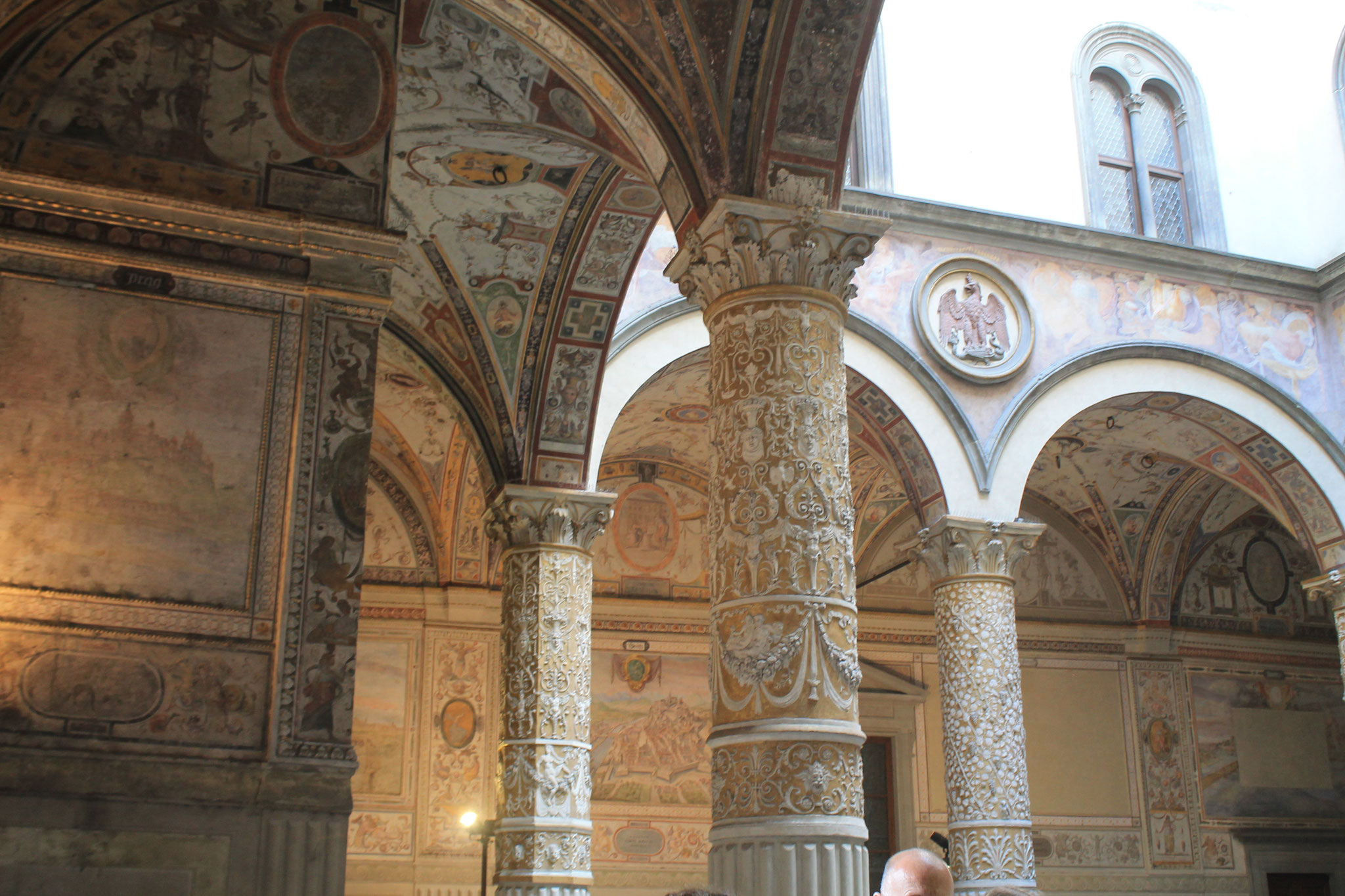 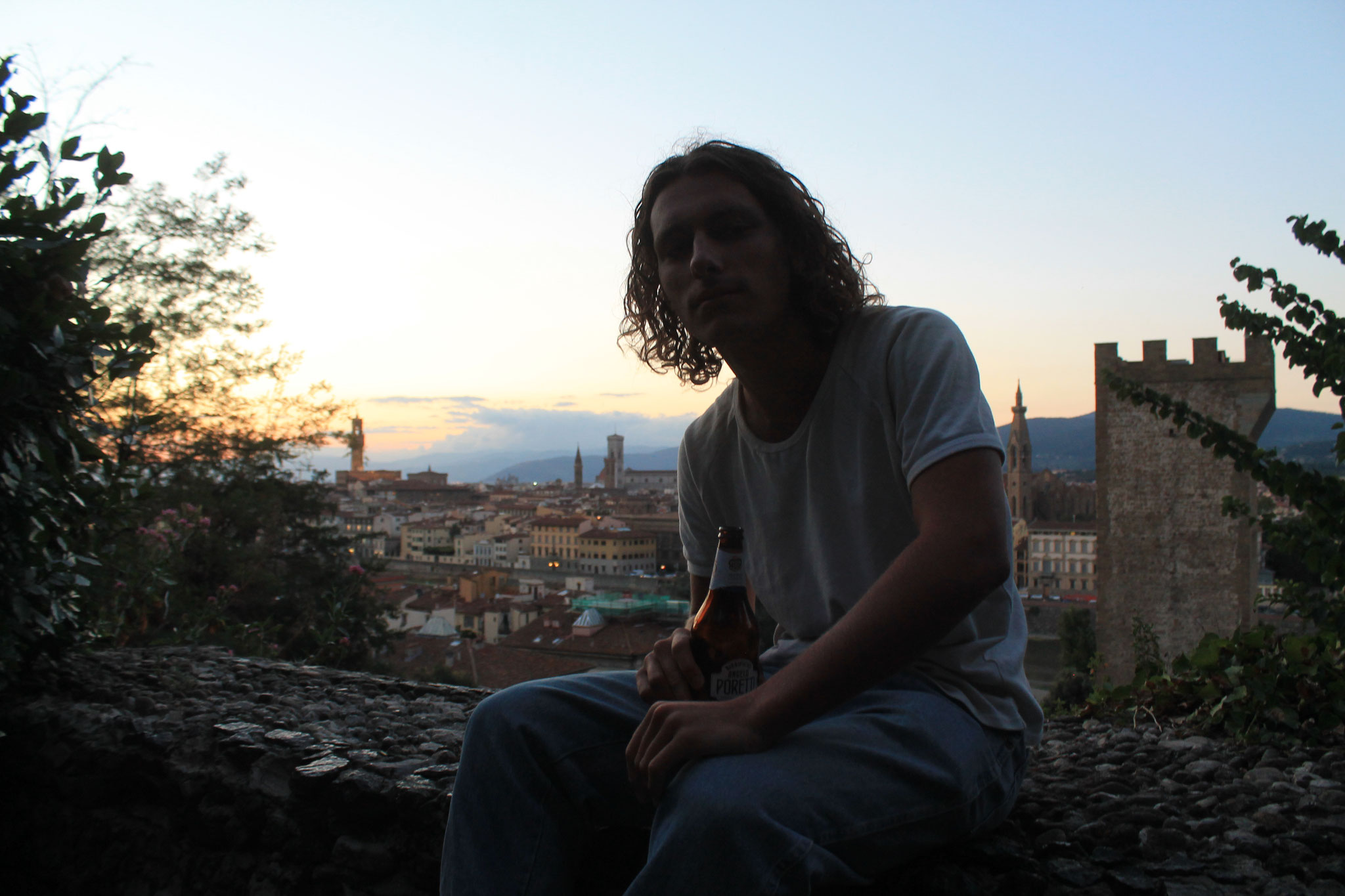 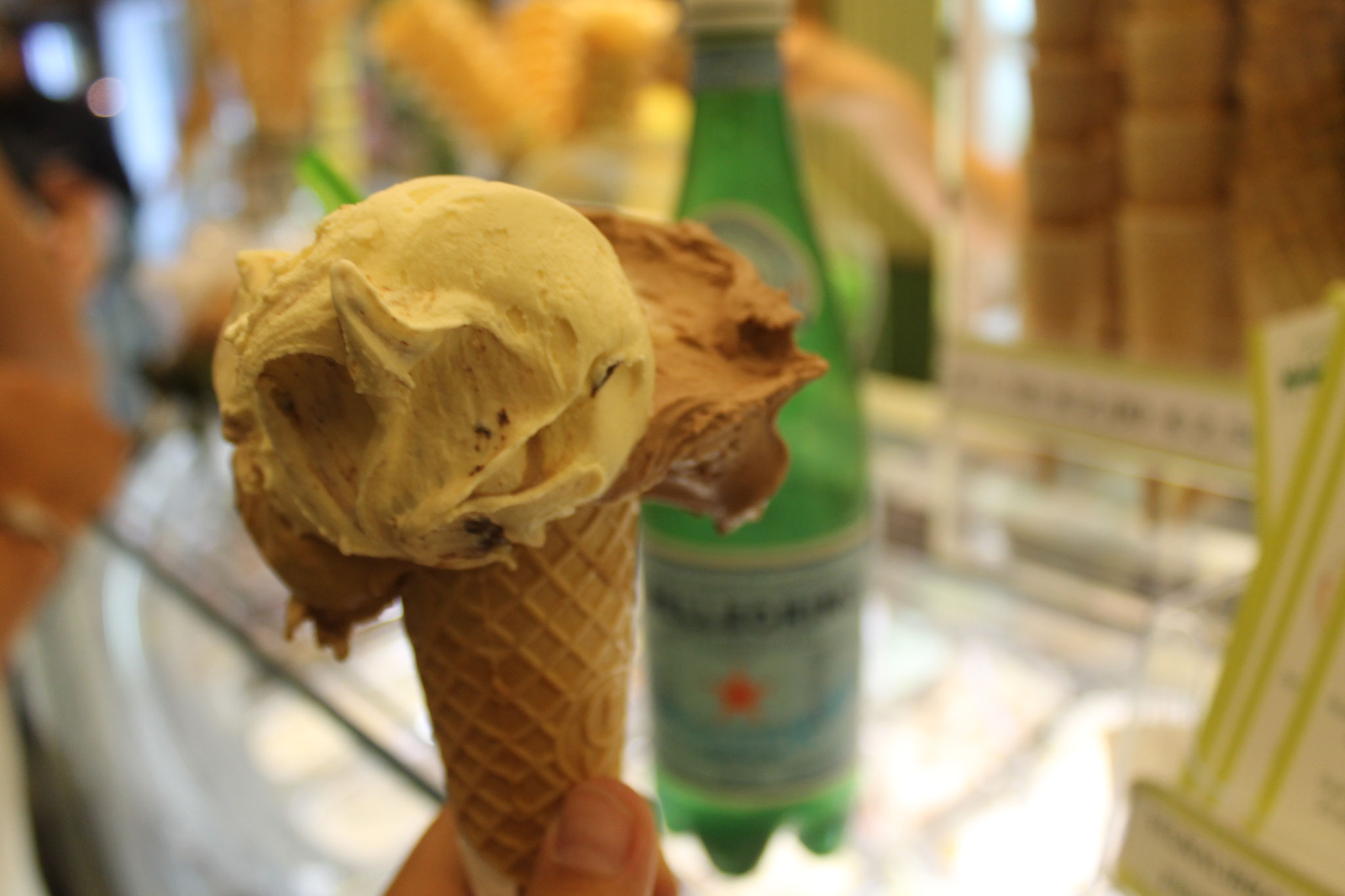 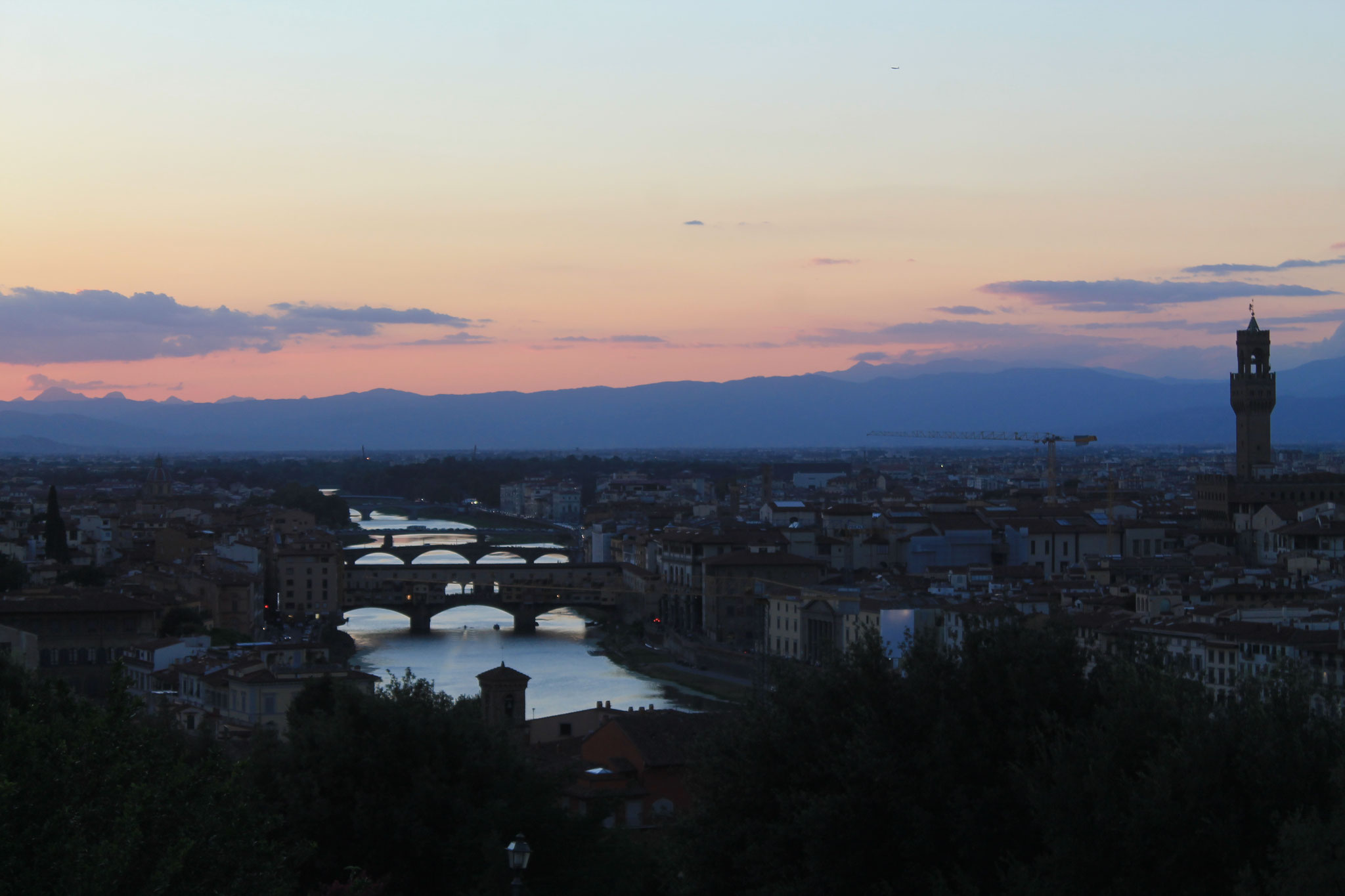 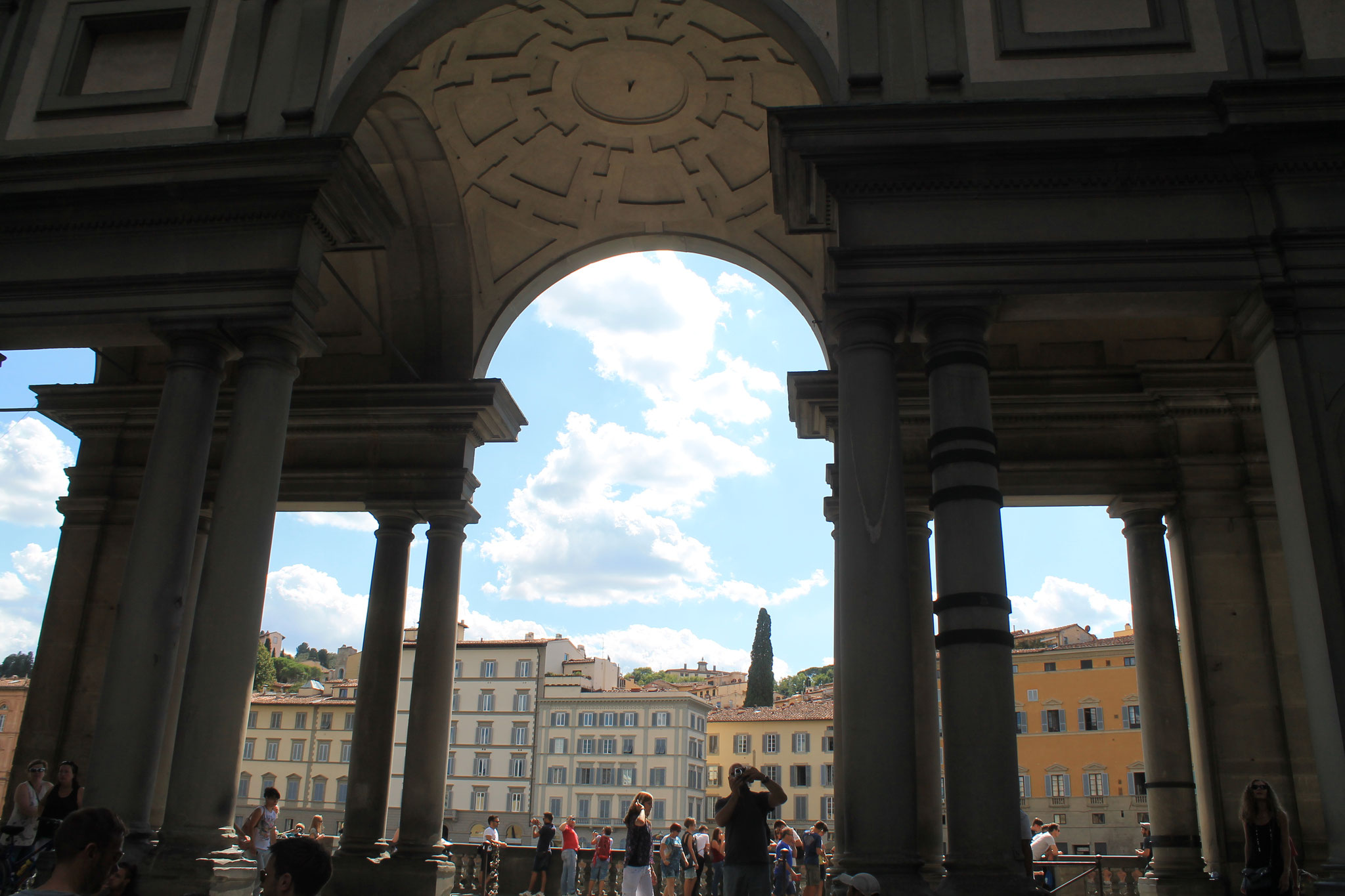 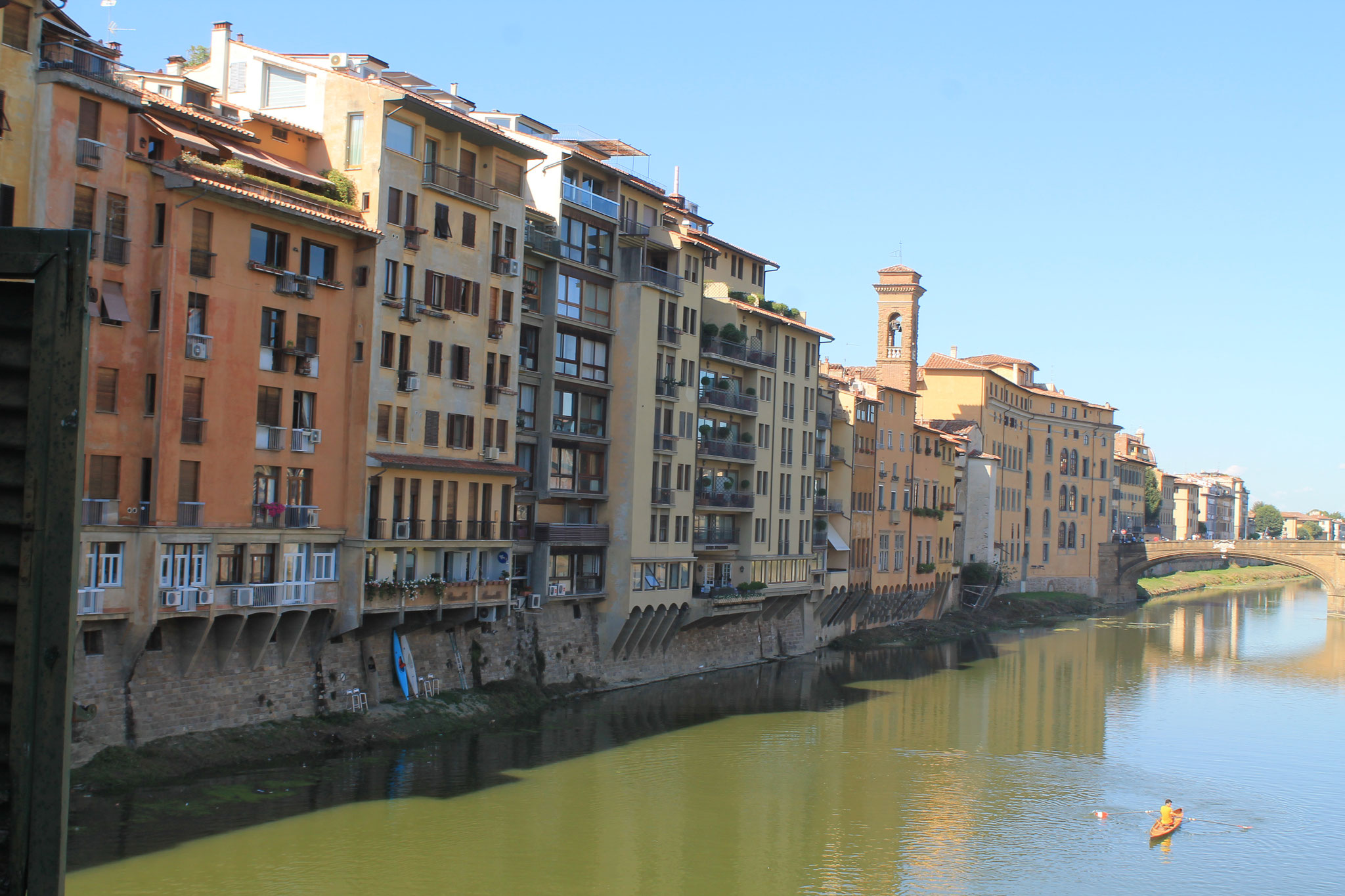 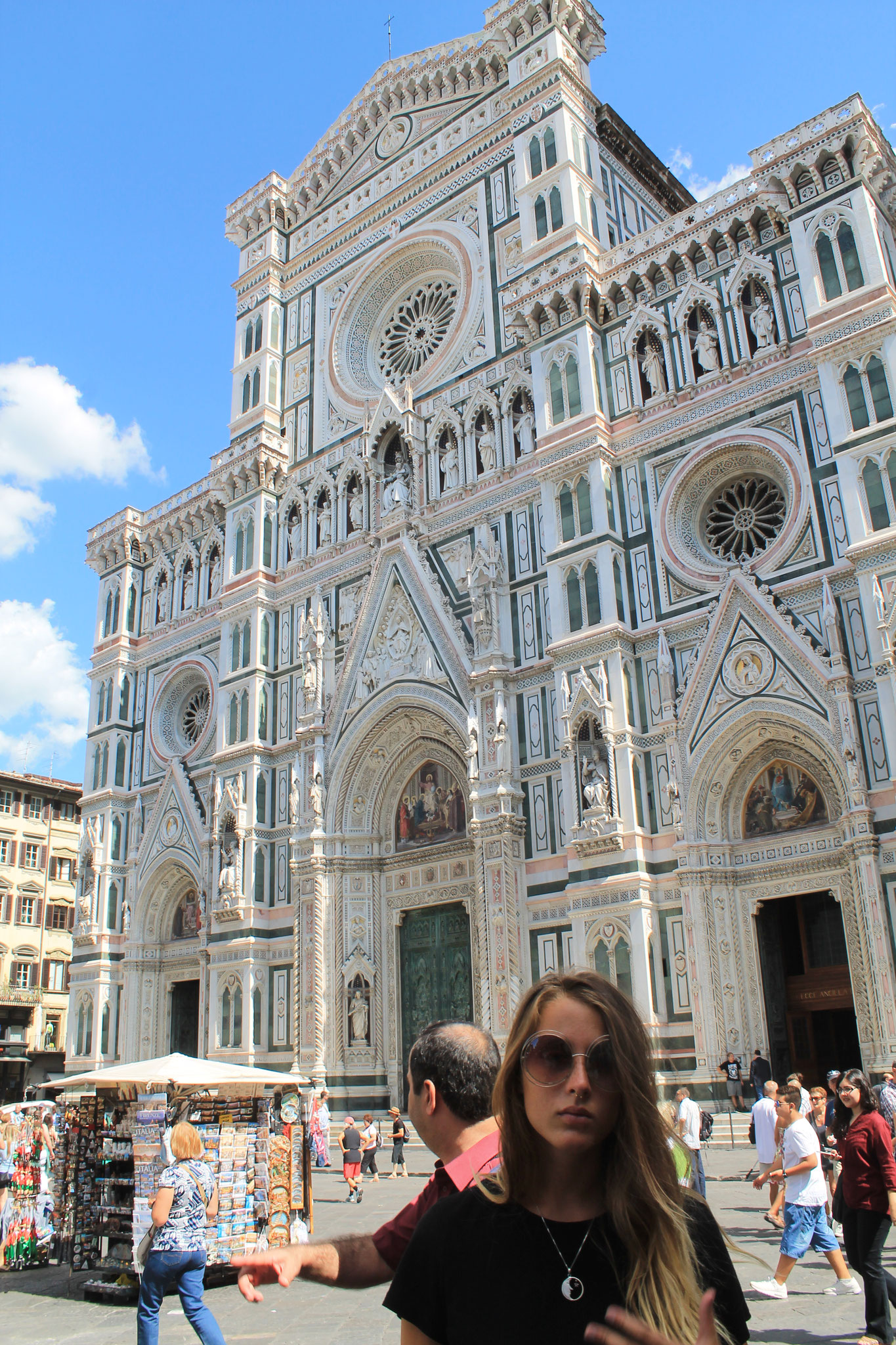 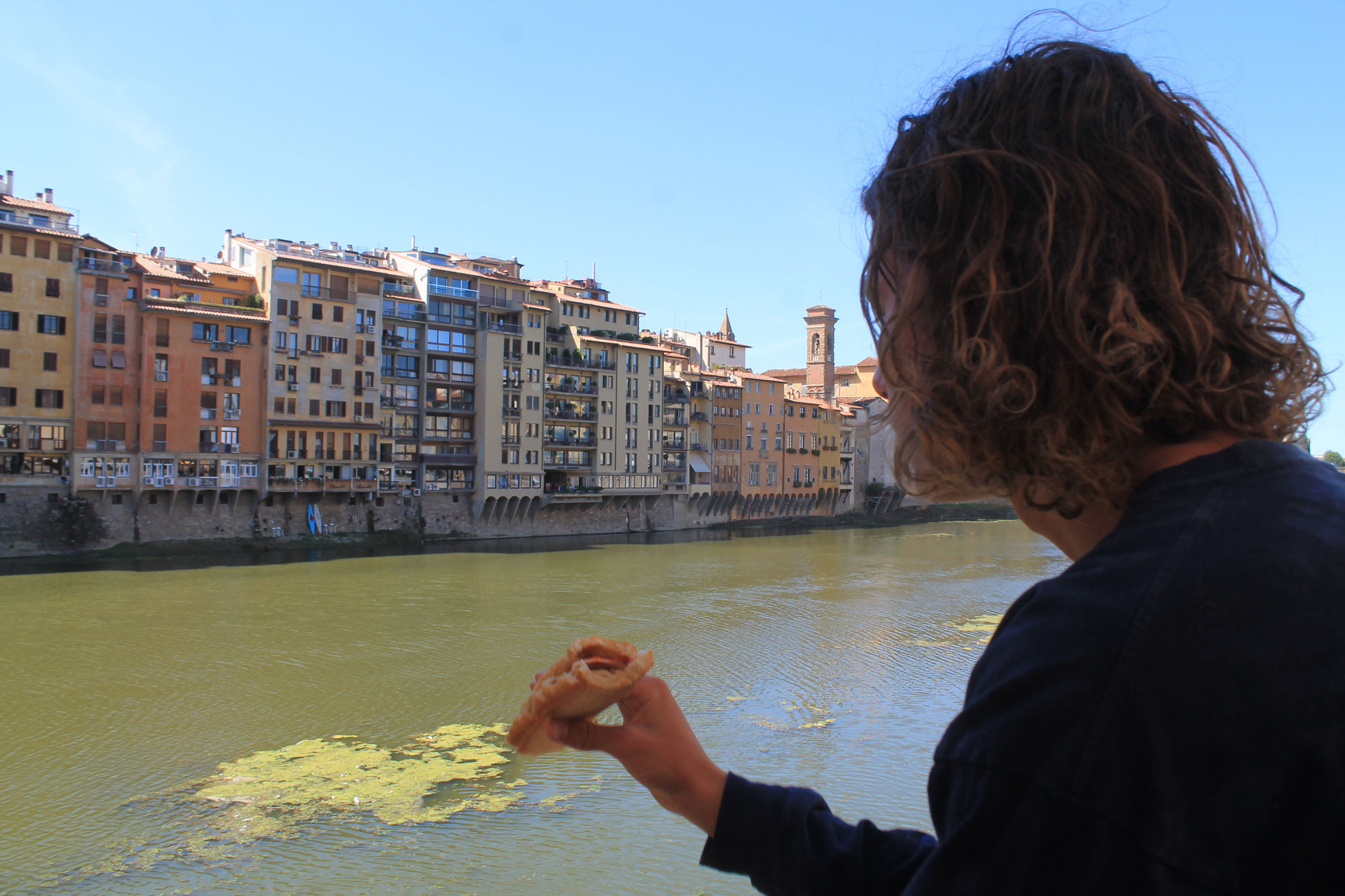 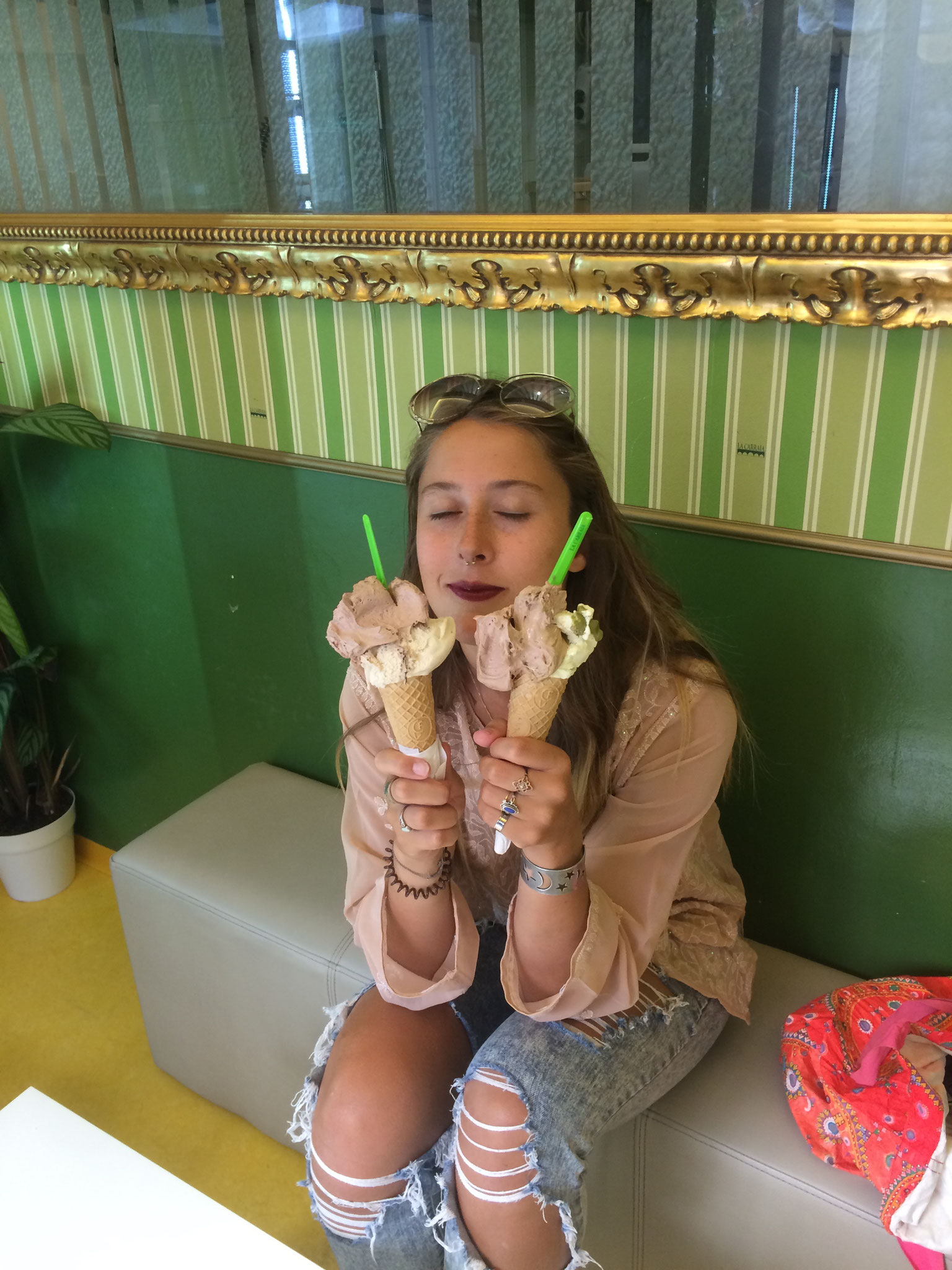 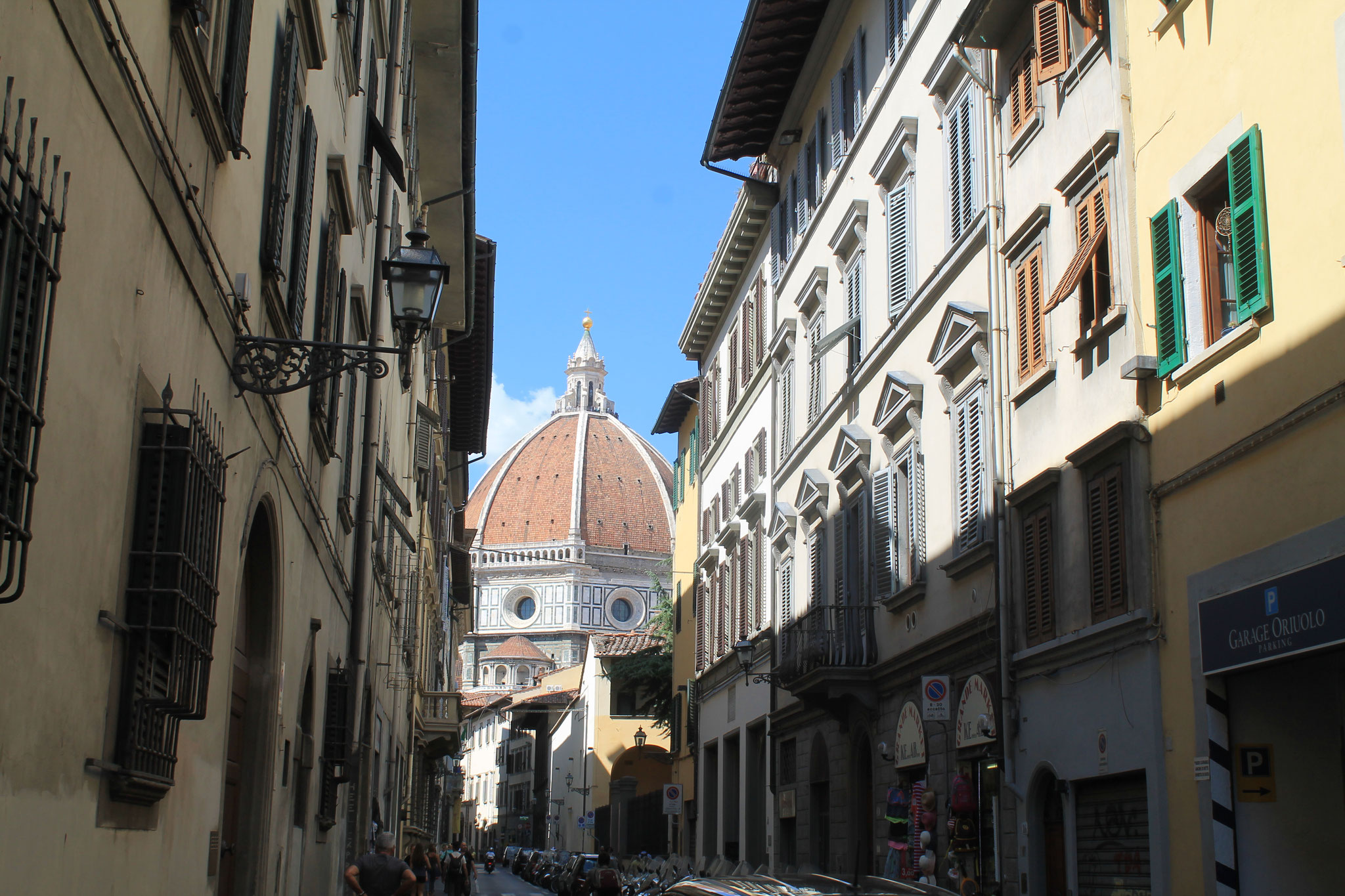 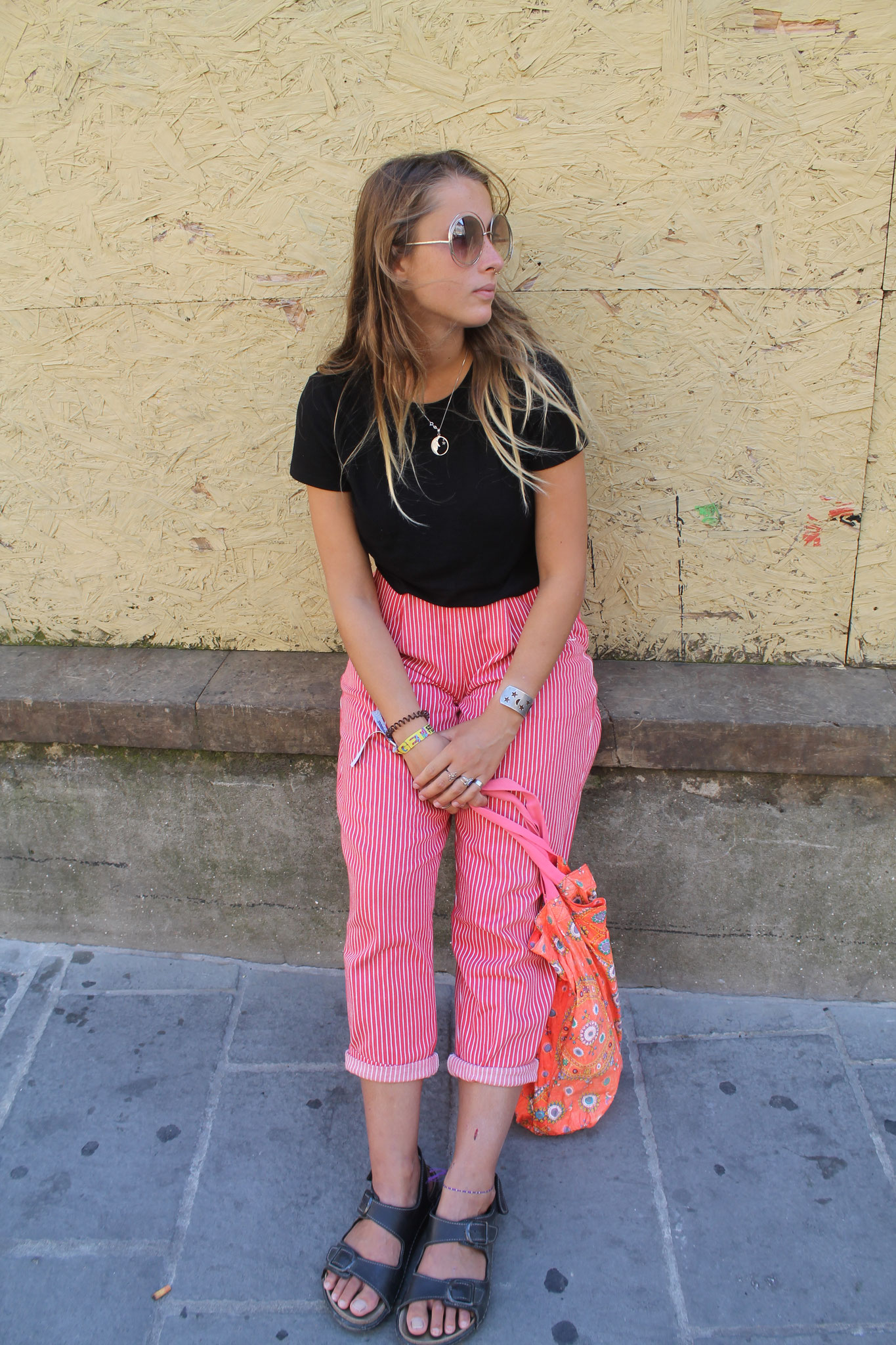 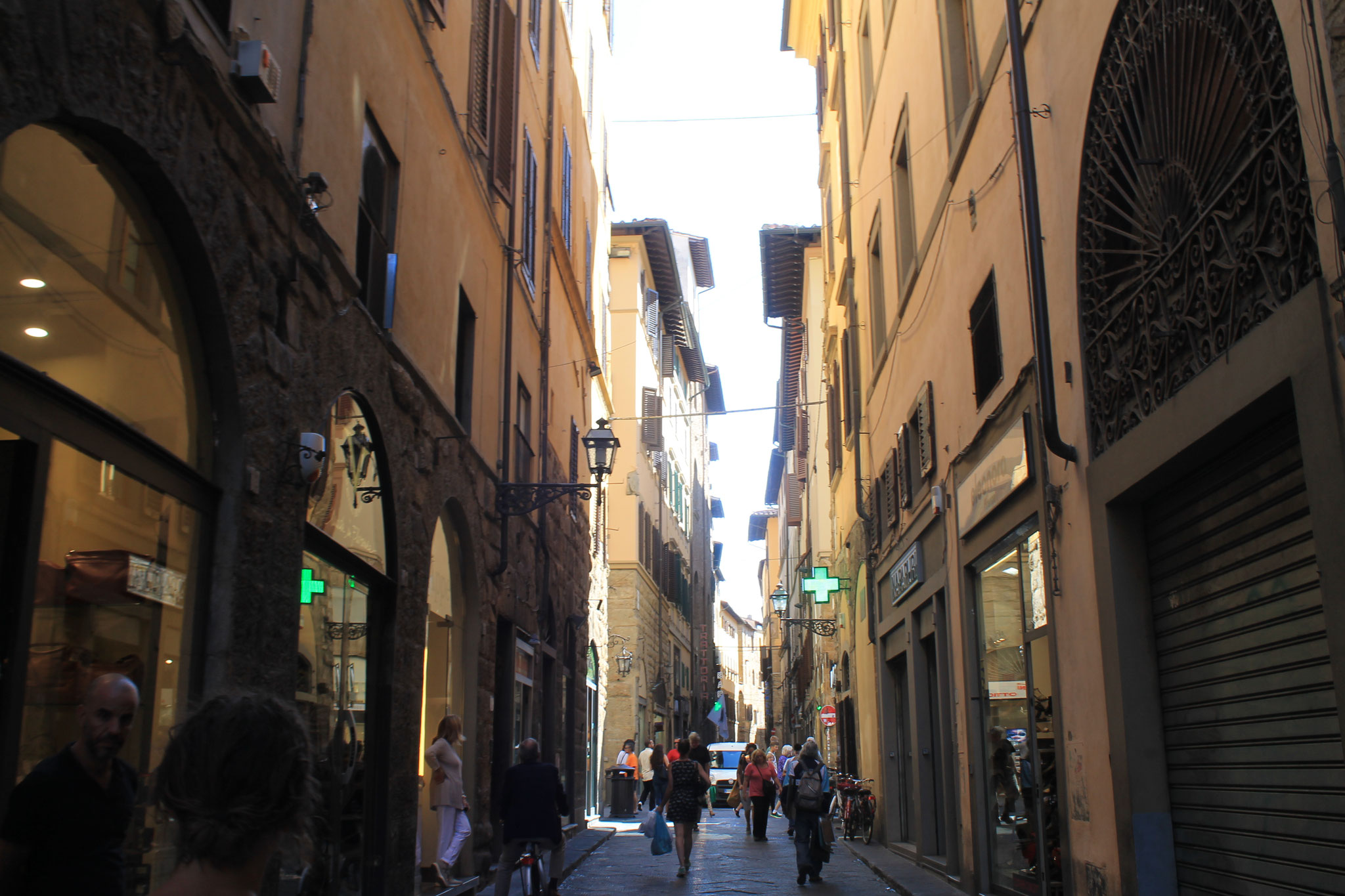