Vancouver; a city in fog

We only had one night here on a stopover from Whistler to San Fransisco but it was still enough time to see the best of the city. Like San Fran, the public transport in this city was really good and we used the Sky Train to get to and from the airport with no difficulties. As it was the middle of winter it was freezing cold and a thick fog covered the entire city like a blanket which didn't lift for the two days we were there. In good weather the city would be surrounded by a wall of snow capped mountains which I really wish we got to see. 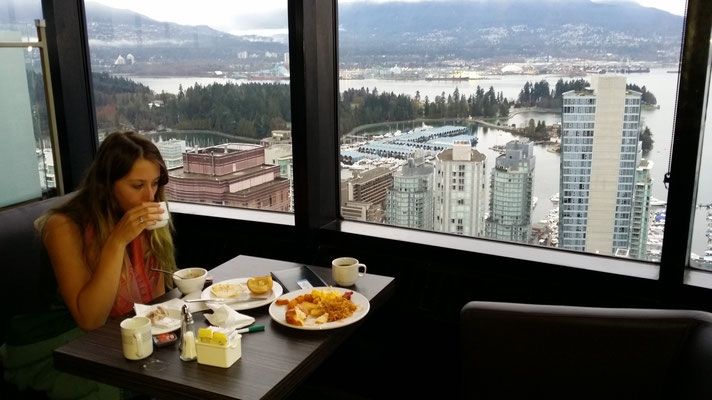 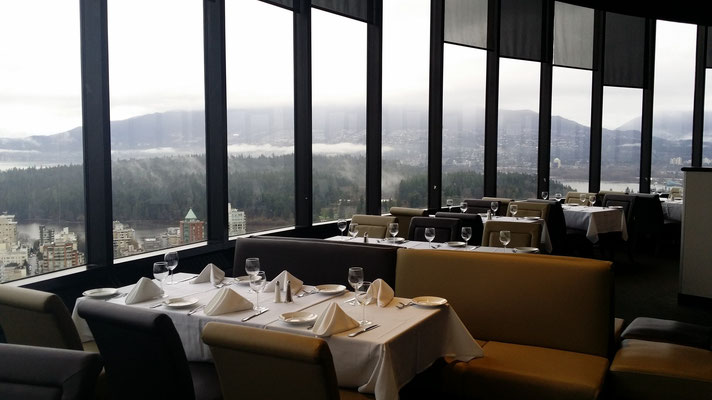 We stayed in a hotel in the middle of the city with an amazing view down one of the main streets. The restaurant on the 45th floor rotated and we had a delicious breakfast spinning around the city. Like Sydney, Vancouver is developed on the shores of a spectacular harbor with a larger emphasis on industry and trade. I found Vancouver to be a pretty strange city, it was incredibly clean and well mapped out and while we were there (it was a Monday) it was incredibly quiet. It's surrounded by thick forest (that made me feel like I was on the set of Twilight) and the city is surrounded by lots of great walks and hikes in the bordering hills. Stanley Park is a massive block of untouched forest with labeled trails running through it on the edge of teh CBD. We spent a few hours here getting lost, stumbling across strange looking trees and walking along the city's sea wall. 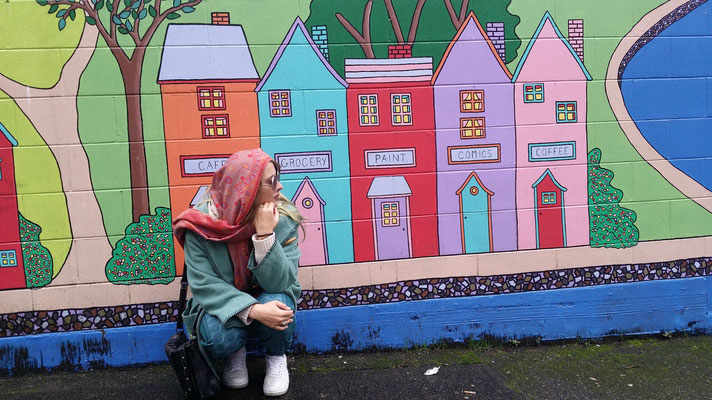 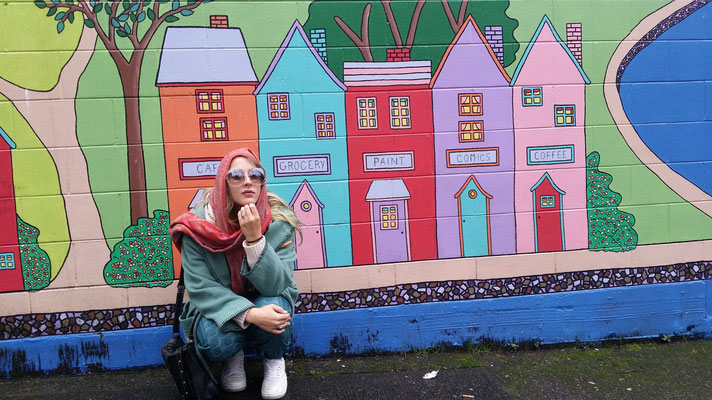 We dedicated our afternoon to shopping and Granville Island Markets. Don't bother going here if your not hungry (which I did damn) because you will regret everything you had eaten beforehand. Granville island is a small separated block of land in the middle of Vancouver's harbor that is dedicated to arts and food. The fresh produce and delicious international cuisine available in here was pretty overwhelming so I settled with half a kilo of berries!!