We arrived in Fethiye mid-afternoon on the final day of our sail from Olympos. The heat was borderline unbearable as we stumbled off the boat and started looking for somewhere to stay. Ebbs and I had no real plans other than that we had to be back in Istanbul for our flight to Budapest in 9 days, so we decided to stay the night in Fethiye and then head back to Butterfly Valley (a place we had stopped for breakfast on the sail).
2 of our friends from the boat also wanted to explore the Valley a little better so the next day, after recuperating in a hostel in Fethiye we left together for Butterfly Valley, via Oludienez.
Oludinez is a beach famous for its crescent moon appearance and many people come here to parasail. It was overrun with British tourists and although the beach was beautiful it was hard to appreciate because of the crowds.  We were going to go parasailing but decided against it because of the cost ($90 au pp). I actually really wish I had done it but I suppose now I have a reason to go back...
Getting there
Once in Oludinez there is a ferry that runs every few hours and cost $5 pp that will take you to the Valley. There is no other way to get to Butterfly Valley as there are no roads that connect it (unless you want to abseil down (which is actually something people do as a part of the Lycian Way Trek).
To stay in the Valley you have to pay an entrance/camping fee of $25 to the family that 'own' it... although it was overpriced especially for Turkey (and because we had to sleep on the beach) the price does include breakfast and an incredibly delicious dinner (which you need because there are no shops or places to buy food here) there are also treehouse/ cabins and tents that can be rented out but sleeping on the beach was so much nicer especially in the warm weather!
What to do here
We spent our time lazing on the beautiful beach, climbing up the waterfall at the back of the valley and sitting around a campfire. There are yoga sessions in the sunflower fields several times a day (for $6 per session) and pomegranate trees EVERYWHERE (yay free pomegranate). Without a doubt the best part about being here was the sunset. The sun set directly in the center of the valleys opening, disappearing on the horizon in a haze of vivid pinks, purples and oranges and attracting all the turtles to the surface to basque in the light.
We left the next day on the first boat back to Oludinez after breakfast where we planned to get a bus to the next valley called Kabak.

Kabak valley was a different experience all together. We had no actual knowledge of what it was like or where to stay but trusted recommendations of other people we had met who had said it was fantastic. Its safe to say it was not what we expected and I don't think I'd rush back... The first downfall from Butterfly Valley was the deathly pilgrimage down a rugged dirt road in a 7 seat van (that had over 15 people in it). All our luggage was 'strapped' to the roof and it somehow defied all the laws of science and stayed there despite the fact the van was almost on its side bouncing around the corners. Once we actually got there and got over the surprise and excitement of not dying on the way down we were hot and hungry wanted somewhere to base ourselves. After the expensive night at Butterfly Valley we wanted some cheap accommodation and food (we didn't care how awful it was). We found that the prices in Kabak valley despite there being heaps more options were just as expensive if not more expensive than Butterfly Valley. The camping place we were planning on staying at was completely overpriced for our budget and considering we didn't have a tent anyway and would be sleeping in the dirt we decided to just sleep on the beach again. This did mean however, that without the camping inclusive of food we had nothing to eat... Adding to this discomfort was the 38 degree heat that was beating down on us. All in all, our time here was looking and feeling incredibly unpleasant.
We ended up sitting under a wooden shelter in the shade in one of the bungalow resorts where we waited for the sun to set (a whole 8 hours). It was a grueling afternoon, we swam as much as we could to stifle the heat but it was somewhat pointless as we were hot again as soon as we got out. When sunset came our hard-work seemingly payed off, we headed for some, now deserted, beach shacks on  the sand and set up our sleeping bags, and watched the sunset. Sleeping next to us where a few middle aged Turkish hippies who were almost too friendly and made the rest of our night incredibly 'interesting'. We hung out on the beach and listened to some of their absurd (mainly drug related) stories until we all fell asleep. The next morning we woke up miraculously refreshed and went for a swim before heading back up the mountain for breakfast at one of the gozleme restaurants overlooking the bay. 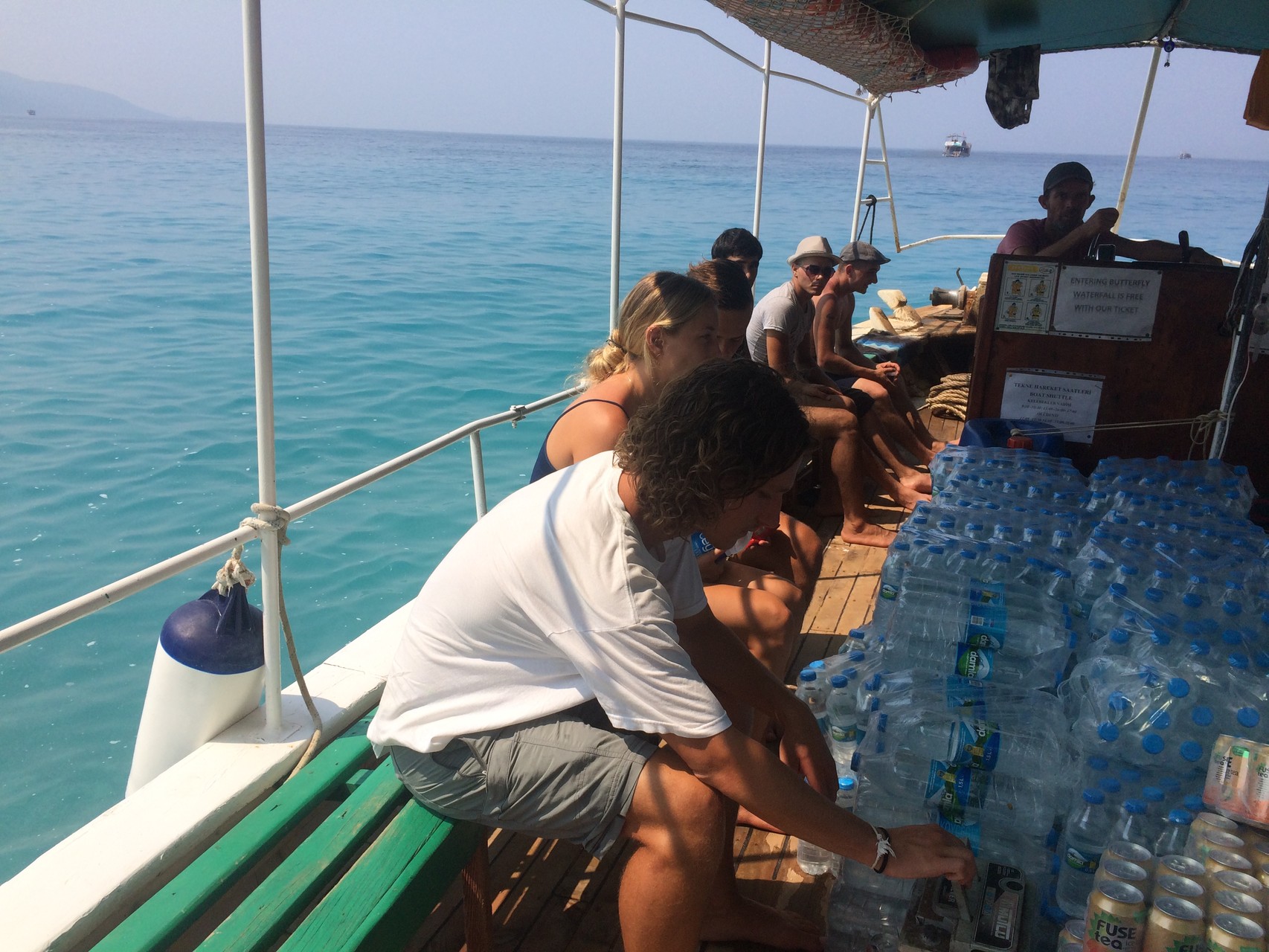 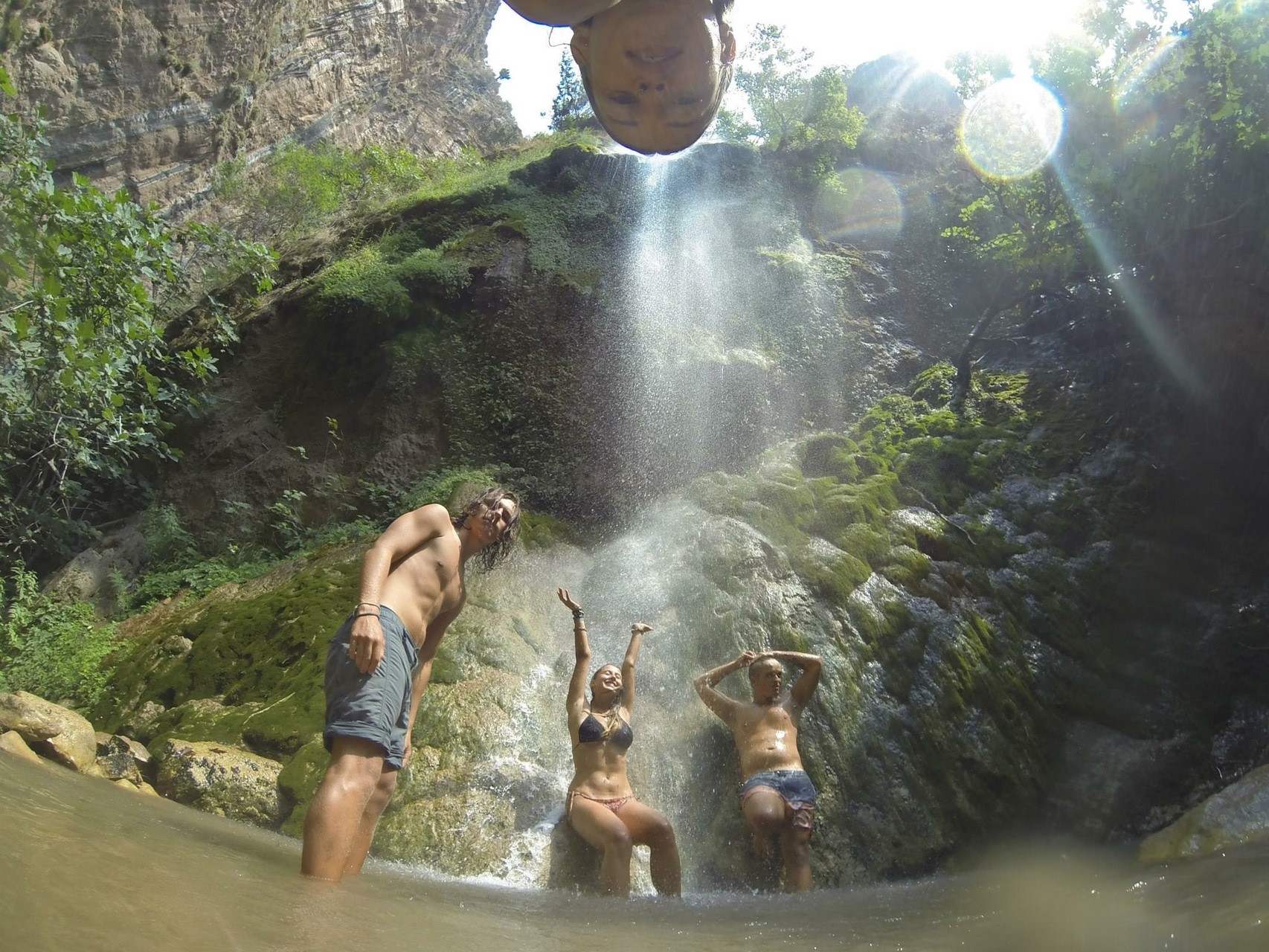 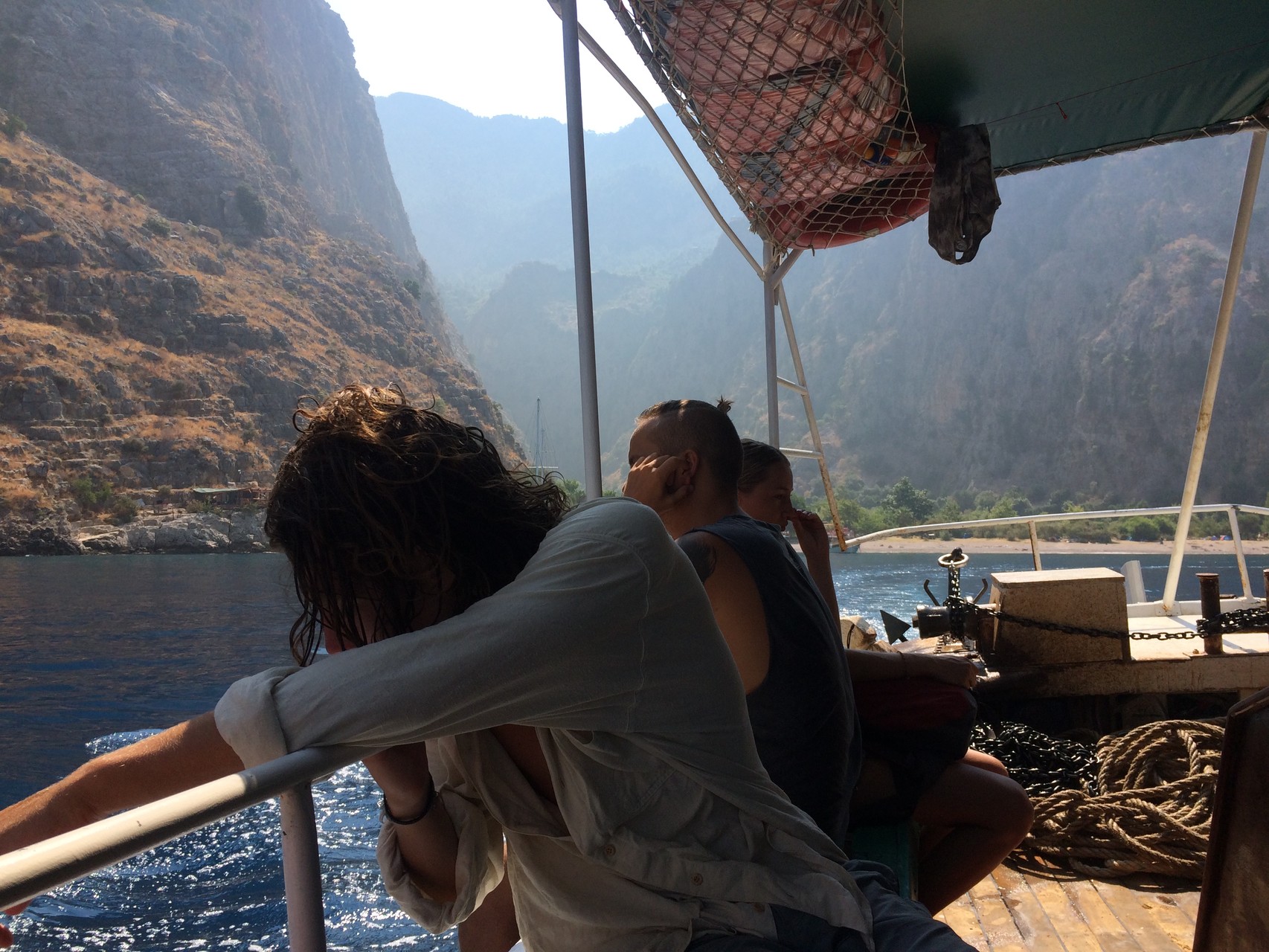 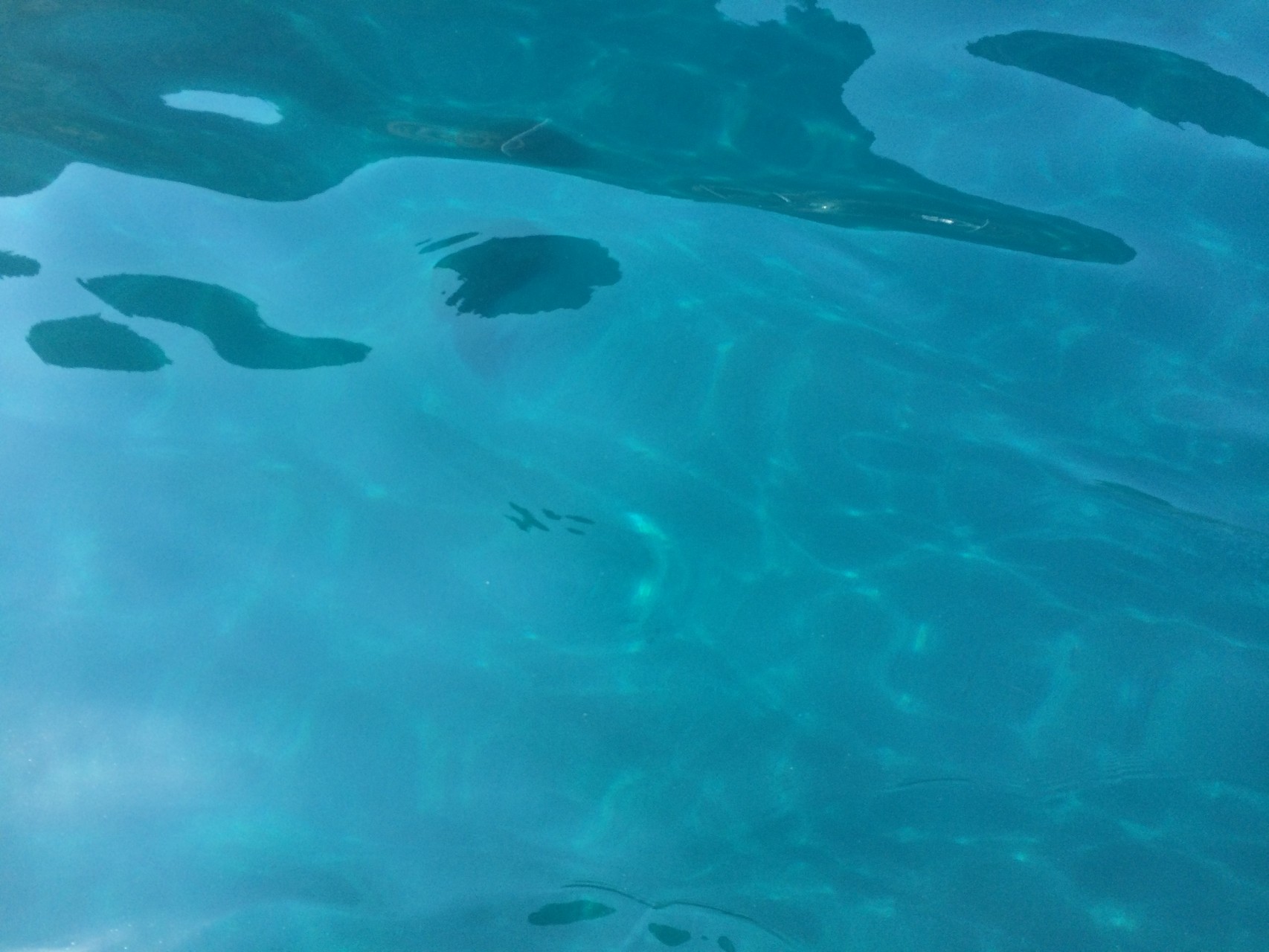 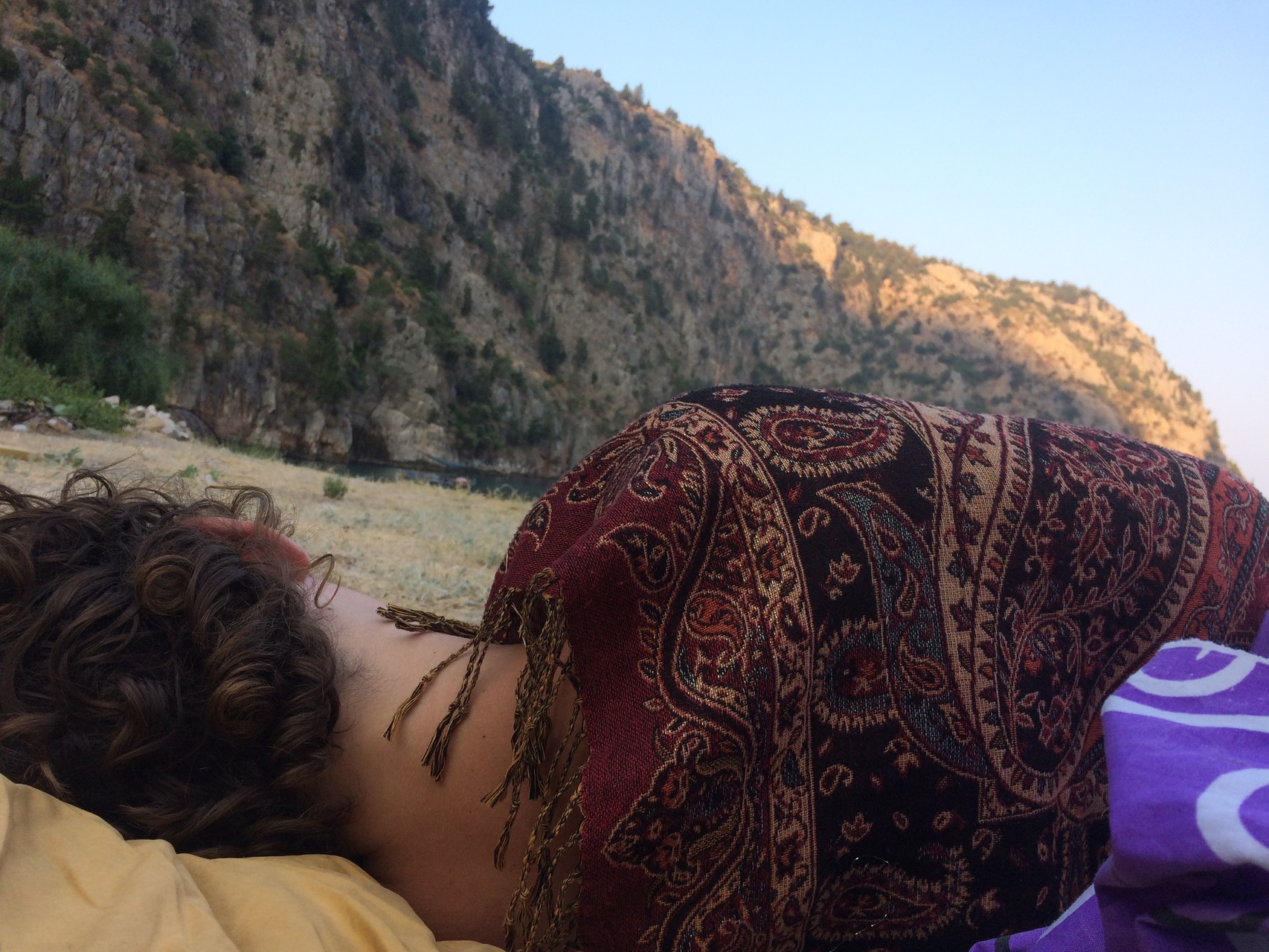 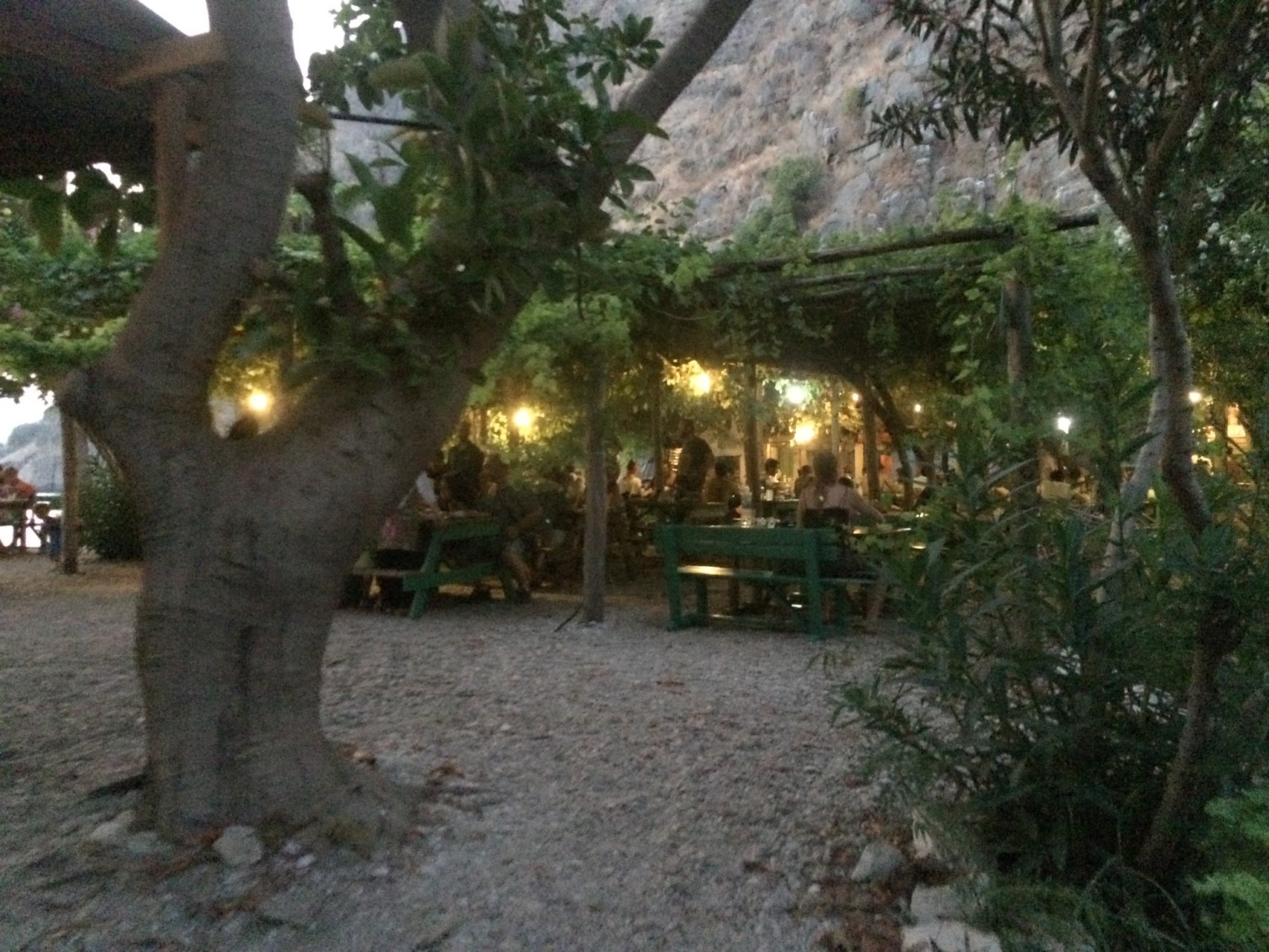 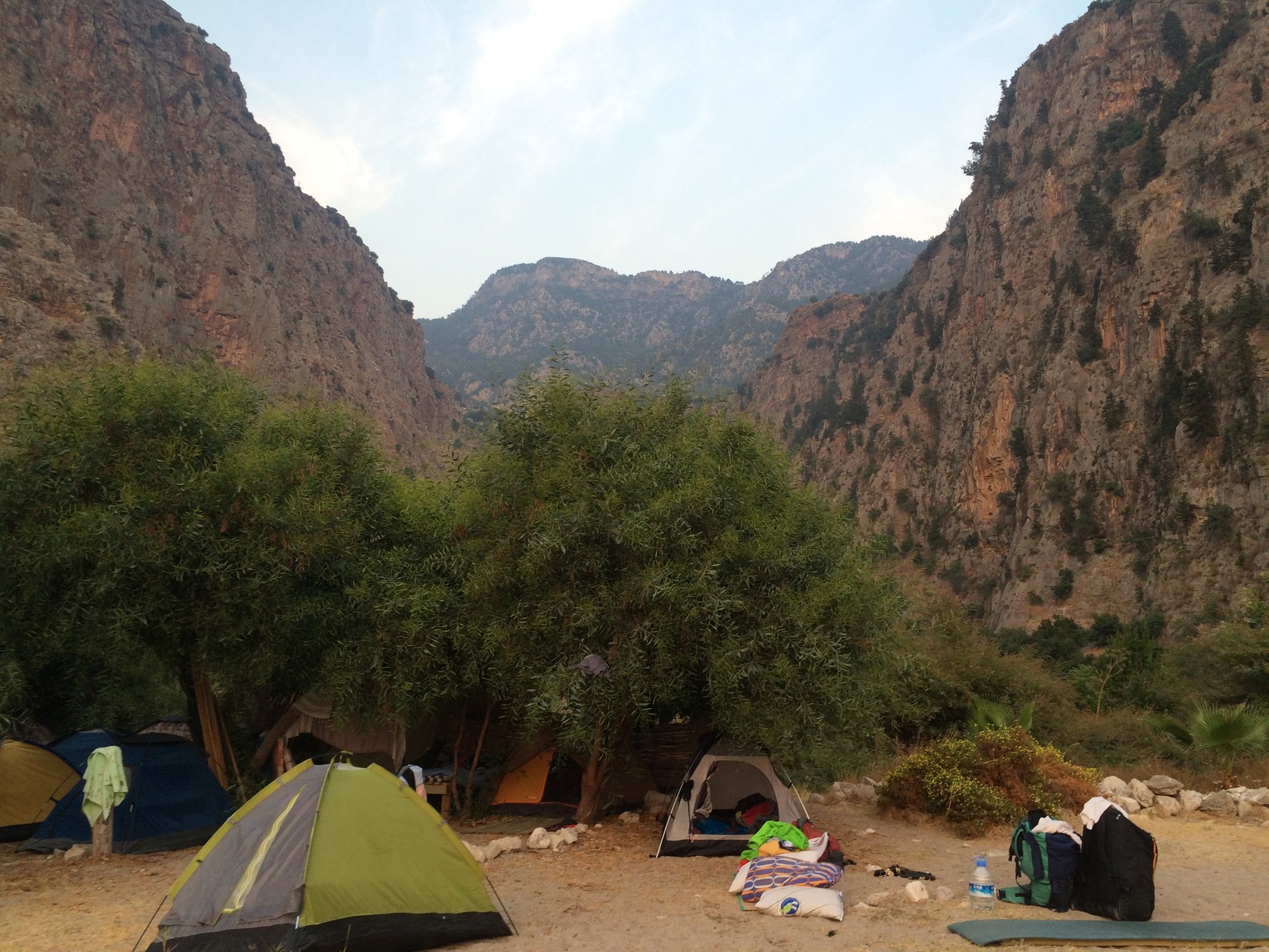 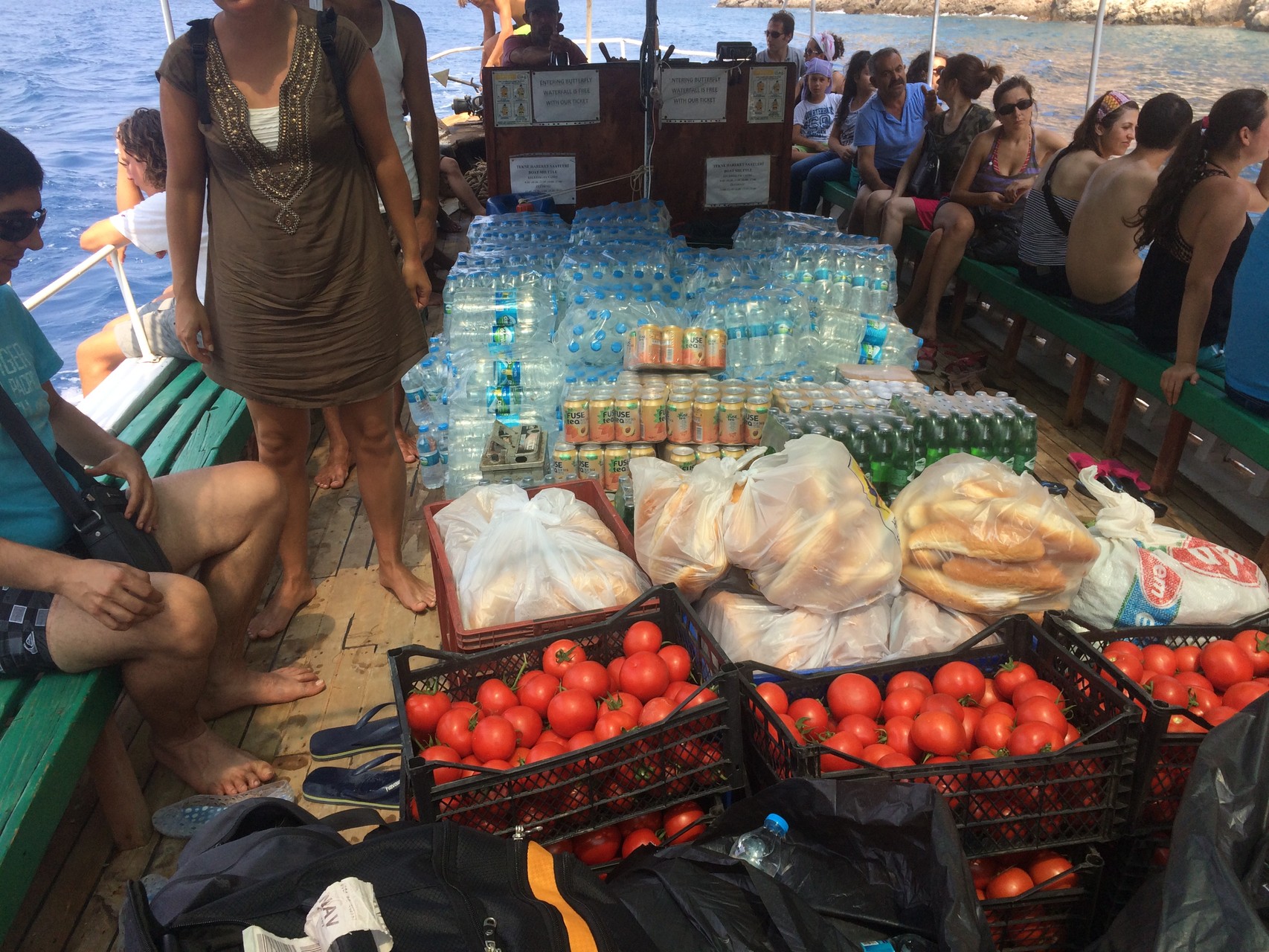